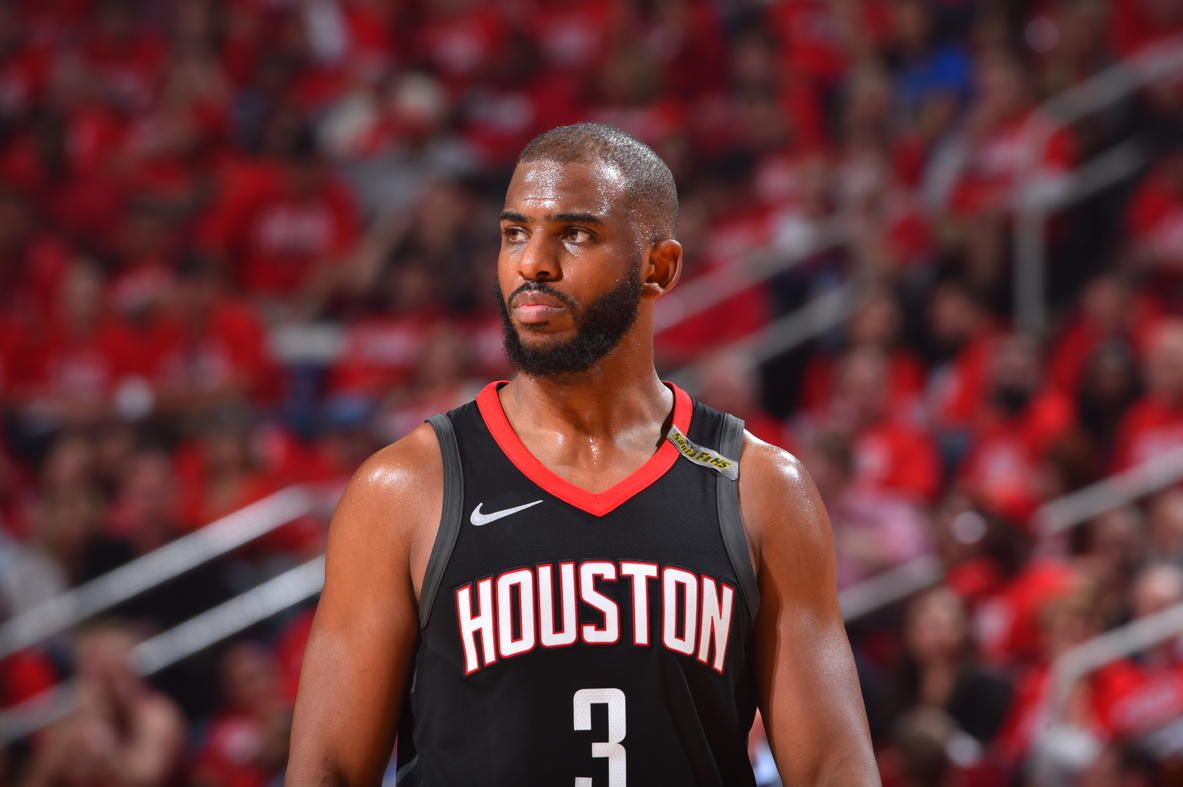 The disappointment surrounding the Houston Rockets’ semi-final exit at the hands of the Golden State Warriors has extended to their offseason plans as reports surfaced regarding star point guard Chris Paul’s demand to be traded before next season begins. However, Paul and Rockets general manager Daryl Morey were quick to brush off the speculations, hinting that Paul never issued a trade demand.

Here’s Morey’s statement on the matter, per Jonathan Feigen of the Houston Chronicle.

“A thoroughly exasperated Daryl Morey said Chris Paul and his reps have never  asked to trade him and he will be on Rockets next season. Said he and Harden do not have issues with one another and that he has spoken to both often this off-season  about free agency evaluations, plans.”

For his part, Paul also denied the rumors by commenting his disapproval on a social media post saying that he and the Rockets are about to part ways. The 34-year old playmaker is still a highly-valued talent around the league, but his age and the fact that he will be making more than $40 million every year for the next three years make him an expendable asset for Houston. He seemingly lost a step last season, averaging a career-low in points with 15.6 points per game.

Aside from his age and contract, rumors of a rift between him and Rockets superstar guard James Harden have been circulating for a long time now. Yahoo Sports’ Vincent Goodwill recently confirmed those speculations, saying that the partnership between the two combo guards is now “unsalvageable.”

Paul went to Rockets management and demanded a trade, and Harden issued a  "him or me" edict following the Rockets' second-round loss to the Golden State   Warriors, sources said.”

Recent on-court arguments between the two stars tell us that Goodwill’s report could be true. There were doubts around the league when the acquired Paul, a ball-dominant guard who would play alongside another ball-hungry superstar. Rockets head coach Mike D’Antoni’s offensive brilliance made the partnership work at first, but there were instances last season that Paul and Harden didn’t agree on some offensive sets.

Goodwill also points out that Harden hasn’t been responding Paul’s cues to have a communicative approach to work out the kinks this summer, mentioning that the respect between Paul and Harden has long been gone.

"There's no respect at all, on either side," a source told Yahoo Sports. "They need to  get away from one another. Chris doesn't respect James' standing in the league, and James doesn't respect the work Chris has put in to this point."

If the Rockets are to choose between the two playmakers, Harden should be the obvious choice. Right now, Harden is younger and more talented, and Paul’s contract is just too much for any team to take. ESPN’s Tim MacMahon reported that even Rockets team owner Tilman Fertitta has been regretting giving Paul that much of a salary last year.

“Houston was pushed close to the tax limit last summer by re-signing Paul to a four-year, $160 million max deal and Capela to a relative bargain contract worth $80 million plus incentives over five years. (Fertitta has grumbled about Paul's contract, expressing regret to Rockets staffers and even in front of rival executives, according to league sources.)”

The events leading up to the Rockets’ situation we are seeing right now tell us that Paul and Morey’s denial of the trade rumors is just an attempt to quiet down the chaos. It won’t come a surprise if the Rockets become aggressive in trading the nine-time All-Star before next season begins.

Before the New Orleans Pelicans successfully shipped Anthony Davis to the Los Angeles Lakers in exchange for a bevy of young guns and first-round draft picks, numerous other teams were in contact with the Pelicans front office to inquire about a possible deal for Davis. Among them were the Denver Nuggets, who obviously wanted to try pairing AD with their star center Nikola Jokic.

However, nothing concrete materialized as the Nuggets reportedly didn’t want the idea of trading away young combo guard Jamal Murray, a player that the Pelicans coveted the most in the Nuggets roster. Mike Singer of the Denver Post has the inside scoop on this failed trade talk.

“…the Pelicans insisted that any potential deal for Davis had to include Nuggets rising star Jamal Murray. That was a non-starter for the Nuggets, who a month ago finished their most successful season in a decade.”

Murray averaged career-highs of 18.2 points, 4.2 rebounds and 4.8 assists last season, while upping his scoring to 21.3 markers in his first taste of the playoffs. He and Nuggets star center Nikola Jokic have formed quite a chemistry especially last season, so it’s perfectly obvious why the team’s front office don’t want to break it up.

Furthermore, Shams Charania of The Athletic reported that the Pelicans are also gauging the market for an All-Star caliber talent like Bradley Beal of the Washington Wizards.

“Griffin has been open to moving the No. 4 overall pick, and one player league executives believe the Pelicans are monitoring in a potential trade is Washington Wizards All-Star Bradley Beal, sources said. But Wizards interim president Tommy Sheppard is running the Washington front office as of now, and the franchise has been adamant for months that it hopes to build around Beal.”

Beal has long been a sought-after trade candidate in the past couple of seasons. With consecutive major injuries to star point guard John Wall, Beal has become the face of the Wizards franchise and has shown the ability to lead a team in almost all fronts. The 25-year old combo guard normed career-high numbers of 25.6 points, 5.5 assists and 5.0 rebounds last season.

If the Pelicans indeed use the #4 pick as an enticing bait to the Wizards, there is a high possibility that the team will also include point guard Jrue Holiday in the deal. Having Beal should lessen the minutes of Holiday, especially with their new guards Lonzo Ball and Josh Hart also deserving of large minutes.

However, the Wizards have shown no inclination on trading away Beal. That could change if Washington successfully lure Masai Ujiri from the Toronto Raptors and install him as the face of their front office.

After missing out on AD trade, Celtics now about to lose Horford

It’s safe to say that this is not the offseason that the Boston Celtics imagined they would have right now. After reports saying that the Celtics will miss out on re-signing Kyrie Irving this summer, veteran big man Al Horford could be the next star bolting out of Boston. Steve Bulpett of the Boston Herald and Adrian Wojnarowski of the ESPN have separate reports on the potential Horford departure.

Bulpett: “Though no further information was given, other league sources from the West told the Herald it is expected Horford will sign a four-year contract elsewhere. With free agents unable to sign until July 6, there remains a possibility that changes on certain teams (even the Celtics) between now and then could impact this move, but it appears to be rather firmly set as of this point.”

Wojnarowski: “All-Star center Al Horford of the Boston Celtics will decline to exercise his $30.1 million option for the 2019-20 season and become an unrestricted free agent, league sources tell ESPN.”

The 33-year old Horford, who averaged 13.6 points, 6.7 rebounds, 4.2 assists and 1.3 blocks last season, should already be one of the Top 3 big man free agents this summer. His court smarts and versatility on both offense and defense are just two abilities in his unique skill set. He can effectively space out the floor and also deliver dishes to open teammates.

There are rumors saying that the Brooklyn Nets are in prime position to nab Horford’s services this offseason.