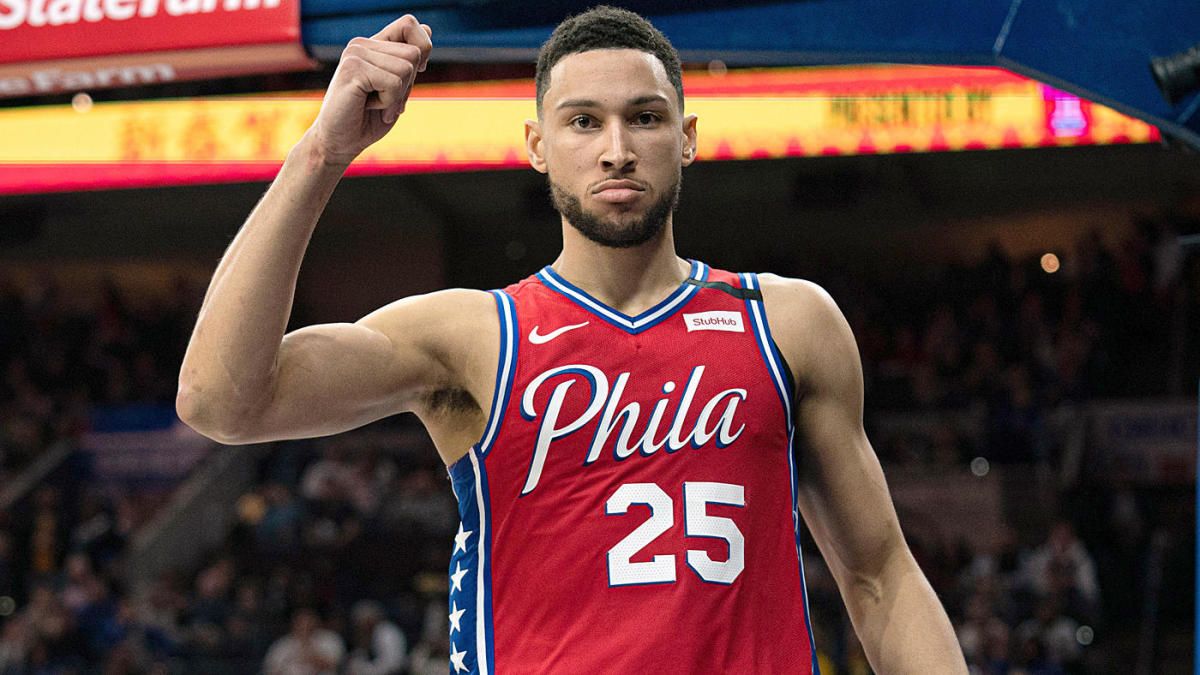 The Philadelphia 76ers had a disappointing exit in the NBA bubble after getting swept in their first-round playoff series against the Boston Celtics. The Denver Nuggets finished third in the Western Conference standings, but they are likely to exit in the first round as well after being down 3-1 in their series against the Utah Jazz. If the Nuggets eventually get eliminated, the two teams are expected to make a roster shakeup in the offseason.

And according to Jonathan Tjarks of The Ringer, the Nuggets and the 76ers should strongly consider making a blockbuster deal, which would benefit both teams next season. In his proposed deal, Simmons would be headed to the Nuggets in exchange for a package involving either Jamal Murray or Michael Porter Jr.

Tjarks said that the Nuggets need to pair Jokic with a player who could defend all five positions and he believes that Simmons fits the billing. He also pointed out that Simmons, who has the ability to attack the paint with ease because of his size advantage over opposing guards, would be a perfect fit with Jokic on the offensive end of the floor.

"Ben Simmons will be a perennial All-Defensive Team selection through the next decade. He could also be the perfect defensive partner for Jokic," Tjarks said. "The two would be even more fun to watch on offense. Jokic isn’t a ball-dominant player and is more of an offensive threat from the perimeter than Joel Embiid. Imagine the room that Simmons would have to attack off the dribble with Jokic popping out to the 3-point line, or how Jokic could find Simmons as a cutter from the high post, or how they could push the ball together in Denver’s Mile High altitude."

Giving up Murray or Porter would be a hard decision for the Nuggets because both players are showing their oozing potential inside the NBA bubble. Murray is arguably one of the best guards since the NBA Restart, as he was able to bring his offensive game into another level. In the first five games of the series against the Jazz, the 23-year-old guard averaged 30.8 points to go along with 6.8 assists and 6.4 rebounds per game.

But if the Nuggets really want to get another star, they need to give up a lot as well. By getting Murray, the 76ers would get a player who will likely be a better partner for Embiid than Simmons. Simmons is not known for his outside shooting, while Murray can definitely space the floor. Tjarks said that Porter would also be an ideal target for the Nuggets in the event the Denver decides to keep Murray.

"Supersized wings with his ability to shoot and score off the dribble don’t come around often," Tjarks said. "Both would be much better offensive compliments for Embiid than Simmons. A healthy and engaged Embiid could also do more than Jokic to protect Murray or Porter, neither of whom projects as a stopper, on defense. The 76ers would probably demand both in any potential deal. But the Nuggets should be able to hold the line at just one."

It is worth noting that the 76ers general manager Elton Brand has publicly said that he will not trade Embiid and Simmons in the offseason. However, the 76ers are in search for a new coach, which could possibly change their stance on keeping their superstar duo. Tjarks thinks that trading either Simmons or Embiid makes sense for the 76ers because they will likely keep losing in the first or second round of the playoffs if they keep them.

"Philadelphia will have to move on from either Simmons or Joel Embiid eventually," Tjarks insisted. "Their current team will need nothing short of a miracle to win a championship. And the Sixers won’t be able to get back any good players for Al Horford or Tobias Harris given their oversized contracts."

If the Philadelphia 76ers decide to break their superstar duo, Greg Swartz of Bleacher Report believes that the Chicago Bulls should go after Embiid. The Bulls overhauled their front office this season, appointing Arturas Karnisovas as the new executive vice president of basketball operations, and Marc Eversley as the new general manager. Their new-look front office are aiming to put an end to Chicago's misery.

The Bulls are not in a rush, though, as one of their goals is to make a splash in 2021 free agency. However, Swartz said that Chicago should aim to reach the playoffs next season to become an attractive free-agency destination. He is convinced that trading for Embiid would work wonders for the Bulls. He said that Embiid would even become a better player in Chicago because of current core of the Bulls.

"Putting a floor-spacing power forward in Lauri Markkanen and some three-point- happy guards in Zach LaVine and Coby White around him would help maximize his room to work inside the arc, and his elite defensive potential could erase a lot of poor team play on that end of the floor," Swartz said. "For free agents considering joining Chicago in 2021, having one of the game's best centers as a selling point would be a huge recruiting tool, as well."

Embiid saw his numbers went down this season from 27.5 points and 13.6 rebounds to 23.0 points and 11.6 rebounds, but it is likely because of his decreased playing time -- from 33.7 minutes to 29.5 this season. Security won't be an issue for the Bulls as well because the 26-year-old center still has three seasons left in his contract.

If Sixers GM Elton Brand is really serious about keeping both Embiid and Simmons, Swartz said that Philadelphia should trade for another marquee player. The 76ers actually have other "stars" in the roster like Tobias Harris and Al Horford, but their performance this season might be enough to prove that their current roster needs an overhaul.

Swartz said that the 76ers should trade for Oklahoma City Thunder point guard Chris Paul. The superstar point guard is nowhere near his prime anymore, but he led the young Thunder squad to the playoffs this season. It is unclear what the asking price for Paul is, but Swartz is convinced that trading for veteran playmaker makes a lot of sense for Philly.

"If the Sixers plan on keeping both Ben Simmons and Joel Embiid, they'll likely need another ball-handler," Swartz said. "Paul may be well past his prime at age 35, but he's carried the Thunder to the playoffs this season and changed the culture in what many assumed would be a rebuilding year in OKC. The Sixers are in desperate need of a makeover, and Paul would only need to serve as a table-setter and locker room leader."

In 70 games for the Thunder this season, Paul averaged 17.6 points on 48.9 percent shooting from the field to go along with 6,7 assists, 5.0 rebounds, and 1.6 steals per game. His leadership has also been praised around the league, turning the Thunder into a playoff contender despite having a young supporting cast around him. Paul was traded to the Thunder after the team had to move superstars Russell Westbrook and Paul George.

The Sacramento Kings will enter a new era again after general manager Vlade Divac and assistant general manager Peja Stojakovic stepped down from their post following their disappointing campaign inside the NBA bubble. Sacramento's roster needs an overhaul if they want to at least contend for a playoff spot next season.

According to Mandela Namaste of Bleacher Report, Sacramento should shop veteran guard Buddy Hield. The 27-year-old guard is coming off a strong season for the Kings, as he posted 19.2 points and 4.6 rebounds per game. However, the former Oklahoma standout is reportedly unhappy of his bench role.

In 72 games this season, he started in just 44 games for Sacramento. Joe Dumars, who took over from Divac, might find a way to make him happy again, but his role is unlikely to change because the Kings have made it no secret that they will prioritize keeping restricted free agent Bogdan Bogdanovic, who plays the same position as Hield. If Hield remains unhappy, Namaste said that the Kings should just trade him for a player who could improve their depth in other positions.

"Perhaps Hield's issues with the Kings stemmed specifically from Vlade Divac's presence, and the arrival of Dumars will smooth things over. Considering the lack of depth at other positions on Sacramento's roster, boasting two starting-caliber shooting guards means that one should be moved," Namaste said. "Hield's already-checkered history with the franchise makes him a more obvious choice than Bogdanovic."

The Kings will not have a shortage of possible trade partners according to Namaste. He thinks that the Philadelphia 76ers would be interested in acquiring the former sixth-overall pick. Namaste also mentioned the Dallas Mavericks and New York Knicks as potential destinations, considering the fact that both teams need shooters in the roster.