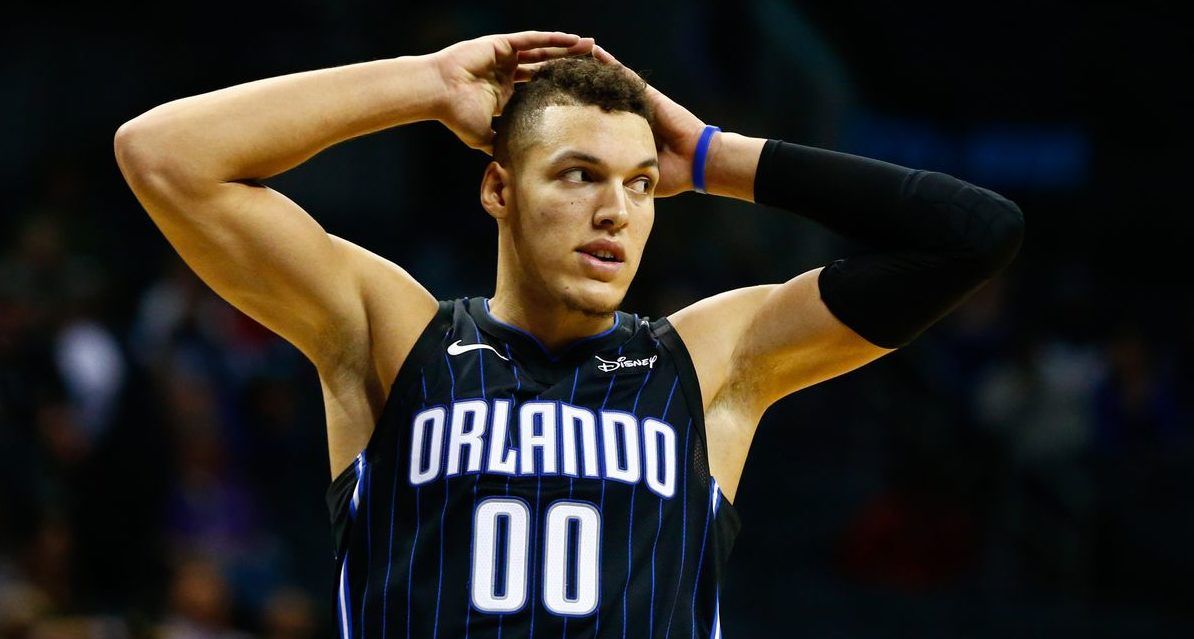 The Golden State Warriors are continuously being linked to several superstars, as they are expected to be very aggressive on the trade front this offseason after having a dismal year. After losing to the Toronto Raptors in the finals last season, the Warriors ended up with the worst record in the league mainly due to injuries.

The Warriors played without superstar guard Klay Thompson for the entire season because he is still recovering from the ACL tear he sustained against the Raptors. Former NBA Most Valuable Player Steph Curry also missed a huge chunk of the season due to a left-hand injury. Kevin Durant also left Golden State for the Brooklyn Nets.

But while the Warriors are looking like a forgotten team, most experts are expecting them to return with a bang next season. By finishing with the worst record this season, they have a strong chance to land one of the top picks in the draft. They can either use the pick to solidify their young core or use it as trade bait for another marque player.

If the Warriors decide to trade the pick for a proven veteran, Grant Liffmann of NBC Sports believes that Golden State should make a run at Orlando Magic superstar Aaron Gordon. Liffmann is convinced that Gordon would be a good fit for the Warriors, who are still expected to rely on Curry and Thompson heavily.

"Gordon is the perfect small/power forward hybrid who has the athleticism to keep up with quicker players, and the strength to push back on the stronger ones," Liffmann said of the high-flying forward. "He is not a perfect defensive player, but the tools are there. Offensively, he can be streaky at times. In some stretches, he looks the part of an All-Star, impressively shooting from the outside and slashing to the rim and finishing over the best opponents."

Gordon is averaging 14.4 points to go along with 7.7 rebounds and 3.7 assists for the Magic this season. It is worth noting, though, that the Warriors need to be creative to acquire Gordon, who is set to earn $18.13 million next season and $16.41 million in the 2021-22 season.

Aside from Gordon, Liffmann also feels that the Warriors should consider chasing Magic guard Terrence Ross. The veteran was previously known for his mid-range game but has shown improvements in his three-point shooting. This season, the 29-year-old is average 2.6 three-pointers per game.

"On the Warriors, Ross would not be asked to create for his own as much as stand ready for catch-and-shoot opportunities as well as cuts to the rim," Liffmann said. "That adjusted role should improve his efficiency in theory, something the Warriors would need for him to be effective. Yet concerns about his streaky shot and slightly elevated salary might make the front office hesitate from pursuing too hard."

Meanwhile, the Portland Trail Blazers are also expected to shore up their roster, especially if they fail to go deep into the playoffs this season. Portland is currently fighting for the eighth and final playoff spot in the Western Conference.

According to Andy Bailey of Bleacher Report, the Trail Blazers should keep an eye on LaMarcus Aldridge. The Blazers could create room for Aldridge if they let Hassan Whiteside walk away in the offseason. Aldridge has made it no secret that returning to Portland would be an option for him down the road.

Aldridge spent the first nine seasons of his NBA career in Portland before moving to the San Antonio Spurs as a free agent in 2015. He was the primary scoring option for the Blazers during the majority of his stay in Portland. In the event he finds his way back to his old team, Bailey believes that he would be a perfect fit for Portland.

"Being the third option behind Lillard and CJ McCollum might be the ideal role for the twilight of Aldridge's career, especially since he finally embraced the three-point shot this season," Bailey said. "With him pulling bigs away from the paint, driving and cutting lanes would be more open for the two guards and Jusuf Nurkic's post game."

According to Bailey, Portland could package Trevor Ariza and Rodney Hood to acquire Aldridge. The deal would hurt Portland's wing rotation, especially if they decide not to keep Carmelo Anthony beyond this season. However, Portland could lean on and develop their young wing players like Anfernee Simons, Nassir Little, and Garry Trent Jr.

The Brooklyn Nets are reportedly one of the teams that are monitoring the situation of Zach LaVine in Chicago. The Nets are expected to be among the contenders in the Eastern Conference next season with a healthy Kevin Durant and Kyrie Irving. Adding LaVine to the fold would even raise their stock next season.

LaVine has developed into one of the highest-scoring guards in the league. In 60 games for the Bulls this season, the 25-year-old guard averaged 25.5 points, which is the 11th-highest in the league this season, to go along with 4.8 rebounds and 4.2 assists per game.

The Nets were also mentioned as a potential suitor for Washington Wizards guard Bradley Beal. However, Bailey thinks that LaVine is a more realistic option for Brooklyn, especially if the high-flying guard decides to ask the Bulls to trade him. His conflict with Bulls head coach Jim Boylen has been well-publicized earlier in the season.

"LaVine is two years younger and was within shouting distance of Beal in box plus/minus," Bailey said of the Nets trading for either Beal or LaVine. "A move like the one detailed above would impact the Nets' depth, but it would also raise the ceiling of the starting five, assuming the top three options can figure out how to share the ball."

Aside from LaVine, Bailey previously mentioned Aaron Gordon as an ideal trade target for the Nets. While getting Gordon will not be as big as trading for LaVine, he believes that the athletic power forward would be a good fit with both Irving and Durant, who are both ball-dominant superstars.

"For the Nets, Gordon doesn't give them a superstar to round out a Big Three with Irving and Kevin Durant, but he still has upside too," Bailey said. "And with the big names providing more than enough scoring, Gordon could settle into a defense-first, playmaking-4 type of role."

John Wall Trade Could Turn Tables Around for Phoenix Suns

The Phoenix Suns are one of the hottest teams in the NBA bubble after winning in their first three games. They have a shot at the eighth and final playoff spot in the Western Conference, but going deep into the postseason appears to be a long shot for the young Suns squad.

If the Suns want to get a better shot next season, Bailey believes that they should consider trading for Washington Wizards guard John Wall. The 29-year-old guard has missed the entire 2019-20 NBA season due to an Achilles tear, but having a fresh start in Phoenix might be the best option for him, the Suns, and the Wizards.

"If he can even get close to his pre-injury self, Wall would raise the ceiling of the Suns. He brings similar length to Rubio on defense, and he's able to create much more chaos with his speed on the other end," Bailey said. "For Washington, this deal would give it a chance to get out from under one of the league's most onerous contracts."

Wall still has three years left in his four-year, $171.13 million contract with the Wizards that would pay him $41.25 million in 2021, $44.31 million in 2022, and $47.37 million in 2023. Trading the superstar guard would give the Wizards a massive cap relief, and would allow them to build around Beal and their young players like Rui Hachimura, Thomas Bryant, and Davis Bertans.

Beal managed to prove that he is ready to take bigger responsibilities in Washington this season. Without Wall, the former third-overall pick averaged career-highs 30.5 points to go along with 4.2 rebounds. Because of his performance this season, he has also been mentioned in numerous trade rumors.

According to Chase Hughes of NBC Sports Washington, the Wizards might go for the kills on the trade front in the offseason. He pointed out that Wizards chairman Ted Leonsis has made it no secret that he wants to compete as soon as possible.

"The most surefire way to do that is not likely going to be in the draft, though they should have another prime selection this year. Young players take time. And it probably won't be in free agency, either, given they have limited salary cap room and it is a relatively thin class of players," Hughes said. "No, the most likely way for the Wizards to vault forward quickly is with a trade."