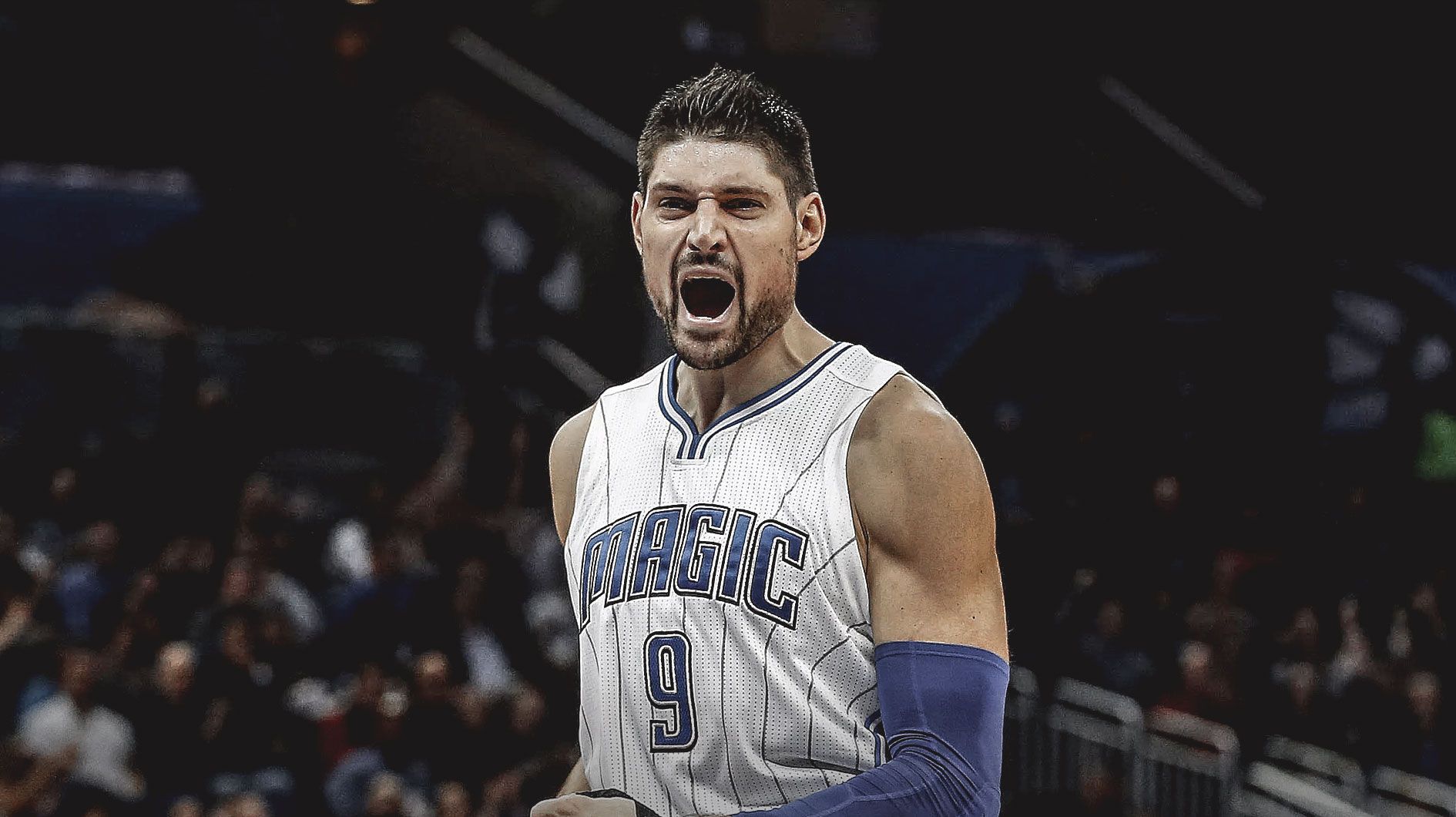 Former NBA superstar Paul Pierce believes that the Golden State Warriors will be in the middle of the pack in the stacked Western Conference next season if they fail to add another star-caliber player this offseason. Golden State will welcome Klay Thompson back from injury, but there will be a lot of question marks about his health. Andrew Wiggins will play in his first full season in the Bay Area, but there are always doubts about his consistency.

Golden State owns the second overall pick in the 2020 NBA Draft, which would give them the chance to nab top prospects Anthony Edwards, James Wiseman, or LaMelo Ball. However, if Pierce is to decide, he would trade the second pick and Wiggins for another star, suggesting that the Warriors should reach out to the Orlando Magic about a potential deal for Nikola Vucevic.

"If they can turn this draft pick and Wiggins into acquiring another All-Star or All- Star caliber player, then yes they can get back into contention," Pierce said. "And a name that comes to mind -- Vucevic. I think he could go in there and fit right in among their guards. He gives them a down-low presence and can knock down shots. If they can do that, then yes. But if not, they'll be right there in the middle of the pack in the Western Conference."

According to Drew Shiller of NBC Sports, trading for Vucevic would give the Warriors a constant factor in their frontcourt, which they lacked in the past several seasons. The 29-year-old center still has three seasons left in his four-year, $100 million contract. However, Shiller added that giving up Wiggins might backfire because it would be hard for Golden State to find a wing replacement.

"Parting ways with Wiggins would leave a huge void on the wing, and Golden State wouldn't have the opportunity to fill it in the draft after trading out of the first round entirely," Shiller said. "Ultimately, it's way too early to know whether the Warriors  will be "dominant" again or not. We have to see what happens in the draft and free agency before forming any firm conclusions. Everybody is operating with incomplete             information right now."

This is not the first time that Vucevic was linked to the Warriors. Preston Ellis of Bleacher Report recently suggested a trade between the Warriors and the Magic. In his proposed deal, the Warriors will receive Vucevic, Terrence Ross, and the 15th pick in this year's draft in exchange for Wiggins, Kevon Looney, Jordan Poole, and two first-round picks, including the second pick this year.

Ellis thinks that the deal would make a lot of sense for the Warriors despite giving up a lot. He pointed out that based on how Vucevic performed in the playoff last season, the former USC standout could take a lot of burden away from Steph Curry and Thompson next season, which could make both superstars fresh in time for the postseason next year.

"Vucevic, a 2019 All-Star, was sensational in the opening round of the bubble playoffs against Milwaukee, averaging 28.0 points, 11.0 rebounds and 4.0 assists on 50.5 percent shooting from the field and 40.9 from three," Ellis wrote. "He did this despite being matched up against All-Defensive second-teamer Brook Lopez. That kind of complementary playmaking and shooting should help lift the burden from Steph             Curry and Klay Thompson as they regain their footing."

Vucevic averaged 19.6 points and 10.9 rebounds in 62 games for the Magic last season. Orlando might also be more willing to trade Vucevic because they have plenty of options down low in Aaron Gordon, Khem Birch, Mo Bamba, and Chuma Okeke, and Jonathan Isaac, when he recovers from injury.

Aside from Vucevic, the Warriors are also being linked to New Orleans Pelicans guard Jrue Holiday. The Pelicans are entering a new era under new head coach Stan Van Gundy, who will likely focus on developing their young players like Brandon Ingram, Zion Williamson, Lonzo Ball, Josh Hart, Jaxon Hayes, and Nickeil Alexander-Walker. This could make Holiday more available in trades this offseason.

NBC Sports insider Tom Haberstroh previously said that the Warriors will surely reach out to the Pelicans about a potential deal for Holiday. The 30-year-old point guard is coming off another strong season for the Pelicans, where he averaged 19.1 points on top of 6.7 assists and 4.8 rebounds per game. While his number are very attractive, his impact is more felt on the defensive end of the floor, as he is regarded as one of the best defenders in the league.

However, the Pelicans do not really need be in a rush to trade Holiday, which means that their asking price will be high. The second pick in the 2020 NBA Draft is unlikely to be enough to convince New Orleans to trade the veteran guard. According to Nathan Beighle of Blue Man Hoop, the Pelicans might agree to a trade if the Warriors will offer the second pick and Wiggins.

"This is the most reasonable, easiest form of any trade for Holiday," Beighle said of  trading Wiggins and the second pick for Holiday. "It would allow the Pelicans to make Brandon Ingram their superstar and play through both him and Zion Williamson. It would also bring in a high-potential role player in Wiggins. The bigger part of this deal for New Orleans is that No. 2 overall pick. They have Ingram and Williamson, two very young stars. Now, they could add a third to potentially start their dynasty."

The Warriors are also armed with a huge trade exception, which they can use to acquire more salaries that what they will give up in a potential trade. Golden State got a $17.2 million trade exception when they sent Andre Iguodala to the Memphis Grizzlies last year. Bobby Marks of ESPN said that he would be surprised if the Warriors decide not to use the trade exception this offseason.

"The exception certainly is valuable, as it can be used in multiple ways," Marks sad. " For example, the Warriors could trade the No. 2 pick (whether that's for a player or in a move down the lottery) in exchange for a player (or multiple players) earning up to $17.2 million in total salary. Another option would be Golden State acquiring someone another franchise is looking to shed, and netting a future draft pick in the  process."

If the Warriors opt to use the exception, it would mean a higher luxury tax bills for them this season. Teams are expected to be hesitant to spend, considering the huge revenue loss brought by the pandemic last season. It is also unsure if fans will be allowed in the arenas when the new season begins. However, Warriors head coach Steve Kerr recently said as well that he will not be surprised if team owner Joe Lacob allows them to use the exceptions.

"If you just look at it sort of realistically, no fans in the building, that would seem to be a long shot," Kerr told Tim Kawakami of The Athletic. " But one thing I’ve learned with Joe is never say no, you never say never. Joe is so competitive and constantly is putting his money where his mouth is because he wants to win so badly and because he knows that we’re in the midst of a run that can continue so I don’t put anything past Joe."

The Warriors also have the $5.7 million taxpayer mid-level exception, which they can use to add a veteran who could help them improve their chances of winning a title next season. Hoopshypereported that words from China revealed that the Warriors will be eyeing to sign veteran guard Jeremy Lin this offseason. Lin spent the previous season in China in the hopes of improving his stock for a possible return to the NBA.

"According to a reliable source, the Golden State Warriors have expressed a clear interest in Jeremy Lin," the report indicated. " The Warriors’ core Curry likes Jeremy Lin’s way of playing and clearly expressed his hope that he can join the Warriors. Although Jeremy Lin has not made a decision yet, this Obviously it is already one of his very important choices."

However, the Lin-to-Warriors scenario is not set in store because the Brooklyn Nets are also interested in adding the former Harvard University standout. Nets owner Joe Tsai reportedly wants to add Chinese elements in Brooklyn, and he has a good relationship with Lin. Regardless of where he will end up, Lin, who last played in the league with the Toronto Raptors in 2019, will be a backup guard to proven stars like Curry and Nets superstar Kyrie Irving.