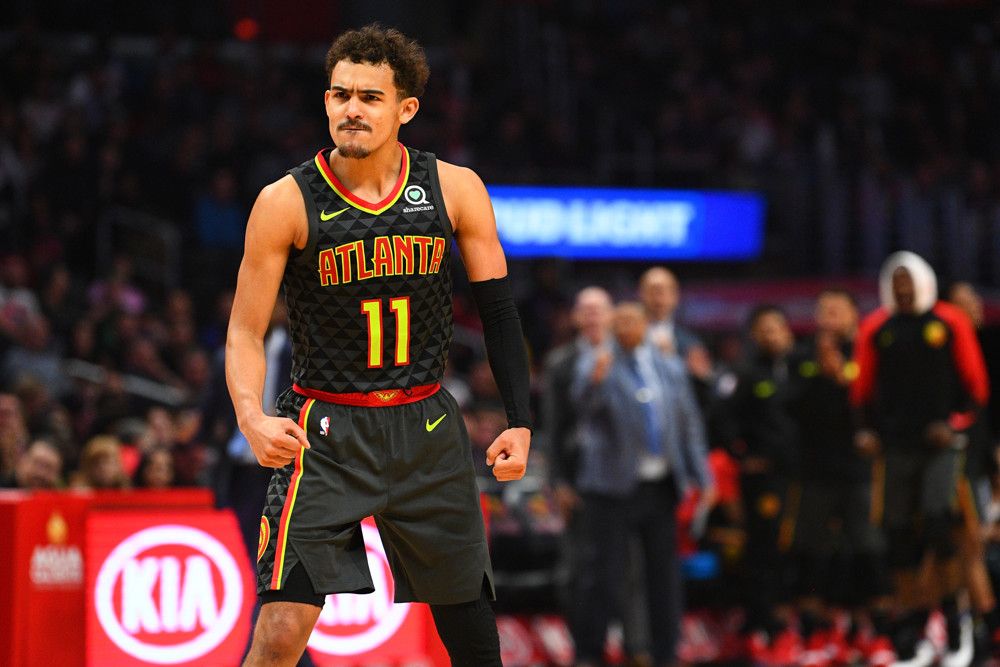 Hawks priming themselves up for playoff contention with Capela trade

In multiple separate trades that they did before the trade deadline, it was obviously clear that the Atlanta Hawks wanted to fulfill a promise they made to first-time All-Star point guard Trae Young. It could be remembered that Young was in an absolute dismay over sustaining another big loss during a game in the first half of the season. The sophomore scoring guard had every right to be frustrated, especially with how he has been performing this year. The 21-year old ace is already norming incredible averages of 29.7 points, 4.4 rebounds and 9.1 assists in just his second year in the league, a tremendous feat for a young point guard in the NBA.

So it is perfectly understandable that the Hawks management lend their attentive ears for what Young has to say. Reports have it that Young wanted the front office to surround him with more quality players. Of course, that may be easier said than done considering that the Hawks were reluctant in making young budding players like John Collins or Kevin Huerter available in trade talks.

Yet, the Hawks found a way to bolster their roster in a big way, making them a darkhorse trade deadline winner. They may have given up a couple of future draft picks, but they landed a young, starting-caliber center in Clint Capela. The 25-year old big man is coming off an impressive double-double season in which he tallied 16.6 points, 12.7 rebounds and 1.5 blocks per contest. But with the Rockets activating full small-ball line-up this year, Capela’s importance to the team decreased and his production dipped. Still, he will greatly benefit from Trae’s pick-and-roll playmaking brilliance, and he will be given more opportunities on offense.

Moreover, he has the chance to become the leader of this young Hawks squad. Although he is just 25 years old, he is already at his sixth year in the league. Capela knows that he has to be more communicative on and off the court to help his new, young teammates develop their overall skill sets, as per Sarah K. Spencer of The Atlanta Journal-Constitution.

“It’s a young group, young coach, too. They’re all trying to grow together, young players, young core. They’re all trying to learn out here, I can see, and there’s definitely a huge difference between this roster and the Houston roster, which was way older. I felt more like a rookie in my sixth year there. Here, I really feel like a vet.

Definitely my experience, what I’ve been through with Houston these past six years. Definitely be more willing to communicate, more than whenever I was in Houston. Talk more, especially because this young group, they haven’t really been on the court that much. They haven’t had as much experience as I did. So I’m going to be able to communicate more and it’s going to be different.”

Interestingly, the Hawks didn’t have Capela as their topmost priority. There were reports saying that they were engaged in serious talks to acquire Detroit Pistons All-Star center Andre Drummond. However, it became apparent that the Pistons coveted John Collins, prompting the Hawks to back out from the negotiations.

That disappointing outcome turned out to be a blessing in disguise. Not only did they give up any major players in the Capela deal, but they also received a budding All-Star who will be with them until the 2022-23 season. On top of that, Capela also has a bargain contract packed with his versatile skill set. He is set to earn only $16 million next season, a relatively low salary for a big man who puts up a lot of impact on both offense and defense.

"What I really like most about Clint offensively is just how hard he runs. By him running hard to the rim every single time, obviously he’s a threat to score, but that opens up the floor for shooters as well. It takes a special person to run a hundred percent down the floor every time knowing that you might only get the ball 30 or 40 percent of the time, and that speaks a lot to the kind of player he is."

With Capela’s arrival, the Hawks will immediately have an intriguing frontcourt duo that could blend with each other’s game. While Capela is more of a hustle player and an excellent lob finisher, Collins’ deadly outside game should have opposing teams’ defenses confused.

In two more separate trades before the deadline, the Hawks brought back center Dewayne Dedmon and brought in a new face in Skal Labissiere. Atlanta may have given up two of their rotation players in Alex Len and Jabari Parker, but Dedmon’s veteran presence should more than make up for those two absences.

After a couple of seasons with the Hawks, Dedmon signed with the Sacramento Kings last summer. However, the 30-year old big man only normed 15.9 minutes per game for his new team as the Kings coaching staff were more inclined towards testing young cager Marvin Bagley in the center position.

Yet, Dedmon’s impact on both ends of the floor should earn him more minutes for the Hawks. In the two games he played for Atlanta since being brought back last week, Dedmon is already averaging all-around numbers of 12.0 points, 8.5 rebounds and 3.5 blocks per contest. He has also improved his consistency from the three-point line, evident in his three total treys in those two games. Dedmon points out that he expects to fulfill a veteran mentor role for his team, especially on the defensive end.

"Just being able to come in and be a veteran. Talking to the young guys, making sure they know different coverages, and just kind of leading by example and making sure I go out and play hard every night."

Labbisiere, on the other hand, comes in with a youthful excitement and an untapped potential. The 6-foot-10 stretch big man is putting up 5.8 points and 5.1 rebounds this season, not bad for a player norming only 17.2 minutes per game. However, it remains to be seen when he will be coming back from a left knee injury that forced him to be sidelined since last December.

With all of these frontcourt acquisitions, Schlenk emphasized that each player comes in with varying skill sets that would perfectly fit their system moving forward.

"One of the things that we’ve maintained through this whole process is we want to be competitive. We have a ton of flexibility moving forward still, and we feel like we added three great players that fit our culture, and each of them brings a little something different."

With both Capela and Labissiere on the mend from their respective injuries, only Dedmon has played for the Hawks since being traded. As they are sporting a lowly 15-40 record this season, many people expect the Hawks coaching staff to ease Capela into the rotation. Still, it is obvious that Atlanta is gearing up for a drastic improvement next season as Trae, alongside the team’s already-impressive young guns, continues to develop their respective games.