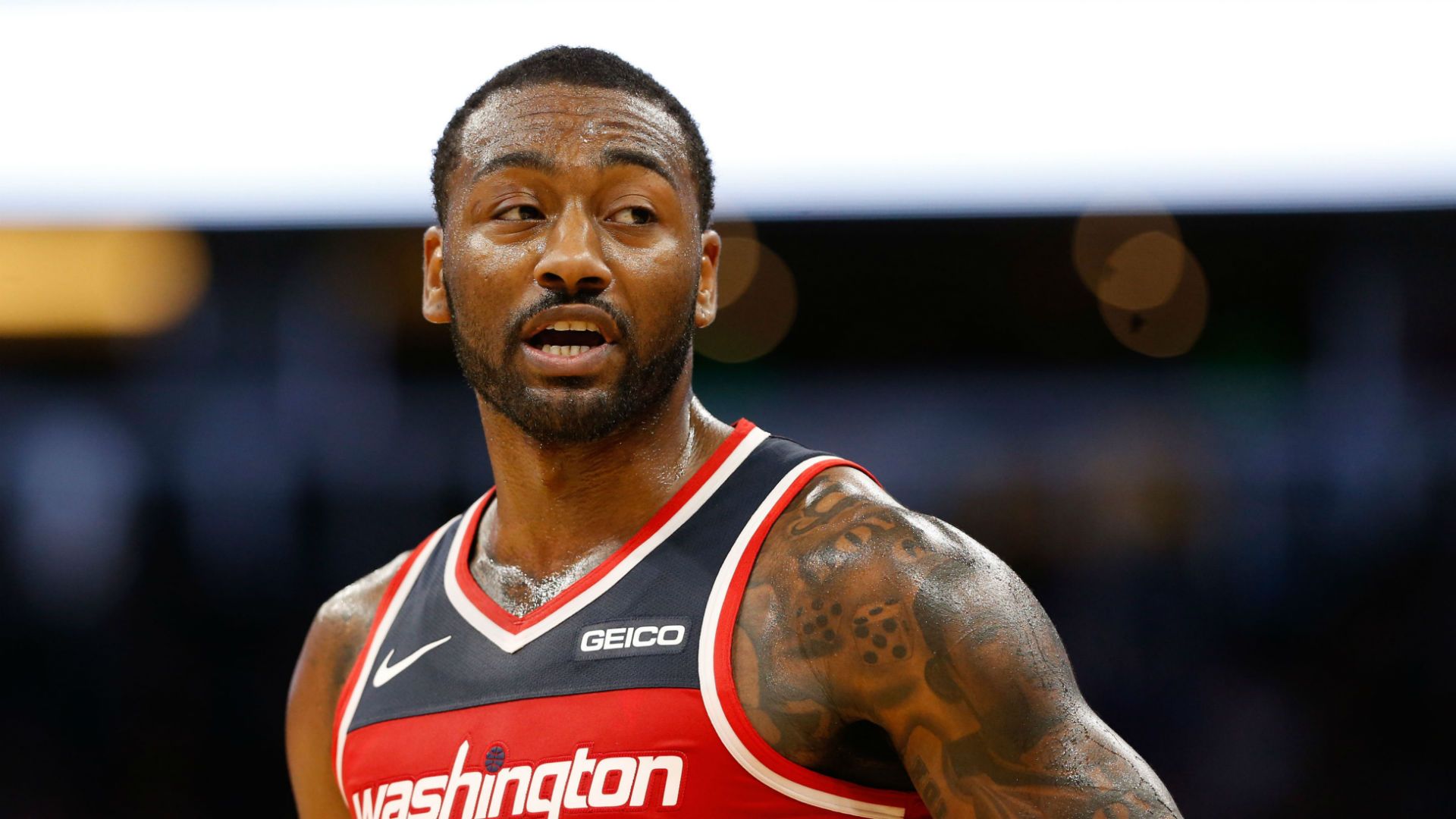 Miami willing to take in Wall in potential Beal trade

After pulling off a stunner by winning the Jimmy Butler sweepstakes, the Miami Heat aren’t done dealing out cards just yet. They are rumoured to be in contact with the Washington Wizards in regards to a potential trade agreement, but another interesting development has gathered traction. Barry Jackson of the Miami Herald talked about the rumors that the Heat need to take in John Wall’s massive contract, but had doubts as to the possibility of that becoming a reality.

“As we reported on Twitter (@flasportsbuzz), the Heat has reached out to the    Washington Wizards about Bradley Beal and there is sentiment internally to taking  on the last four years and $172 million of John Wall’s deal to facilitate a trade, according to someone with direct knowledge.

But there is no indication that Washington would be willing to do that, even with Wall out for much or all of next season with a ruptured left Achilles’ tendon. Beal has said that the Wizards have assured him he won’t be traded.”

The Beal rumor has been widely talked-about the past couple of days, with the belief that the Heat are planning to pair Butler with another All-Star caliber player. Beal has been a sought-after trade asset this offseason as he still has two years remaining on his contract, combined with his vastly-improved all-around game. The 26-year old combo guard showed last season that he has fully grown to a franchise player with do-it-all numbers of 25.6 points, 5.5 assists, 5.0 rebounds and 1.5 steals per game.

With that said, Miami has also made it known that they are putting a bunch of their players on the trading block. Jackson also mentions that the Heat are now gauging the trade market interest for starting point guard Goran Dragic, gunner Dion Waiters, combo forward James Johnson, and stretch big man Kelly Olynyk. The Heat also traded talented defensive center Hassan Whiteside to the Portland Trail Blazers as part of the Butler sign-and-trade agreement, as well as shooting guard Josh Richardson to the Philadelphia 76ers. There are rumors that they are now interested in acquiring Golden State Warriors free agent big man DeMarcus Cousins, but the team could be inclined on putting young budding center Bam Adebayo in full-time starting position.

For the Wizards, dumping Wall’s bloated salary is a no-brainer. Signs point out that Wall will still miss the entirety of the upcoming season as he is still recovering from an Achilles injury. The franchise has also remained firm to their commitment to retaining Beal as the latter has shown that he can carry the team on his shoulders even without the contributions of Wall.

The Boston Celtics managed to salvage their offseason by luring All-Star point guard Kemba Walker from the Charlotte Hornets and signing him to a max contract. The Celtics may have lost Kyrie Irving and versatile center Al Horford, but the addition of Walker and the expected growth of young guns Jaylen Brown and Jayson Tatum will indeed soften the impact.

One of the veteran players who remained with the team is All-Star forward Gordon Hayward, who has had a forgettable two-year stint with the Celtics so far. He hasn’t gotten back to his old, deadly form after he sustained that widely-documented horrible ankle injury. He had some good, impactful games last season but he has ultimately refrained from slashing to the rim, an excellent facet of his game when he was still with the Utah Jazz.

With that said, the Celtics could be considering dealing Hayward this summer. Hayward’s role as a scoring combo forward is a position currently occupied by younger, but more impactful players like Brown and Tatum. If the Celtics opt to play Tatum and Hayward at the same time next season, they would have large holes to fill at the defensive end especially with Horford gone. This could be the reason why Greg Swartz of Bleacher Report recently structured a trade that could send Cleveland Cavaliers sweet-shooting big man Kevin Love to Boston.

“Adding Love to Walker and Tatum would give Boston its latest Big Three, pushing it back toward the top of the Eastern Conference. Hayward’s contract (two years, $66.9 million) has become a burden on Boston’s salary cap, and the C’s would likely have to attach draft picks to get rid of it. The Cavs would get the Celtics’ first-round picks in 2020 (unprotected) and 2022 (lottery protected)—essentially one for giving up Love and another for taking back Hayward’s contract. While Love is due a hefty amount himself (four years, $120 million), he’s a far better player than Hayward and gives Boston the All-Star power forward it desperately needs.”

Although he may not be known for his defense, Love’s mobility and rebounding could make up for that weakness. Not to mention that Love is still one of the best offensive big men we have in the league, and his ability to space out the floor will open up more opportunities for Walker, Tatum and Brown to drive to the rim and score.

If the Celtics don’t plan to pursue another big man to upgrade their roster, all is not lost. They recently signed Enes Kanter, a very underrated center whose offense is one of the best at his position. They also retained Daniel Theis and Robert Williams, two defensive-oriented centers who can log in quality minutes for the team.

With an aim towards rebuilding and developing their young assets, the Cleveland Cavaliers are now inclined on trading defensive big man Tristan Thompson, per Brian Windhorst of the ESPN. Thompson is coming off his first double-double season of 10.9 points, 10.2 rebounds and 2.0 assists per game.

“The rebounding and defensive specialist is going into the final year of his contract at $18.5 million. After once playing in 447 consecutive games, Thompson has missed 68 games over the past two seasons. The Cavs are likely to try to deal Thompson or center John Henson, who played only 14 games last season, by the trade deadline.”

Thompson could be an intriguing trade asset for the Cavaliers. He has an expiring contract, something that is proven to be a valuable piece in any trade negotiation. Also, we can’t count out the fact that Thompson is still in the prime of his career, and he could still provide quality minutes to any team with much-improved rebounding instincts and length and mobility on defense.