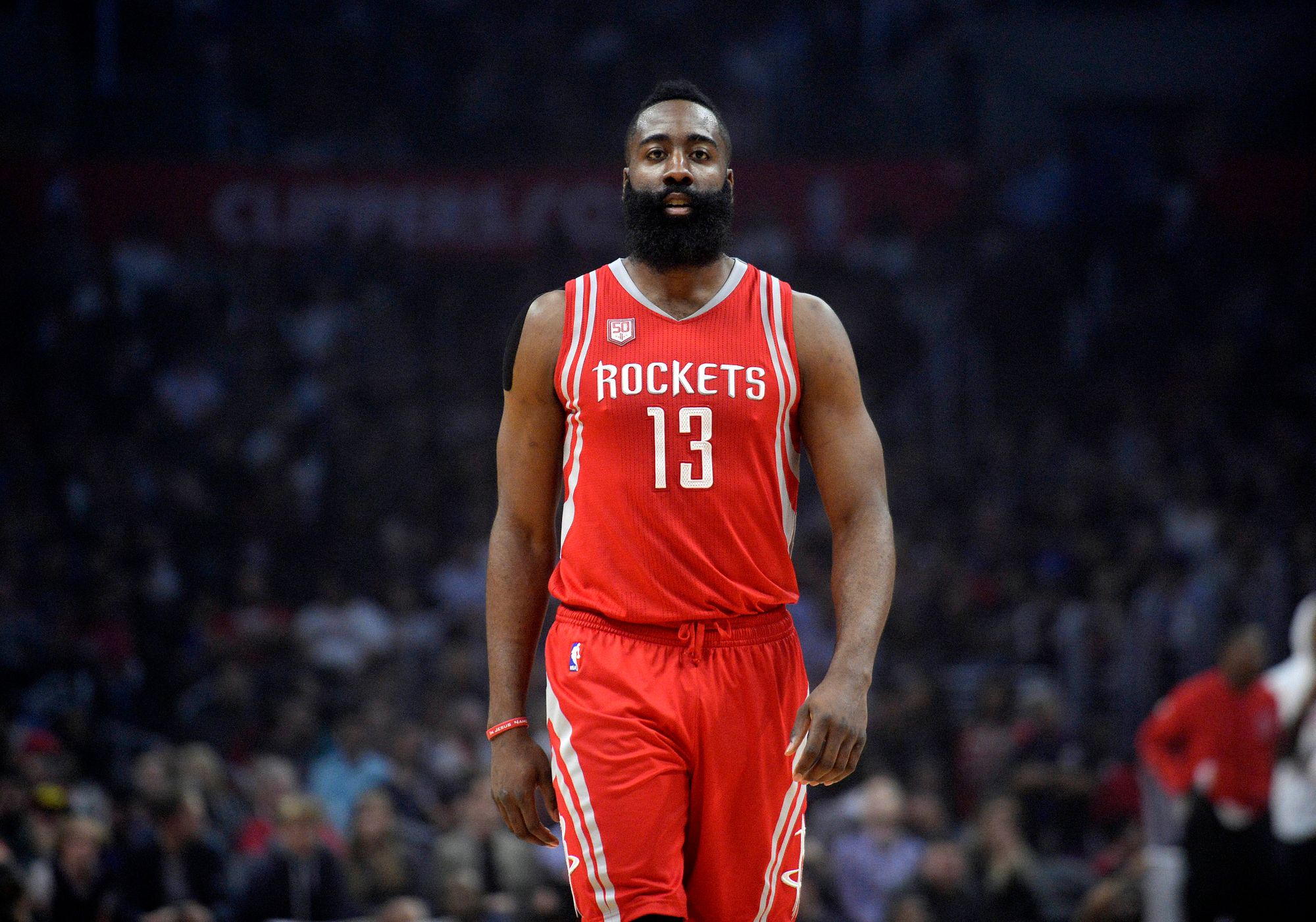 The Houston Rockets are in a tough situation this offseason, as they are entering a new chapter of the franchise with a new front office and coaching staff. The Rockets recently named Rafael Stone as their new general manager to replace Daryl Morey, while Stephen Silas was named as the new head coach to take the place of D'Antoni. While Stone and Silas got a promotion this offseason, the start of their tenure is not exactly what they expected.

The new front office and coaching staff were expecting to have both James Harden and Russell Westbrook back next season, but the two superstars reportedly want out of H-Town. Harden, who has spent the past eight seasons with the Rockets, has shown loyalty to the team over the past several years. However, the high-scoring guard reportedly wants to move on with the Brooklyn Nets as his preferred destination.

Harden's desire to play for the Nets is not so surprising, as the Nets will be one of the title contenders next season if Kevin Durant and Kyrie Irving stay healthy. However, the 31-year-old superstar might not get his wish at all because the Rockets are reportedly frustrated with how the trade request leaked to the media. According to Farbod Esnaashari of Sports Illustrated, the Rockets are not feeling any pressure to trade Harden at this point.

"Sources indicate to me that the Rockets weren't pleased with the Harden's trade request getting leaked so early," Esnaashari said of the Harden trade request. "He's  been as vocal as possible about being traded to the Nets, but Houston believes they have the leverage in this situation. Harden's goal remains the same."

Tim MacMahon of ESPN also reported that the Rockets feel that they have control of the situation despite the fact that Harden has been very vocal about his desire to move on. In fact, the Rockets front office and coaching staff are preparing to have Harden and Westbrook ready for training camp. They know that it will be uncomfortable, but Stone reportedly will not budge unless he gets a moving offer from another team.

"The Houston Rockets feel no pressure to trade James Harden or Russell Westbrook,regardless of the superstars' strong desire for fresh starts with different franchises, and are 'willing to get uncomfortable' as training camp opens and the season begins," MacMahon reported. "The Rockets' front office, led by recently promoted general manager Rafael Stone, remains adamant that neither player will be traded unless a team meets the asking price."

For Harden, his current contract situation will not help his trade request. The former NBA Most Valuable Player still has three seasons left in the four-year, $171.13 million contract with the Rockets. Houston feels that time is on their side, and they have the leverage to wait for the best offer before making a move.

The Rockets are not expected to trade Harden just for the sake of moving on from his expensive deal, especially after seeing the huge haul of teams who recently traded superstars like Anthony Davis, Jrue Holiday, Paul George, and Chris Paul. While Harden is already 31 years old, he is still undoubtedly the best scorer in the league after averaging 34.3 points per game last season, winning the scoring title for the third straight season.

"The Rockets are demanding an especially steep return for Harden, a perennial MVP candidate who has led the NBA in scoring the past three seasons: a proven, young star as a centerpiece along with a massive picks package," MacMahon revealed. "Houston does not feel obligated to deliver Harden to the Brooklyn Nets, his preferred destination, sources said."

As for Westbrook, the one-time league Most Valuable Player also does not have the leverage like Harden. The 32-year-old superstar will be playing just in the third season of his five-year, $206.79 million contract with the Rockets. The market for Westbrook is also not too attractive at this point after a poor playoff performance. Houston thinks that they should also wait, believing that Westbrook's value could shoot up based on how he'll start the season.

"The Rockets believe the 32-year-old Westbrook -- who averaged 31.5 points, 7.9 rebounds and 6.8 assists while shooting 52.6% from the floor in the two-and-a-half months before the pandemic halted the season -- can restore his value with a strong start to the season," MacMahon said. "They have no concerns that unhappiness could impact the effort of Westbrook, who has a reputation as one of the league's most  relentless competitors."

At this point, the Rockets appear focus on strengthening their roster for next season in the hope of convincing both superstars to eventually stay in Houston. Based on their recent signings the Rockets will likely move on from their small-ball system after agreeing to a deal with free-agent big man Christian Wood, who signed a three-year, $41 million contract with the Rockets this offseason.

The Golden State Warriors were eyeing to reclaim the title next season, but the title bid took a huge blow after Klay Thompson went down with another season-ending injury. Thompson missed the entire 2019-20 NBA season due to an ACL tear he suffered during the 2019 NBA Finals. The sweet-shooting guard was preparing to return this season, but tragedy struck, as he sustained an Achilles tear that would force him to sit out next season.

With Thompson out, the Warriors appear determined to compete next season, as they have already made their first move to address their need for a 2-guard. According to Adrian Wojnarowski of ESPN, the Warriors acquired Kelly Oubre Jr. from the Oklahoma City Thunder in exchange for a protected 2021 first-round pick. OKC will get the pick if the Warriors finish 21st to 30th next season. If not, Golden State will send two second-round picks instead.

Prior to the trade, the Warriors had no cap space to acquire a player with an expensive contract. However, Golden State managed to pull off the deal using their $17.2 million trade exception. Golden State will take the $14.4 million salary of Oubre to their books, which would raise their luxury tax bill by $66 million. The Warriors are expected to apply for disabled player exception for Thompson to save money next season.

"We've actually had those conversations," Warriors general manager Bob Myers said of applying for disabled player exception. "We had to await what the severity of the injury was to go down that road, but we should have that answer soon and see what optionality that provides. Nobody ever wants -- a disabled player exception means  roughly you lost a player for a year, you never want that for any player."

Myers also confirmed that the deal to acquire Oubre was a reaction to Thompson's season-ending injury. Golden State is not expected to stop after this deal, as Myers reiterated that they are exploring a lot of things in the hopes of putting themselves in a position to at least compete for a title next season. The Warriors know that their championship window is becoming slimmer every season because their stars aren't getting any younger.

"We got this news and we found ourselves with a hole at a position that we can't find many better guys to fill than a Klay Thompson," Myers said of addressing roster holes after Thompson's injury. "So now we write our board up and under the 2-guard position we had a blank space. After processing that, the league's now waiting for us. We got to do what we got to do. So we're exploring a lot of different things."

Oubre, who will be entering his sixth season in the league, is not expected to be as impactful as Thompson, but he could be a factor for the Warriors based on his performance in the past two seasons. The 24-year-old guard averaged 16.9 points in 40 games with the Suns in 2019. And in his first full year with Phoenix last season, he improved his scoring to 18.7 points, while also tallying 6.4 rebounds and 1.5 assists per game.

The Warriors also agreed to a deal with free-agent guard Kent Bazemore, an agreement that was also an effect of Thompson's injury. The 31-year-old guard, who averaged 8.8 points and 4.3 rebounds last season, will be returning to the team where his career started. He played his first two years in the league with the Warriors before playing for the Los Angeles Lakers, Atlanta Hawks, Portland Trail Blazers, and most recently with the Sacramento Kings.

Golden State is also hoping to get immediate contribution from rookie center James Wiseman. The Warriors used their pick to select Wiseman second overall in last week's draft. The Warriors had a chance to trade the pick for a marquee player or use it to draft a player who could take the place of Thompson, but they eventually settled for the former Memphis standout, who is tagged as the best big man in this year's class of rookies.