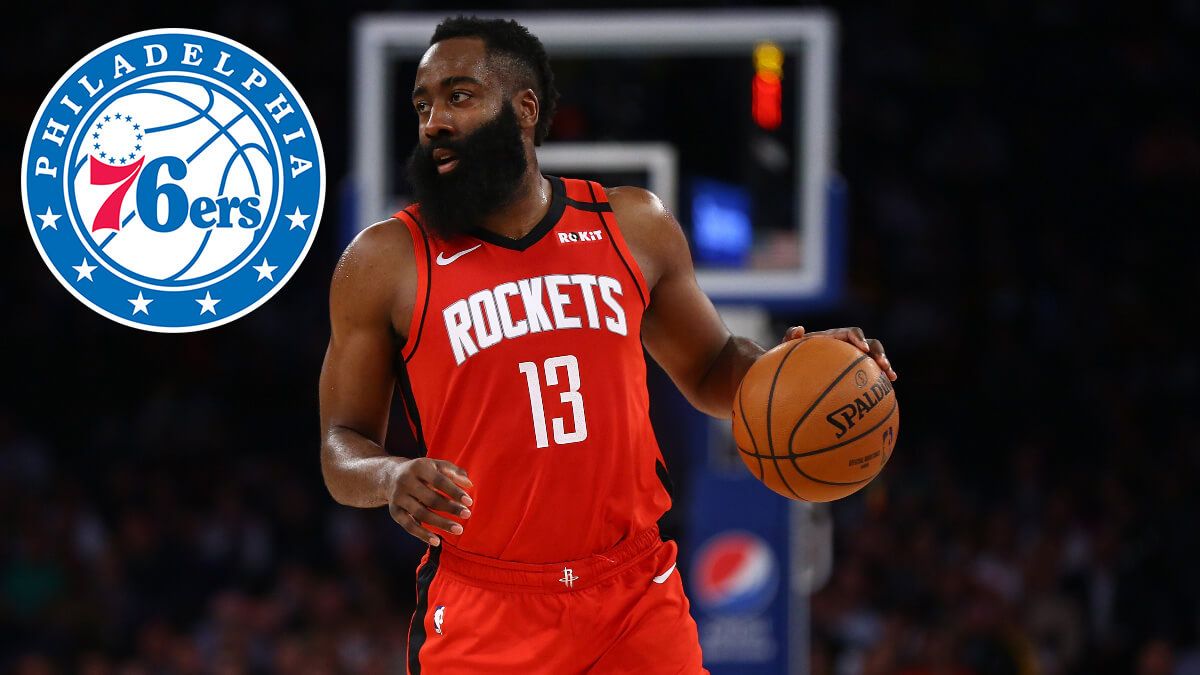 The Houston Rockets gave into the trade request of Russell Westbrook after they traded the superstar guard to the Washington Wizards in exchange for John Wall and a future first-round pick. Houston might not be done dealing and tweaking their roster, as there is a standing trade request from their other star, James Harden, who has yet to start training in preparation for the upcoming season.

Harden has reportedly informed the Rockets that he wants out and he named the Brooklyn Nets as his preferred destination. The 31-year-old guard is trying to team up with fellow superstars Kevin Durant and Kyrie Irving in the hope of winning his first NBA championship. However, the talks between the Nets and the Rockets have not progressed because of Houston's high asking price.

The former NBA Most Valuable Player remains interested in moving to the Nets, but he is now reportedly open to being traded to other teams as well. According to Adrian Wojnarowski of ESPN, the eight-time All-Star has informed people close to him that the Philadelphia 76ers are also on his list of possible destinations after knowing that the Rockets and the Nets are far from reaching a deal.

"After it was clear there was no traction in talks with the Nets, Harden expressed to the Rockets that he would be agreeable if a trade with the 76ers materialized," Wojnarowski said. "Harden also indicated that other teams could fit his criteria for a preferred destination."

A move to the 76ers would reunite Harden with former Rockets general manager Daryl Morey, who is now the team president of the Sixers. However, Wojnarowski said that there are no significant talks between Houston and Philadelphia at this point, and it remains to be seen whether or not the two teams would be willing to deal with each other heading into the upcoming season.

Houston knows that there is no pressure to trade Harden at this point because he is still in contract at least in the next two seasons. Previous reports indicated that the Rockets want a "King's ransom" for Harden, who is the best scorer in the league today, having won the scoring title in the last three seasons. Houston reportedly wants key players and a haul of draft picks in exchange for Harden.

The Rockets were not willing to trade Harden to the Nets unless they will get either Durant or Irving in the deal. Houston is expected to target 76ers stars Joel Embiid and Ben Simmons in trade talks with Philadelphia. However, Morey is reportedly unwilling to break the superstar duo of Embiid and Simmons despite the team's failure to go deep into the playoffs last season after getting swept by the Miami Heat in the opening round.

Wojnarowski added that teams are unwilling to give up a huge package in exchange for Harden without getting a commitment from the high-scoring guard. Harden, who averaged 34.3 points to go along with 7.5 assists and 6.6 rebounds per game last season, is not on an expiring deal, but he could opt out of the final year of his contract before the 2022-23 NBA season.

"Teams would be reluctant to give up the assets required to get a player of Harden's caliber without confidence that he would be willing to remain with that franchise when he can opt out of his contract following the 2021-22 season," Wojnarowski said. "Few contending teams have the ability to furnish Houston with the combination of assets that it's seeking to consider dealing Harden."

But despite the situation, the Rockets are not planning to change their stance anytime soon. They will remain firm on their asking price for Harden despite the fact that his trade request could create turmoil inside the locker room heading into the 2020-21 NBA season. In fact, the Rockets have already made headlines for wrong reasons after the superstar failed to report to the team when their training camp started.

"Houston hasn't wavered in what the Rockets consider a fair asking price for Harden: a package that includes a young franchise cornerstone and a bundle of first-round  picks and/or talented players on rookie contracts," Wojnarowski added. "The Rockets have been adamant that they will not be rushed into trading Harden, regardless of  how uncomfortable the situation has become with the three-time scoring champion failing to report to training camp while partying in Atlanta and Las Vegas."

New Rockets head coach Stephen Silas admitted, though, that the current holdout from Harden is putting the team in a tough situation because they wanted their star player to be ready before the start of the new season. The rookie head coach said, though, that the team is not planning to punish Harden anytime soon. He also pointed out that only Harden can tell the real reason why he did not travel to Houston before training camp started.

"I have no clarity about the message, honestly," Silas said via ESPN. "I take it basically at face value that he's not here. What the reasoning is, is on him. He's the one who can explain why or why not he's not here. For me to make inferences and think about the possibilities isn't real to me. What's real is he's not here, and he has a reason, but that's on him to tell whoever what his reason is."

Philadelphia 76ers guard Ben Simmons has been a mainstay of trade rumors recently, and he is expected to be mentioned in more trade chatters after reports about James Harden's willingness to play in Philadelphia surfaced. However, it appears that Simmons is not paying attention to trade rumors, as he is focused on his role in the new system of his team.

The 76ers fired former head coach Brett Brown after their first-round exit in the 2020 NBA Playoffs and replaced him with former Los Angeles Clippers coach Doc Rivers. Rivers has been publicly saying that Simmons will be the team's facilitator in his system, which is why he is not worried about his star guard's unwillingness to shoot from beyond the arc. Simmons confirmed that he is focused on being the team's playmaker.

"Coach wants me to make plays," Simmons said via ESPN. "There's numerous ways to do that. There's scoring, getting to the rim, drawing defenders, there's setting picks, and just creating options. So just me having the ball and being able to create different varieties of options is going to be tough for teams to guard, whether it's me kicking it ahead and setting a pick and setting a back screen."

Simmons had a lot of success playing the role when he was surrounded by shooters, which was not case last season after they lost JJ Redick in free agency. Team president Daryl Morey addressed the need for shooters this offseason with a pair of savvy moves. Morey traded Al Horford to the Oklahoma City Thunder for Danny Green, and Josh Richardson to the Dallas Mavericks for Seth Curry.

The 24-year-old Australian guard, who was the first overall pick in the 2016 NBA Draft, is coming off another strong season for the 76ers. Simmons posted 16.4 points on 58.0 percent shooting from the field to go along with 8.0 assists and 7.8 rebounds in 57 games last season.

With James Harden probably missing the start of the season or getting traded soon, new Rockets guard John Wall will have bigger responsibilities on his shoulders. The superstar guard, who will be playing just in his second team in the NBA, is ready to prove his doubters wrong.

Wall, who was picked first by the Washington Wizards back in 2010, is coming off a long layoff. The 30-year-old point guard has not played since December 2018 after dealing with knee issues and a torn Achilles tendon. There are questions surrounding his health and if he can return to his previous explosive form. The former Kentucky standout is aware of the talks about him, and he is ready to prove that he can still play at a high level.

"I'm going to be John Wall no matter what when I get on that court, but at the same time, me being out and me just looking at how much longer I want to play and certain things I want to improve on, I'm able to do certain things that I wasn't able to do before when I was injured and playing through certain things," Wall said via ESPN. "That's why I feel like my game is going to evolve, because I'm finally healthy and don't have those little nagging injuries."

Before hurting his knee and Achilles, Wall averaged 20.7 points on 44.4 percent shooting from the field to go along with 8.7 assists and 3.6 rebounds in 32 games. Unless he gets dealt again, the five-time All-Star will be a Rocket at least in the next two seasons, as he will be playing just in the second season of his four-year, $171.13 million contract, which has a player option before the 2022-23 season.