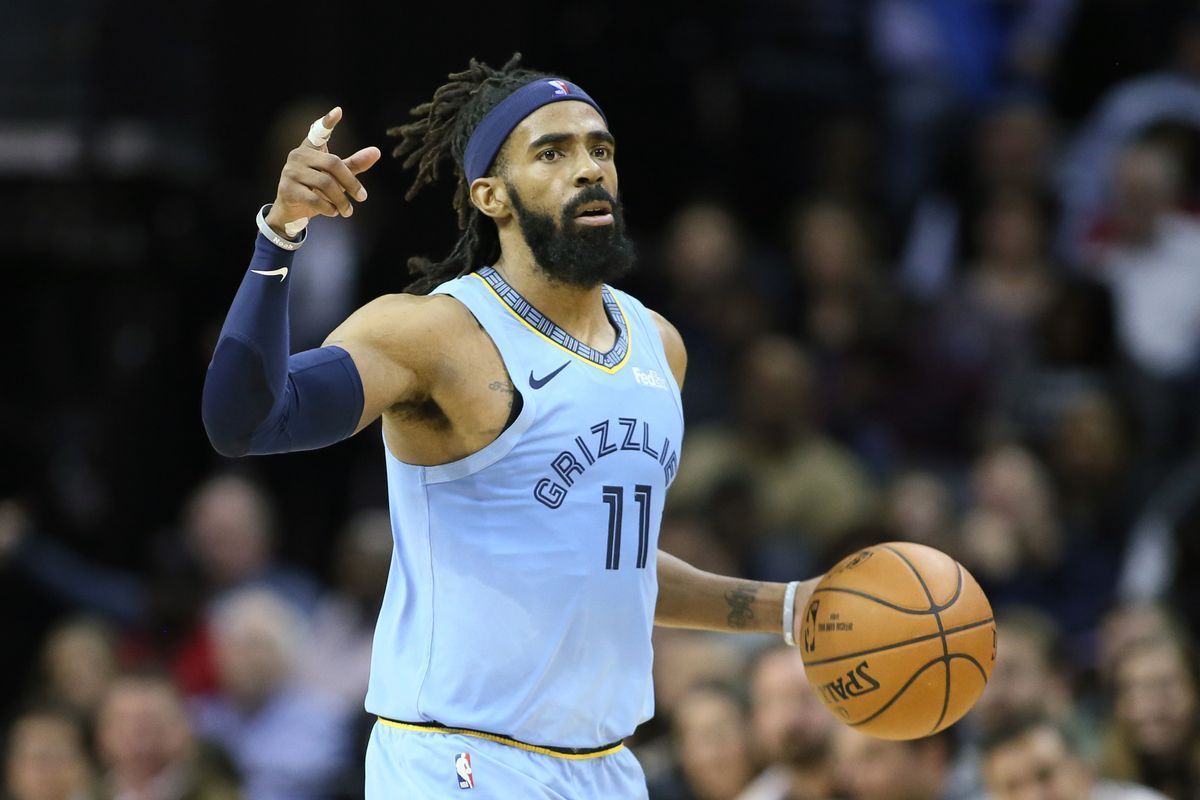 The Memphis Grizzlies have officially entered full rebuilding mode as they agreed to trade long-tenured star point guard Mike Conley to the Utah Jazz. Adrian Wojnarowski of the ESPN has the full details of the trade.

Conley has long been the face of the Grizzlies franchise, along with center Marc Gasol, who has recently won an NBA championship after being shipped to the Toronto Raptors midway through last season. The Grizzlies have since hinted that they are willing to part with Conley for the right price, and then rebuild around young big man Jaren Jackson Jr and their second overall draft pick this year, point guard Ja Morant from Murray State.

For the Jazz, acquiring Conley would give them their coveted type of point guard: someone who could effectively involve his teammates while also having the excellent knack for creating his own shots. Recent point guards who has played for the Jazz in the past few years are Ricky Rubio, Dante Exum, Shelvin Mack and Raul Neto. All of them are quality role players, but they haven’t shown the ability to take off some of the heavy offensive workload that Donovan Mitchell has been carrying for the Jazz.

Conley, who posted a career-high in scoring with 21.1 points per game, on top of 6.4 assists and 3.4 rebounds, is also a career 38% three-point shooter and is one of the most underrated defenders in his position. Conley would immediately give Utah a capable scoring punch to assist Mitchell, and a tremendous playmaker to empower big man Rudy Gobert and spot-up shooter Joe Ingles.

ESPN’s Zach Lowe also points out one important factor in Conley’s game: steadying the ship for his team.

“Acquiring Conley slots everyone into a more natural hierarchy. Very quietly, Conley had an All-NBA-caliber season in what ended up as his Memphis swan song. He can hare the controls with Mitchell; both will munch on more catch-and-shoot 3s as a result. Conley is a steadier and more precise crunch-time ball handler who can calm tah's offense amid the late-game frenzy.”

For the Memphis, the returns aren’t bad at all. They may have given up a Top 10 point guard in the league, but Conley is already 31 years old and there’s just a couple of years left before he enters the twilight of his career. Grayson Allen has the potential to be a defensive ace a couple of years from now, and he also has the ability to shoot the lights out from deep. Kyle Korver is one of the best shooters the NBA has ever seen, and Jae Crowder is a combo forward who could do a little bit of everything on both ends of the floor. Memphis can flip Korver and Crowder to contending teams for young assets or more future draft picks.

With Conley out, the Grizzlies can now fasttrack Morant’s growth and focus more on the development of their other young players.

Things haven’t been pretty inside the Houston Rockets camp so far, and reports of a rebuffed Chris Paul trade could confirm that the Paul-Harden partnership is due for a break-up. Kevin O’Connor of The Ringer recently reported that the Rockets tried to ship the disgruntled veteran point guard to the New York Knicks, but the latter didn’t take the bait.

“The Rockets recently explored trading Chris Paul into New York’s cap space, but the Knicks refused, according to league sources. Trading Paul would have positioned the Rockets to be a Clint Capela or Eric Gordon trade away from freeing up the cap space to sign Jimmy Butler, who league sources say they plan to pursue.”

While Paul was still able to put up decent averages of 15.6 points, 8.2 assists and 4.6 rebounds last season, his overall performance on both ends of the floor is seemingly taking a dip, particularly due to his declining age. Paul is already 34 years old and is commanding a very large sum of salary for the next three years, prompting the Rockets to gauge the market for a suitable trade partner.

However, Shams Charania of The Athletic (through CBS Sports) reported that Paul’s trade value has gone down to almost nothing, given his age and bloated contract.

“There’s not a team in the league right now that is like, “I’m going to go trade for  Chris Paul.” Even some teams that they’ve called, I’m told, as just a dump, like, “We’ll give you Chris Paul for free,” those teams are like “We’re good.” So, the value just is  not there right now.”

While it’s true that the Knicks are poised to sign big-name players in free agency this summer, hauling in a package centered on Paul would not bode well with their plans moving forward. They recently selected R.J. Barrett with their third overall pick in the draft, while also planning on nabbing Kevin Durant from the Golden State Warriors or even Kawhi Leonard from the Toronto Raptors.

Still, the Rockets shouldn’t stop rummaging the market for a potential team to say yes on acquiring Paul. Not all contending teams will be successful in this year’s stacked free agency class, so the Rockets could try ringing up the phones of those teams and see if they are now willing to engage in a Paul trade.

It may look like LeBron James and Kyle Kuzma will be the only holdovers from the Los Angeles Lakers team last season. ESPN’s Adrian Wojnarowski reports that the Lakers are re-engaging with the trade market to free up cap space for a chance to sign a max free agent this offseason.

By dealing away Wagner, Jones and Bonga, that will leave the 2018-19 Lakers with just two remaining core players. LeBron, Kuzma and Anthony Davis are the only sure names in the team’s roster right now as the Lakers didn’t have any selection in this year’s draft. This offseason will be a total revamp for the franchise, and it won’t be easy picking the right players to team up with their two superstars.

Rumors around the league say that the Lakers are zeroing in on Kemba Walker of the Charlotte Hornets and Jimmy Butler of the Philadelphia 76ers. But if the Lakers strike out in acquiring a max free agent, there are a number of borderline All-Stars and quality role players that they sign up for their supporting cast. One of them is Indiana Pacers sharpshooter Bojan Bogdanovic, a gunner who averaged 18.0 points and 5.8 rebounds per game last year and was essentially the Pacers’ go-to-guy for half of the season when star Victor Oladipo was sidelined with a major injury.

The Oklahoma City Thunder are positioning themselves as a player in this year’s free agency sweepstakes. Jake Fischer of the Sports Illustrated reported that the Thunder are now putting players on the trading block, including starting center Steven Adams.

“Oklahoma City has increased its efforts this afternoon to shed salary along with the No. 21 pick en route to dodging luxury tax, league sources say. Steven Adams, Andre  Roberson, Dennis Schroeder all very available at the moment.”

Adams will be making $25 million next season, while Schroder will earn $15 million and Roberson set to receive $10 million. While Adams normed a near-double-double average of 13.9 points and 9.5 rebounds last season, the Thunder rolled out with combo forward Jerami Grant as the man in the middle for them during crucial minutes of their games. Grant is more of a swiss knife than Adams, and the former’s offensive skills and defensive mobility bode well with how the game is played today.

Among the teams that could make a play for the services of Adams are the Dallas Mavericks, the Indiana Pacers, the San Antonio Spurs and the Boston Celtics.