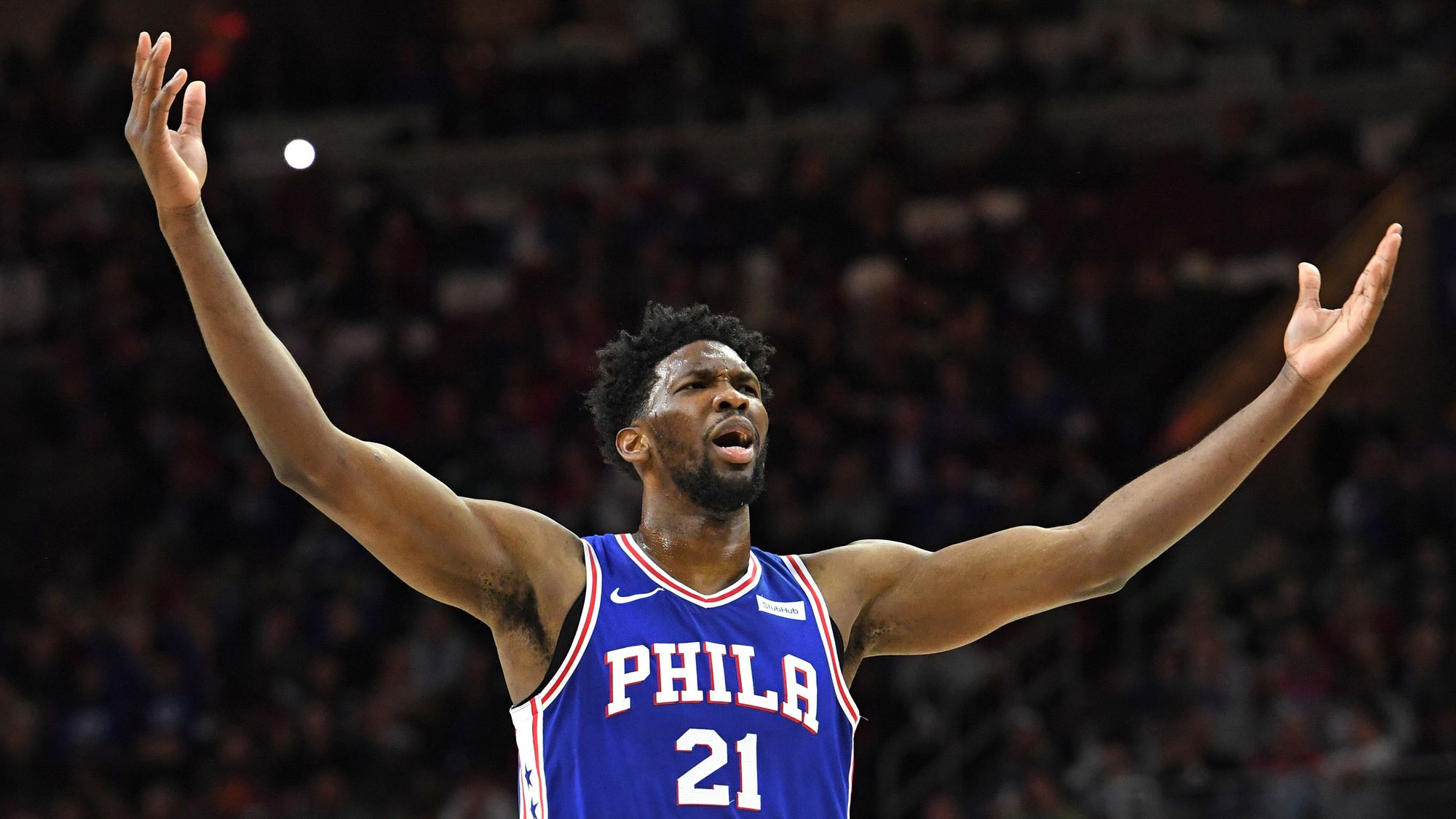 The Golden State Warriors are expected to make at least one significant move in the offseason in the hopes of becoming a serious title contender again next season. The Warriors will welcome a healthy Klay Thompson next season to team up with superstars Steph Curry and Draymond Green. But seeing how close and how tough the Western Conference is, Golden State needs to shore up their roster to have a serious shot at the title.

By finishing with the worst record in the league this season, the Warriors had the luxury of getting one of highest draft lottery odds, and eventually landed at second -- just behind the lottery winners Minnesota Timberwolves. The Warriors could inject fresh blood with the pick by adding one of the top prospects like Anthony Edwards, James Wiseman, and LaMelo Ball. However, there is a growing speculation that the Warriors will trade the pick.

If the Warriors are dead serious in trading the pick to get another marquee player, Brooklyn Nets guard Spencer Dinwiddie believes that the Warriors will trade it to the Philadelphia 76ers. Reacting to Dinwiddie's post, Josh Schrock of NBC Sports Bay Area said that Warriors fans should keep the situation in Philadelphia on their radar because Joel Embiid might eventually become available in trades.

"Warriors fans should keep their eye on the 76ers, though. As the ship continues to sink, they might be hard-pressed to make a drastic change in order to salvage the process," Schrock said. "If trading for Embiid becomes a possibility, the Warriors undoubtedly will be among the first to call to try and give Curry, Thompson and Green the final piece of the puzzle for the new dynasty."

The dominoes are starting to fall for the 76ers after they were swept by the Boston Celtics on Sunday in their first-round playoff series. Following their disappointing exit, the 76ers announced that they have parted ways with head coach Brett Brown, which is a strong sign that Philadelphia will move into another direction after failing to meet expectations again this season.

It remains to be seen whether or not the next step for the 76ers is to finally break their superstar duo of Embiid and Simmons. Embiid, for his part, admitted that he is also unsure of his future now after the disappointing end to their season, saying that whether or not he'll be a 76er next season is totally out of his control.

"I don't make the decisions," Embiid said via ESPNwhen asked about his future with the franchise. "I'm here in Philly. Whatever happens, happens. I've always said that I want to end my career here, and if it happens, good. If it doesn't happen, well, you move on and all that stuff."

Embiid would be a big piece to any team based on how he performed this season. The 26-year-old center averaged 23.0 points and 11.6 rebounds to go along with 3.0 assists and 1.3 blocks per game this season. Interested teams can also invest a lot on him in trades because the former Kansas standout still has three seasons left in his five-year, $147.71 million contract with the Philadelphia 76ers.

If the 76ers decide to keep their superstars and let them roll with a new coach for a while, the Warriors would have plenty of alternatives. According to Grant Hughes of Bleacher Report, the Warriors should consider trading for Bradley Beal. In his proposed deal, the Warriors would send the second pick, a 2021 first-round pick and Andrew Wiggins to the Washington Wizards for Beal and their ninth pick in the upcoming draft.

Drafting Wiseman is a tantalizing option for the Warriors because of his potential on both ends of the floor. However, Hughes thinks that the Warriors would be a better team with a proven star like Beal, and by addressing their wing depth using the ninth pick from the Warriors.

"James Wiseman would be an intriguing selection if the Warriors opt to keep their pick. He's a supreme athlete with legit center size and, possibly, the highest two-way upside in the class. The Dubs' window is open now, though, and Beal would make a much bigger short-term impact," Hughes said. "Plus, wings are still king in the modern NBA. Golden State might be able to snag its big man at No. 9 if Obi Toppin or Onyeka Okongwu slips. That's a win-win."

However, it remains to be seen whether or not the Wizards would really be willing to part ways with Beal. According to Quinton Mayo of NBC Sports Washington, Wizards general manager Tommy Sheppard and team owner Ted Leonsis still want to see Beal at Wall together at least for one more season because they failed to maximize the potential of the duo due to injuries in the past two seasons.

But if ESPN analyst Mike Wilbon is to decide for the Wizards, he would take Wiggins and the second pick for Beal. Aside from getting another promising young player in the draft, Wilbon believes that Wiggins could make a big jump if he becomes the first or second option in a team.

Wiggins played 54 games this season -- 42 with the Minnesota Timberwolves and 12 with the Warriors -- and averaged 21.8 points per game, which is his highest since posting 23.6 points during the 2016-17 NBA season. Beal, on the other hand, tallied career-highs 30.5 points and 6.1 rebounds in 57 games for the Wizards.

Cleveland Cavaliers Could Package Pick in Trade for Andrew Wiggins

Meanwhile, the Cleveland Cavaliers were one of the losers in the 2020 NBA Draft Lottery. They had the best odds to land the first pick in the draft, but they fell to fifth after the Chicago Bulls and Charlotte Hornets jumped into the top four. Their lack of luck in the lottery will likely change their direction in the offseason.

According to Sam Amico of Sports Illustrated, one opposing executive said that the Cavaliers do not want the fifth pick in the draft because they are unwilling to make another gamble for a young player. The executive believes that the Cavaliers would eventually trade the fifth pick because they have enough young players in the roster after acquiring Collin Sexton, Darius Garland, Dylan Windler, and Kevin Porter Jr. in the draft in the past two years.

Sexton, the eighth overall pick in the 2018 Draft, showed a lot of promise this season for the Cavaliers, as he averaged 20.8 points on top of 3.1 rebounds and 3.0 assists. Garland, last year's fifth overall pick, tallied 12.3 points and 3.9 assists in 59 games, while Porter, the 30th pick last year, posted 10.0 points to go along with 3.2 rebounds and 2.2 assists in 50 games in his rookie season.

"It's one thing to be young and exciting," the rival executive said of the Cavaliers. "I'm not sure the Cavs are there. They are young. I don't think they want to move forward by adding more youth. You win in this league with veteran players."

The Cavaliers are being mentioned as one of the potential landing spots for Ben Simmons if the 76ers decide to move on from him. The executive said that the Cavaliers have a chance to land Simmons, who could bring a lot of positives to the team moving forward.

"Of course they would, and they would be able to offer as good of a package as anyone else," the executive said when asked about the ability of Cleveland to trade for Simmons. "I'm guessing Simmons is the type of player they want, as opposed to   another draft pick -- young, proven, would sell jerseys and win games."

Cavaliers general manager Koby Altman might be forced to make the move because team owner Dan Gilbert is reportedly putting some pressure on his shoulders now with higher expectations. The Cavaliers failed to make the playoffs in the past two seasons after LeBron James left for the Los Angeles Lakers.

"From my understanding, Mr. Gilbert is starting to put the pressure on Koby Altman and the front office," the executive said. "There's no ultimatum or deadline, as far as I know. But I think there's a sense that it's time to start making the playoffs and showing signs of progress."

Simmons, who signed a five-year extension worth 169.65 million last year, would definitely bring a lot to the table for the Cavaliers both inside and outside the playing court. The 24-year-old will arguably be their biggest star since James and Kyrie Irving. The former first-overall pick is also a constant triple-double threat for any team after averaging 16.4 points to go along with 8.3 rebounds and 8.0 assists in his first three seasons in the league.