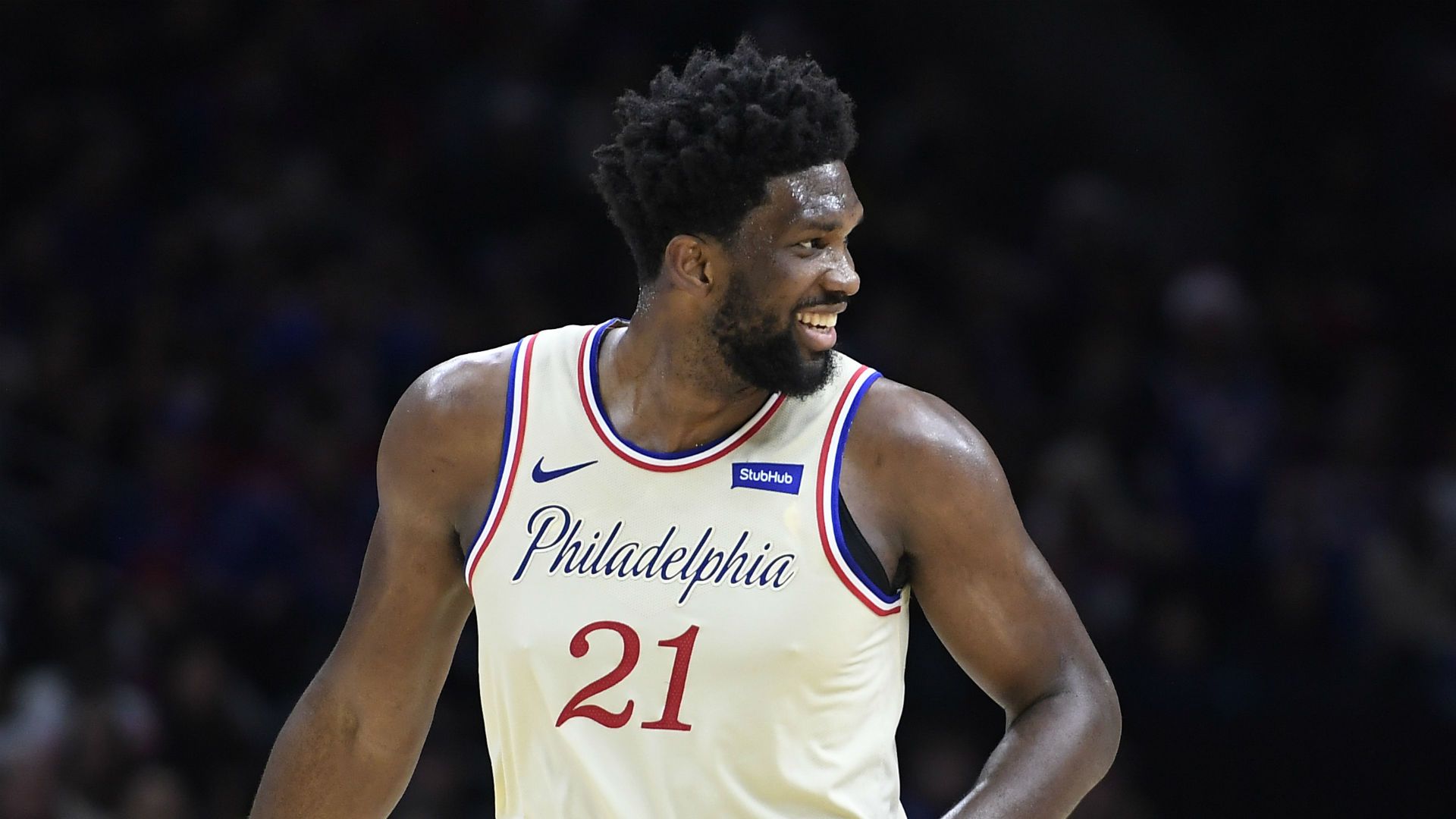 The Brooklyn Nets are performing well inside the NBA bubble despite playing without several key players, including superstars Kevin Durant and Kyrie Irving. Because of their performance in Orlando, Brooklyn is already being tagged as a serious contender in the Eastern Conference next season, especially if they can add more pieces in the offseason.

According to Chris Fedor of Cleveland.com, the Philadelphia 76ers will likely move either Joel Embiid or Ben Simmons if they fail to go deep into the playoffs this season. The 76ers are facing a tough road ahead of them in the postseason, as they are likely to face the third-seeded Boston Celtics, without Simmons, who underwent surgery to remove loose bodies in his knee that will likely keep him out for the entire season.

Zach Buckley of Bleacher Report believes that Philadelphia will likely move Embiid instead of Simmons because of the star center's lengthy injury history. But despite having an injury-riddled career so far, Buckley is convinced that the 26-year-old center is the perfect final piece to Brooklyn's Big Three.

"Imagine having to choose between letting Embiid, Kevin Durant, or Kyrie Irving going one-on-one with their defender," Buckley said. "If the Nets bring back Joe Harris in free agency like he hopes, defenses also can't forget about him or his career 42.7 percent three-point stroke. This should be a top-five attack, and with Embiid on the backline, it might be a top-10 defense, too."

The 76ers are not expected to give up Embiid easily and will likely require a haul of promising players and picks for their star center. Buckley believes that the Nets have enough pieces to pull off a trade. The Nets could send Spencer Dinwiddie, Caris LeVert, Jarrett Allen, DeAndre Jordan, two first-round picks, and a second-round pick to the 76ers.

"All four incoming players can be significant contributors. Dinwiddie and LeVert have the shooting and shot-creation to ease the burden on Simmons and juice the offense in their own right," Buckley added. "Allen and Jordan can serve as the tag- team replacement for Embiid, and while they can't mimic his offensive contributions, they can similarly anchor the defense."

But in the event the 76ers pick Embiid over Simmons, Buckley proposed a deal that would send the latter to the Phoenix Suns. He said that trading Simmons alongside Josh Richard and Mike Scott to the Suns for Devin Booker and Ricky Rubio makes sense for Philadelphia.

"Booker is exactly the kind of dynamic shot-maker Embiid needs around him,"  Buckley said. "While he seems like the potential missing piece for the Embiid- Simmons twosome, Philly doesn't have the trade chips to get him without giving back a star. The addition of Rubio—a clever creator who holds his own defensively and fires up a few threes per game—offsets some of the sting of Simmons' departure."

The Suns are starting to show that their current roster can compete at a high level, winning in their first seven games in the NBA bubble. However, Buckley pointed out that the Suns "might have questions about how high they can climb with Booker as their centerpiece" of the team. Trading for Booker for Simmons would give the Suns a dynamic guard who can bring significant improvements on both ends of the floor for Phoenix.

"Simmons' downhill attacking might make the league's best transition offense even more potent, and he could be the chess piece needed to elevate the Suns' 17th-ranked defense," Buckley said. "He's an extreme version of a do-it-all stopper, and he'd give Phoenix some bite as the head of the snake. Between him, Josh Richardson, Mikal Bridges, Kelly Oubre Jr., and Cameron Johnson, the Suns would be uber-switchable around improving anchor Deandre Ayton."

Bradley Beal Could Be the Missing Piece for the Milwaukee Bucks

Meanwhile, Buckley also added that the Milwaukee Bucks should make a run at Bradley Beal, who is continuously being mentioned in numerous trade rumors. The Bucks are expected to focus on inking a long-term deal with Antetokounmpo, who is already being targeted by several teams for the 2021 NBA Free Agency.

The Bucks are on pace to finish with the best regular-season record for the second consecutive season. However, there are still doubts about their ability to win it all, especially if they face the Los Angeles Lakers or the Los Angeles Clippers in the NBA Finals, or even the Toronto Raptors in the Eastern Conference Finals. Buckley feels that adding Beal to the fold would give the Bucks the chance to build a dynasty next season.

"They could open the door to dynasty potential by adding another star to slot alongside Giannis and Khris Middleton," Buckley said. "If there's a realistic concern with Milwaukee, it's having a consistent counter to opponents selling out on stopping Antetokounmpo. Beal might be the knockout punch the Bucks need."

Beal is having another stellar season for the Wizards, averaging a career-high 30.5 points a game and is the second-highest scorer in the league behind Houston Rocket superstar James Harden. He is also posting career-bests in assists with 6.1 dimes, and in three-pointers made with 3.0 conversions from deep in a game.

Meanwhile, Buckley mentioned in a separate article that the Chicago Bulls should seriously consider making a run at Orlando Magic star center Nikola Vucevic. In his proposed trade, the Bulls would get Vucevic in exchange for Wendell Carter Jr., Thaddeus Young, Tomas Satoransky, and a 2021 second-round pick.

The Bulls have one of the highest-scoring guards in the league in Zach LaVine, who averaged 25.5 points per game this season. However, the Bulls ranked 27th in scoring, which means that adding another option in offense makes a lot of sense for Chicago. He could also be a good fit alongside Lauri Markkanen and promising point guard Coby White, who had a decent rookie season for the Bulls.

"Assuming Lauri Markkanen gets things back on track, there aren't many teams that will have a defensive answer for both him and Vucevic," Buckley said. "With LaVine providing his customary volume and Coby White potentially building off his late breakout, Chicago could have the rough outline of a top-10 attack."

Vucevic is also having a strong season for the Magic. The 29-year-old is averaging 19.5 points on 47.3 shooting to go along with 10.9 rebounds and 3.6 assists per game. According to Buckley, the former USC standout is one of only four players to post 19 points, 10 rebounds, three assists, and one three-pointer per game alongside Embiid, Karl-Anthony Towns, and Nikola Jokic.

For the Magic, Carter could make the Magic more versatile on both ends of the floor, and he could be a good fit alongside youngsters Jonathan Isaac and Markelle Fultz. Satoransky, on the other hand, could be an ideal floor general for Orlando, while Young could provide the veteran leadership or be used as trade bait.

Golden State Warriors Should Make a Run at Kent Bazemore

The Golden State Warriors are also expected to be very active on the trade front in the offseason. But if they fail to strike a major deal, Drew Shiller of NBC Sports believes that the Warriors should go after Kent Bazemore, who will become an unrestricted free agent this summer. The veteran guard is playing in the final season of the four-year, $70 million contract he signed with the Atlanta Hawks before the 2016-17 NBA season.

The Warriors are expected to chase players who could make an impact on both ends of the floor. Golden State lost a huge presence on defense when they were forced to part ways with veteran guard Andre Iguodala to make a room for D'Angelo Russell last year. Bazemore could provide the defensive lift the Warriors need if they want to re-establish themselves as title favorites next season. Golden State finished with the worst record in the league this season at 15-50.

"The Warriors need to add more versatile wings who can defend multiple positions, and Bazemore checks that box," Shiller said. "Furthermore, he is a terrific teammate and would be a fantastic presence in the Warriors' locker room. It's anybody's guess what happens in October, but if the Warriors do add Bazemore on a minimum deal, it probably was a very successful offseason for general manager Bob Myers and his staff."

Bazemore is no stranger to playing in Golden State. The former Old Dominion standout went undrafted in 2012, but he eventually earned a spot with the Warriors. He played 61 games during the 2012-13 NBA season and 44 games during the 2013-14 NBA season. During his stint with the Warriors, Bazemore developed a strong relationship with Warriors superstar Steph Curry and played a role in the superstar's decision to sign with Under Armour.

The 31-year-old guard started the season with the Portland Trail Blazers, where he averaged 7.9 points and 4.0 rebounds in 42 games, including 21 starts. He was dealt to the Sacramento Kings midway through the season, where he posted 10.3 points on top of 4.9 rebounds and 1.2 steals in 25 games.