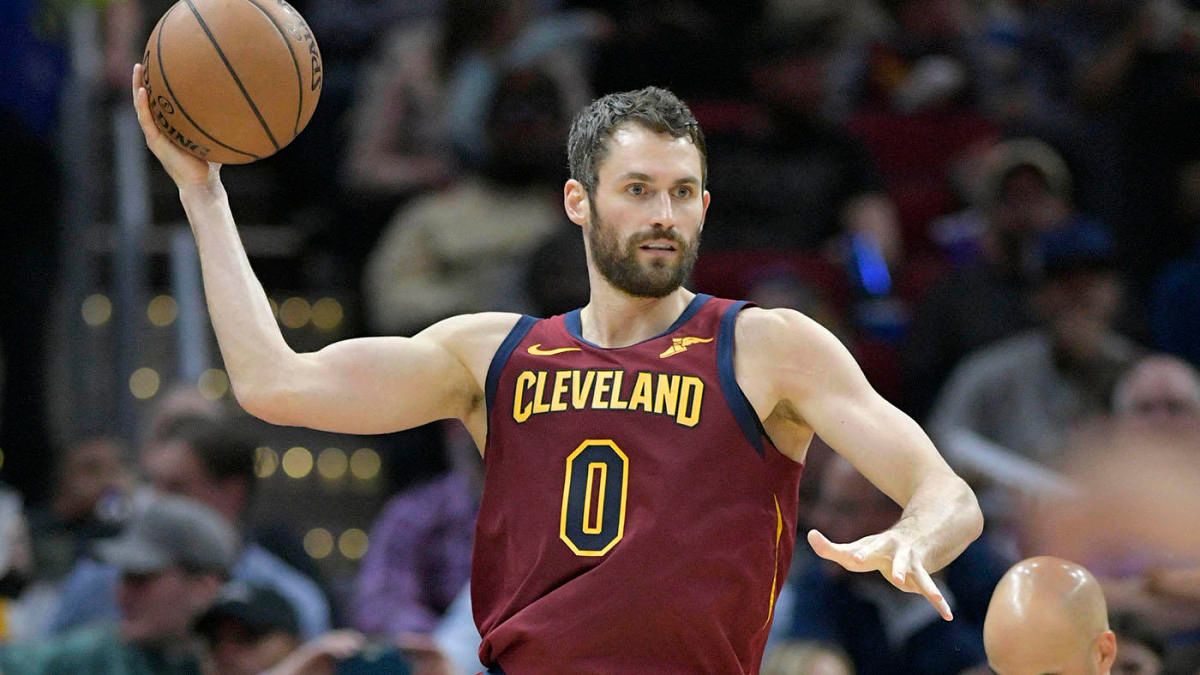 Don’t count on the Cleveland Cavaliers trading away their 31-year old star big man anytime soon. In an interview with cleveland.com’s Chris Fedor, Kevin Love reiterated his commitment to the Cavaliers. Despite the fact that the Cavaliers are obviously riding the youth movement this upcoming season, the five-time All-Star told Fedor that he never got any trade hints from his agent.

“If they decide to go completely young … and that could be the case, but it’s funny, my agent didn’t call me one time this summer to say, ‘Hey, you’re getting traded, there’s talks that this is happening.’ Of course, somehow it’s still out there and people are talking about, ‘Oh, Kevin would be great here or great there.’ I just keep it moving   and try to do right by these guys because we have a good group.”

Indeed, the Cavaliers roster is brimming with young, unproven talent. Love is already the elder statesman for the team, although one could argue that he is not an “old” 31-year old player just yet. Although he is coming off an injury-ridden season that saw him play only 22 games, Love’s game isn’t really built on explosive athleticism. His footwork on the post should still be there, and his long-range marksmanship will never leave him. The former 3-Point Contest champion and one-time rebounding leader is still a walking double-double machine every night. If he remains healthy this year, Love should easily average more than 20 points and 10 rebounds per game.

But superstars in his age usually do everything to go to a situation where they are primed to pursue a championship ring. Of course, Love already had a taste of that as he and the Cavaliers won it all in 2016. Yet, there are talks that it would make a lot of sense if he is to be traded to an elite contender needing a proven presence on the frontcourt. The Portland Trail Blazers could be an interesting destination, although there are rumors that Love can return to Minnesota and team up with young superstar center Karl Anthony-Towns.

It’s no mind-boggler that the Cavaliers don’t fit the definition of a contending team. There are just too many young assets around, and the team’s newest coach in John Beilein is more known as a player development coach. The team’s priority this year will be to fast track the progress of their budding players like point guards Collin Sexton and Darius Garland, and swingmen Cedi Osman, Dylan Windler and Kevin Porter Jr. Their second-best scorer last season, Jordan Clarkson, has also found himself in a swirl of trade speculations.

Yet, Love doesn’t see that as a big problem. He even emphasized that he can learn a lot more from Beilein, something that he deems important for his overall development.

“Look at how much youth we have on our squad now. My time in Cleveland could eventually come. I know it’s been the talk every single year, but I’ve gotten -- I’m not going to say comfortable because comfortable is the wrong word -- but I feel comfortable here.

In 22 games last season, Love managed to pull off double-double averages of 17.0 points and 10.9 rebounds per contest while shooting a 36% clip from beyond the arc. It is the first year of the post-LeBron era in Cleveland, also marking the return of Love to the main man role. With Love expected to increase his field goal attempts from last year (12.9), he should be able to also improve his production, especially on the offensive end.

Lonzo says he’s happy he got out of Los Angeles

Do-it-all point guard Lonzo Ball was supposed to be the franchise cornerstone for the post-Kobe Bryant version of the Los Angeles Lakers. They took him with their second overall pick during the 2017 draft, ahead of Jayson Tatum, De’Aaron Fox and Donovan Mitchell. Compared to those three budding stars, Ball doesn’t have the offensive scoring punch to keep up. But the former UCLA standout is a Swiss Knife, a type of player that could successfully thrive in today’s NBA. He can pass the ball with the best of them, be a defensive lynchpin on the other end of the court, while also showing glimpses of creating shots for himself.

But after a couple of years, the Lakers envisioned a different future for the franchise. They got tired of the consecutive losing seasons, and the acquisition of LeBron James forced them to scale up their timeline. Last season, Ball found himself in the middle of botched trade proposals for then-Pelicans star big man Anthony Davis. The Lakers’ attempt to land Davis only got through this summer, and Ball was shipped to New Orleans as a vital part of the agreement.

In an interview with Shams Charania of The Athletic, Ball says that the Davis trade was a sure thing even though it got delayed. Still, he emphasizes how happy he is as he told Charania that his situation with the Lakers wasn’t working out for the betterment of the two camps.

“It was only a matter of time before a trade happened. I pretty much knew a trade would happen. Any time you have a player like Anthony Davis available, I knew it was going to be my time. I was looking forward to it and I was excited for a new start. Getting out of L.A. for the first time in my life. I’m happy about it.

It was just time for a change. I got hurt both years and didn’t do what I wanted to do.  I was blessed to stay home and play in front of everybody, but it wasn’t working over there.”

During his two-year stint at Los Angeles, Ball averaged 10.0 points, 6.2 rebounds, 6.4 assists and 1.6 steals per game. The early Jason Kidd comparisons are proving to be well-founded, considering how the 22-year old playmaker is impressing with his versatility on both offense and defense. The only weakness in his game so far is his consistency from long-range, something that he has been diligently working on with the Pelicans coaching staff.

“His shooting piece is far superior than what people give him credit for, and as long as he shoots with confidence, we expect he is going to make it. Him and Zion are finding such great chemistry so far. And defensively, when he and Jrue turn it up defensively … they’re up there.”

But there’s no rush for Ball to quickly develop an elite shot from the outside. The Pelicans already have a bevy of scorers such as Jrue Holiday, Brandon Ingram and even Zion Williamson. If Lonzo and the rest of his teammates make a lot of progress in terms of their maturity and chemistry, we could see them playing in the April playoff games.