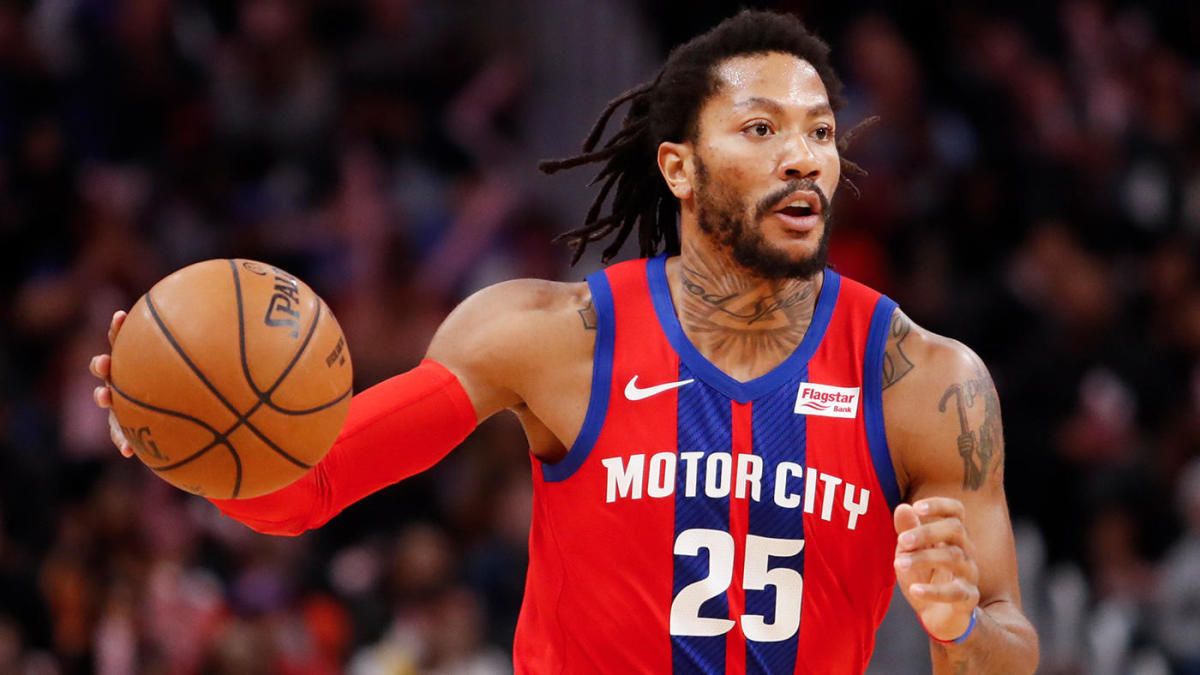 Before the trade deadline, there were already speculations that the Los Angeles Lakers have eyes for a former MVP point guard. Derrick Rose has been balling out for the Detroit Pistons this season, norming impressive numbers of 18.1 points, 2.4 rebounds and 5.6 assists per contest. He has been one of the widely-sought attractions in the trade market, but the Pistons front office ultimately decided that it is better to hold on to him for the rest of the year.

Now, it turns out that the rumors regarding the Lakers’ interest in Rose are true. Shams Charania of The Athletic recently reported that the Pistons denied the Lakers’ offer of all-around point guard Alex Caruso.

“Meanwhile, sources say the Lakers offered a package involving Alex Caruso and draft compensation for Derrick Rose, which was rejected as the Pistons had set a high value on the former NBA MVP. The Lakers stood pat at the deadline — and VP of basketball operations Rob Pelinka instead upgraded the roster post-deadline. The Lakers remain the No. 1 seed in the West at 47-13.”

Caruso, 26, has been a fan-favorite in Los Angeles. Despite putting up low numbers of 5.4 points and 1.8 assists, Caruso’s versatility and court smarts have resulted to an impactful role for the Western Conference frontrunners. He is a combo guard who works well within the system of the team, and his hustle and energy on both ends of the floor have been valuable for the Lakers.

However, Caruso also finds himself battling for minutes in the team’s veteran backcourt line-up. Avery Bradley and Danny Green are already stapled on the starting line-up, while Rajon Rondo’s playmaking and veteran experience are very difficult for head coach Frank Vogel to pass up on. Yet, there is no doubt that the Lakers see something special in him. Even his superstar teammate Anthony Davis knows that he can count on Caruso to make the right plays on both offense and defense, as per Harrison Faigen of SB Nation’s Silver Screen & Roll.

“He always seems to make the right play, and he always seems to be in the right   position at the right time, all the time. He’s tough, a big guard, finishes well, shoots well, reads the defense well. You can put him on anybody, one through three, he’s going to lock them up.

I knew he was pretty athletic, but that was it. The more and more that I get a chance to be on the court with him and just seeing him practice, he surprises me every day with is abilities.”

Moreover, this Lakers offer proves that Caruso has grown into a quality role player in the league. He is not just a fan-favorite, but he has also become an integral piece for the Lakers’ championship hopes this season.

Vogel, who has had coaching stints with the Indiana Pacers and the Orlando Magic, has always employed smart point guards on his roster. He has handled the likes of do-it-all floor generals like Darren Collison and George Hill. Those names don’t necessarily explode on the scoring column each night, but they know how to read opposing teams’ defensive schemes and make the right plays to counter it.

In his first year of handling Caruso, Vogel pointed out that he immediately saw some of his combo guard’s weaknesses. But Vogel also emphasized that Caruso has grown leaps and bounds in terms of his decision-making.

“His decisions in the paint, that’s the biggest thing we’ve been working with him on all season. He does a great job attacking the paint. We want to be a team that gets in there and makes great decisions, and it’s one of the areas where when he first got his feet wet in this league, he struggled a little bit with that.”

As for Rose and the Pistons, it is actually a bit surprising that the partnership has gone beyond the trade and buy-out deadline. When main star Blake Griffin went down with a season-ending injury, many people expected the Pistons front office to let go of their key vets and take on a rebuilding journey. Indeed, the team parted ways with their stars, one by one. They traded away long-tenured All-Star center Andre Drummond in exchange for two unproven players, then bought out the contracts of their two veterans in Reggie Jackson and Markieff Morris.

But surprisingly, they refrained from moving Rose. The 31-year old guard signed a two-year deal with Detroit last summer in hopes of helping the team move up a notch higher among the contenders in the Eastern Conference. It is difficult to imagine the Pistons competing at a high level anytime soon, leaving Rose’s future with the team in the dark.

Moreover, Rose has a special connection with the Lakers superstar big man. Before Davis got drafted as the first overall pick of the 2012 NBA Draft, he grew up in Chicago watching Rose bring the Chicago Bulls team to prominence again. Davis said that Rose has been an inspirational figure in his motivation to continue playing basketball, as per Rob Schaefer of NBC Sports Chicago.

“Rose is still one of my favorites to watch. Even when I was considering — well, I wouldn't say consider, but I had the thought of leaving Perspectives — it was actually probably going to be (for) Simeon because of Derrick Rose. He's one of the guys who I think every guy underneath him looked up to because of the things he did for the city.

And then him actually getting drafted to the Bulls and doing what he did, that whole run, I think that's inspiring for all of us.”

Of course, the Lakers can still pursue Rose next summer. To cushion the impact of their failed efforts to land Rose and also address the team’s need for another proven scorer off the bench, the Lakers recently signed shooting guard Dion Waiters.

Knicks aiming to trade for future Hall of Famer playmaker

Ever since the end of the Carmelo Anthony era in New York, the Knicks have struggled to be a relevant player in the East. It has been an embarrassing period for a franchise who proudly call themselves as the “Mecca of Basketball.” Of course, it is not like they are just lazily sitting down, waiting for the apples to finally fall. The Knicks front office cleared out cap space to pursue max free agents last summer, but not even one superstar committed to them.

Although the city of New York has all the attractions that stars would want out of a big market, the culture within the team has been widely-criticized. Their recent past has been characterized by ownership issues, bad free agent signings and shocking firing of coaches and staff. It has been pretty bad for the Knicks organization, and they are now desperate to right the ship moving forward.

With that said, there are now reports saying that the Knicks are intending to pursue a future Hall of Famer point guard to help instill a winning culture in the team. ESPN’s Frank Isola recently tweeted out that the Knicks have Oklahoma City Thunder veteran star Chris Paul on their radar this offseason.

“The Knicks, according to NBA sources, have been gathering intel on All Star Chris Paul and could make a run at him this summer. Paul, 34, carries a huge contract but he’s had a resurgent season in OKC & is proven leader. (He was also once represented by...Leon Rose.)”

After being shipped by the Houston Rockets to Oklahoma City in the Russell Westbrook deal, Paul has flourished along with his young Thunder teammates. The 34-year old brilliant playmaker is still stuffing the stat sheet with his 17.7 points, 4.9 boards, 6.8 assists and 1.6 steals, while hitting a decent 36% clip from the three-point line.

On top of those numbers, it is Paul’s leadership that has pushed the Thunder to a surprisingly good campaign. Predicted by many to dwell in the bottom half of the stacked Western Conference, the team has climbed up the standings and are now sitting on the 5th spot while sporting a 40-24 record.