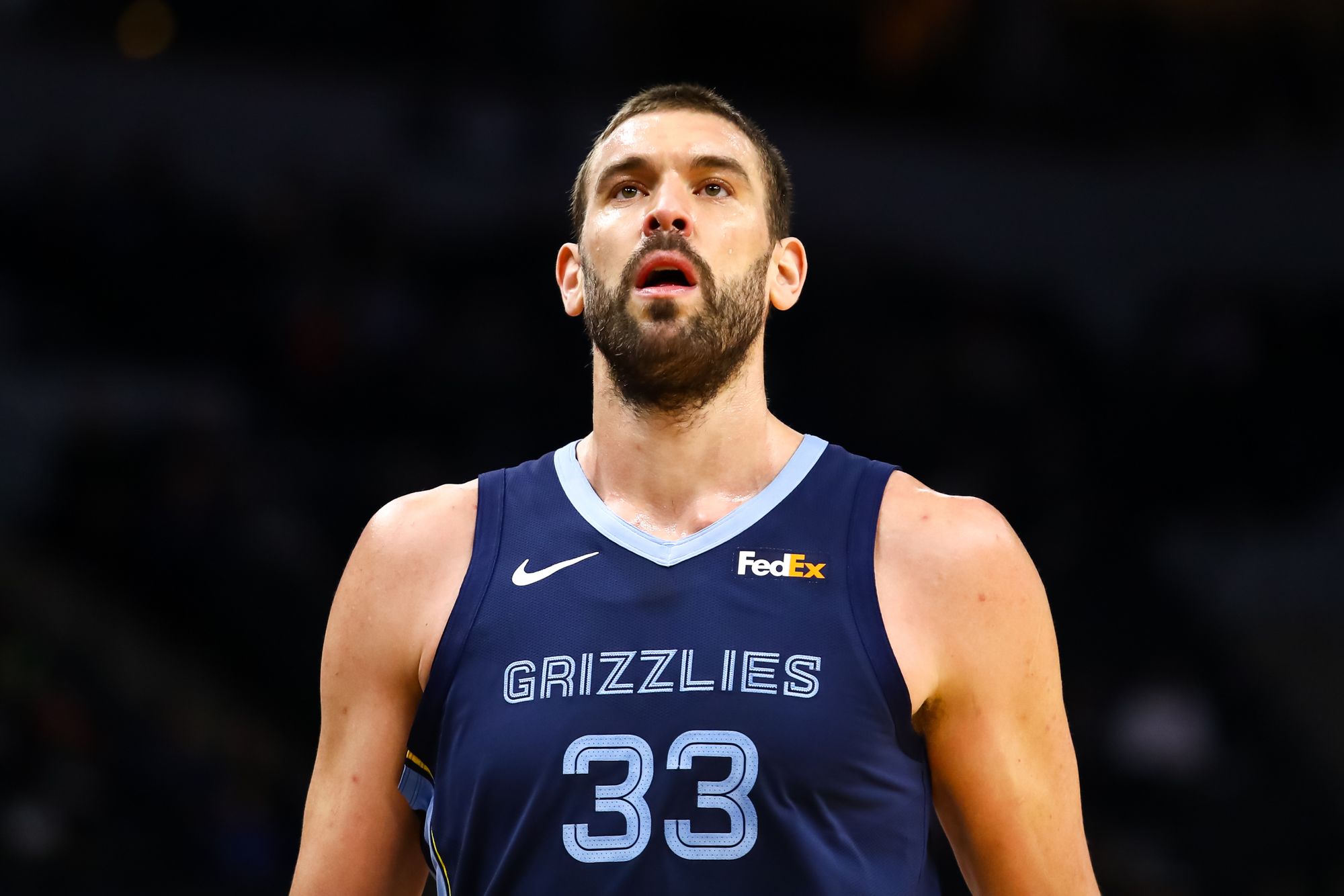 The Los Angeles Lakers have officially ended their partnership with former All-Star big man Marc Gasol. It has now become apparent that the Lakers have struck a deal with the Memphis Grizzlies, sending Gasol, a 2024 second round draft pick and cash considerations totalling $250,000 to the Grizzlies camp. As per ESPN’s Adrian Wojnarowski, it is expected that the Grizzlies will eventually waive Gasol, allowing the veteran center to remain with his family in his home country of Spain.

Wojnarowski also mentioned that the Lakers will acquire the draft rights to Chinese big man Wang Zhelin, who the Grizzlies selected in the second round of the 2016 NBA Draft. Zhelin, who turned 27 years of age last January, is one of the most talented Chinese players in his generation. Standing with a lengthy seven-foot frame, Zhelin is currently suiting up for the Fuijan Sturgeons in the Chinese Basketball Association (CBA). He won the Rookie of the Year award in 2013, then became a CBA All-Star in 2013, 2014, 2015, and 2017. In 2019, Zhelin was then named as the CBA Domestic MVP.

As for Gasol, it remains to be seen as to what is next in his basketball career. Gasol, who turned 36 years of age last January, was selected in the second round of the 2007 NBA Draft. He came in with much hype, especially considering that he is the brother of Pau Gasol, who was then already one of the most talented frontcourt players in the league. He did not play right away after he was drafted as he was still suiting up in Spain. But the 6-foot-11 big man eventually made his way to the NBA during the 2008-09 season, and he made his impact felt by putting up a decent stat line of 11.9 points, 7.4 rebounds, 1.7 assists, 0.8 steals, and 1.1 blocks per contest, while starting in 75 of the 82 games he played for the Grizzlies that season.

He would become a fixture for the Grizzlies future, and was selected to his first All-Star Game in 2012 as he put up a tremendous all-around stat line of 14.6 points, 8.9 rebounds, 3.1 assists, 1.0 steals, and 1.9 blocks per game. He was an integral part of the Grit and Grind Grizzlies squad that made a lot of noise in the Western Conference, but failed to reach the NBA Finals. As per a column written by Jovan Buha of The Athletic, Gasol had a lot of emotions going on when he returned to Memphis as a member of the Lakers back in a game against the Grizzlies early this year.

“You’re missing a huge part of all this, which is the fans and the people from Memphis that have been there. But, obviously, I’m very thankful for what the franchise has done for me, not just now in recognition, but throughout the years that I was here. It’s a special place to me that’s been my home, like, I’ve been here so long. I got here in 2001 when the franchise actually moved here, so imagine how many years. This is the 20th year since I got here, so the franchise means a lot to me. It’s a part of who I am.

You always have it in the back of your mind, when am I gonna play in Memphis again? But in your mind, it’s also, the stands are full. … Because the people is  what made this journey here in Memphis unique and special to me. When you’re playing for a team and a community that is so close to the team, you become, obviously, one of them and become tied. You have the same identity and you represent Memphis, Tenn., everywhere you go. It’s super cool. Before we got here, it was hardly any Memphis jerseys on the road. Then, all of the sudden, every arena we went after a couple of years, you will see more and more people wearing our jerseys and being proud of being a Memphis Grizzlies fan. So that was a huge accomplishment, I think, by that group of guys.”

In his long and productive stint with the Grizzlies, Gasol established his name as one of the most versatile and all-around big men in the league. He is not the most athletic frontcourt player out there, but he knows how to wisely use his strengths to his advantage. On defense, he did not have the high level of vertical athleticism that other centers have but he was the anchor of a Grizzlies defense that prided itself on making life very difficult and miserable to opposing teams. His great impact as the defensive anchor of that squad was rewarded when he was named as the Defensive Player of the Year during the 2012-13 NBA season.

On offense, Gasol is a tough puzzle to figure out. He can score at the post and put up buckets with his soft touch around the rim, and he can also step outside and drain jumpers from the mid-range and from beyond the arc. But that is not where his unique offensive skill set stops. Gasol also has an excellent knack for whipping out accurate passes, making him one of the best playmaking big men that the league has seen. He did not have eye-popping scoring numbers, but his ability to make plays and create shots for his teammates helped him notch three All-Star selections. He also made it to the All-NBA Team twice and to the 2008-09 All-Rookie Team.

After his stint with the Grizzlies, Gasol then made his way to the Toronto Raptors where he would help the team capture their franchise’s first championship. It was also the first title for Gasol, and it was fitting that he won one at that point of his career. He stayed one more year in Toronto, before the Lakers front office acquired him during the 2020 NBA Offseason. Gasol’s role was not as valuable as it was during his stints with the Grizzlies and the Raptors as he only logged 19.1 minutes per contest and averaged 5.0 points, 4.1 rebounds, 2.1 assists, 0.5 steals, and 1.1 blocks per contest.

It was not an easy transition, but Gasol still managed to prove that he belongs to the Lakers’ rotation last season. As per a separate column written by Buha for The Athletic, Lakers head coach Frank Vogel heaped a lot of praises towards Gasol’s playmaking and facilitating on offense. Vogel would point out that the veteran big man would eventually get more comfortable in the Lakers’ system as the NBA season progressed.

“He’s a hell of a weapon, you know what I mean? And so is Drummond and so is Trezz. You know, these are what are called good problems for a coach. And Drum’s the guy who is newest here, so I think it’s important for him to get as many minutes as he can during this stretch to get comfortable with everything we’re trying to do, to look at matchups and for us to figure out the best ways to utilize  his skill set, because we’re going to need all three of those guys.

I think there have been some games, I remember at Toronto I think he had a 20- point night or something like that, but it’s just part of the evolution of a guy in his first year with a team. You find your way. What I loved about Marc before we signed him was that he dominated us twice last year without scoring. He dominated with his defense and rebounding, and I think he had four points and  eight points but was a huge factor in those wins. So I’m content with him playmaking and facilitating and carrying the 3-point line. And as the season’s   gone on, he’s gotten more comfortable in our system and been more aggressive and we welcome that.”

With Gasol now out of the picture, the Lakers will be fielding in three-center line-up that could include Anthony Davis, Dwight Howard, and DeAndre Jordan. The Lakers slotted Davis at the four position, but with the way that they shaped out the roster for next season, it is expected that they will be placing their superstar big man at the center position more often than in the last couple of years.