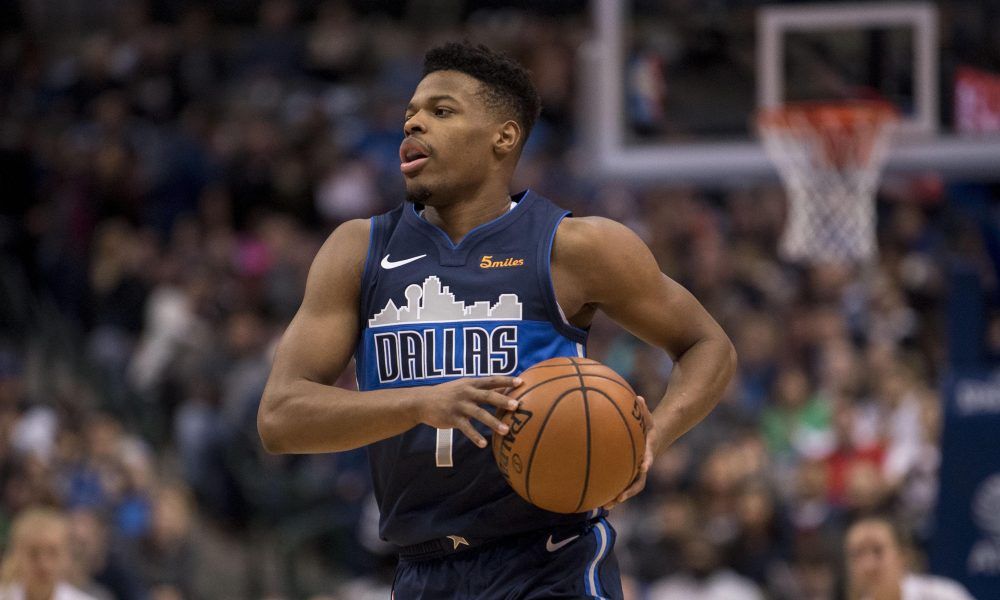 With the emergence of prized rookie Luka Doncic, the Dallas Mavericks could arguably be inclining towards the 19-year old Slovenian wonder to be their franchise point guard. That leaves sophomore Dennis Smith Jr as an expendable asset, an athletic combo guard who seems to be an imperfect fit with Doncic.

Kevin O’Connor of The Ringer, during a weekly podcast that he is co-hosting, created quite a buzz when he stated that the Orlando Magic and the Phoenix Suns are keenly interested on how the Mavericks would push forward on Smith’s future with the team.

“I’ve heard Dennis Smith — obviously there’s been the trade rumors with him — Orlando I’ve heard is interested in him. I’ve heard Phoenix is also interested.”

It has been widely-documented how both the Suns and the Magic are missing the services of a quality point guard who can be a franchise cornerstone in the future. Let’s take a closer look on why both these teams are interested in DSJ, while we also predict how possible trade deals could develop.

While Devin Booker has vastly improved as a playmaker, he is still far more effective as the Suns’ go-to-scorer. Since the start of the season, the team has experimented with young point guards such as De’Anthony Melton, Elie Okobo, Isaiah Canaan and Jawun Evans. The Suns were hoping that they could unearth a gem in one of those four unknown and average players. Unfortunately, none of them stood out, forcing head coach Igor Kokoskov to put the primary playmaking duties on the shoulders of Booker.

Their reported interest on Smith is a no-brainer. Smith’s assists numbers have decreased this season primarily due to Doncic, but his 5.2 dishes per game in his rookie season should not be ignored. Partnering an aggressive penetrator like Smith with a sweet-shooting explosive scorer like Booker should befuddle opposing defenses.

With that said, the Suns should be willing to let go of small forward Josh Jackson, who ironically was in the same draft class with Smith in 2017. Jackson hasn’t panned out as an All-Star caliber two-way player he was projected to be. On top of that, rookie Mikal Bridges has done enough to fill in Jackson’s spot if the team elect to ship the sophomore forward to Dallas.

The Magic had the golden opportunity to draft an able point guard in Collin Sexton or Shai Gilgeous-Alexander last year, but they decided to select Mo Bamba, another combo big man who would wrestle playing minutes with a frontcourt that is already stacked. But despite not having an excellent playmaker on their team, the Magic has found ways to win and has surprisingly barged into playoff contention.

With a capable point guard who they could also count to be a scorer, Aaron Gordon and Nikola Vucevic will have an easier time doing their thing on the inside. Smith’s three-point shooting (38%) has also developed, forcing opposing defenses to think twice before they sag on him and double on Vucevic on the post.

The Magic has two assets that could prove to be intriguing for the Mavericks. They could flip Bamba to Dallas or even sophomore Jonathan Isaac, who has also found it hard to carve out a niche behind Vucevic and Gordon.