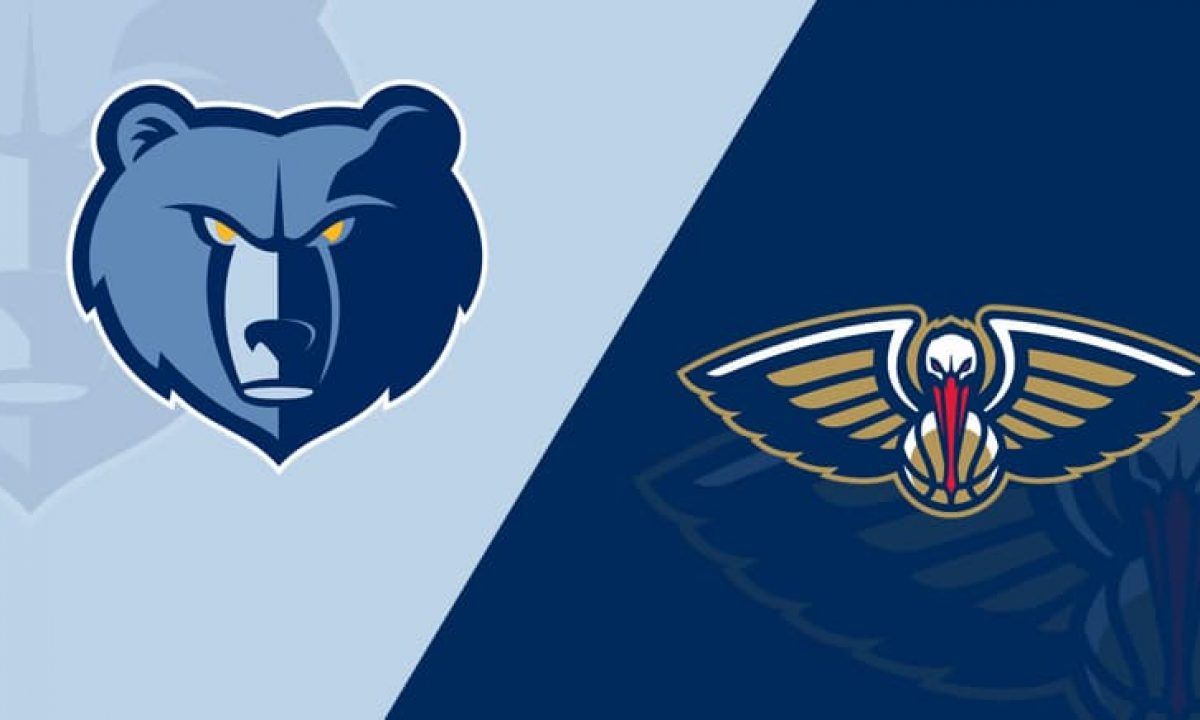 It did not take long for us to see new player movements in the NBA. Just a week after Giannis Antetokounmpo and the Milwaukee Bucks captured the 2021 NBA championship, the Memphis Grizzlies and the New Orleans Pelicans have figured in a multi-player trade deal that will see them swap their two veteran big men and their draft picks.

In a column jointly written by Adrian Wojnarowski and Andrew Lopez of the ESPN, it is now being reported that the Pelicans are shipping veteran big man Steven Adams, defensive-minded point guard Eric Bledsoe plus a couple of future first-round draft picks to the Grizzlies. In return, the Grizzlies are sending veteran big man Jonas Valanciunas and the 17th overall pick in the upcoming 2021 NBA Draft.

Wojnarowski and Lopez also mentioned that one of the draft picks that the Pelicans will send to the Grizzlies is the 10th overall selection in this year’s draft. It is a very good chance for the Grizzlies to snatch a sleeper in the lottery, especially considering that the 2021 draft class is deeper than it has been in the past few years. The Pelicans are also sending a first-round pick that will be protected to 10 in 2022, which they originally received from the Los Angeles Lakers.

Here is a quick rundown of the trade deal as provided by both Wojnarowski and Lopez in their aforementioned article. The two ESPN writers also included the fact that both teams have included an agreement to exchange second-round draft picks in the upcoming draft. The Grizzlies are currently positioned to select 51stin the second round, while the Pelicans are currently holding the 40thselection.

The deal moves the Grizzlies into the lottery at No. 10 of a deep 2021 draft and allows them to add another significant piece to an already playoff tested core of young players. Memphis could have three first-round picks in 2022, including protected picks via the Utah Jazz and the Lakers. New Orleans has the salary-cap space now to match an offer sheet for restricted-free-agent guard Lonzo Ball, or pursue unrestricted free agent point guards in the marketplace, including veteran All-Star Kyle Lowry. The Pelicans are also working to resign restricted free agent Josh Hart. The Pelicans could have as much as $36 million in salary-cap space, if they were to lose Ball and Hart. The room would drop to $25 million if Ball left, but Hart stayed.

How do the Pelicans benefit from this trade?

By just looking at the credentials of the players and the value of the draft picks involved, it sure looks like the Pelicans gave a lot in this deal. But the one important thing that they are doing here is to get rid of Bledsoe’s bloated contract. Bledsoe is currently on a four-year, $70 million contract that will expire in the summer of 2023. He is still a good all-around player who can play on both ends of the floor, but it is true that his production and impact have gone down in the past couple of years.

Moreover, Bledsoe is also playing the same role that Lonzo Ball is fulfilling for the Pelicans. Lonzo is entering restricted free agency this summer, and there is no doubt that the Pelicans front office is placing a higher priority on resigning Lonzo and committing to him long-term as the team’s starting point guard. After all, the 6-foot-6 guard is coming off a career-best season in which he put up a stat line of 14.6 points, 4.8 rebounds, 5.7 assists, and 1.5 steals per contest, including a solid and much-improved 37% clip from the three-point line.

As for their acquisition of Valanciunas, this is a good trade-off as well. The tandem of Adams and Zion Williamson at the frontcourt caused spacing issues for the Pelicans’ offense last season, and that was because neither one of them can shoot well from long range. But with Valanciunas’ knack for knocking down three-point shots, the fit with Zion will be better. Valanciunas is coming off a tremendous performance for the Grizzlies last season, averaging 17.1 points, 12.5 rebounds, and 1.8 assists, while producing a very efficient 59% overall clip from the field.

As per Zach Harper of The Athletic, it is the financial relief that the Pelicans are happy about in this deal. Harper also mentioned that aside from Ball, versatile combo wing Josh Hart is also entering restricted free agency. It is also being rumored that the Pelicans are keen on chasing a free agency who can come in and immediately become a game-changer for them. One of the names being thrown around is Kyle Lowry, who is a free agent this summer.

Now they have a lot of flexibility this summer in how they approach free agency. Ball and Josh Hart will both be restricted free agents for David Griffin’s club. Re-signing both (or matching any offer sheets) could be a great priority for the Pelicans, but it’s no longer necessary to do that or lose the summer. The Pelicans could have over $30 million in cap space by renouncing all of their cap holds. They’ve been rumored to be hot on the pursuit of Kyle Lowry, who might end up the belle of the ball when it comes to free agents in August. Getting Lowry into the mix would certainly bring back the veteran presence this backcourt and team desperately needed.

Even if they don’t get Lowry and now have the flexibility to bring back Ball and Hart at any cost, this could be great for the team books in the near future before the Pels have to ink Williamson to his max extension. Valanciunas has one more year at $14 million. Not only does he make sense financially, but his versatility on the court will pair nicely with Williamson. Only about 10 percent of Valanciunas’ shots came from the perimeter (midrange and 3-pointers), but he was great at making them. He can also bang in the post and was a very reliable scorer for the Grizzlies last season.

How do the Grizzlies benefit from this deal?

First off, adding Bledsoe will be a very good asset in terms of their roster depth. It is without a doubt that this is still a young and inexperienced team. Ja Morant is on his path towards becoming an All-Star next season, and Jaren Jackson Jr. is still developing his overall skill set. Adding Bledsoe and Adams to the mix will bolster their depth, and provide them with experience and leadership at the same time.

Most importantly, it is the 10th overall pick in this year’s draft that will prove to be of utmost value for the Grizzlies. It is a great opportunity for them to bring in a young talented player who can fit alongside Morant and Jackson and become a cornerstone for the future of the franchise. The prospects they will be choosing from could range from Moses Moody, Franz Wagner, Corey Kispert, Alperen Sengun, Josh Giddey, Jalen Johnson, Kai Jones, Davion Mitchell, Usman Garuba, Miles McBride and Jared Springer.

Among those names mentioned above, Harper pointed out that it could be Giddey who the Grizzlies will be most enamored about. Giddey’s unique ability to create plays for his teammates is a sought-after skill for a player of his size. The Aussie prospect stands at 6-foot-8, but he has the physical abilities and the court awareness to become an effective playmaker in the NBA. It is without a doubt that Giddey’s playmaking ability will be a welcome addition to the Grizzlies, especially if you look at their current roster. It is now just a matter of how he could improve his three-point shot as he only shot a measly 29% clip from beyond the arc.

However, two other names also are swirling around. Moses Moody has been someone league sources have said the Grizzlies are very interested in. He’s one of the most intriguing 3-and-D guys in the draft. In his one year at Arkansas, he made 35.8 percent of his 3-pointers, and nearly 50 percent of his shots came from beyond the arc. Nobody is blown away by 35.8 percent, but scouts/executives believe in his shot and are encouraged by the 81.2 percent he shot from the free throw line. Free-throw percentage is often an indicator of someone discovering long-distance accuracy.

The other name that jumps to the top of the board for Memphis at No. 10 is Australian wing Josh Giddey. Giddey has been a guy people don’t believe is getting past the lottery. If Memphis was zeroing in on him, the Grizzlies knew they had to move up to grab him. Orlando and Sacramento are believed to be focusing elsewhere with their selections at 8 and 9, respectively. That would give the Grizzlies a great shot at him at No. 10, if the Warriors don’t decide to pick him at No. 7. They’re believed to be focused on James Bouknight at No. 7, so Giddey falling to Memphis at No. 10 makes a lot of sense. He’s a tall playmaker on the wing. His shooting will be a project, but the Grizzlies aren’t concerned with guys who shoot with questionable accuracy. They want guys who make plays, and they’ll work on shot development down the road.

The Grizzlies and the Pelicans are two teams that are poised to become playoff contenders in the Western Conference. The Grizzlies, who finished last season with a slate of 38 wins against 34 defeats, made it to the playoffs via the Play-In Tournament. However, they faced the top-seeded Utah Jazz, and they were defeated in the first round.

As for the Pelicans, the addition of Zion a couple of years ago surely made them a more exciting team. However, Zion can only do so much and along with star forward Brandon Ingram, the Pelicans front office should be able to surround their two stars with the right supporting cast moving forward.