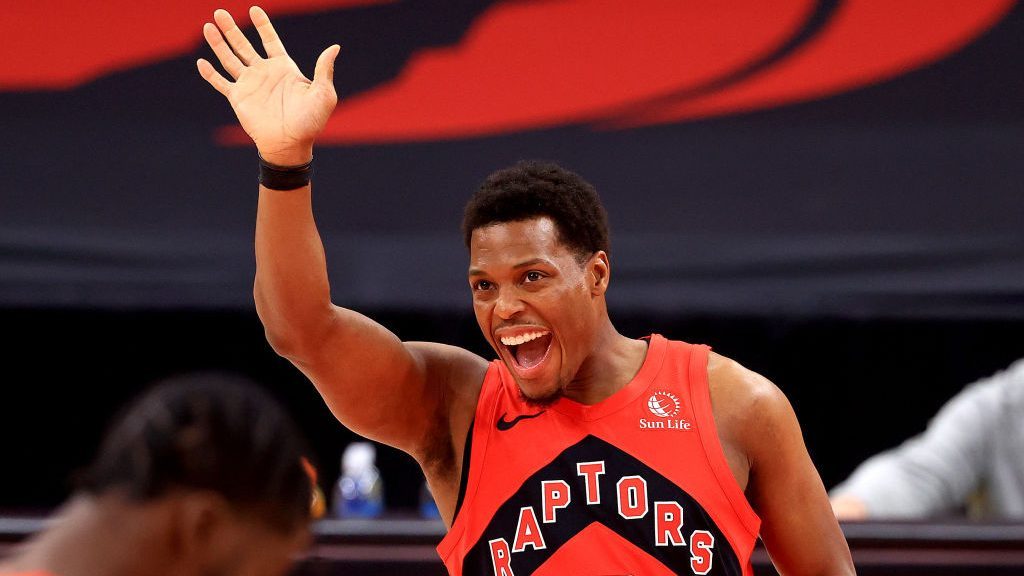 The legendary Pat Riley has done it again in South Beach. With a sign-and-trade deal with the Toronto Raptors, the Miami Heat has landed veteran star point guard Kyle Lowry as they try to redeem themselves from a disappointing first round exit in the 2021 NBA Playoffs. With this great addition on both ends of the floor, the Heat is primed to again be a legitimate championship contender in the Eastern Conference.

In the said deal, the Heat are sending veteran scoring guard Goran Dragic, promising young big man Precious Achiuwa, and a couple of future second round draft picks to the Raptors. It is worth noting that the Heat picked up Dragic’s team option a couple of days ago, but many people already thought back then that it Dragic’s contract will be used as a filler for an upcoming trade. True enough, Dragic was shipped to Toronto, ending a fruitful and memorable seven-year partnership with the Heat.

But all eyes are now locked on Lowry, and how he could bolster the Heat’s chances of going on a deeper run in next year’s playoffs. Vincent Goodwill of Yahoo Sports reported that the Heat has locked up Lowry’s services for the next three years, a deal that would amount to a total of $90 million. It is indeed a huge price to pay, but Lowry’s elite skill set as an all-around point guard will definitely be a much-needed asset for the team.

As per a column written by Tim Bontemps for ESPN, he mentioned that the Lowry-Raptors divorce is not at all surprising. Botemps mentioned that the Raptors already listened to trade offers during the middle of last season, with the likes of the Heat, the Philadelphia 76ers and the Los Angeles Lakers dangling packages for Lowry’s services.

Lowry's acquisition by the Heat marks an end of an era for both he and the Raptors, as the 6-foot guard from North Philadelphia completely changed the trajectory of his career after arriving in Toronto nine years ago. Before the Raptors acquired Lowry from the Houston Rockets in exchange for guard Gary Forbes and a future first round pick -- a pick then-Rockets general manager Daryl Morey included in the seminal trade with the Oklahoma City Thunder for James Harden several months later -- he was a solid guard who was reaching his third team in six NBA seasons.

Now, nine years later, he's a six-time All-Star, has made an All-NBA team, has solidified himself as one of the best point guards in the league and is considered by many to be the best player in franchise history. It appeared Lowry's departure from Toronto was going to happen several months ago, when his name was bandied about heavily prior to March's NBA Trade Deadline. Ultimately though, Toronto chose to hang onto their franchise icon after getting offers from the Philadelphia 76ers, Los Angeles Lakers and the Heat that team president of  basketball operations Masai Ujiri deemed were not good enough to part with Lowry.

Lowry, who won his first NBA championship with the Raptors in 2019, is coming off a productive season in which he put up a tremendous all-around stat line of 17.2 points, 5.4 rebounds, 7.3 assists and 1.0 steals per game. He also shot a 43% overall clip from the field, including an efficient 39% clip from the three-point line and an excellent 87% clip from the free throw line. While it is true that Lowry’s trump card always lies on the defensive end of the floor, many people forget just how good of a player he is on the offensive end of the floor.

This move also concludes Lowry’s illustrious stint with the Raptors, an outstanding partnership that lasted nine seasons. Lowry’s story from a non-lottery draftee to a six-time All-Star is indeed very inspiring. He was selected as the 24thoverall pick during the 2006 NBA Draft and played for the Memphis Grizzlies for more than two years. He showed glimpses of being a two-way player right there and then, but the numbers still don’t back him up.

He was then traded to the Houston Rockets during the 2008-09 NBA season, and it was there that he made the jump to become a good starting point guard. But it was during his stint with the Raptors that he became a star. In 2015, he notched his first All-Star appearance by producing an all-around stat line of 17.8 points, 4.7 rebounds, 6.8 assists and 1.6 steals per contest. Lowry established his name as one of the best defensive point guards in the league, a distinction that he still holds high up until this day.

Even during last season, the Heat were already considered as a top destination for Lowry in the case that he will be traded. The Raptors opted to hold on to their veteran star for at least the rest of the season, but the team still finished with a paltry record of 27 wins against 45 defeats, missing the playoffs for the first time since the 2013-14 season. It was also the first time that Lowry missed the postseason while wearing the Raptors threads. As per Eric Koreen of The Athletic, Lowry’s departure means that the Raptors are about to assume a new identity as a team moving forward. Toronto still have two young stars in Fred VanVleet and Pascal Siakam, a versatile defensive-minded forward in OG Anunoby, and an up-and-coming rookie in Scottie Barnes. The future is still bright for the Raptors, but the departure of Lowry will definitely put the franchise in an unfamiliar territory.

The reality is as so long as Lowry was in Toronto, he would be the personification of the franchise. That is not a bad thing, quite obviously, but it was going to stand  in the way of getting a full view of the pieces around him. It purposely leaves the Raptors wanting an identity, which is a blessing and a curse. Lowry served as a  one-man floor raiser for so many editions of the team that surpassed their predicted win total. That was great when competing for a top seed in the Eastern Conference and making deep runs into playoffs were realistic goals, but it becomes more complicated, even confusing when Lowry is no longer quite at his peak level, and the Raptors have to properly assess a roster that is heavy on high-end supporting pieces and low on obvious franchise foundations.

That isn’t to say they don’t have some keepers. However, removing Lowry, the human safety net, allows the Raptors to see those core pieces, ranging  from Pascal Siakam, who turns 28 in January, to Scottie Barnes, who turned 20 on Sunday, in full. Fred VanVleet is the natural recipient of the baton — even with Lowry, he had turned into the co-leader of the team — but the vibe will be very  different without Lowry. The questions are numerous, and it’s hard to say which one is most important.

As for Lowry’s fit with the Heat, it is without a doubt that it would be a seamless transition for both sides. His no-nonsense, gritty and energetic approach to the game would vibe well with the infamous “Heat Culture.” There is also the fact that Lowry is a pest on the defensive end of the floor, something that is always valuable for any team.

On offense, Lowry should not be overlooked either. While it is true that he is more known as a good facilitator on that end of the floor, many people forget that he is also a great scorer and an excellent outside shooter. The Heat had a lot of bothersome troubles in creating their shots last season, and that is where Lowry will help them a lot on offense. It is true that he is not an elite shot creator, but Lowry is relentless in attacking the rim and he is also an excellent spot-up shooter.

As per a column written by Zach Lowe for ESPN, he mentioned that if Lowry remains healthy, he will be almost be a perfect fit alongside Heat stars Jimmy Butler and Bam Adebayo. Lowe also pointed out that Lowry is a very creative player on offense, and that his movement off the ball will be crucial in helping out a Heat offense that greatly struggled last season.

A healthy Lowry is almost a perfect fit next to Butler and Adebayo. He is a more accurate and prolific 3-point shooter than Dragic, and a much stronger defender. Lineups featuring any two of Dragic, Robinson, and Herro had two spots for predatory opposing offenses to pick at. Lowry vaporizes one of those spots. A closing five of Lowry, Robinson, Butler, Tucker, and Adebayo is formidable. Against some opponents, it will be safe to exchange Herro for Tucker.

There is so much improvisational creativity to Lowry's game -- so much more than rote high pick-and-rolls. He can do plenty of that, of course; the Lowry-Adebayo dance will be an important part of Miami's arsenal, and perhaps a bulwark when Butler rests. Lowry bobs and weaves in the midrange, cutting randomly, working  an impromptu give-and-go, setting unexpected screens, sneaking in for offensive  rebounds. Butler and Adebayo live in that space from 20 feet and in. The Lowry/Butler/Adebayo trio overflows with ad-libbing IQ. All three are good to great passers. Adebayo is emerging as a very good midrange shooter. His bully-ball  game against switches is coming. Butler is reliable from midrange, in part because of his ability to draw fouls and double-teams.

Aside from netting the services of Lowry, the Heat also succeeded in signing tough-minded veterans such as P.J. Tucker and Markieff Morris. They also managed to re-sign shooting guard Duncan Robinson to a five-year, $90 million deal, gave the max extension to Butler, and brought back veteran big man Dewayne Dedmon.

But of course, there is also the fact that the team is banking on the continuous improvement of both Adebayo and Tyler Herro. Adebayo is currently in the thick of pursuing a Gold Medal with Team USA in the Tokyo Olympics. For Herro, it is undeniable that he took a step back in terms of his production last season but many people still believe that the young shooting guard can bounce back and improve his shooting percentages next season.