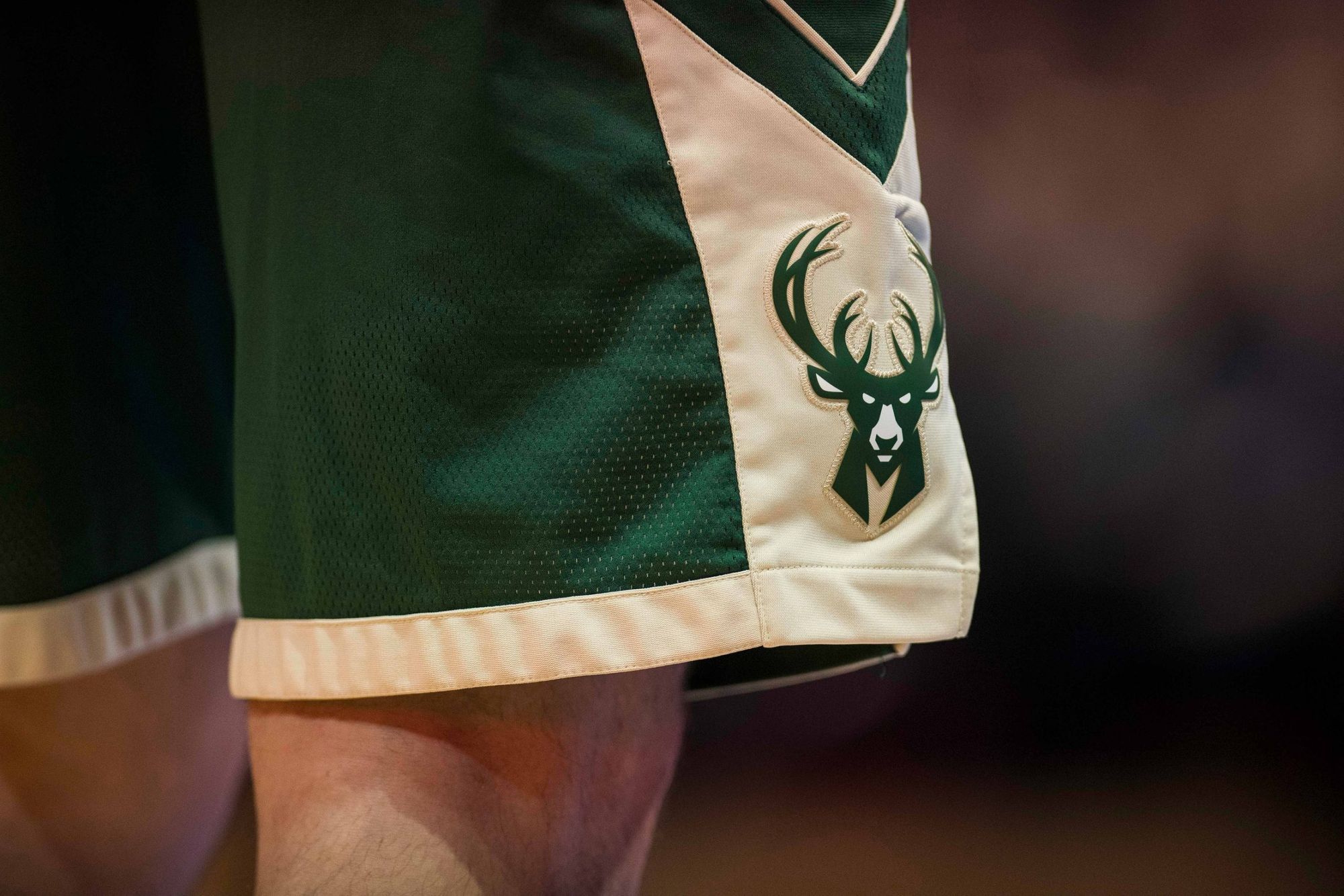 The Milwaukee Bucks are facing a tough situation, as they are pressured to win it all or at least come close to winning a championship next season to keep Giannis Antetokounmpo happy. The two-time NBA Most Valuable Player will be playing in the final year of his contract and there are speculations that he will leave the Bucks in free agency next year if they fail to make noise again in the postseason.

The Bucks are already being linked to several possible trade targets, knowing that they need to make changes to keep Antetokounmpo happy. While there is still optimism within the organization that Antetokounmpo will eventually stay, Zach Lowe of ESPN reported that the Bucks are already mapping out their plan this offseason in the hopes of improving the roster through trades or in free agency.

Lowe revealed that the Bucks are targeting Indiana Pacers guard Victor Oladipo and Sacramento Kings guard Bogdan Bogdanovic. As for Oladipo, the NBA insider revealed that there are no ongoing serious talks with the Pacers about a possible deal, but there is an interest. Oladipo is a two-time All-Star who could be a good fit with Antetokounmpo, but the Bucks and other teams reportedly wants to see him play first next season before pulling the trigger.

"The Bucks are also eyeing Indiana's Victor Oladipo, though no substantive talks with the Pacers have taken place," Lowe said. "Other teams are monitoring the Oladipo situation, but several of them would like to see Oladipo in action before engaging Indiana. Oladipo has struggled since his leg injury in January 2019, but he's only 28 and two years removed from an All-NBA season."

There are questions about Oladipo's health after a sub-par performance last season. The two-time All-Star returned from a long recovery from a torn quad tendon, which visibly affected his explosiveness. In 19 games last season, the 28-year-old guard averaged 14.5 points to go along with 3.9 rebounds. There are doubts about his ability to return to his All-Star form before he suffered the devastating injury.

It also does not help that Oladipo will be playing in the final year of his four-year, $85 million contract with the Bucks. This means that any team who would trade for him could lose him for nothing in free agency next year. But if the Bucks are really determined to make their superstar happy, the next question, according to Lowe, is how much they are willing to give up for a possible one-year rental of Oladipo.

"The broader issue is what Milwaukee can offer for Oladipo -- something like Eric Bledsoe, Donte DiVincenzo, filler salary, and an extra first-round pick (or two) that will be low if Antetokounmpo stays," Lowe said. "Bledsoe's trade value has cratered. The Pacers are probably not in any hurry to reunite the Malcolm Brogdon/Bledsoe backcourt. The Bucks could sweeten the pot by trading lightly protected first-rounders further out -- picks that could become valuable (dangerously so from Milwaukee's   perspective) if Antetokounmpo leaves."

If they find Oladipo as a risky option, the Bucks already have other options. Lowe revealed that Milwaukee is planning to chase Bogdanovic. The Kings guard will be a restricted free agent this offseason, which means that Sacramento can match any offer to Bogdanovic to keep him. The 28-year-old guard is expected to get a lot of attention on the market when the free-agency period begins.

Bogdanovic had a great third year in the league, when he averaged 15.1 points to go along with 3.4 rebounds and 3.4 assists per game. Because of the expected number of suitors of Bogdanovic, he is not expected to come cheap and the Bucks cannot afford to sign him outright. For Milwaukee, the only way to acquire Bogdanovic is through a sign-and-trade, but Lowe is unsure if the Bucks have already reached out to Sacramento about the possibility.

"The Bucks will be active. They love Bogdan Bogdanovic, a restricted free agent with the Sacramento Kings who would require a sign-and-trade," Lowe said. "The Bucks have kicked around scenarios in which they also absorb Harrison Barnes, sources have told ESPN. It is unclear if they have engaged the Kings in real discussions."

The Bucks are also being linked to superstar point guard Chris Paul. However, Lowe clarified that "there has been no tractions so far" or even discussions between the two teams about a potential deal. The Thunder are still looking for a new coach and it remains to be seen whether or not they will go in a full rebuild. If they decide to do a restart, the Thunder are expected to trade Paul, who was instrumental in their impressive performance last year.

The Boston Celtics are also expected to make moves in the hopes of getting over the hump next season. Boston made the Eastern Conference Finals last season, but they fell short of their goal of advancing to the NBA Finals after losing to the Miami Heat. One of the things that they need to work on is the future of Gordon Hayward in Boston. Hayward could become a free agent if he decides to opt out of the final year of his contract.

Hayward is set to earn $34.19 million next season, which he is expected to exercise because it is very unlikely that he will get a better deal this offseason. However, regardless of what he will do with his option, Hayward might have played his final season in a Celtics uniform. According to Ryen Russillo of The Ringer, Hayward wants out of the Celtics -- either through a trade or through free agency if gets a chance to sign multi-year deal elsewhere.

"I've heard Gordon Hayward does want out, but I don't know if he's going to get the money," Russillo said about the future of Hayward. "He's not opting out of that large number unless he knows he getting the deal."

Hayward, who has struggled to regain his old form after a devastating foot injury, looked on his way to getting his confidence last season. In 52 games last season, Hayward averaged 17.5 points on 50.0 percent shooting from the field to go along with a career-high 6.7 rebounds and 4.1 assist per game. However, his excellent season came into a halt in the postseason, where he missed the majority of their playoff games due to a Grade 3 ankle sprain.

Hayward was viewed as a franchise cornerstone when he signed with the team in 2017. However, his role and importance have been reduced last season because of the excellent play of their young stars like Jayson Tatum and Jaylen Brown. Boston also has All-Star guard Kemba Walker and shooting guard Marcus Smart, which might be the reason why Hayward is reportedly considering leaving Boston.

Zach Buckley of Bleacher Report suggested a potential deal for the Celtics. If Hayward exercises his option for next season, Buckley proposed a deal that would send Hayward and the 26th pick in the draft to the Portland Trail Blazers in exchange for Rodney Hood, Trevor Ariza, Anfernee Simons, and Zach Collins. He believes that the deal makes sense for both the Celtics and Trail Blazers.

For the Trail Blazers, Buckley thinks that it would give them the "multi-talented forward" that they have been searching for to pair with All-Star guards Damian Lillard and CJ McCollum. Portland had a great run inside the NBA bubble but were eventually booted out by eventual champions Los Angeles Lakers in the opening round of the playoffs. Portland lacked a consistent third scorer, which could be addressed by adding Hayward.

"Those questions about the identity of Portland's third bucket-getter? Answered, as he's been at least a 17-point scorer four times," Buckley said. "He defends multiple positions. He rebounds. He moves the basketball. He looks like he could be Portland's missing piece, and with the clocks ticking loudly for this team—Damian Lillard is 30,  CJ McCollum is 29—the Blazers are running out of time to jolt themselves into championship contention."

As for the Celtics, they will be getting promising young prospects in Collins and Simons. Collins averaged 7.0 points and 6.3 rebounds last season, while Simons posted 8.3 points and 2.2 rebounds in 20.7 minutes per game. Hood and Ariza, on the other hand, would be additional wing options and veteran presence for the Celtics, especially in a possible deep post-season run next season.

Trading Hayward also makes a lot of sense for Boston because even if he opts in, the former All-Star could leave Boston in free agency next. Getting some assets in return instead of losing a player in free agency is always a better option. They will have a chance to keep him because of Celtics head coach Brad Stevens, who was also the college coach of Hayward, but the Celtics might not be able to afford him because they are already committed to large deals with Walker, Brown, and Smart. Tatum is also expected to get a maximum extension from Boston.