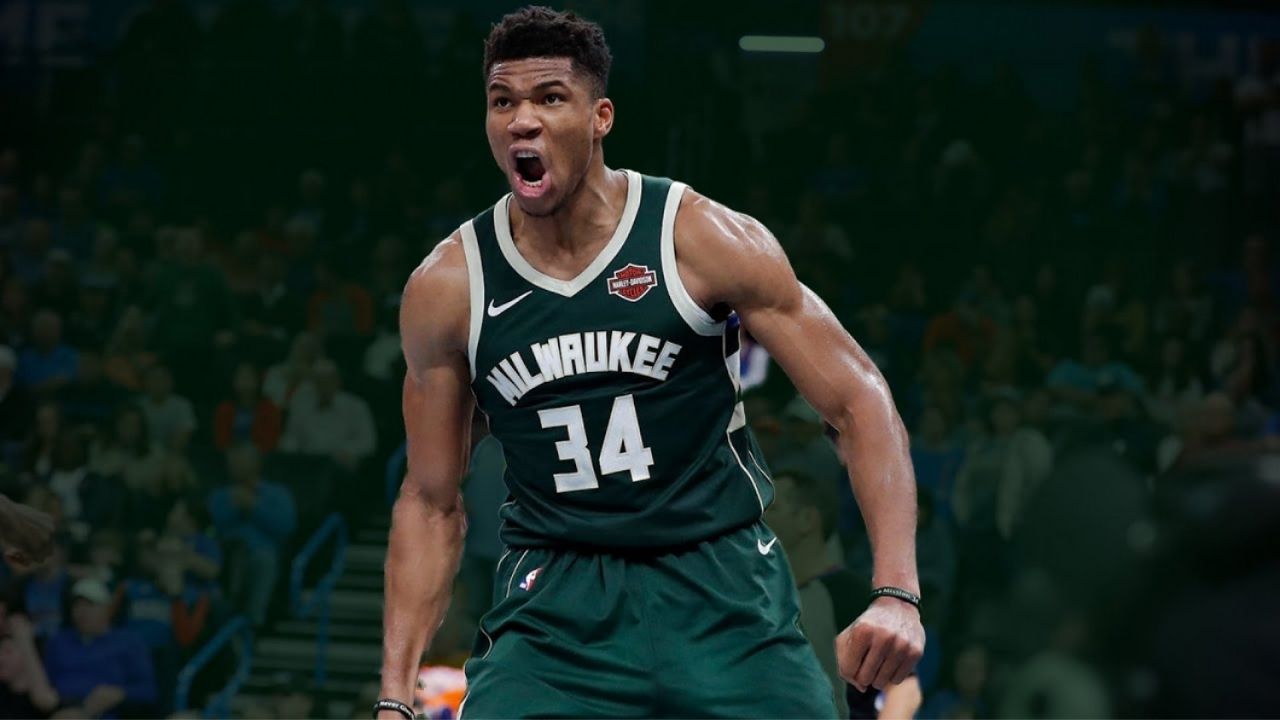 The Milwaukee Bucks have insisted all along that they will do everything to keep Giannis Antetokounmpo. The two-time NBA Most Valuable Player will be playing in the final year of his contract unless he signs a contract extension before the start of the 2020-21 NBA season. If he does not sign, the Bucks could convince him next year, and Milwaukee took a huge step to achieving that goal.

Milwaukee struck two major trades that could well decide the future of Giannis with the Bucks franchise. Shortly after the Phoenix Suns and the Oklahoma City Thunder struck a deal centered on Chris Paul, the Bucks made a huge noise of their own. Milwaukee acquired Jrue Holiday from the New Orleans Pelicans, giving Antetokounmpo another All-Star sidekick at least for the 2020 NBA Season.

The Bucks had to give up a lot to acquire Holiday, who was linked to several teams before he was eventually dealt to Milwaukee. According to Adrian Wojnarowski of ESPN, the Bucks sent Eric Bledsoe, George Hill, a 2020 first-round pick from the Indiana Pacers, and their 2025 and 2027 first-round picks. The deal also gave the Pelicans the rights two swap picks with the Bucks in 2024 and 2026.

Minus getting young players, the haul for the Pelicans was almost close to what they got from the Los Angeles Lakers when they traded Anthony Davis last year. It might be a huge package for the Bucks, but most analysts said that it will be worth it if it means keeping Antetokounmpo thru a long-term deal. Holiday is also expected to have a huge impact for the Bucks on both ends of the floor, and will likely have an easy time fitting into Antetokounmpo.

"Bringing Holiday to the Bucks is a big win," Zach Harper of The Athletic reported. "Holiday has become one of the most widely appreciated players in the NBA among his peers. We’ve seen him adjust to whatever the team needs him to be, like when the Pelicans traded for DeMarcus Cousins and Holiday moved from point guard to off- guard because he felt like he wasn’t setting his two All-Star big men up enough."

Holiday is coming off another strong season, as he averaged 19.1 points to go along with 6.7 assists and 4.8 rebounds per game last season. Aside from his numbers, his impact is greatly felt on the defensive end of the floor, as he is known as one of the best perimeter defenders in the league. In fact, as stated by Harper, the media drew flak for not including Holiday on the All-Defensive Team last season.

Harper added that the 30-year-old point guard could be a strong locker room presence for the Bucks, as he is known to many as an All-Star glue guy. Unlike the other superstar guards in the league, the 11-year veteran does not demand a lot of shot attempts, giving fellow All-Stars Antetokounmpo and Khris Middleton more opportunities to wreak havoc in offense through his excellent playmaking.

And just as everyone thought that the Bucks were already done dealing on Monday night, multiple reports also confirmed that they are about to secure the services of Bogdan Bogdanovic. Bogdanovic would be a restricted free agent when the free-agency period begins on November 21. But this early, the Bucks and the Kings already have an agreement in place for a sign-and-trade deal involving Bogdanovic.

Reports revealed that Bogdanovic will sign a multi-year deal with the Kings and will be shipped out to the Bucks in exchange for Donte DiVincenzo, DJ Wilson, and Ersan Ilyasova. Bogdanovic was expected to receive a lot of attention in free agency this offseason, but the Kings have control because they can match any offer to keep him in Sacramento. The 28-year-old guard averaged 15.1 points to go along with 3.4 rebounds and 3.4 assists per game.

While they sacrificed their depth to acquire Bogdanovic, Harper believes that it would eventually be tagged as a good move for the Bucks because of what the fourth-year forward can bring to the table. He could free up more driving space for Antetokounmpo and Holiday, as he has the ability to knock down shots from the distance. Bogdanovic has also proven last year that he can create his own shots, which was one of the reasons why he earned a starting spot.

"Bogdan Bogdanovic can be a dynamite player for the second unit," Harper said. The Bucks staggering their wealth of creators now between Giannis, Khris Middleton, Holiday, and now Bogdanovic gives them a lot of options with how to mold their attack. Bogdanovic supplanted Buddy Hield in the starting lineup for the Kings last season, and his ability to create in isolation or in pick-and-roll can be very valuable for the Bucks."

Aside from what Holiday and Bogdanovic can bring inside the hardcourt, their arrival would have a huge implication on the future of the Bucks. After their early exit in the 2020 NBA Playoffs, Antetokounmpo sat down with the ownership group and expressed his desire to stay in Milwaukee as long as they can build a championship team. The two separate deals are expected to appease Antetokounmpo.

"These two trades have massive implications for the Bucks attempting to convince Giannis Antetokounmpo to accept their super max extension this offseason," Harper said. "Or if he doesn’t do that, try to convince him to re-sign with the Bucks in the offseason of 2021 when he becomes an unrestricted free agent."

Several teams are already preparing to chase Antetokounmpo next year in free agency, including the Miami Heat and the Dallas Mavericks. However, it is now unknown if the Greek superstar will even become a free agent, as he could eventually sign a maximum extension with the Bucks anytime between now and the start of next season.

According to Marc Stein of New York Times, there was a lot of chatter over the past two weeks that Antetokounmpo is leaning towards signing the super max deal with the Bucks, and he thinks the recent trade suggested that the franchise is also confident of keeping their superstar. Eric Nehm of The Athletic said that the Bucks were always confident of making Antetokounmpo happy, and Monday night's move proved their commitment to competing.

"The aggressive roster realignment also should eliminate any doubt about the organization’s willingness to build the best possible team around Antetokounmpo for years to come," Nehm said. "While the Bucks have always been confident in getting Antetokounmpo this offseason to sign his five-year supermax extension worth $228 million that would keep him in Milwaukee until 2026, both moves prove the organization’s plans to compete for championships."

As for the Pelicans, they received a better package than what most experts expected in any trade involving Holiday. Bledsoe and Hill are two veterans who could help their young players develop at least in the next two season. New Orleans will then have the opportunity to trade both players to get more assets in the future. Bledsoe still has three years left in his deal, while Hill has two seasons left but the second season is guaranteed for just $1 million.

"As for the draft picks, at worst Griffin and the Pelicans are receiving three first- round picks and two first-round draft pick swaps from a team that’s going to be very good for a very long time if Giannis commits to the franchise with the extension,"Harper said. "At best for the Pelicans, Giannis leaves in 2021 and the Pelicans still  have three first-round picks to use for themselves or in trades to acquire people to help Zion Williamson and Brandon Ingram."

Harper added that while the Pelicans did not get a young player who could grow alongside their young core led by Williamson and Ingram, it was a very good haul for them because of those picks. It would even be a major haul if the Bucks lose Antetokounmpo in free agency. Harper pointed out that the gamble Milwaukee made backfired for other teams before.

"Did they receive a good young player as part of the trade? No. But getting the opportunity to control five draft picks of any franchise is a big-time haul," Harper said. "We’ve seen this type of thing backfire on teams before, like with the Brooklyn Nets in their big trade with the Boston Celtics years ago. Even if that fate doesn’t hit the Bucks that hard, Griffin continues to stockpile draft picks."

And as for the Kings, acquiring DiVincenzo, Wilson, and Ilyasova also makes sense for them. Bogdanovic might be too expensive for them in free agency. DiVincenzo and Wilson are also young players who are still looking to find their niche in the league. And by giving up Bogdanovic, they will have more room for De'Aaron Fox's extension and could make Buddy Hield happy again in Sacramento.

"This could be a good deal for the Kings since they weren’t going to keep Bogdanovic at a price that worked for them," Harper said. "This should alleviate some of the angst surrounding Hield. After losing his starting job to Bogdanovic last season, he voiced his displeasure with the move to the second unit often enough to make people feel like a trade was going to have to happen."