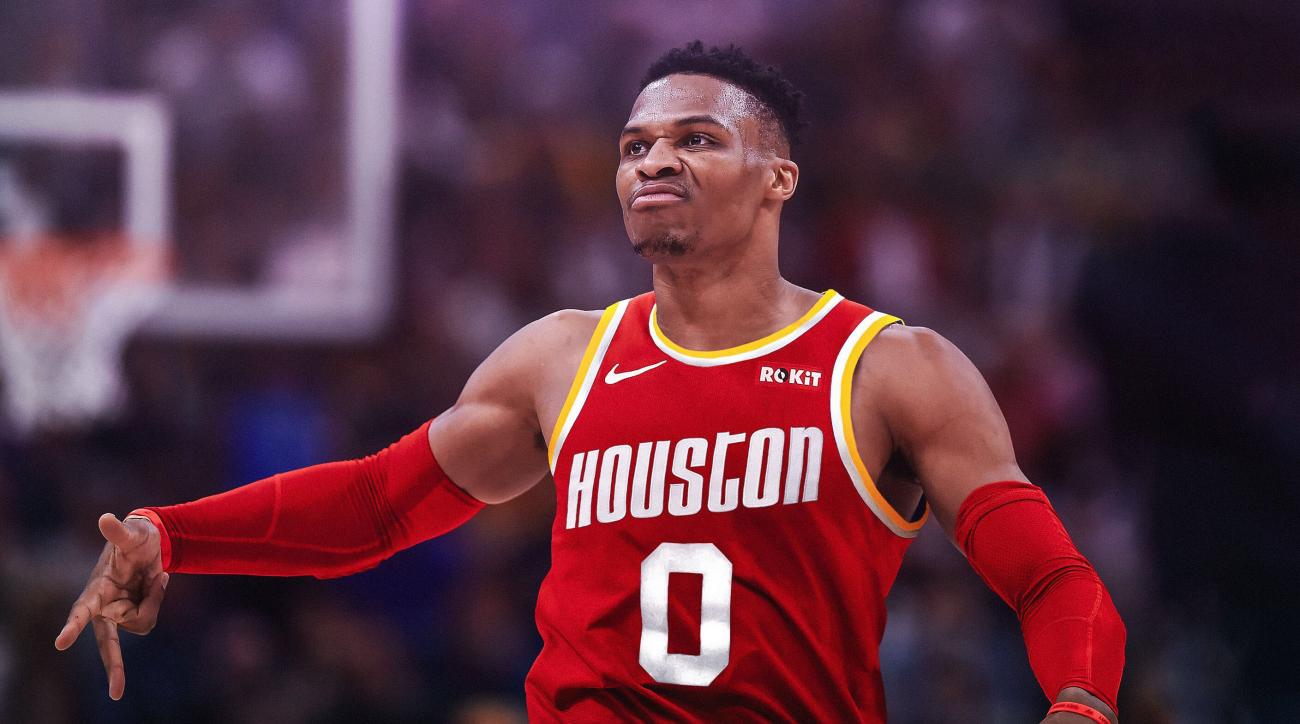 The Houston Rockets have brought in another MVP point guard to camp. The Rockets have completed a deal to acquire Oklahoma City Thunder all-around guard Russell Westbrook in exchange for services of veteran All-Star playmaker Chris Paul. The Rockets also sent multiple first-round draft picks to the Thunder, per ESPN’s Adrian Wojnarowski and Royce Young.

“The Oklahoma City Thunder have agreed to a blockbuster trade that will         send Russell Westbrook to the Houston Rockets, where he'll be reunited with James  Harden, league sources told ESPN.

With this trade made official, it will mark the end of a Thunder era that featured the tenure of superstars James Harden, Kevin Durant and Westbrook on the small market of Oklahoma City. Reports also have it that the Thunder doesn’t plan on retaining Paul on the roster, so another trade involving the 34-year old point guard should be expected in the coming days.

Westbrook will bring in his do-it-all skill set to the Rockets, but the shadows of an elite championship contender shouldn’t be written on stone just yet for Houston. It remains to be seen how Harden and Russ, both primary ball-handlers, will co-exist on the backcourt. Although of course, head coach Mike D’Antoni made it work with Paul and Harden, save for instances when both stars butted heads on the team’s offensive schemes and spacing.

Still, Westbrook believes that he and the new-look Rockets will reach a higher ceiling this season. The Athletic’s Brett Dawson and Michael Lee reported that the athletic guard is excited on figuring out what D’Antoni and the Rockets’ offense have in store for him.

“Westbrook, a source said, is intrigued by the possibilities in Rockets coach Mike   D’Antoni’s offense, by the way Houston spreads the floor and often plays without a   center clogging the paint. Westbrook’s expectation is that he’ll have more open driving lanes and that he’ll be surrounded by more shooting than he has been in Oklahoma City. He’s excited, the source said, by the challenges he and Harden can create together for a defense.”

Indeed, Westbrook’s excellent knack for driving hard down the lane and still having the vision to kick out the ball to wide-open shooters will bode well for the Rockets’ offense. While many could argue that his career-high assists average of 10.7 per game last season is just a result of his “stat-padding” antics, those numbers still speak of Russ’ passing ability. However, with Harden expected to remain as the primary ball-handler of the offense, the Rockets may want Westbrook to focus more on off-ball scoring opportunities and being the decoy in their half-court sets.

Rockets team owner Tilman Fertitta also expressed his excitement on Westbrook’s arrival, while reiterating his gratitude on the work that CP3 put forth for the franchise, per ESPN.

"We're excited to have Russell Westbrook. I would watch him play for Oklahoma City, and he's so athletic. At the same time, this franchise just had the two years with the most wins it's ever had in consecutive years, and we wouldn't have accomplished that without Chris Paul. Chris Paul is unbelievable, and he's gonna be sadly missed."

For the Thunder, this move would officially signal the start of their rebuilding process. With a bunch of first-round draft picks and swap rights and protections, Sam Presti and the OKC front office have fully-invested into their future. Vet role players like Dennis Schroder and Steven Adams are still speculated to be on the trading block, while Paul is set to be moved again, with the Miami Heat as the potential destination. Paul’s declining age will not be in line with the Thunder’s timeline. Furthermore, the team is expected to give heavy minutes to Shai Gilgeous-Alexander, the excellent sophomore point guard they acquired from the Clippers in the Paul George deal.

Miami not being aggressive in pursuing trade for CP3

The Miami Heat was actually reported as the frontrunner for landing Westbrook this summer, but they eventually lost to the Rockets. With the Thunder reportedly in search for a trade partner for Chris Paul’s massive contract, the Heat is again rumoured to be the most interested team in acquiring the 34-year old All-Star point guard.

However, Barry Jackson of the Miami Herald reports that the Heat doesn’t intend to strongly pursue a trade for Paul but they will still lend their ears to whatever the Thunder offers.

“A league source told the Miami Herald that the Heat will listen and do due       diligence on the matter, but that the Heat does not have strong interest and is not     aggressively pursuing a trade for Paul at this time.

Miami would need to be absolutely overwhelmed to consider taking on the final three years and $124 million of Paul’s contract, considering the veteran point guard’s age (34) and lack of durability.”

If there is a team willing to take in Paul’s massive salary, it would be Pat Riley and the Heat organization. Miami is known to always make the most of their financial flexibility and roll out a contending roster every year. Along with the winning culture in Miami, Paul could also be enticed on the thought of forming a dynamic duo with the Heat’s newly-acquired star, Jimmy Butler. Sam Amick of The Athletic has the inside scoop on that rumor.

“Source, to the @TheAthletic: Chris Paul's agent, Leon Rose, will talk to OKC GM Sam Presti in the coming days to determine what's next. If CP wants to go to Miami to join Jimmy Butler, it's clear there's a deal to be done there. The Thunder would engage and have interest.”

A package of Goran Dragic’s expiring contract and one of the Heat’s young assets in Justise Winslow, Tyler Herro or Bam Adebayo could definitely be a negotiation starter for both sides.

The Brooklyn Nets had their best offseason results this summer as they nabbed the services of superstars Kyrie Irving and Kevin Durant, along with the commitment of veteran defensive big man DeAndre Jordan. Durant could have signed directly with the Nets, but ESPN’s Brian Windhorst reports that the two-time Finals MVP facilitated a deal that influenced the Warriors to send a first-round draft pick to the Nets.

“First, Durant initially balked at being traded for Russell straight up, multiple  sources said. He didn’t think it was a fair deal, and in this case, the Warriors had to  not just satisfy the Nets, but also Durant.

Leverage was applied by the player, and Golden State had to include a first-round  pick before Durant would agree to sign off. The Warriors begrudgingly gave it up and     did so with a heavy condition: If the pick falls within the top 20 next year, they don’t   have to send it, and instead will only give Brooklyn a second-round pick … in six years.”

Sign-and-trade scenarios have been recently rampant in free agency. It provides both teams with mutual benefits, something that a straight-up signing couldn’t offer. Interestingly, Windhorst mentioned that Durant “balked” on being a part of a one-on-one trade that would have Russell as the package of the other party. We don’t know if Durant was offended by the thought of that, but a trade involving two free agents definitely changes the usual parameters of a usual deal.