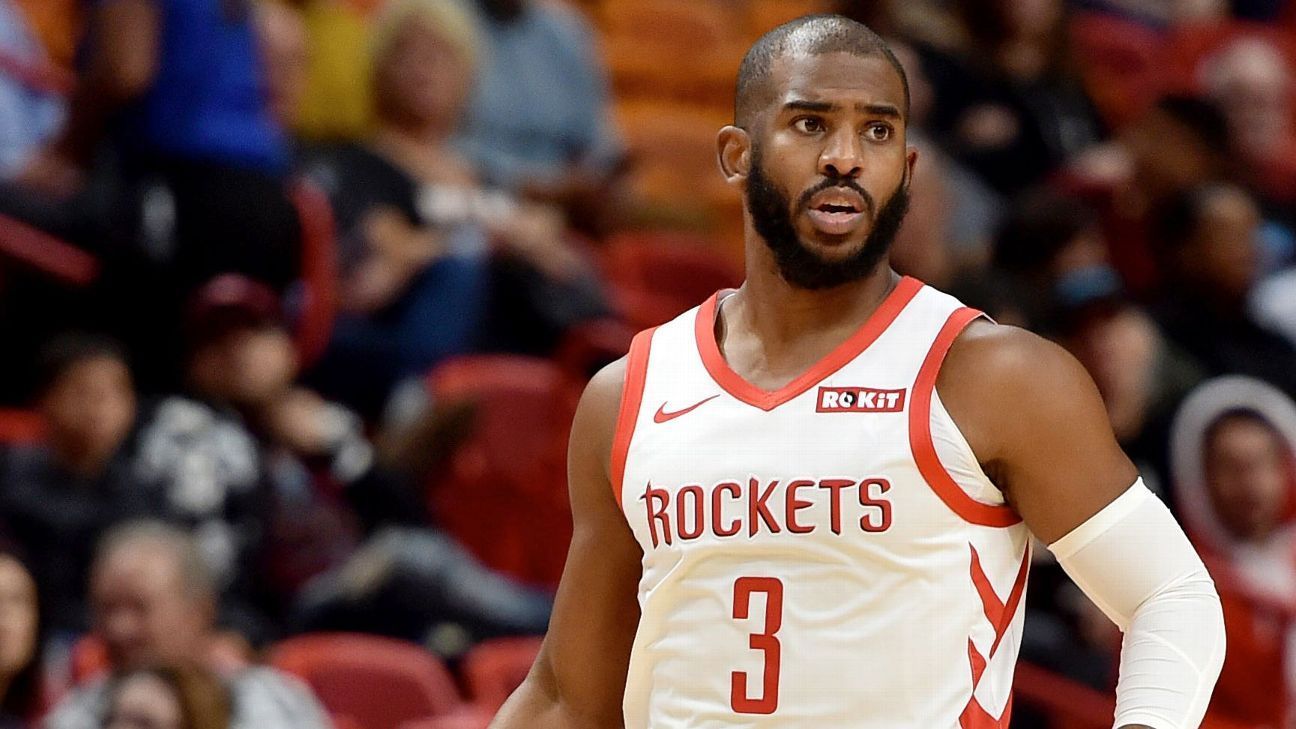 After failing year after year to topple the Golden State Warriors and finally barge through the NBA Finals, the Houston Rockets front office are now looking to blow up the roster and engage themselves in trade talks. ESPN’s Adrian Wojnarowski reported that Rockets general manager Daryl Morey will be very aggressive to gauge the trade value of his players so as to build a more competitive supporting cast around superstar guard James Harden.

“Houston Rockets general manager Daryl Morey has made his entire roster and future draft picks available in trade talks, a dramatic initiative with hopes of reshaping the team into a championship contender, league sources told ESPN.

The possibility of trading All-NBA guard James Harden is believed to be extremely limited, but the rest of the roster -- including even Chris Paul and Clint Capela --  could be more realistic trade targets, sources said.”

The Rockets had a very solid chance to finally beat the defending champs this postseason when Warriors star forward Kevin Durant went down with a calf injury, and Stephen Curry dealing with a dislocated finger that bothered him in the last two games of the series. But Harden and the Rockets failed to capitalize, and they are left licking their wounds with the painful semi-final exit.

Marc Stein of The New York Times also reported that, “Clint Capela is among the players Houston has gauged the market for in recent days,” confirming that the Rockets top brass are already moving the wheels around with the current season not finished just yet. With much-improved numbers of 16.6 points, 12.7 rebounds and 1.5 blocks this season, Capela has shown that he is a formidable frontcourt player on both ends of the floor. However, his performance during the playoffs leaves plenty to be desired as his numbers dipped to just 9.7 points and 10.3 rebounds per contest as the Rockets opted to employ a small-ball line-up with forward P.J. Tucker as the man in the middle.

Still, not every big man in the league possess the mobility, length and touch around the rim that Capela is very good at. So it’s really not a surprise that the Rockets are starting trade talks with the 25-year old Swiss center as the focal point. Another cause for this sudden inclination of the Rockets to blow it up is the Harden-Chris Paul partnership. There were rumors around the league saying that Paul, Harden and head coach Mike D’Antoni aren’t seeing eye-to-eye when it comes to the team’s offensive schemes. While D’Antoni’s contract extension talks with the Rockets have stalled, it could still be assumed that the Rockets are siding with D’Antoni as they are also making Paul available for trade deals.

But trading away Paul is certainly a challenge. Already 34 years old, Paul has shown a decline in his play and the veteran point guard may have entered the twilight stage of his career. However, the biggest obstacle for trading Paul would be his massive contract as he is set to earn $124 million in the next three years. It’s safe to say that if the Rockets pursue moving Paul, they won’t get a very solid package from interested teams. It’s likely that they would agree to eating up a shorter, but similarly-bloated contract and maybe a couple of young players in return.

Will the Heat make a move for CP3?

Pat Riley isn’t known for rebuilding his team so it will be of no surprise if the Miami Heat pulls off a blockbuster trade this summer. The Heat’s roster isn’t exactly bad, but it is full of good players thriving in same positions and roles, not to mention their bloated contracts that will prevent the Heat from being a player in this year’s stacked free agency class. Sean Deveney of Sporting News listed the Heat as a possible suitor for the services of Rockets veteran point guard Chris Paul as the Rockets finally put up the garage sale sign at their front porch.

“Charlotte and Miami are among the teams that could be interested in Paul.     Phoenix is weighing its options at point guard, but there is an outside chance they'd get involved. And keep an eye on the Lakers or Knicks - it's likely that one of them will strike out in free agency and need a face-saving trade to rescue the summer. Paul is a face-saving trade target.”

Paul is still averaging decent all-around numbers of 15.6 points, 8.2 assists, 4.6 rebounds and 2.0 steals per game this season, but has largely found it hard to stay healthy in the past three seasons. His scoring average this season is a career-low for the nine-time All-Star, and he has obviously lost a step with the quality of his play this year. Deveney also mentioned that a league executive says that the Rockets trading Paul is just all about dumping his salary, and Houston should already be satisfied if they succeed in doing that.

"It will have to be a salary dump. You might get back a decent player and a draft pick. But mostly, it is getting that contract off your books for the next three years. Chris can't stay healthy. He has not been the same player. It's hard to imagine him  going back to the way he was.

If you're Houston, you're happy just to move him along and let someone else pay   him. But you're going to have to take back a bad contract in the bargain."

If the Heat are really bent on pursuing Paul, they could offer a trade package that will center on scoring point guard Goran Dragic and stretch big man Kelly Olynyk. They could also slot in James Johnson, a versatile combo forward that could defend both the forward and center positions, as well as put the ball on the floor and create shots for himself. For Miami, the benefit of acquiring Paul would actually be lesser than what they would give in return. Still, Paul is a very smart court general, arguably a Top 3 playmaker of his era, and also an underrated defender. The Heat has always been known for their year-by-year mantra of winning now, and Paul would certainly help achieve that cause.

Los Angeles Lakers sophomore point guard Lonzo Ball may haven’t been putting up eye-popping numbers, but his feel for the game on both ends of the floor is certainly a cause for optimism. Fox Sports’ Jason McIntyre reports that Ball’s names has popped up on the trade radar of two lottery teams: the Phoenix Suns and the Chicago Bulls.

“Best Lonzo Ball trades being discussed now are Suns for 6th pick (Sarver loves him) and Bulls for 7th pick. Ja Morant best PG in draft. Garland 2nd but he’s not considered as good a prospect as Lonzo. Neither will be there at 6/7.”

Both the Suns and the Bulls have been looking for a quality starting point guard for some time now, and they might just pull the trigger this summer and trade for the playmaker they need. The Suns had the greatest odds to land point guard Ja Morant in the draft but they fell to the 6th pick, and with another playmaker prospect Darius Garland expected to be selected before the Suns’ pick, Phoenix will find it difficult to rummage the prospects for another top-tier quality court general.

While Ball’s averages this year of 9.9 points, 5.4 assists, 5.3 rebounds and 1.5 steals per game are lower than his rookie season numbers, he has upped those to 12.5 points, 7.2 assists, and 5.9 rebounds since LeBron James went down with a groin injury midway through the season. Ball also shot a decent 37% clip from beyond the arc in that span, negating any concerns that his unorthodox shooting form will negatively affect his long-range percentages in the years to come.

Still, enticing the Lakers with their draft picks won’t be enough for the Bulls or the Suns to pry Ball away from Hollywood. They have to add another young budding player to the mix, or engage a third team to bring to the Lakers another gunner or stretch big man that LeBron can comfortably work with on offense.