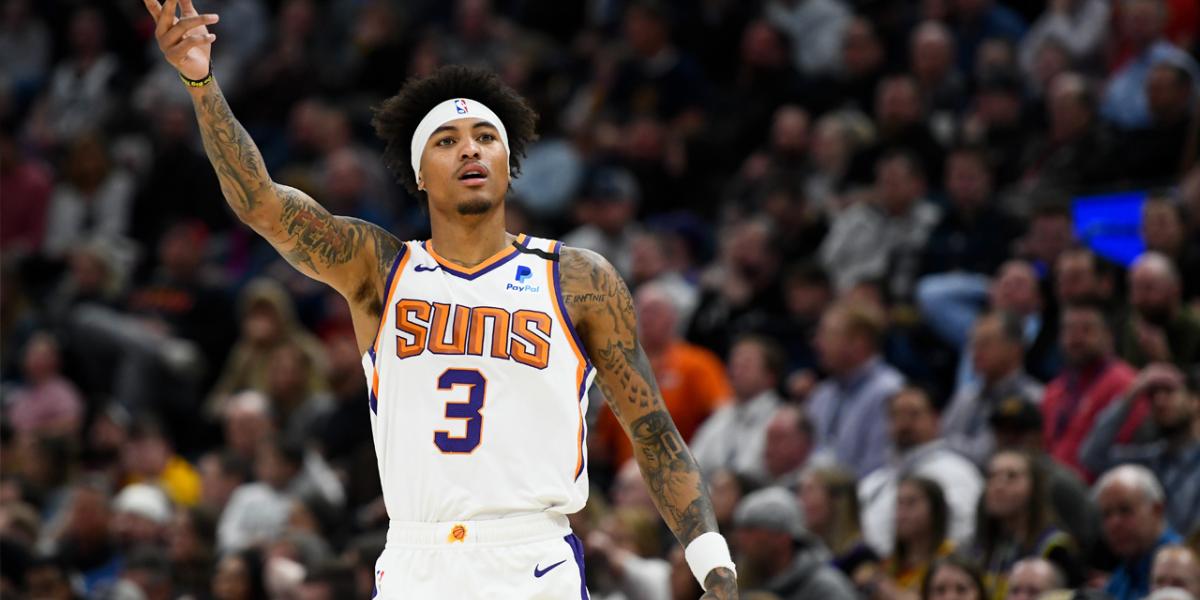 Oubre’s inefficiency could lead to a Warriors trade

While it is true that Kelly Oubre Jr. is not really known for his long-range shooting, his drastic inefficiency on the offensive end could eventually force the Golden State Warriors front office to make a move to trade him. In the 17 games that he played for the Dubs this season, Oubre is only norming a lowly 35%  overall clip from the field, including a measly 21%  from the three-point line.

There is no doubt that Oubre is struggling mightily to start his first season with the Warriors. This now leads to reports saying that the lefty forward could soon be on the move again. Shams Charania of The Athletic reported that the Warriors are in early discussions with the New Orleans Pelicans in a deal that could involve Oubre as a centrepiece.

Still, Oubre’s focus right now is on finding ways to help the Warriors’ cause this season. As per Kendra Andrews of NBC Sports, Oubre reiterated that his role on the second unit is important for him to bring much-needed energy and gauge the floor on where he could find the rhythm to his game.

"Just to be able to lead the charge, play with the guys and continuously bring energy to the second unit, it's an amazing slot for me," Oubre said. "To run, take my time, find my rhythm.

I like to perform," Oubre said. "My job is to go out there and perform and    put on a show. Obviously, there are no fans this year so it kind of               dumbs down that element to the game, but that's part of my job. To go out  there and make people feel like they're on the court or feel the energy        from the court. It's an unseen element to this game that I love."

Even though his shooting still leaves more questions than answers, Oubre is still quite the asset on the defensive end of the floor. He has the length, mobility and instincts to be an outstanding defender, and he is showing that in his first stint with the Warriors.

Most importantly, it is Oubre’s confidence and energy that’s giving this Warriors squad a newfound asset. With the injured Klay Thompson set to miss the entirety of the season, they need a new face like Oubre to bring the intangibles on both ends of the floor. The 25-year old combo wing is currently averaging 5.5 rebounds, 1.2 steals and 0.9 blocks per contest, a stat line that indicates that his body of work is focused on defense.

Amidst the swirling trade rumors, Oubre recently played a huge game in a win against the Minnesota Timberwolves. It was easily the best game of his young Warriors career, and it was also a brilliant ways to shut down the critics and give himself a much needed boost not just for his own confidence level, but also for the whole team.

Warriors head coach Steve Kerr, who has already won three championships in the Bay Area, provided heaps of praises for his young forward. (h/t Anthony Slater of The Athletic)

“It’s not easy to play through that stuff and he came in and played one         of his best games,” Kerr said. “He was really the key to finally gaining      some traction in the game in the second quarter.

I think he’s just realizing to just get off the ball,” Kerr said. “That’s  what we say all the time. Meaning, if you put it on the floor and if you have a lane, take it, otherwise move it along. The ball moves faster than people can and if you can get a couple of drive-and-kicks in a row, it’s  really hard for your defense to recover. That’s kind of the basis for   everything we do. I think Kelly is starting to feel more comfortable   just with his teammates, the setting and the style.”

Oubre, who spent the first three years of his career with the Washington Wizards, stills has tons of room for more drastic improvement in his overall game. He grew into a solid role and arguably a budding star during his time with the Phoenix Suns, a stint that obviously drew the attention of Kerr and the rest of the Warriors front office.

Proving himself as championship-caliber player and an effective operator on the offensive end should be tough challenges for Oubre, but there is no doubt that he has the talent and potential to get there.

Former 2nd overall draft pick Lonzo Ball could soon be headed to his third team in the NBA. Charania also reported that the New Orleans Pelicans are now willing to listen to trade offers for Ball, but it would obviously be dependent on the right price.

Charania emphasized that the Pelicans front office is now “receiving calls” from interested trade partners, and he also reiterated that the team is bent on giving more playing time to their younger backcourt players.

“A team that is expected to be prominent in the trade market picture,            rival teams expect: The New Orleans Pelicans. The franchise is off to an uneven 5-10 start to the season. New Orleans has been receiving calls  about the availability of Lonzo Ball and JJ Redick and has shown an        openness to discussing trades around both with interested teams,               sources tell The Athletic. A move would create a clearer pathway for     young guards Nickeil Alexander-Walker and Kira Lewis in the Pelicans’      rotation.

For the Pelicans, the future core is centered around Brandon Ingram and       Zion Williamson, and although there have been hurdles along the way        the franchise has remained committed to continuing to develop an             identity around both cornerstones. When the Pelicans hired Stan Van         Gundy as the new head coach, Ingram and Williamson expressed strong desires to have the veteran coach come in and set the tone for               accountability. It stings through defeat sometimes, but the Pelicans have so far been pleased with Van Gundy’s job early this season, sources               said.”

This is quite a surprising development, especially with Lonzo showing more improvement in the past couple of years. After being traded to New Orleans last season, Ball steadily improved his long range shooting. He put up a decent 37%  clip from beyond the arc last year as he successfully revamped his shooting form that resulted into a much-improved shooting rate from deep.

Ball also showed promise as a playmaker. Even with stars like Jrue Holiday and Brandon Ingram grabbing the lion’s share of the offensive workload for the Pelicans last season, Ball still managed to come up with 7.0 assists per game, a nice highlight to an all-around stat line that also included 11.8 points, 6.1 rebounds and 1.4 steals.

So it is without a doubt that Lonzo has the potential to be a two-way star in the league. However, it is also true that his percentages have again dipped this season. He is now just shooting a lowly 29% clip from the three-point line, his assists have gone down to 4.7 dimes, and his rebounding has decreased as well.

His teammates in New Orleans also see this potential, too. Ingram, who notched his first All-Star appearance last year, praised Lonzo’s all-around effort during the Pels’ recent win against Bradley Beal and the Wizards. Ingram pointed out to the fact that Lonzo had his confidence going in, and that he is exerting a tremendous effort on the defensive end of the floor. (h/t )

“I think Lonzo did a really, really good job of initiating our offense      today, making sure everybody was organized. Everything he did, he was   confident in everything he did today and it trickled down to everybody else. He showed a lot of confidence today. On the defensive end, too, I think Bradley Beal started off a little slow tonight because of his pressure a little bit. Then, on the offensive end, he was ready to shoot the basketball, ready to drive, ready to make the next play and that’s something we need out of him. He drives everything that we do when he’s  at the head of everything.

It looks different when he’s going up the floor and he has a pace to him, trying to get to the basket, trying to make something happen. He’s  our best passer on the basketball floor so when he gets into the lane, he collapses defenses and he knows the right pass to make. So, when he’s playing like that, it makes our team a whole different ball team.”

Despite all the criticisms that are thrown at him, it is also true that Lonzo is only 23 years of age. He is still a very young point guard in the NBA, and he still has a couple of years left before he hits the peak of his career. That is a scary thought for the league, especially with the rounded numbers that Lonzo is already putting up this early in his career.