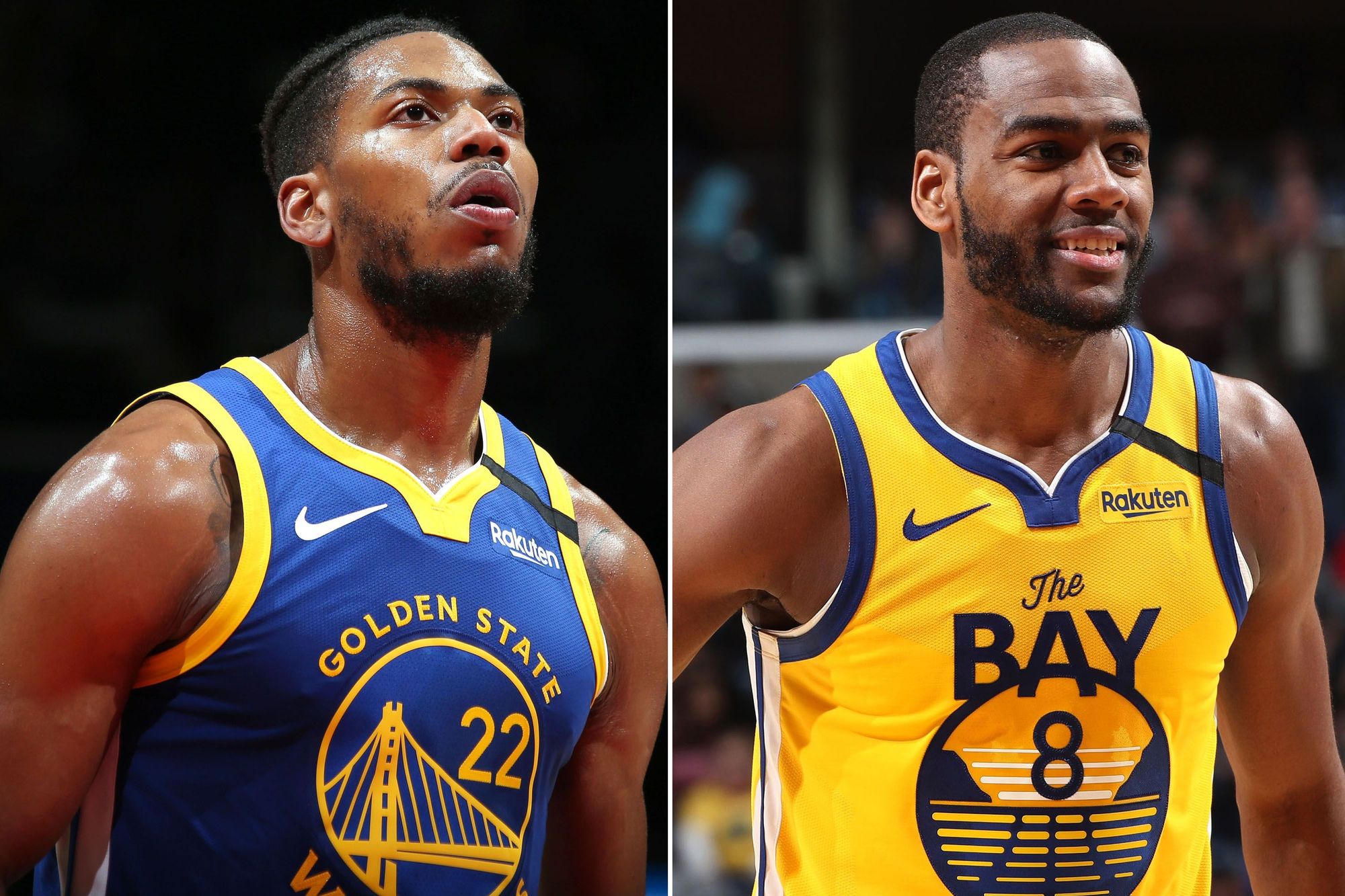 Sixers address shooting deficiency with additions of Burks and Robinson

In a conscious effort to address their need for more capable and consistent long-range shooters, the Philadelphia 76ers have added two veteran swingmen to bolster their perimeter line-up. Philly has received Alec Burks and Glenn Robinson III from the Golden State Warriors, while sending multiple second-round draft picks to the Dubs. With the Warriors losing stars Stephen Curry and Klay Thompson to injuries, both Burks and Robinson have played quality roles this season.

Robinson, who is norming career-highs of 12.7 points and 4.6 rebounds this season, is no stranger to Philadelphia. He played 10 games for the team during the 2014-15 season, before moving to the Indiana Pacers the following year.

In his first game as a Sixer this season, Robinson chipped in 10 points and missed only one of his six attempts in a win against the Chicago Bulls. As per Noah Levick of NBC Sports Philadelphia, Robinson points out that the team’s talent and depth are indeed better right now than it was several years ago.

“The players have definitely gotten better [compared to 2015], yeah. It’s always weird — a new day at a job, that first step, it’s always different. I felt the energy in the building, it’s great to be back. ... Everyone welcomed me with open arms and is glad  that I’m back here in Philly. I really feel like I can help this team. Just glad to be wanted. I think that’s the main thing as a player is coming into different situations, whether it’s a trade or you get picked up in free agency, being wanted is a good feeling.

For Brett to FaceTime almost immediately after finding out the news, I think that says a lot about his character, my character and what they want here.”

Like Robinson, Burks has been putting up a career-high of 15.8 points per game this season. On top of that, the 28-year old shooting guard is also norming 4.6 rebounds and 3.1 assists while shooting an outstanding 37% clip from the three-point line. This year is indeed a career resurgence for the 6-foot-7 veteran. After a productive 2015-16 season with the Utah Jazz when he averaged 13.3 markers, his role and minutes decreased in the following years. He has failed to crack double-digit scoring average since that season, but the Warriors gave him a golden opportunity to show that he still has what it takes to be an elite scorer in the league.

Sixers head coach Brett Brown singled out Burks’ excellence in creating scoring opportunities for himself and for his teammates as a valuable addition to the team’s offense, especially at this point of the season.

“You need somebody that can break down a defense, that can get to the paint — hopefully out of an isolation, out of a live ball. And he can do that. And so I felt that when we didn’t have [Josh Richardson]. You felt that.

If we’re all honest, with the identifiable skill sets of our guys, it’s not like give it to so-  and-so and they’re going to break somebody down, get into the paint and find people  — that’s not it. We have very good players with high levels of skills, but that thing  you’re talking about is needed. You really need it, and you especially need it when you play late in the season.”

Along with their need for perimeter shooting consistency, the Sixers also lost a shot creator and playmaker in Jimmy Butler. With the team deciding to forego offering Butler a max extension, the two-way superstar vaulted for the Miami Heat last summer. While there is no denying that Ben Simmons has established himself as one of the elite point guards in the league, his inability to shoot from the mid-range to beyond the arc has been putting him and the team at a disadvantage.

Simmons’ glaring weakness at the offensive end was the main reason why the Sixers front office traded for Butler last season. However, Philly never gave him the contract extension he wanted so the team made a sign-and-trade deal with the Heat that netted them a young combo guard in Josh Richardson. Richardson isn’t as good a passer as Simmons, but he has a decent perimeter game packed in his skill set.

His value to the team was felt even deeper when he was sidelined by an injury a couple of weeks ago. During that time when Richardson was recovering, the Sixers went on a frustrating four-game losing skid, with three of those losses coming from fellow Eastern Conference contenders like the Heat, the Boston Celtics and the Milwaukee Bucks.

Disgruntled Hield could demand for trade in the offseason

Spitfire gunner Buddy Hield is leading the Sacramento Kings in the scoring column, but that has not stopped head coach Luke Walton in relegating him to a sixth man role midway through this season. Instead, Walton has brought up Bogdan Bogdanovic to the starting role, a confusing move that obviously displeased Hield. After sustaining an embarrassing 21-point loss at the hands of the Detroit Pistons last January 22, the Kings coaching staff made a bold decision to start Bogdanovic over Hield. It has already been 10 games that Hield is coming off the bench, with the team compiling a 6-4 record during that span.

With them defeating good teams like the Heat, the Los Angeles Clippers and the San Antonio Spurs, this might just become a norm for the squad. Obviously, they have nothing to lose with this experiment as their hopes for a playoff spot are arguably down the drain already. However, they have to be careful with this if they want to retain Hield in the years to come. As per The Athletic’s Shams Charania, Sam Amick and Jason Jones, their sources around the league believe that the shooting guard might demand a trade if this trend continues for him and the Kings.

"If Hield remains displeased with his role, a source with knowledge of his thinking said he might request a trade. He believes he is a starter in the NBA and there's no guarantee he'll get that job back, given how the team has played lately. And unlike last season, when he never criticized [Dave] Joerger publicly and even refrained from doing so after their well-chronicled January 2019 run-in at Golden State, Hield has shown a willingness to criticize [Luke] Walton that has proved at times problematic."

Hield has been outstanding for his team this season, averaging all-around numbers of 20.4 points, 5.0 rebounds and 3.2 assists per contest. He is also shooting a stellar 39% clip from beyond the arc, and won the recent three-point shooting contest during the All-Star Weekend. Last offseason, the Kings agreed to re-sign the 27-year old scorer to a four-year, $86 million contract, a deal that would net him $20 million more in incentives. That extension signalled that the Kings organization was ready to pronounce Hield as the top dog of the roster, making his relegation to the second unit a very mind-boggling decision.

Despite all the speculations that he might demand a trade soon, Hield reiterated that his focus right now is to help his team rack up more wins. The sweet-shooting guard also emphasized that he is just happy playing the game he loves in the most prestigious basketball league in the world, as per Jason Anderson of The Sacramento Bee.

However optimistic Hield may be moving forward, it will indeed be a bumpy ride for him and his teammates in this second half of the season. They are sitting on the 13thspot in the West, holding a paltry 21-33 win-loss card. Things will become even more interesting in the summer as Bogdanovic will enter restricted free agency.