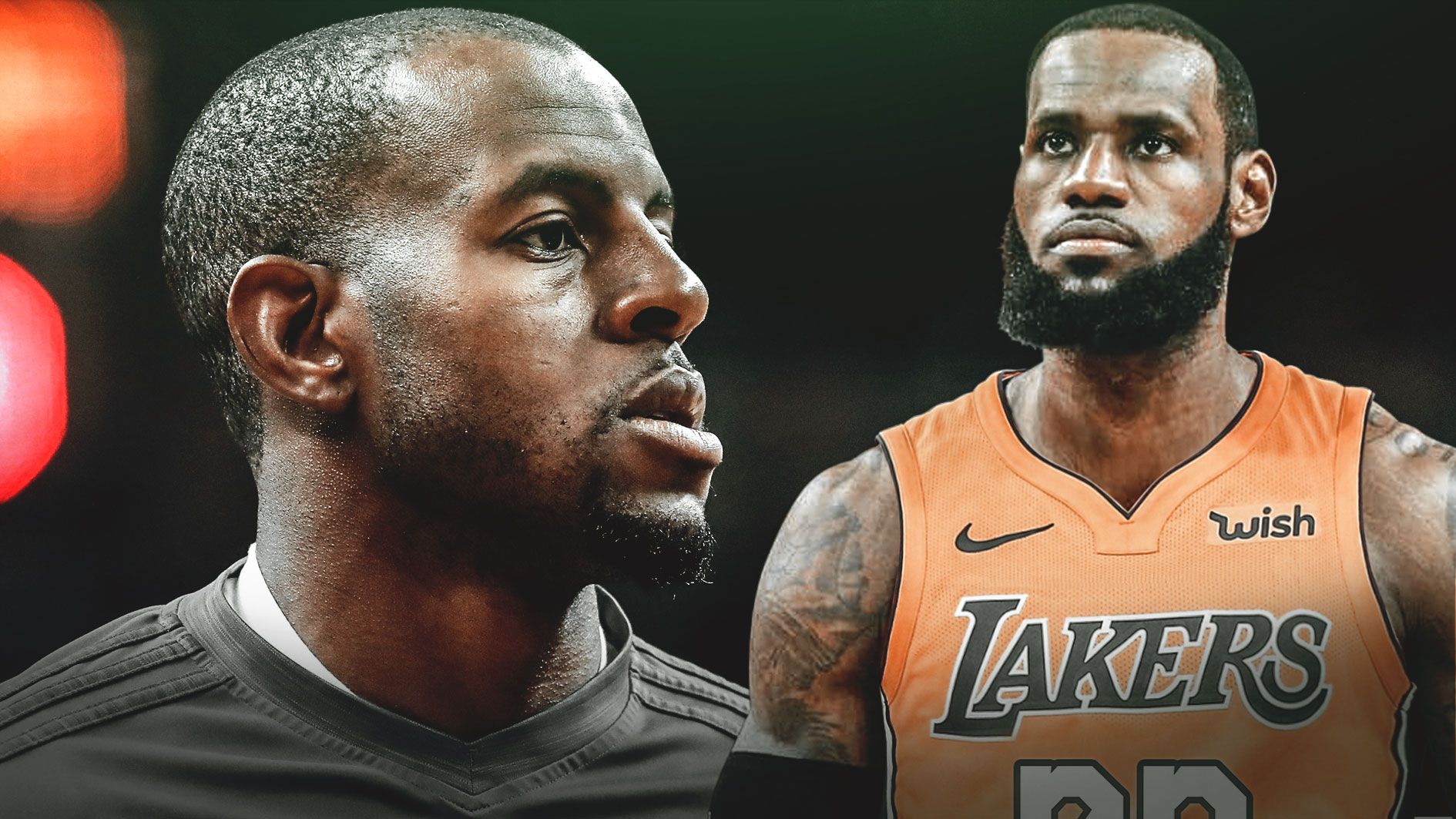 Pacers’ asking price for Turner too high for interested teams

The Indiana Pacers will enter the 2019-20 season as one of the most intriguing teams in terms of potential. All-Star combo guard Victor Oladipo will return to the court after a season-ending injury, teaming up with newly-acquired young impressive guard Malcolm Brogdon. The Pacers will also parade the young dynamic frontcourt duo of Domantas Sabonis and Myles Turner, two combo big men who have excellent inside-outside games.

Turner, 23, posted a stat line of 13.3 points, 7.2 rebounds and a career-high 2.7 blocks per contest for Indiana last season. He is a prototype modern center – a mobile big man who can shoot the lights out from beyond the arc and can also adeptly finish around the rim especially in pick-and-roll situations. However, there are still doubts as to how the Pacers can pair him and Sabonis on the court at the same time. Head coach Nate McMillan has alternated both players in his line-ups, but with how these two have grown in terms of their efficiency and skills, it’s time that they both earn their respective starting spots.

With that said, there were some teams who engaged with the Pacers to ask the availability of Turner. While the Pacers picked up the phone and listened to them, those interested teams concluded that it would take a real blockbuster offer for the Pacers front office to consider letting go of Turner, per SNY’s Ian Begley.

There were also earlier reports saying that the Pacers rejected every trade offer for the services of Turner during the draft night last June, per Zach Lowe of the ESPN.

"The league at large is skeptical about the staying power of the Sabonis/Turner duo, and that skepticism grew louder when the Pacers drafted another center—Goga   Bitadze—last week. (Sabonis is up for what would be a big extension this summer.) Teams call about Sabonis and Turner all the time; the Pacers rejected offers for Turner at the draft, sources say. Those calls will continue."

It could be assumed that the Pacers are thinking very highly of Turner and the star that he could be in the near future. He is a perfect frontcourt complimentary piece for Oladipo and Brogdon, two guards who can score efficiently and also handle the rock and make plays for teammates. Although Turner is yet to develop a potent low-post game, he is already great at playing the pick-and-roll situation and his ability to shoot from long-range forces defenders to think twice on sagging or double-teaming the ball-handler.

Even the highly-credentialed Gregg Popovich, head coach of the San Antonio Spurs and now the newly-minted coach of the USA Men’s Basketball Team, has invited Turner to try out for a spot at the squad competing in the 2019 FIBA World Cup scheduled later this month. Turner says that the opportunity to be selected for the final team is something he couldn’t decline, per Scott Agness of The Athletic.

“More than anything, I just wanted to stay (connected) with USA Basketball,     something I’ve been doing since my senior year of high school. Being able to have a  chance to play at this level is huge. Obviously, I hope to be able to play in the  Olympics one day, but this will be a good experience to play with some of the best  talent in the world, some of the best talent in the league right now. I’m looking forward to the opportunity more than anything.”

It has been a busy summer for Turner as he works out on improving his game. He also had private workout sessions with Boston Celtics legendary power forward Kevin McHale, a big man known for his vast array of low-post moves. The lessons he will learn from McHale, combined with the great experience of learning from Popovich and the other stars at the Team USA training camp, will be essential for his development to become a bonafide All-Star caliber player next season.

Which between the Lakers and the Rockets will land Iggy?

Veteran forward Andre Iguodala’s tenure with the Golden State Warriors may be over but the 35-year old defensive ace’s career is certainly far from its end. Iguodala is still widely sought-after by contending teams, and it’s almost a sure thing that he will traded or bough out by the Memphis Grizzlies this upcoming season.

Among the frontrunners for landing Iggy’s services are the Los Angeles Lakers and the Houston Rockets. The Rockets, who recently pulled off a stunner by trading for star point guard Russell Westbrook, have put Iguodala at the top of their priority list, per Sam Amick of The Athletic.

“Priority No. 1? Secure a deal for former Warriors sixth man Andre Iguodala, who was traded by the Warriors to Memphis on June 30 to make room for D’Angelo Russell in the Kevin Durant sign-and-trade with Brooklyn.

The Rockets have continued their push to land the 35-year-old via trade, with the Clippers also known to be among the most serious suitors. They are also hoping to add veteran big man Tyson Chandler.”

The Rockets have already successfully acquired Chandler through a one-year, minimum deal. Chandler will fortify their defense and also serve as an outstanding mentor for young budding center Clint Capela. However, getting Iguodala could be a trickier situation. Marc Stein of The New York Times reported that the Grizzlies are only letting go of the veteran forward through a trade deal that would offer them a future first-round pick. They are even bent on playing Iguodala next season if a trade doesn’t push through.

Furthermore, the Lakers are also in the running in the Iguodala sweepstakes, per Dave McMenamin of the ESPN.

"Leaving a spot open to potentially get Andre Iguodala if he's bought out of his $17.2  million deal. We're talking about a former Finals MVP. A guy that has repped by Lakers GM Rob Pelinka when he was an agent. And a guy that who just as recently in Game 6 of the NBA Finals dropped 22 points and almost forced a Game 7 back in Toronto. They feel like he could be a X-factor type of guy to add with the group they already have."

However, it is also apparent that the Lakers would only pursue Iguodala if Memphis buys out his contract. The 6-foot-7 wing is set to earn $17 million during the 2019-20 season, and there’s no way that the Lakers could afford that big of a salary.

Iguodala averaged 9.8 points, 4.3 rebounds, 4.0 assists and 1.1 steals per game for the Warriors during their playoff run last season.

The Dallas Mavericks made quite the splash when they traded for Kristaps Porzingis before the February trade deadline last season. There were also reports during the early days of free agency that the Mavs were the third team involved in the deal that would send then Philadelphia 76ers star Jimmy Butler to the Miami Heat. But that never happened, no thanks to a series of “miscommunication” between Dallas and Miami, per Barry Jackson of the Miami Herald.

“As far as we can tell, it was just miscommunication,” Cuban told me in an email exchange.

Cuban did not discuss specific players in his email but said “I was sitting in the room full of people when the call was discussed and we put the trade we thought was happening on our board. We later discussed trade kickers and added a player to make it work. They obviously thought they heard something else.”

Cuban said “there was absolutely nothing malicious that went on.”

That day, initial news broke out that the Mavericks are receiving scoring point guard Goran Dragic from the Heat, a fitting piece to pair with fellow Slovenian Luka Doncic. However, the Dragic reports were soon cancelled out by another series of news saying that the Heat are actually sending forwards Kelly Olynyk and Derrick Jones Jr instead. Still, that also fell out, leaving the Mavericks out of the equation for good.

Despite these botched trades, the Mavericks still had a decent offseason. They were able to re-sign Porzingis to a longer deal, while also extending the contracts of young forwards Maxi Kleber and Dorian Finney-Smith. They also signed sharpshooter Seth Curry and hulking big man Boban Marjanovic in free agency.