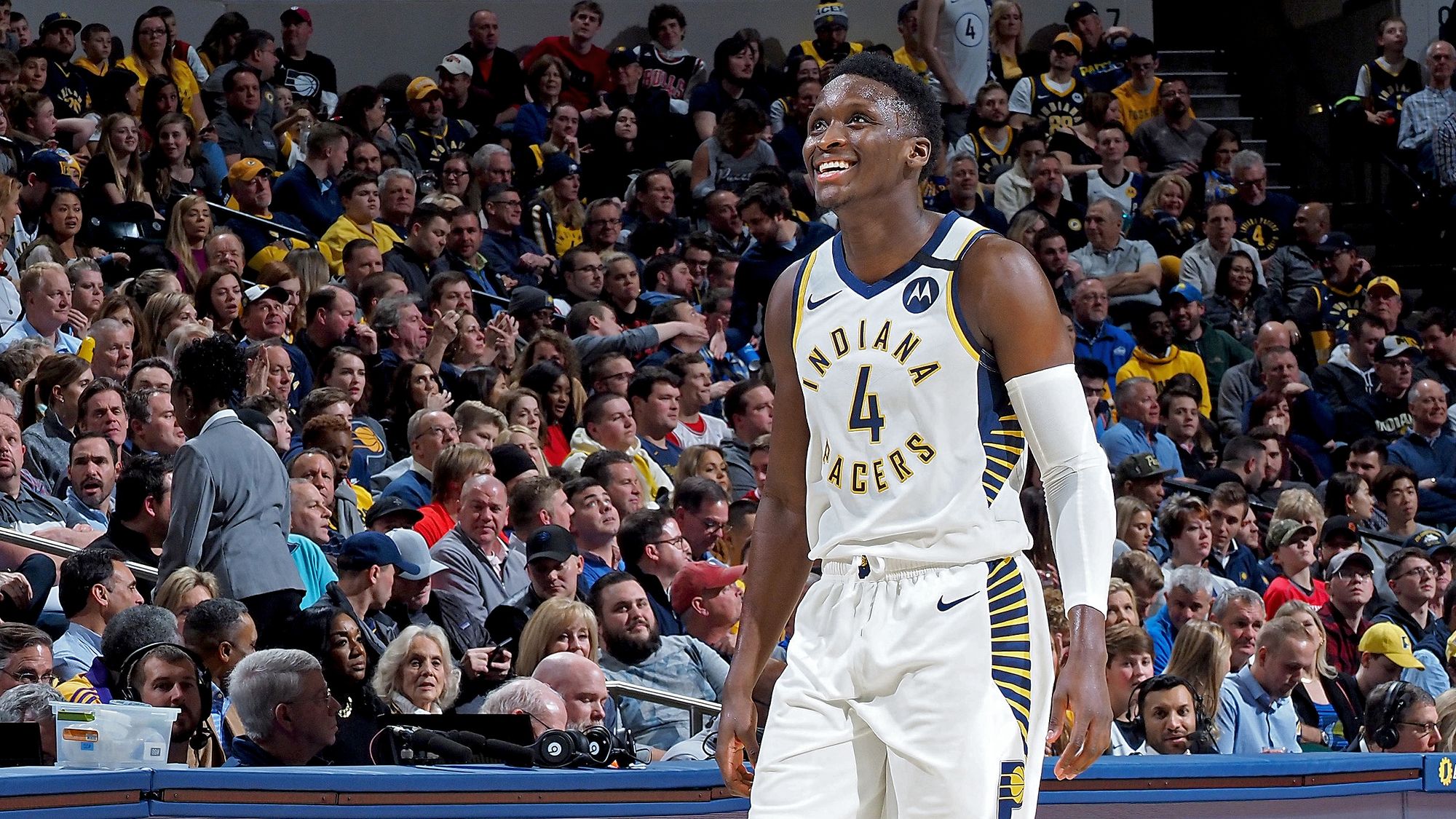 Are the Pacers willing to part ways with Oladipo?

The Indiana Pacers are sitting on the 5th spot in the Eastern Conference, positioning themselves as one of the 22 teams invited for the NBA’s 2019-20 season resumption. But there are important questions underlying their future, and one of those is the overall value and impact of Victor Oladipo to the team.

The two-time All-Star is struggling to put up his usual high production on the court this season, and no one is blaming him. He just returned from a long one year injury layoff, and has played only 13 games for the Pacers. Oladipo is only norming 13.8 points, 3.2 rebounds and 3.0 assists, while shooting a lowly 39% overall field goal clip, including a measly 30% from the three-point line.

While it’s unfair to place tons of pressure on Oladipo’s shoulders, time is ticking for him to perform really well when the league resume the games. If the Pacers again fail to go deep in the playoffs, then it will not come as a surprise if the team try to gauge the trade market and maybe move some pieces around.

Looking at the Pacers’ current roster depth, Oladipo could be the team’s most valuable and more realistic trade asset. They could place sophomore guard Aaron Holiday on the trading block, but are they really willing to let go of his potential and quickly-improving on-court production? There is also the fact that Oladipo will enter unrestricted free agency in 2021. Trading him could net the Pacers some valuable pieces in return, rather than just letting him walk in the summer of 2021.

Tim Bontemps of ESPN recently reported that if Oladipo returns to his All-Star form in the season resumption, then teams such as the New York Knicks could pursue him through a trade this offseason or a free agency signing in 2021.

“But Oladipo also has believers, and they say he has the chance to go to Orlando and reestablish himself as a franchise player. With Indiana facing a big financial decision going forward with Malcolm Brogdon, Domantas Sabonis and Myles Turner all locked into hefty contracts for at least the next three seasons, the Pacers could be forced to decide whether this partnership will last -- assuming Oladipo wants it to.

"I think there's a lot riding on him coming back," a Western Conference coach said."There's major concerns with these injuries. If Vic comes back and plays well -- and he works his ass off, so he could -- I think he's gonna give a reminder to everyone how good he can be. If he proves he looks the part, you're gonna see teams like the Knicks, and other teams trying to build something, try to go get him."’

Should the Pacers deem it financially impossible to re-sign Oladipo while also retaining Brogdon, Sabonis and Turner, then trading one should be the viable option. Turner’s name has been swirling on trade rumors since last season. Now that Sabonis has risen to All-Star status, he could be the untouchable of the Pacers’ two frontcourt players.

As for Oladipo, the Pacers could still give him the benefit of the doubt. It’s intriguing how his backcourt partnership with Brogdon will fare if given a full season to work with. On top of that, Oladipo is still 28 years of age. If he gets to a hundred percent healthy form, he should still be riding the prime years of his career.

Let’s not forget that the former Most Improved Player of the Year is coming off two consecutive All-Star appearances before this season. He still has so much to prove, and he has the right tools to do it.

It is of no secret that this impending offseason is a very important one for the New York Knicks. One of the proudest organizations in the league, the Knicks have been dwelling on the bottom half of the NBA for so long. The decisions and changes they will make this offseason should be able to steer them to the right direction.

In a mailbag column Ian Begley wrote for the SNY, he said that the Knicks’ priority list includes a bevy of sweet-shooting veteran frontcourt players. Begley mentioned Oklahoma City Thunder stretch forward Danilo Gallinari as a possibility, while also reiterating that they want to select one stretch big man in this year’s draft.

“I've been told that getting a big man who can shoot is one of the things the Knicks hope to do in the offseason. I don't know if that means they are only looking for that player in free agency, or if they would look to draft a shooting big with one of their  three draft picks.

I believe they want to improve their spacing and have heard the two players you named above mentioned - RJ Barrett and Mitchell Robinson. My opinion is that Danilo Gallinari will be considered. I haven't heard anything on Davis Bertans, which doesn't necessarily mean the Knicks don't have interest in him. New York would need to offer Bertans a significant contract to pry him in free agency. The Wizards have Bertans' Bird Rights and can exceed the cap to re-sign him at any amount up to his max salary.”

Among the impending free agent big men who can shoot consistently from long range are Toronto Raptors’ Marc Gasol and Serge Ibaka, along with Phoenix Suns bruiser Aron Baynes and former Los Angeles Lakers’ DeMarcus Cousins. There were also speculations that the Knicks front office are interested in bringing in Christian Wood, a young budding center from the Detroit Pistons.

Begley also wrote that it is not impossible for the Knicks to offer one-year contracts to big name 2020 free agents like Anthony Davis of the Lakers or Fred VanVleet of the Raptors. The 2021 free agency class is when the top guns like Kawhi Leonard, Giannis Antetokounmpo and maybe even LeBron James will enter the market. Teams like the Knicks are priming towards that offseason, and they are bent on clearing out enough cap space to potentially sign two big names.

“If Anthony Davis decides to test the market, I'm sure the Knicks would offer him a long-term deal. Outside of that, I'd guess that they shy away from long-term contracts unless they feel like they can sign a young free agent (Ingram, Fred VanVleet) to a multi-year deal that is team friendly. I wouldn't be surprised if they offered big short- term deals to their free agent targets to try to get them to New York. The Knicks are one of a handful of teams who project to have significant cap space this summer.”

But then again, player development will also be a priority for the Knicks. Along with their rising stars in RJ Barrett and Mitchell Robinson, they also have a shot in landing a Top 5 selection in this year’s draft. Kevin Knox and Frank Ntilikina are two underperforming young gunners who still have plenty of room to prove their worth. Rumors also have it that they could potentially bring in a highly-credentialed head coach like Tim Thibodeau or Kenny Atkinson. Either one of these respected names should be able to usher in a new winning culture.