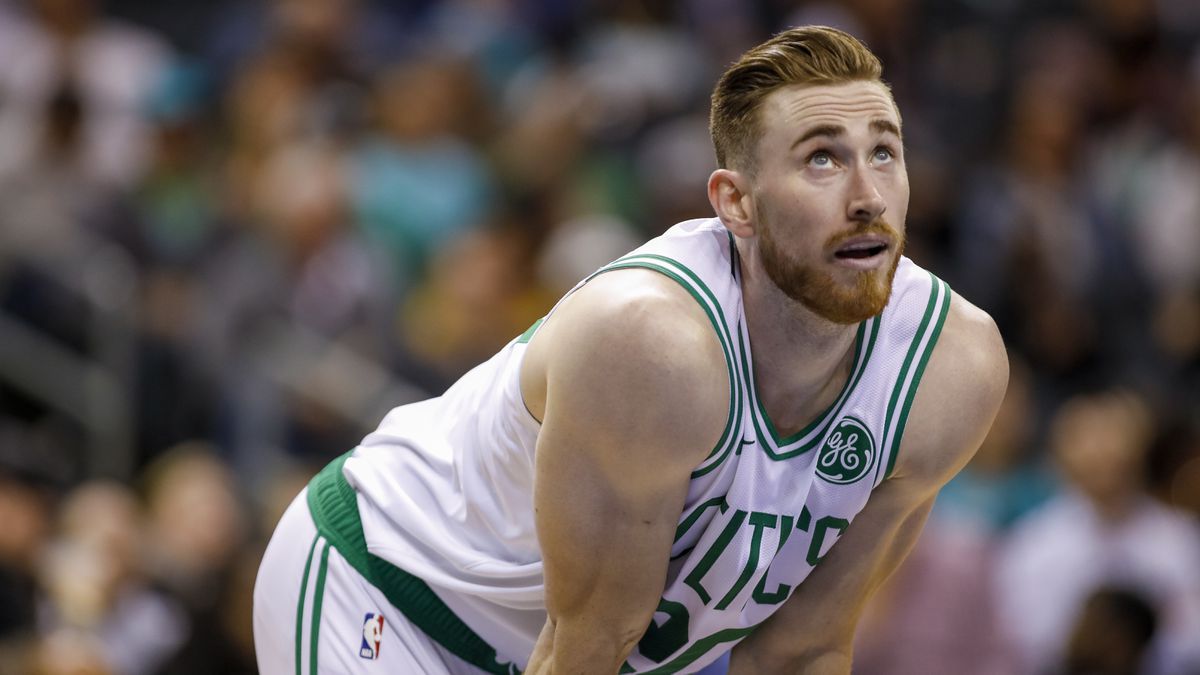 Anunoby may have missed out on the Raptors’ championship run, but he is surely making up for lost time. After a season-ending health scare that hindered him from participating in the playoffs last season, the 22-year old combo forward is still trusted by head coach Nick Nurse to start for the team this year and the young hooper is rewarding his mentor.

The 6-foot-7 defensive-minded forward is logging in a career-high 30.1 minutes per contest, while norming career-bests in the all the main statistical categories. It is also Anunoby’s shooting efficiency that stands out in his third year in the league. He is putting up an overall field goal clip of 51%, including a stellar 38% from the three-point line.

However, Anunoby is set to become a restricted free agent in the summer of 2021. The Raptors front office has high hopes of landing a big-name star during that offseason. There are speculations that the team will pursue a pitch for reigning MVP Giannis Antetokounmpo as the Milwaukee Bucks star will enter unrestricted free agency that summer.

If OG keeps this up, he should be able to garner a lucrative contract by then. While there is no doubt that Anunoby can still help the Raptors, he arguably plays the same position as that of Pascal Siakam and Antetokounmpo, considering that the team is really bent on pursuing the MVP.

The Raptors could try to move Anunoby next season, instead of coming up with nothing if they let him go in 2021. The young forward’s versatility should entice other teams to engage in negotiations with the Raps. Steven Loung of Sportsnet emphasized how Anunoby has been the most consistent defender for Toronto.

“His 3.3 defensive win shares – a stat that estimates the amount of wins a player  contributes because of their defence – lead the Raptors and his plus-1.8 defensive box plus/minus – an advanced statistic that estimates the defensive points per 100 possessions a player contributed above a league-average player – is second only to Marc Gasol’s plus-2.7, among players with at least 990 minutes.

And to put that stat into greater context, the 1,897 minutes Anunoby has logged is nearly double Gasol’s time on court, meaning his defensive impact on the Raptors is still probably greater in the long-term.”

Aside from Anunoby, the Raptors can also explore the possibility of moving veteran star point guard Kyle Lowry. But if the Raps do that, it is also expected that they will be re-signing Fred VanVleet this offseason as the team cannot afford to lose both their outstanding scoring playmakers.

It’s indeed difficult to put Hayward’s name in here, especially now that he is finally finding his groove in Boston. After suffering that horrifying ankle injury in his first game as a Celtic in 2017, Hayward took his time to regain his confidence on the court last season. But the veteran star is slowly coming back to his old form in this year’s campaign. His points, rebounds, assists and shooting percentages are much-improved, and he is driving to the rim more often.

Having said that, Hayward has a player option for the last year of his contract. It is highly-expected that the swingman will opt into that $34 million payday, and he will be dumb not to do it. But his value to the Celtics is not that high up as compared to when the team signed him in 2017. Jayson Tatum is now an All-Star, Jaylen Brown is a borderline All-Star, and they have signed a multiple-time All-Star point guard in Kemba Walker last summer.

Then there is also the possibility that Hayward will try to gauge his value in the market and nab short-term deals with lucrative annual salaries. John Hollinger of The Athletic reported that the Miami Heat could be interested in pursuing Hayward should he chooses not to opt into the final year of his current contract.

“The team to worry about, at least a little, is Miami. Hayward nearly signed there in 2016 before picking the Celtics, and the Heat are absolutely in win-now mode. Miami can’t offer the same money in the short term — I project them to have $27 million in room, and that number shrinks if the current, pre-COVID-19 projected cap number ends up adjusted downward due to the ramifications from the shutdown. So Hayward would be leaving $7 million on the table in 2020-21.

Then, the rest of the calculation is what kind of contract Miami could put on the table. And in Miami’s case, the answer is likely zero. They want to preserve cap room for a 2021 run at major free agents, most notably Giannis Antetokounmpo. That means a likely one-year deal for Hayward; I don’t see why he would do that.”

Even if Hayward stays with Boston, the team can still move him next season. Hayward may have a hefty salary, but he is still producing very effectively on the court. Teams who are desperately hanging on for contention could go after Hayward in trade negotiations, especially considering the fact that the forward’s big contract will only last a year.

When they pulled off a stunning move to land Horford last summer, the Sixers front office envisioned him as a sweet-shooting, playmaking defensive four who could slot in alongside Joel Embiid and man the frontline when the latter takes his rest on the bench. But it has not worked out well, and now Horford has a newfound role off the bench.

Derek Bodner of The Athletic wrote that if the NBA indeed decides to push through for the current season, Horford won’t see time in the starting line-up anymore. The Sixers will continue starting combo guard Shake Milton, who has been on a scoring tear before the league suspended the games a couple of months ago.

“On Feb. 11, Brett Brown sent Al Horford to the bench. Furkan Korkmaz got the nod as the fifth starter, which lasted all of two quarters. Glenn Robinson III then held the spot for a two-and-a-half game stretch. Eventually, Brown settled on Shake Milton as the final perimeter player to round out his starting five; the 23-year-old guard averaged 17.9 points and 4.4 rebounds per game over the final eight games after the             promotion.

But Milton’s first start of that run came against the Atlanta Hawks on Feb. 24 — the first game the 76ers played without Ben Simmons, who had injured his lower back in the previous game. If we assume Milton is still the fifth starter (he’s certainly done enough to warrant it), and if the NBA jumps directly to the playoffs, then Brown’s presumptive starting lineup (a healthy Simmons, Milton, Josh Richardson, Tobias Harris and Joel Embiid) would not have played a single minute together all season.”

Demoting Horford to the bench and making him the leader of the second unit could bode well for Philly in the playoffs. The set-up should provide them balance when interchanging line-ups, an important factor in postseason success. However, this set-up will not be feasible in the long run considering that Horford still has three years left in his $109 million contract beyond this season.

If this trend continues for both parties, a sure outcome would be a trade involving Horford. Unless the Sixers front office suddenly breaks their stance and trades away Embiid so that they could build around Ben Simmons, it will be impossible for Horford to stay in this situation for three more years.

Dinwiddie’s numbers keeps on improving, but his role has stayed the same. That is unfortunate for the 27-year old scoring point guard as he should already have been a star for any team right now. He may have started 49 games for the Nets this season, but he has been demoted to the bench when Kyrie Irving is healthy. That shouldn’t be a case for an all-around player like Dinwiddie.

With that said, his three-year, $34 million contract just kicked in this season. He will be earning $11 million next season and will have a player option for the 2021-22 season. With the talent and production that he brings to the table, it’s anticipated that Dinwiddie will opt out of the last year of his contract in hopes of signing a new, more lucrative one.

Along with the bargain contract that he is earning, Dinwiddie should be an enticing trade asset for the Nets. There are already speculations that the Nets front office engaged in initial trade conversations with the Washington Wizards, as per Stefan Bondy of the New York Daily News.

“It’s unclear whether Beal will become available, though his circumstances have prompted speculation. The two-way guard is among the league’s highest-paid players and on a Wizards team with a low ceiling. He signed a two-year, $72 million extension last year that quelled trade rumors but Washinton (24-40) is again lottery- bound.

The Nets will have to match salaries for any trade, with Beal earning roughly $29 million next season. Assuming Kevin Durant and Kyrie Irving are off limits, the Nets’  best assets are Spencer Dinwiddie ($11.5 million), Caris LeVert ($16.2 million) and  Jarrett Allen ($3.9 million).”

Even if it’s not with the Wizards, it is almost a sure thing that Brooklyn will move Dinwiddie next season. Irving should be very motivated to play again next season, and Dinwiddie will have no place in the starting line-up by then.

Knox may have hit the proverbial sophomore slump, but there’s no denying that the young combo forward has what it takes to become a quality player in the future. The 20-year old Knox is a 6-foot-7 tweener forward who has shown glimpses of being an all-around scorer. He rebounds the ball well, and his lengthy frame makes it possible for him to switch onto multiple positions in the defensive end.

But among the team’s young core that also includes RJ Barrett and Mitchell Robinson, Knox is the most expendable one. Knox doesn’t have the star potential that Barrett has, and Robinson’s versatility on the defensive end is hard to replace.

On top of that, there were numerous teams who have called the Knicks front office for Knox’s services, although it became apparent that New York has been hesitant to let go of their young gun. SNY’s Ian Begley reported about this particular matter.

“Ex-president Steve Mills and GM Scott Perry selected Knox with the ninth overall pick in the 2018 NBA Draft. The Knicks showed how much they valued Knox by their actions prior to the 2020 NBA trade deadline. Several teams in touch with the Knicks prior to Mills' reassignment came away with the impression that New York was very hesitant to deal Knox, per SNY sources.

Before Mills was let go as team president, the Knicks, per sources, had a package that they felt Golden State liked in exchange for D'Angelo Russell. It's unclear if Knox was included in that package. But teams generally had the feeling that Knox was not going to be moved unless it was for a young star, sources say. So that gives you some   indication of how the club values Knox.”

The Knicks could still try to move Knox next season. However, there is a growing atmosphere inside the organization that they will value player development as they could also nab a Top 5 selection in this year’s draft.