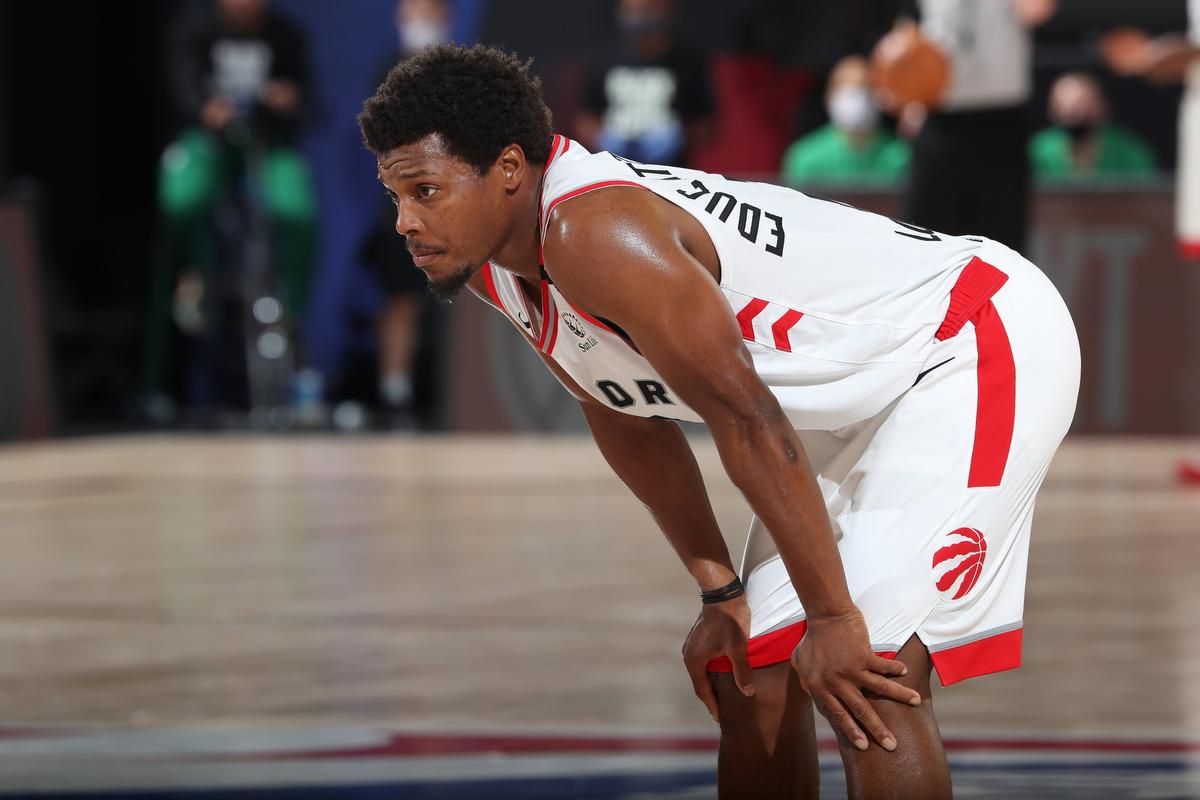 The Toronto Raptors have big plans in next year's free-agency period, as they are aiming to land one of the big names from the stacked market for superstars. Milwaukee Bucks superstar Giannis Antetokounmpo is on top of their list like most teams looking to make a splash next year. Their chances of landing Antetokounmpo might also decide the fate of Raptors superstar Kyle Lowry.

Toronto is looking to get back in strong contention for a title after failing in their title defense last season following the departure of Kawhi Leonard. Toronto also lost two key players this offseason -- Serge Ibaka and Marc Gasol. But on the other hand, they were able to retain Fred VanVleet, who drew a lot of attention in free agency this offseason. The Raptors are now in wait-and-see mode on what Antetokounmpo will do in the coming weeks.

Antetokounmpo has an outstanding supermax extension offer from the Milwaukee Bucks, which he can only accept until December 21. If two-time NBA Most Valuable Player decides not to sign the extension, the Raptors are likely to keep Lowry through another deal in free agency next year. The veteran point guard will be playing in the final season of his contract, but the Raptors can sign him to another lucrative deal because they own his Bird rights.

But if Antetokounmpo opts to commit to the Bucks with the supermax deal, Eric Koreen of The Athletic thinks that it would make sense for the Raptors to consider trading Lowry this season. Yes, the Raptors will have a lot of options in the rich free-agency market next year, but they are unlikely to get a player who could immediately bring them closer to winning another championship, thus trading Lowry for future assets could be the best option for the franchise.

"The Raptors will have eyes on getting busy in 2021 regardless, but Antetokounmpo is the biggest prize," Koreen said when asked about the possibility of the Raptors trading Lowry. "To which I say, if Antetokounmpo re-ups in Milwaukee, it would make sense for the Raptors to become more aggressive in seeking a Lowry trade. With less of a shot at a championship in the next few years, it would make sense to send Lowry elsewhere."

If the Raptors eventually decide to trade Lowry, Koreen believes that they will not have a shortage of suitors. He cited teams who have signed free agents to one-year deals this offseason because those expiring contracts would help them create more cap space. Among those teams, Koreen said that the Miami Heat, Dallas Mavericks, and the Utah Jazz have the pieces to match Lowry's $31 million salary next season.

"Miami can get there pretty easily using some combination of Goran Dragic, Meyers Leonard and Kelly Olynyk, but both Dragic and Leonard can block trades," Koreen said. "Dallas can get there using Tim Hardaway Jr. and old pal James Johnson. Utah could do it using Mike Conley alone. All those teams have varying amounts of  draft capital to offer. Any other team would require the Raptors to take back 2021-22 salary."

Lowry has spent the last eight seasons in Toronto, helping the Raptors win their first-ever championship in franchise history back in 2019. The six-time NBA All-Star is coming off another strong season, as he posted 19.4 points to go along with 7.5 assists and 5.0 rebounds per game. However, the veteran guard is turning 35 in March, and only time will tell if the Raptors are willing to commit to another long-term deal with him.

Koreen said that a lot of dominoes will start to fall once Antetokounmpo announces his decision, but he is unsure if there are 2021 free agents who would be a good fit to the Raptors. If he will have it his way, in the event Antetokounmpo signs an extension with the Bucks, he would sign OG Anunoby to an extension. The 23-year-old forward will be playing in the final year of his rookie deal and would become a restricted free agent.

"I’d say my willingness to give Anunoby an extension, thus eliminating some space under the cap next offseason, would go up incrementally if Antetokounmpo signs," Koreen said when asked about a possible Plan B for Toronto. "Anunoby’s value as a  high-end role player is more uncertain, even in a market that should have more teams in buying mode. It would just bump up how high I was willing to offer now."

Sacramento Kings guard Buddy Hield was a mainstay in trade rumors in the past several weeks because he is reportedly unhappy with his role under head coach Luke Walton's system. According to Jason Jones of The Athletic, Hield addressed his reported displeasure in Sacramento. Hield said that the reports about him are untrue, insisting that there is nothing to repair when it comes to his relationship with the coaching staff.

"I have no regrets, and there’s nothing to be worked on," Hield said. "I never had a problem with nobody here. Everything that was being heard, it wasn’t put out by me, so I love everybody here in this franchise, this organization. I don’t regret nothing I said. I’m going to keep it 100."

Hield previously called out Walton over the way he was used late in games. The tension increased after Walton decided to start Bogdan Bogdanovic over him. Reports indicated that it came to a point where the Kings head coach tried to reach out to him, but Hield did not answer nor return Walton's call. However, Jones said that the front office and Walton were not worried at all because they know players handle each situation differently.

The 27-year-old guard, who has spent the past four seasons in Sacramento, will likely start again for the Kings in the upcoming season after Bogdanovic left in free agency. Bogdanovic, a restricted free agent, decided to sign a four-year, $72 million offer sheet from the Hawks, which the Kings declined to match. Hield said, though, that Bogdanovic's decision was not a big deal for him because he is always ready to compete night in and night out.

"To be honest with you, I always love competing and it doesn’t matter, that’s not my job," Hield said. "I don’t control that. The head coach controls that. They brought me here for certain reasons, to play basketball, win basketball games, so whatever they need me for, I’m going to do it and try to compete at the highest level that I can."

The Kings also underwent a front-office revamp this offseason after former general manager Vlade Divac and former assistant general manager Peja Stojakovic stepped down. Sacramento hired Monte McNair as their new general manager. McNair's arrival fueled speculation that Hield will likely be dealt, but the new Kings GM has said all along that he envisions Hield as part of the Sacramento's future core.

It also helps that the Kings hired former New Orleans Pelicans head coach Alvin Gentry to assist Walton. Some analysts view the move as a way to appease Hield. Gentry was his first coach when he entered the league back in 2016, but his stint in New Orleans was cut short after he was traded halfway through his rookie season.

Hield confirmed that he had a great relationship with Gentry during their short partnership in New Orleans. He thinks that Gentry's arrival would bring a lot of difference on and off the court. As for their system, Hield believes that Gentry could help them have a fast-paced offense similar to what they ran under Dave Joerger, who coached the Kings from 2016 to 2019.

"I know he’s a fun guy to be around and his spirit is always upbeat. It’s a fun group," Hield said when asked about Gentry's arrival. "We’re just going to see how it starts, but it should be a fun group, Just knowing Alvin’s track record and the way he played in New Orleans, just watching their team play last year, it just reminds me of us when we played, when we had Dave."