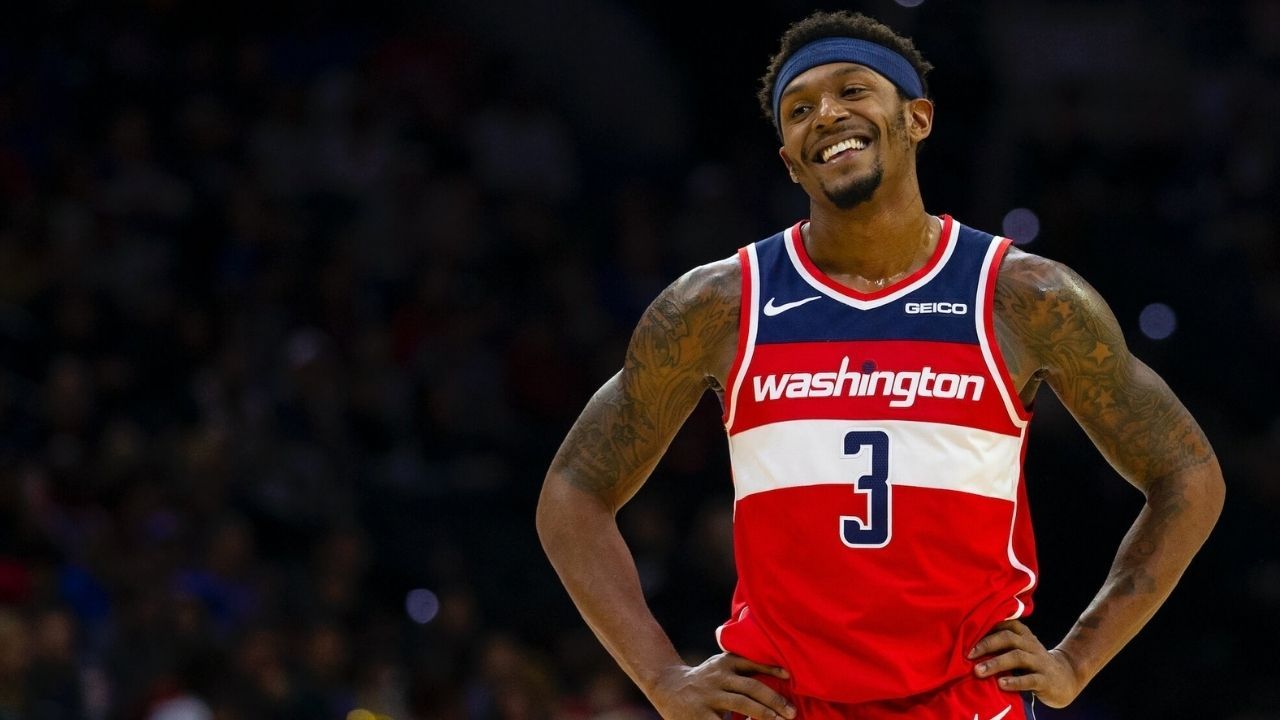 The Golden State Warriors are already being linked to several possible trade targets, and it is understandable because they are eager to reclaim their throne next season. The Warriors also have attractive trade assets, including the second overall pick in the 2020 NBA Draft, which puts them in a good position to acquire a marquee player before the start of next season.

The Warriors are frequently being linked to Washington Wizards guard Bradley Beal. Adding Beal makes a lot of sense for the Warriors because it would give them another potent scoring option next season aside from Steph Curry and Klay Thompson. Beal finished second in the scoring race last season, as he posted a career-high 30.5 points in 57 games for the Wizards.

Fred Katz of The Athletic recently evaluated a suggested trade between the Wizards and the Warriors. In the hypothetical trade, the Warriors would acquire Beal in exchange for Andrew Wiggins, Eric Paschall, the second pick in this year's draft, two second-round picks this year, a 2021 first-round pick from the Minnesota Timberwolves, and their own 2023 first-round pick. According to Katz, the said haul could make Washington bite and trade Beal.

"If the Wizards are going to part with Beal, this is the kind of package they might want back: lots of picks and a second-year player who could be a rotation contributor down the line," Katz said. "If a team sends away a franchise centerpiece, it ideally wants the opportunity to find another one. This would give one to the Wizards. There are three first-rounders, two for taking on the final three years of the Wiggins deal and another to get them Beal."

The second pick in the upcoming draft could be an attractive asset for a team like the Wizards, who are not expected to contend for a title next season. With the second pick, the Wizards could add either Anthony Edwards, LaMelo Ball, or James Wiseman. The 2021 pick from the Timberwolves also have a chance to become very valuable next season, while the 2023 pick might give them another promising prospect.

Wiggins would also bring youth and athleticism to the team. The 22-year-old is coming off a strong season, which he split with the Timberwolves and the Warriors. The former first-overall pick averaged 21.8 points to go along with 5.1 rebounds and 3.7 assists per game. Paschall, on the other hand, also had a decent rookie season, where he averaged 14.0 points and 4.6 rebounds in 60 games for Golden State.

But aside from the Warriors, Beal is also being linked to the Denver Nuggets. The Nuggets were one of the most impressive teams in the NBA bubble. Denver eliminated title favorites Los Angeles Clippers in the second round of the playoffs, erasing a 3-1 series deficit. However, the Nuggets were simply overmatched in the Western Conference Finals, losing to the Los Angeles Lakers in five games.

According to Preston Ellis of Bleacher Report, a Beal trade to Denver is one of the deals that could change everything next season. In his proposed deal, the Nuggets would send Gary Harris, Michael Porter Jr., Monte Morris, the 2020 first-round pick of the Houston Rockets, and top-10 protected 2024 first-round pick to Wizards in exchange for Beal, who would easily complete a Big Three with Nikola Jokic and Jamal Murray.

Ellis said that the Nuggets might be giving up a lot in the deal, but it could do wonders for them moving forward. Acquiring Beal could turn them as one of the favorites to win it all next season. They would acquire a star-caliber guard without giving up their own stars in Jokic and Murray in the process. If the Nuggets get the chance, Ellis does not expect them to pass up because they know that they are close to winning a title.

"The Nuggets have both the motivation and the resources to make a strong run at acquiring the two-time All-Star," Ellis said. "Moving Porter and Morris will sap them of the depth that made them such a fully formed unit. But if we've learned anything from the Los Angeles Lakers' run in 2020, if you can acquire a superstar without  giving one away, there is no price too high to pay. The title window in Denver is now. If the Nuggets can add someone of Beal's caliber, they'll be strong enough to take the Western Conference."

As for the Wizards, Ellis said that it is also the perfect deal for new general manager Tommy Sheppard. The trade value of Beal is on all-time high, as he is coming off a career season. The huge haul in the deal would give the Wizards several chances to add young prospects who could grow alongside potential star Rui Hachimura, who averaged 13.5 points and 6.1 rebounds in his first season in the league.

But if Beal would have it his way, the 27-year-old guard wants to stay, and if possible, spend the rest of his career in Washington. The former Florida standout said that it "would mean the world" for him if he gets the chance to stay in Washington until the end of his career. He insisted that he is loyal to the organization, which was the main reason why he agreed to sign a two-year extension worth $72 million last season.

"That would mean the world, man," Beal said of staying in Washington during his appearance on the On The Road with Buck and Phil podcast. "I’m a loyal guy. I want to be here. I’m here. I’ve signed my extension. And that will mean the world to me. That honestly would you know, being able to finish your career in one place? You know, you don’t see that in today’s game."

Beal also added that his goal is to win a championship and he would love to do it for the Wizards. He sounded motivated and optimistic about recruiting other marquee players to join him in Washington, but he knows that they need to prove their worth first next season to become an attractive destination.

The first season of James Harden and Russell Westbrook back together in Houston is a forgettable one, as they were manhandled by the Los Angeles Lakers in the second round of the 2020 NBA Playoffs. Westbrook failed to get into his rhythm and his inability to shoot was exploited by the Lakers. Their second-round exit led to the departure of head coach Mike D'Antoni and general manager Daryl Morey.

The Rockets will have a new head coach and general manager next season, which triggered speculation that they could also shake up their roster. There are talks about breaking the duo of Harden and Westbrook, and even trading both players. According to Sam Quinn of CBS Sports, starting a rebuild actually makes sense for the Rockets now instead of waiting for another year or two.

"The future is not particularly bright in Houston," Quinn said. "With that in mind, there is an argument to be made in favor of kickstarting a rebuild now. Trading Harden would still net a significant return, but the longer they wait, the less likely that is to be true. Wait too long, and they might be stuck with aging versions of  Harden, Westbrook and Eric Gordon that are no longer capable of contending."

Harden is obviously the biggest trade asset of the Rockets, as he is coming off another great season. The superstar guard won the scoring title for the third consecutive season after averaging 34.3 points per game for the Rockets. Westbrook is also expected to get a lot of attention on the market. Actually, the former NBA Most Valuable Player is reportedly on the radar of the New York Knicks.

"Something else to keep an eye on: some agents who represent top point guard free agents believe the Knicks would poke around on a potential Russell Westbrook trade if Houston makes him available," Ian Begley of SNY reported. "It's worth noting that Westbrook, per sources, saw New York as a welcome landing spot last summer when Oklahoma City was talking to teams about potential trades."

However, Jonathan Feigen of the Houston Chronicle believes that the Rockets are likely to keep both superstars, particularly Harden. Feigen revealed that the Rockets are keeping Harden informed about their current coaching search, which he thinks is a strong indication that Harden is not going anywhere at least for next season.

"The blow it up and start over thing is not for this offseason," Feigen said. "And the reason I feel fairly certain about that is they're certainly keeping James Harden informed and getting his input on coaching, discussions and considerations. You wouldn't involve him if you're planning to send them off somewhere."