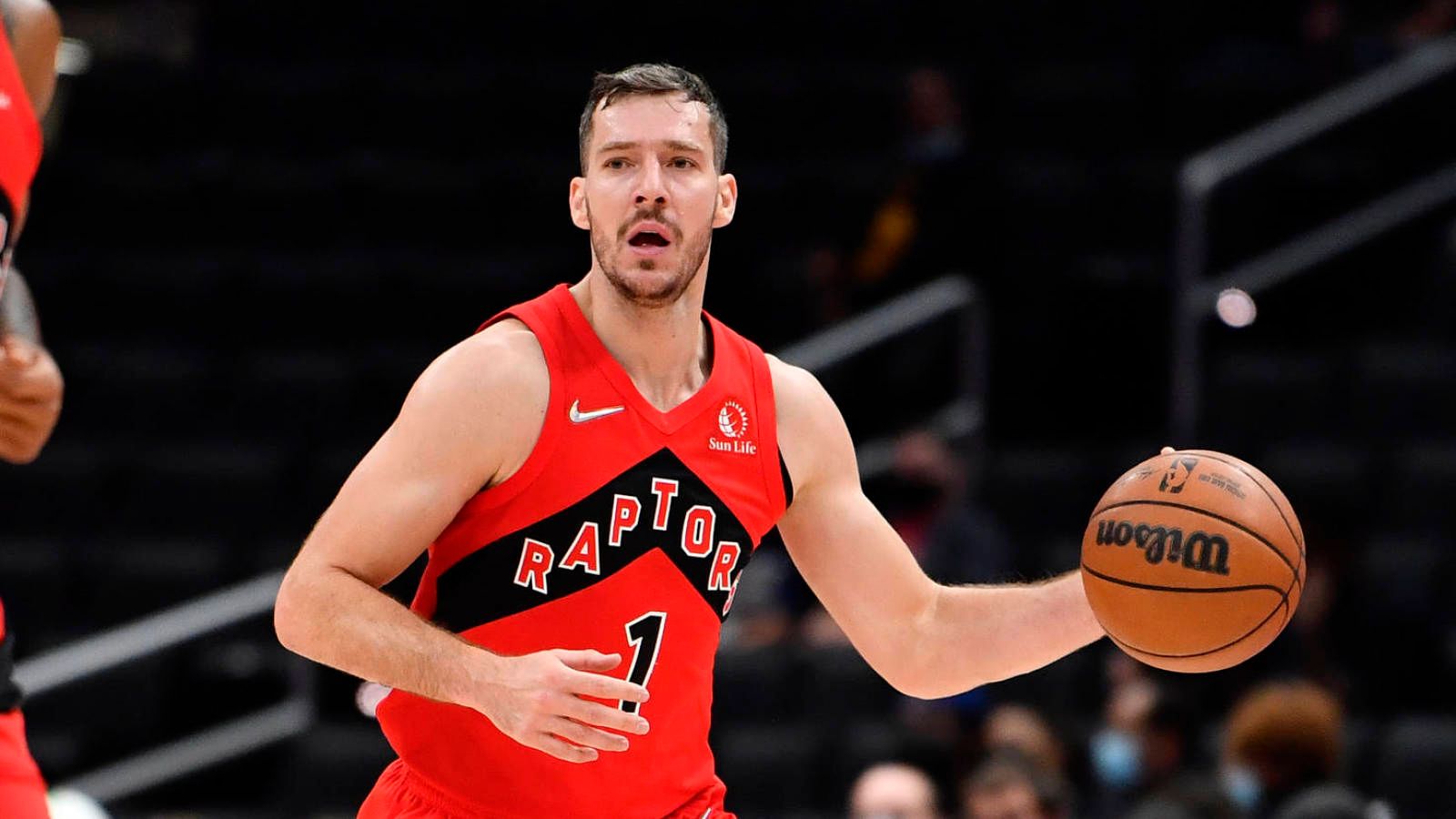 The Goran Dragic era in the Toronto Raptors’ nest could end before it could it even get started. Dragic, who played just five games with the Raptors and started in two contests, is rumored to be in the trading block as the league approaches the trade deadline. According to a report recently put up by Doug Smith of the Toronto Sun, the Raptors are indeed fielding a lot of interest from other teams in terms of a deal that will involve the veteran scoring guard. With the trade deadline just less than a couple of weeks away, there is no denying that the possibility is almost a certainty that Dragic will find himself suiting up for another team this season.

“According to multiple NBA sources, granted anonymity because nothing has been finalized, the Raptors are finding great interest in a myriad of differently structured deals for the veteran point guard and he is almost certain to be dealt near the Feb. 10 NBA trade deadline…

“No names were clear in conversations with sources here on the weekend but it is clear  that, 10 days out from the deadline, general manager Bobby Webster and president/vice-chairman Masai Ujiri are being proactive in seeking deals.”

In the five games that he played for the Raptors, Dragic only logged 18.0 minutes per contest, which is his lowest average playing time since the 2010-11 NBA Season when he suited up for the Phoenix Suns and the Houston Rockets. During his brief stint with the Raptors, the veteran scoring point guard put up averages of 8.0 points, 2.8 rebounds, 1.8 assists, and 1.0 steals per contest, while also producing a set of shooting percentages that include a 38% overall clip from the field, a 28% clip from the three-point line, and a 100% clip from the free throw line. Of course, there is no doubt that Dragic can do better than these numbers that he put up for the Raptors. He may be past the peak years of his career, but it is also true that he can still put the ball through the hoop and attract a lot of attention from the defense, which in turn helps him dish out some assists to his teammates and make them better players on the offensive end of the floor. He has a lot of weapons in his arsenal on offense, starting from his reliable outside shooting and his creative finishes around the rim.

If and when he is traded to another contending team, there is no doubt that Dragic can contribute a lot on the offensive end of the floor. Most importantly, he is also willing to sacrifice his production to give his team a better shot at winning, just like when he accepted a sixth man role when he helped the Miami Heat go on a trip to the NBA Finals in 2020. As per a column written by Dan Devine for The Ringer, Dragic was able to turn his starting spot into a more valuable sixth man role for the Heat, especially if you look at the fact that he provided a much-needed scoring boost in the second unit.

Goran Dragic abdicated his starting spot due to injuries and circumstance, but transformed himself into one of the league’s best sixth men, and seized his opportunity to return to prominence in the bubble by reentering the starting lineup and fueling Miami’s always churning drive-and-kick offense. Duncan Robinson, undrafted in 2018, soaked up Spoelstra’s belief that he was an elite NBA shooter until he started to buy it himself, and became exactly that. Tyler Herro, decidedly not short on self-belief, earned Spoelstra’s trust with his work ethic and commitment, and then rewarded that trust by dominating the Celtics on the biggest stage of his basketball life. The lightly regarded Meyers Leonard and former undrafted rookie Kendrick Nunn served as key complementary cogs in one of the best big-minutes lineups in the league during the regular season. They then stepped back, like rocket boosters detaching from a space shuttle, as Miami entered the bubble and Spoelstra unveiled the Heat’s final form: Bam at center; Dragic at point; some combination of Butler, Robinson, Herro, Andre Iguodala, and Jae Crowder on the wing.

(Crowder wasn’t the headline piece of the deal with Memphis that imported Iguodala, but the 30-year-old has been arguably the highest-impact acquisition that anybody  made at the 2020 trade deadline; he shot 56.4 percent from 3 during the seeding    games and 41.7 percent on more than eight attempts a night through Miami’s first 10 playoff games, helping provide the floor spacing that Butler, Adebayo, and Dragic  needed to bust up defenses on the interior.) The post-restart Heat feature speed,   shooting, smarts, playmaking, and nastiness all over. It is the perfect rotation to run Spoelstra’s revamped offense until opponents break, and to fluster them with the pressure-packing zone schemes that Spoelstra has, along with Toronto’s Nick Nurse, helped push to the vanguard of NBA defense. The Heat drew a short-handed Pacers team in Round 1, with no Domantas Sabonis and a diminished Victor Oladipo, but then they flat-out bullied the top-seeded Bucks in Round 2, sparking what could be an existential crisis in Milwaukee. And now, they’ve outclassed the Celtics, shipping another would-be favorite back home.

As for the Raptors team as a whole, there is no doubt that they can hold their own even without Dragic’s services. Scoring point guard Fred VanVleet and combo forward Pascal Siakam are certainly playing at an All-Star level, and they also have other talented pieces such as Chris Boucher, Scottie Barnes, Gary Trent Jr., Precious Achiuwa, OG Anunoby, and Malachi Flynn. On top of all these names, they also have an excellent mentor in head coach Nick Nurse.

As of now, the Raptors are sporting a decent record of 24 wins against 23 defeats, which is good for the 8th spot in the Eastern Conference. They have won three of their last five games, including tough victories against the Washington Wizards, the Charlotte Hornets, and a tiring triple overtime win over Jimmy Butler, Bam Adebayo, Tyler Herro, P.J. Tucker, Gabe Vincent, Max Strus, and the Miami Heat. Their next round of assignments will be two games against the Atlanta Hawks, another match with the Miami Heat, and a very difficult matchup against Lonzo Ball, Zach LaVine, DeMar DeRozan, Nikola Vucevic, Ayo Dosunmu, and the outstanding Chicago Bulls.