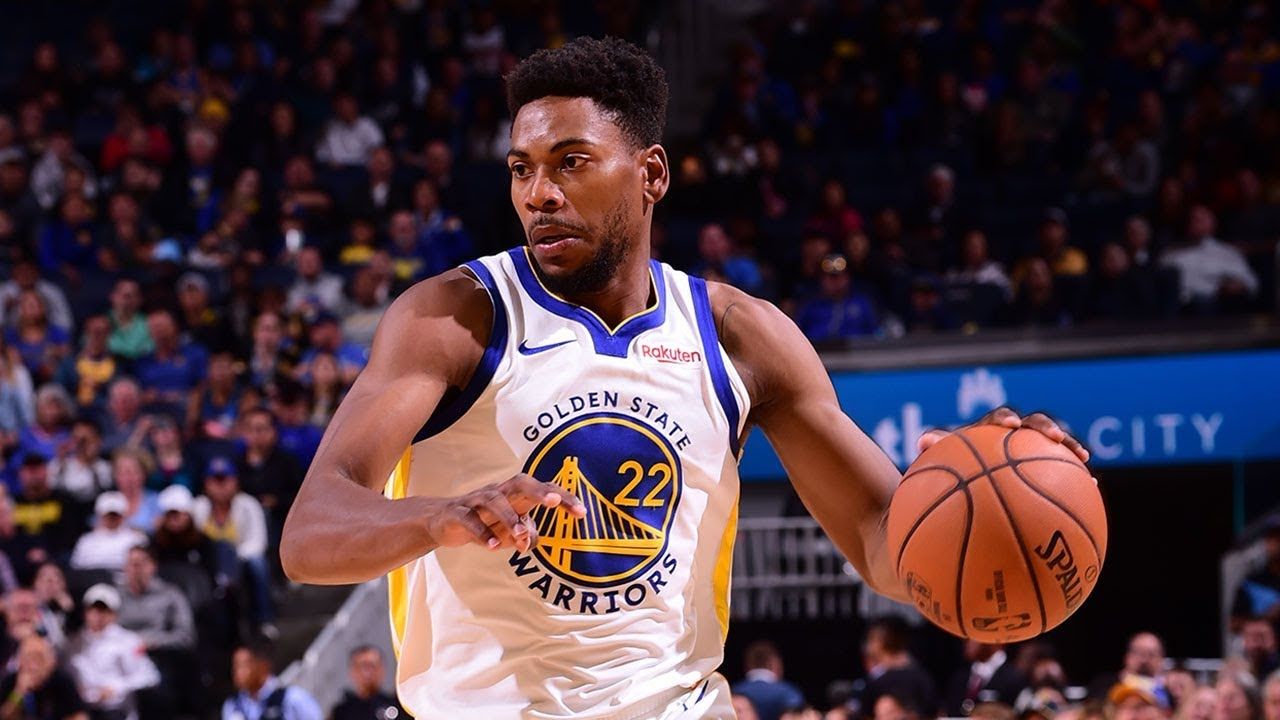 It is indeed a roller-coaster year for the Golden State Warriors, and now their lowly season has ended as the NBA announced that only the top 22 teams (in terms of current win-loss slate) will be invited to the league’s proposed and agreed return by July. With Kevin Durant leaving for the bright lights of Brooklyn and Klay Thompson still recovering from the Torn ACL injury he sustained last Finals, expectations were on an all-time low for the Dubs.

Although there was an atmosphere of excitement surrounding the potential of a backcourt duo featuring Stephen Curry and newly-inked scoring combo guard D’Angelo Russell, that fanfare died when Curry suffered a hand injury that set him back for several months. The Warriors front office eventually shipped Russell to the Minnesota Timberwolves, receiving Andrew Wiggins in return.

But it turns out that the rest of the Warriors players were not that affected over the Russell trade. Instead, they were more upset with another trade that the team manufactured before the February deadline. It was a deal that sent Glenn Robinson III to Philadelphia, along with another forward in Alec Burks.

Connor Letourneau of The San Francisco Chronicle wrote that a league source told them that the players were indeed “far more upset” that Robinson was moved than with the deal that saw Russell go to Minnesota. While it’s true that Russell is the better player, it’s also widely-known that the young All-Star is not a vastly highly-liked teammate. The fallout he had with Nick Young during their time with the Los Angeles Lakers was widely reported, although he did improve his reputation with the success he brought to Brooklyn in the past couple of years.

As for Robinson, his brief 48-game appearance in the Bay Area was the best stint of his career. The 6-foot-6 small forward registered career-highs of 12.9 points, 4.7 rebounds, and 1.8 assists for the Dubs, while shooting a stellar 40% clip from the three-point line. The Sixers were in great need for a shooter to space out the floor for them, so the Warriors took the chance and shipped Robinson and Burks for multiple future second-round draft picks.

In a column written by Logan Murdock of NBC Sports, Robinson said that he was frustrated upon his arrival in Philly as he knew that his role there is still undefined.

"From the move to the style of play, to everything. I think just taking it one day at a time is the thing that I'm trying to focus on now in what happened, as far as the year I was having or the team I was on. It was a whole new team. I have a whole different role. I'm just trying to execute that and just take it one day at a time.

My role on the Warriors was, I was guarding the best player every night. I was coming off shooting threes and getting my game to help the team. What can I do best here? That's my main goal, my main thought. Obviously, the other stuff that lingers in your head is your value of this summer, but I try to just take it one day at a time because that's all I can control at this point."

Despite that dilemma, Robinson reiterated that he doesn’t have any kind of hate towards his Sixers teammates. The 26-year old swingman emphasized his belief that this Sixers team is a true championship contending squad, and that his teammates should be willing to sacrifice anything for their success.

As for potentially coming back to the Bay Area next season, Robinson also said that he is not ruling it out. He will become an unrestricted free agent this offseason, and there is a high chance that the Warriors will want to take him in again.

"I may just explore all options possible. I think that taking it one day at a time will help me get there. When I first got here, I was looking at the big picture of the home run instead of base after base. We'll see. I'm excited about it.

Would I rule out? Not with this organization. They were really great to me, and like I said, really changed my career, so it's no bad feelings, no hard love for Golden State."

With a drastic losing record of 15 wins against 50 defeats, the Warriors have the worst record in the NBA right now. It means that they have the best odds to land the top overall pick in this year’s draft. Looking at the current Warriors roster and assuming that all Curry, Thompson, Wiggins and Draymond Green are fully-healthy for next season, there is a hole in their frontcourt.

James Wiseman of Memphis is projected to be the best big man in this draft class, although it remains to be seen if Golden State is willing to be patient in his development. Despite his potential to be an elite rim protector, Wiseman’s talents are still raw. There are speculations that the Warriors front office are mulling trading away their first-round draft selection for an already-proven player in the league.

Wes Goldberg of The Mercury News wrote that the Warriors could be interested in trading for Myles Turner, the Indiana Pacers sweet-shooting center who has been rumoured to be in the trading block since last season.

“Based on their reported interest at February’s trade deadline, the Indiana Pacers are seemingly interested in acquiring a power forward to pair next to center Domantas Sabonis. Turner may be the odd man out. A floor-spacing shot-blocker, Turner is just 24 and should have value on the trade market if Indiana decides to make him available. I’m not sure Green and Looney — who combine to make $27 million next season and $29 million the following season — is enough to land Turner.

Here’s a four-way trade that would take several steps: Indiana gets Gordon, Orlando gets Doug McDermott, James Johnson and a 2021 top-three protected first round pick from Minnesota (via Golden State), Minnesota gets Golden State’s traded-player exception ($15.8 million) and Golden State gets Turner.”

While this is indeed a long shot for Golden State, a player like Turner could be the one they need to fill in their frontcourt vacancy. They could also use a perimeter defender right now, especially with Andre Iguodala being traded away last summer. The Warriors could still look into Wiggins’ improvement as a defender, but that is not something to be optimistic for.