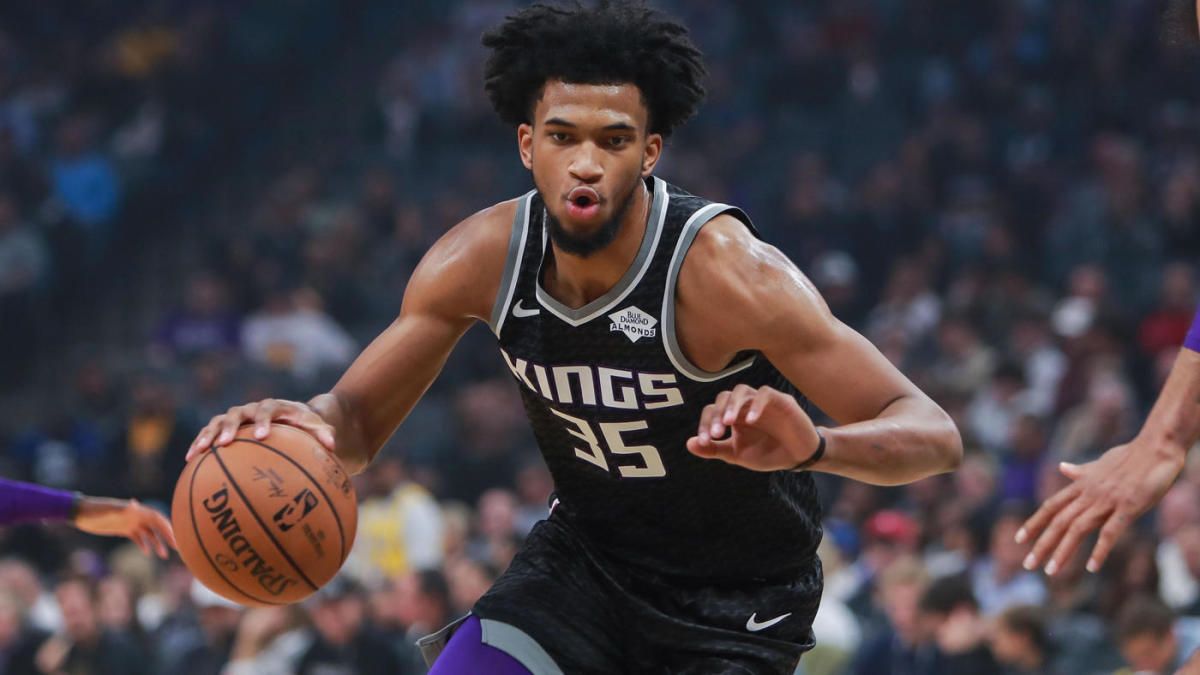 Is Bagley headed to another team this season?

Marvin Bagley III, the second overall pick in the 2018 NBA Draft, is now on his third year in the league. After eclipsing the 14-point average in the scoring column in his first two years as a pro, Bagley’s production has declined to only 11.8 points per game this season.

Most importantly, the lefty power forward is yet to see an increase in his playing time. One would expect that a talented player like him would have more exposure to further fast track his development, but that’s not happening in Sacramento.

As a result, the frustrations might have tickled down to Bagley’s family, particularly his father. Bagley’s father tweeted out a request to trade his son, which was directed to the Kings’ official Twitter account. It was deleted shortly after, but the damage has already been done.

Kings head coach Luke Walton, who has received his fair share of criticisms in the past, emphasized how important it is for the team not to let the outside noise creep into their individual and collective efforts, especially during games. (h/t Kurt Helin of NBC Sports)

“My message is always the same: We don’t listen to any of that. It’s us within these walls, us within this locker room. We’re in this together.  Good or bad, whatever people are saying, we’ve got to do everything we can to not let that affect what we’re trying to get done here.”

Bagley, who only played 13 games last season owing to an injury, is only putting up a lowly 37% overall clip from the field in six games this year. That’s a very low percentage for a frontcourt player, and that could be the main reason why he is not getting much playing time for the Kings this season.

To put it in perspective, rookie Tyrese Haliburton is logging in more minutes than Bagley. Richaun Holmes is also putting in more playing time than Bagley. Even though the third-year combo big man is starting games for the Kings, he only sees a measly exposure when it matters the most in the fourth quarter.

Still, Bagley is not getting caught up with all these outside issues. He says that he does not want to talk about it, and that he has already developed quite the shield against what people say against him. (h/t Jason Anderson of The Sacramento Bee)

“Before we start, I just want to say if there are no questions about the  game tomorrow or what we’re going to do tomorrow, please don’t ask. I  don’t want to give any answers or information on nothing, so if you don’t have any questions about the team and tomorrow’s game, just hold off on those.

More of it is just not giving a damn what people say. People are going to say stuff all the time, but they’re not in my position, they’re not in my shoes every day, they don’t get to do the job that I do every single day. Just understanding that what people say don’t make or break me. At the end of the day, I’m the same person. I’ve still got the same goals I’ve  had since I set them out for myself, and I’m just going after them, and all the other noise and all that extra stuff doesn’t even matter.”

As for his role with the team moving forward, it is up to Walton and the coaching staff to decide upon. This is not the first case in which the Kings’ player rotations has been widely-documented. Last season, Walton favoured Bogdan Bogdanovic over Buddy Hield, leading to the latter’s demotion to a sixth man role.

But despite Bagley’s struggles in terms of his shooting percentages, Walton points out that the lefty forward has actually made some sort of progress this season. The Kings head coach emphasized that Bagley is coming off an injury-plagued year, and it might take some time for him to get accustomed again to the game speed of the NBA.

“I think he’s doing well. I’ve told him I think there’s progress being made that we can see game to game, and just the understanding of what we need him to do, what the team needs him to do and then what he’s  trying to do individually. I’m pleased with what he’s giving us and I’m pleased with, like I’ve said the whole time, he’s going to be a very good basketball player in this league, and it’s nice to have him. Again, it’s a very short amount of time we’ve had him, but it’s the longest that we’ve had him, so it’s nice to get this time together.

I like keeping things within the group, so generally speaking, yeah, I have an open line of communication with Marvin and we’ve had very honest talks. Things we talk about, I’ll keep between us, but throughout my time here we’ve had a lot of good talks, and about honest things, which is what I believe a coach and player should have. This is nothing different, nothing new, but with him and all the guys that I coach, I try to make that a high priority, and understanding that not everyone’s always going to be happy, but the communication will always be there and always available.”

The Kings are sporting a decent 3-3 record to start the season, hacking out two tough wins against Nikola Jokic and the Denver Nuggets, and another victory over Chris Paul and the Phoenix Suns. The team had one of the most difficult stretches to start the season as they faced serious playoff contenders in the Western Conference, including James Harden and the Houston Rockets and Steph Curry and the Golden State Warriors.

De’Aaron Fox, who just inked a lucrative multi-year contract extension with the Kings last offseason, is currently leading the team with his 21.0 points, 3.0 rebounds, 6.2 assists and 1.7 steals per contest. Hield and Harrison Barnes are both norming north of 16 points per game, and Richaun Holmes is producing 13.0 markers.

Perhaps the biggest surprise in the Kings’ rotations is the rookie Haliburton. Prior to the 2020 NBA Draft, many scouts were high on Haliburton’s potential owing to his ability to guard all wing positions, along with his lengthy 6-foot-5 size in the point guard role.

Haliburton says that his hard work is certainly paying off, and it has definitely helped the Kings’ early campaign. (h/t Shaun Powell of NBA.com)

“I don’t want to sound arrogant, but I worked for this, so I’m not going to sit here and tell you I’m surprised or anything like that. My whole life, I’ve just wanted to be the best version of myself and obviously, as a kid, I’ve always wanted to be the best player in the world. And those are obviously my aspirations.”

Haliburton is currently putting up 10.6 points, 2.0 boards, 4.4 dimes and 1.0 steals per game, including an outstanding 50%  clip from beyond the arc. The rookie’s ability to space out the floor on offense and be the team’s secondary playmaker help him to co-exist with another point guard in Fox in the Kings’ backcourt depth.