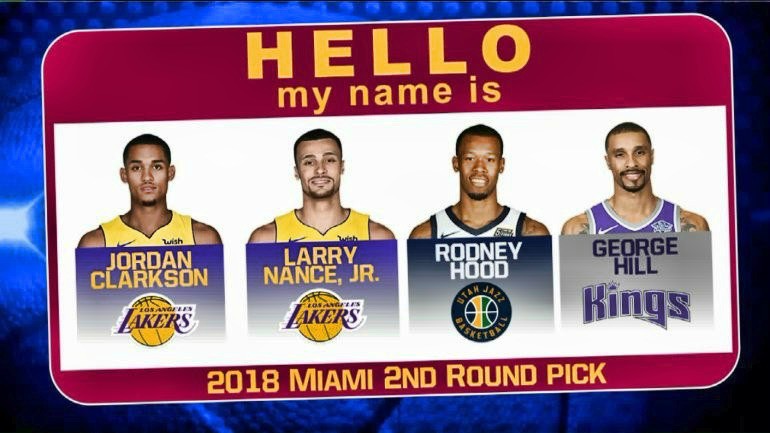 In what is perhaps the busiest trade deadline in Cavaliers’ history, the Cavs acquired four players and a 2018 second round pick in an effort to salvage their 2017-18 season. In three separated trades, the Cavs dealt Dwyane Wade, Isaiah Thomas, Jae Crowder, Iman Shumpert, Channing Frye and Derrick Rose to different NBA teams.

Let’s take a look at the five biggest transactions that happened right before the 2018 NBA trade deadline buzzer sounded: 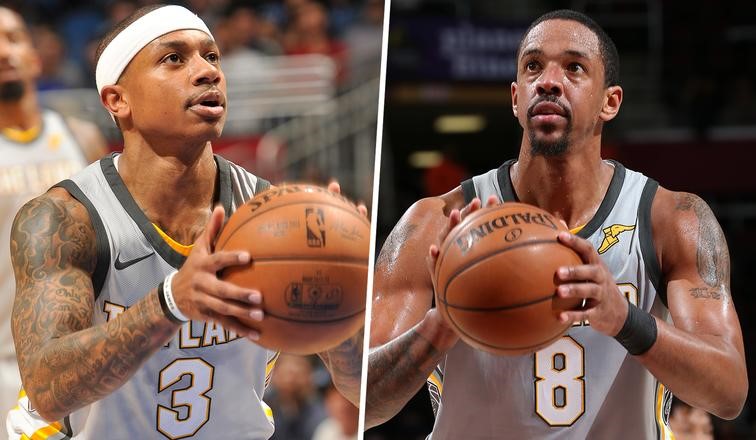 The Isaiah Thomas experiment is over. The Cavaliers were in a very tough spot and were starting to lose their stranglehold of the Eastern Conference. Thomas was struggling to get back to his old form after coming off a hip injury. He was also involved in their off the court drama after saying the Cavs don’t adjust in games. With time almost out and the playoffs almost here, the Cavs finally pulled the plug.

Jordan Clarkson and Larry Nance Jr. are solid players. They are excellent complimentary players. But they’re not really going to be game changers for the Cavs. Clarkson was an excellent scorer off the Los Angeles bench and maybe he can provide the Cavs with the points they didn’t get from IT.

Nance is a good rebounder whom they will need without Kevin Love. However, he doesn’t have Love’s perimeter shooting and three point shot. Still, he’s young and scrappy and can be an energizer off the struggling Cleveland bench.

The Lakers are the clear winners here. Not only have they cleared up enough space to land two max free agents this summer, they also got the Cavs’ protected 2018 1st round round pick.

Both Thomas and Frye have expiring contracts and the Lakers are projected to have around $46M in cap money this summer. Should they not bring back Julius Randle and then stretch Luol Deng’s contract, they are expected to have $69M in salary cap war chest this summer.

While the Lakers did an excellent job of gaining flexibility here, the Cavs may have helped the Lakers get enough money to offer LeBron James this summer. With enough cap money, Los Angeles can sign both James and Paul George this summer, if both decide to jump ship.

Cleveland gets 2nd round pick, Miami gets Dwyane Wade 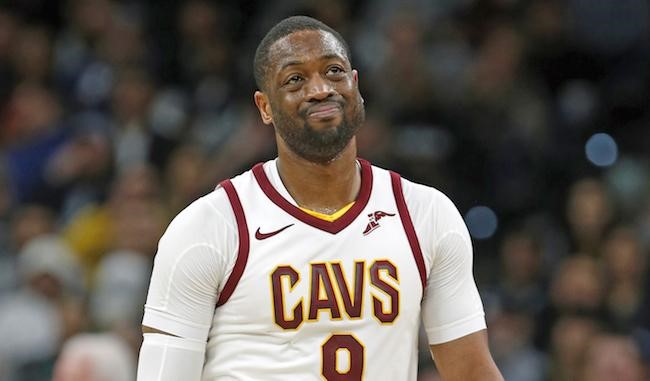 The Cavs traded Wade to the Miami Heat for a future second round pick. For Cleveland, While Wade looked to make the Cavs better on paper, he never really fit with the team. Now, he returns home to Miami where he was, still is and will always be their most valuable player. Wade is the Heat’s franchise leader in points, assists, steals and games played. Having him back will be better for the team and the city more than it is for Wade himself.

At 36, Wade is already past his prime. His current season production is proof of that. But for a team that lost Dion Waiters to injury, Wade can still contribute significant numbers. The numbers will come right away. There will be no need to adjust in Miami because Wade will be playing with his old teammates ( save for a few ) and his old coach. Pat Riley is still there and with Miami making a playoff run, his leadership will be most valuable.
Cleveland parts with another experiment but getting a future draft pick out of it is still a good front office move. And yes, this was one trade that LeBron was happy about, so that helps too. 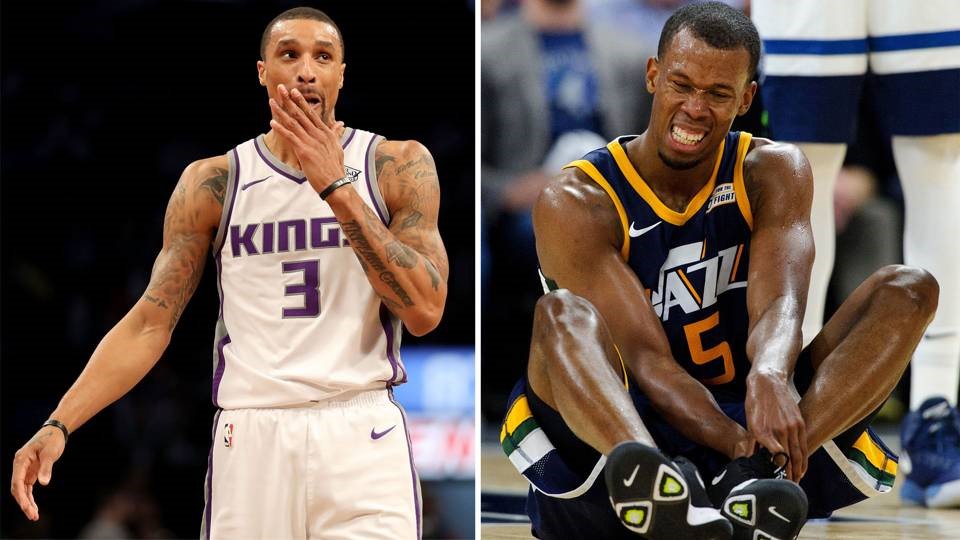 The third big trade for the Cavs got them the starting point guard they need. Unlike Derrick Rose who didn’t have the three point shot in his arsenal, Hill is the NBA leader in three point shooting percentage. From that standpoint alone, this was a win-win deal for the Cavaliers, who are looking to break out from a slump that began in December.

Aside from being an excellent shooter, Hill has the ability to defend both guard positions. His defensive capabilities are an obvious upgrade not only from Rose but from Isaiah Thomas as well. Hill is owed $19M next season and if this experiment doesn’t work out for the Cavs, well let’s not forget that only $1M of that is guaranteed money. So smart move for the Cavs here.

Aside from earning a fine for slapping a cellphone out of a fan’s hand during a loss to the Washington Wizards earlier this season, this has been an excellent season for Rodney Hood. The 23rd pick of the 2014 NBA Draft is averaging a career best 16.8 points per game this season. He is also having his best ever three point shooting year at 38.9% from beyond the arc and 2.6 three point makes per outing.

The Cavs are already the 2nd most prolific three point shooting team in the league. Adding Hill and Hood will at least keep them at that level after dealing away six players at the trade deadline. 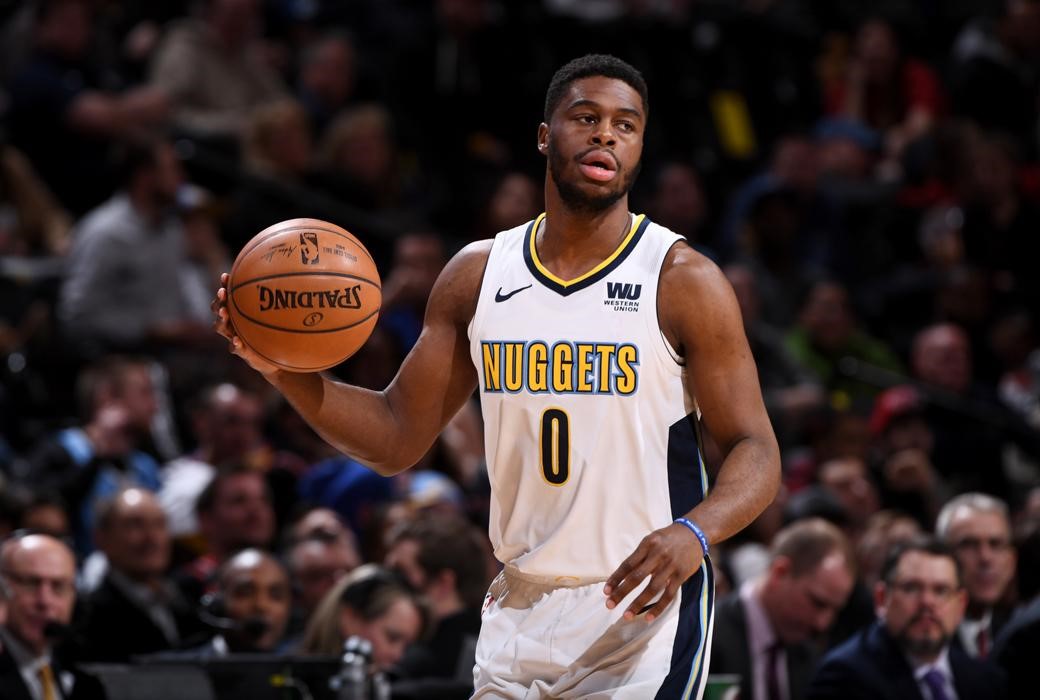 When Kristaps Porzingis went down with a season ending ACL injury, we thought the Knicks would spend the rest of the season experimenting with young point guards Frank Ntilikina and Trey Burke. In a rather surprise move, the Knicks acquired a point guard in their only move of the trade deadline.

Emmanuel Mudiay was the 7th pick of the 2015 NBA Draft. But aside from losing his starting job to Jamal Murray in Denver this season, Mudiay saw his playing time and ( as a consequence ) his production drop significantly. The main knack on Mudiay's game is the lack of an outside shot and that’s why Murray supplanted him in Denver. But given the Knicks won’t be contending for a playoff spot this season and most probably the next too, he’ll have plenty of time to grow ( including that outside shot) in New York.

As for the Nuggets, not only do they get a 2nd rounder for Mudiay but they get a tested veteran point guard in Devin Harris who could provide their young team with the needed leadership ( especially since they also traded Jameer Nelson ) should they make the playoffs. Right now, Denver is holding 6th place in the Western Conference and given their inexperience, they could make use of Harris’ title experience not only in the playoffs but in ensuring they make the postseason.

Doug McDermott fills a need in Dallas. At 6-8, he doesn’t rebound well but will become a true sized small forward for Dallas. Most of McDermott’s baskets are either at the rim ( 35% of total shots ) or from beyond the arc ( 42% of total shots ), thus he won’t clash with Barnes in terms of shooting space. In fact, he should compliment Barnes on the offensive end for the Mavs. His contract expires at the end of the season so by all means, Dallas isn’t married to him.

Orlando gets Phoenix 2nd round pick
Phoenix gets Elfrid Payton 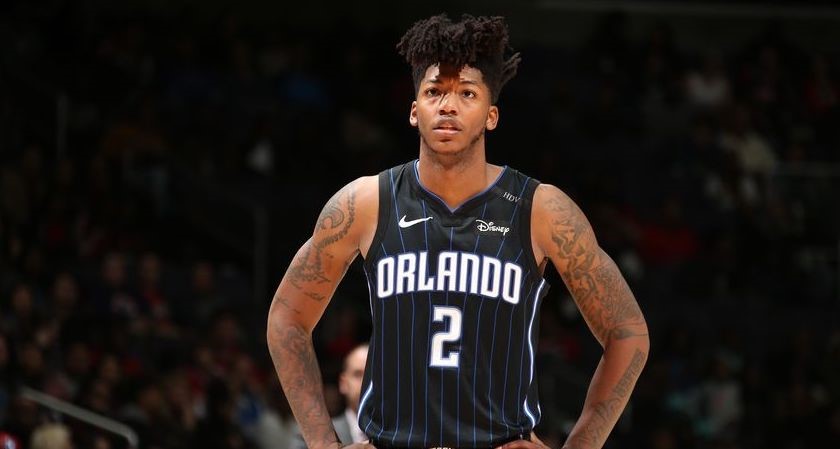 This was perhaps the surprise trade of this year’s deadline not because it was Elfrid Payton who was traded but because what the Magic gave him up for.

Sure, we know that Payton has an expiring contract and the Magic wanted to get someone in return rather than lose him without any compensation. But for a 2nd round pick ? We’re pretty sure that if the other NBA teams knew the Magic were willing to deal Payton for a 2nd rounder,, there would’ve been plenty of teams that could have made better offers. But it is what it is and the Suns got a good point guard on a bargain price. Lucky Phoenix.
The Suns have been struggling to find a true playmaker since Eric Bledsoe was traded to the Bucks. With Payton, they are getting a true point guard who has a high ceiling. Payton should get the immediate starting job in Phoenix and Devin Booker should return to his natural position at shooting guard. Does this fix Phoenix ?Not really but what it does is give Booker the free hand to do his thing.

As for the Magic, there could be plenty of reason why they accepted ‘only’ a second round pick in exchange for a guy with Payton’s ceiling. Sure, his numbers aren’t superstar level yet. But 13 points ( on 52% FG shooting ) , 6 assists and 4 rebounds per game for a 2nd round pick? Seems like Orlando is doing a Sam Hinkie move here, hoping to get a higher draft lottery position.