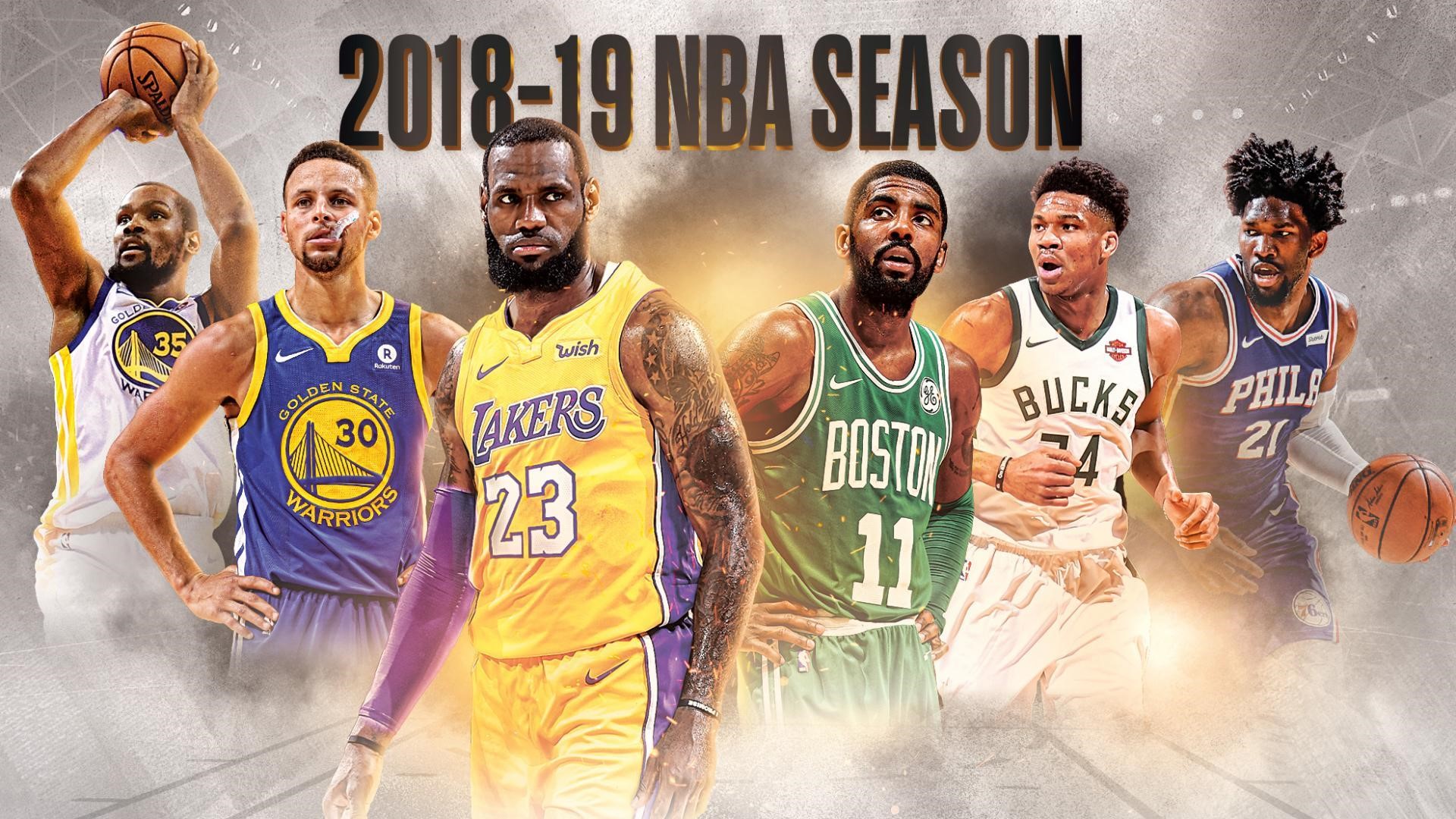 Well, the wait isn’t over yet. There are still a couple of months to go before we see our favorite NBA teams and players back in hardcourt action. The NBA isn’t helping us much too as they have just teased us the more by unveiling key national TV games for the upcoming season.

The NBA’s 73rd season officially begins on October 16, 2018 with the full and complete schedule to be announced on August 10, 2018. That’s still a couple of days to go but the excitement has begun as the NBA has released the 2018-19 National TV schedule for opening week, Christmas Day and Martin Luther King Day on Wednesday. 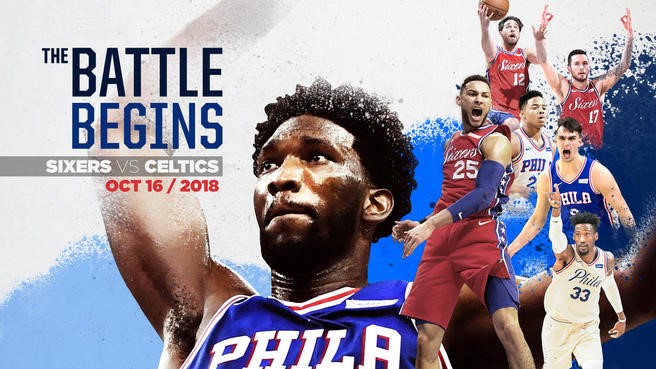 A total of 15 teams playing in 11 nationally televised games across TNT, ESPN and NBA TV will form the league’s 2018-19 season opening week, dubbed as Kia NBA Tip-Off 2018. ESPN and TNT will showcase doubleheaders in each of the first four days of the season.

On opening night, October 16th, TNT will showcase a double header featuring an Eastern Conference showdown between the Philadelphia 76ers and the Boston Celtics at the TD Garden. In the night cap, the defending champions Golden State Warriors will begin their quest for a third consecutive title against the Oklahoma City Thunder at the Oracle Arena.

Prior to the start of the Warriors’ game against the Thunder, the Dubs will receive their championship rings and the championship banner for the 2017-18 season will be unveiled. As for TNT, this will be the 35th consecutive year where Turner Sports has covered the NBA and TNT’s 23rd straight double header feature on NBA Opening Night.

ESPN meanwhile will begin its 17th consecutive season of covering NBA games with a double header on October 17th. In the first game, reigning NBA MVP James Harden will begin his quest for an NBA title anew at home against the new-look New Orleans Pelicans which lost DeMarcus Cousins and Rajon Rondo during the offseason. In the main game, two of the year’s top lottery picks show their wares as the Phoenix Suns parade the 2018 NBA Draft’s #1 overall pick DeAndre Ayton against the Dallas Mavericks who will showcase #3 pick Luka Doncic in a matchup in the valley of the Suns.

On Day 3, LeBron James’ first nationally televised game as a member of the Los Angeles Lakers will headline the TNT double header. King James and his new crew will face Damian Lillard and the Portland Trail Blazers in Portland. Before that game, The Chicago Bulls will visit Joel Embiid and the Philadelphia 76ers in the city of brotherly love.

Kia NBA Tip Off 2018 continues on Friday, October 19th with the #1 and #2 seeds in the Eastern Conference renewing their pleasantries as the Toronto Raptors visit the Boston Celtics in Boston. This will be Kawhi Leonard’s first nationally televised game in a new uniform. This will also be Gordon Hayward’s first game back from injury. Both Leonard and Hayward are still currently on the injured list. But here’s hoping we’ll see both back on October 19th. In the second game , the Golden State Warriors travel to Salt Lake City to test the upstart Utah Jazz led by Donovan Mitchell.

On October 20th, NBA TV will begin its season coverage with a matchup between the Washington Wizards and the Toronto Raptors in the nation’s capital. The day after, NBA TV completes the Kia NBA Tip Off 2018 with a game between the Houston Rockets and the Los Angeles Clippers at Staples Center. 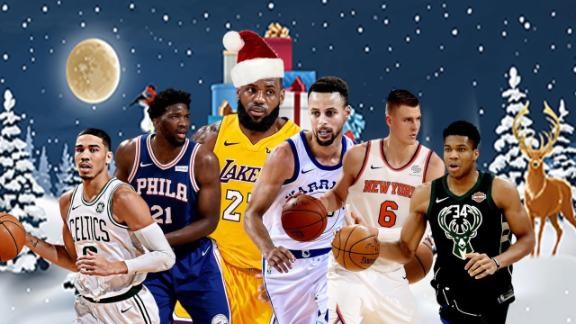 As usual, the NBA’s annual Christmas Day schedule is loaded and is truly a gift for its loyal fans. There will be a total of five games featured for December 25, 2018 with ESPN and ABC combining to complete all five games. This will be the 11th straight season where there are five games on the NBA’s schedule on Christmas Day.

The Milwaukee Bucks test the New York Knicks at the Mecca of Hoops in the curtain raiser while the Oklahoma City Thunder pay visit to former teammate Carmelo Anthony (and James Harden too) and the Houston Rockets in Space City. In the third game, the Boston Celtics and the Philadelphia 76ers clash in Boston in what could be the preview of the 2019 Eastern Conference Finals.

In the second to the last installment, King James and his Los Angeles Lakers will test their mettle against the two-time defending champions Golden State Warriors in Oakland. To close out its Christmas Day schedule, the Portland Trail Blazers will travel to Utah and face the Jazz. 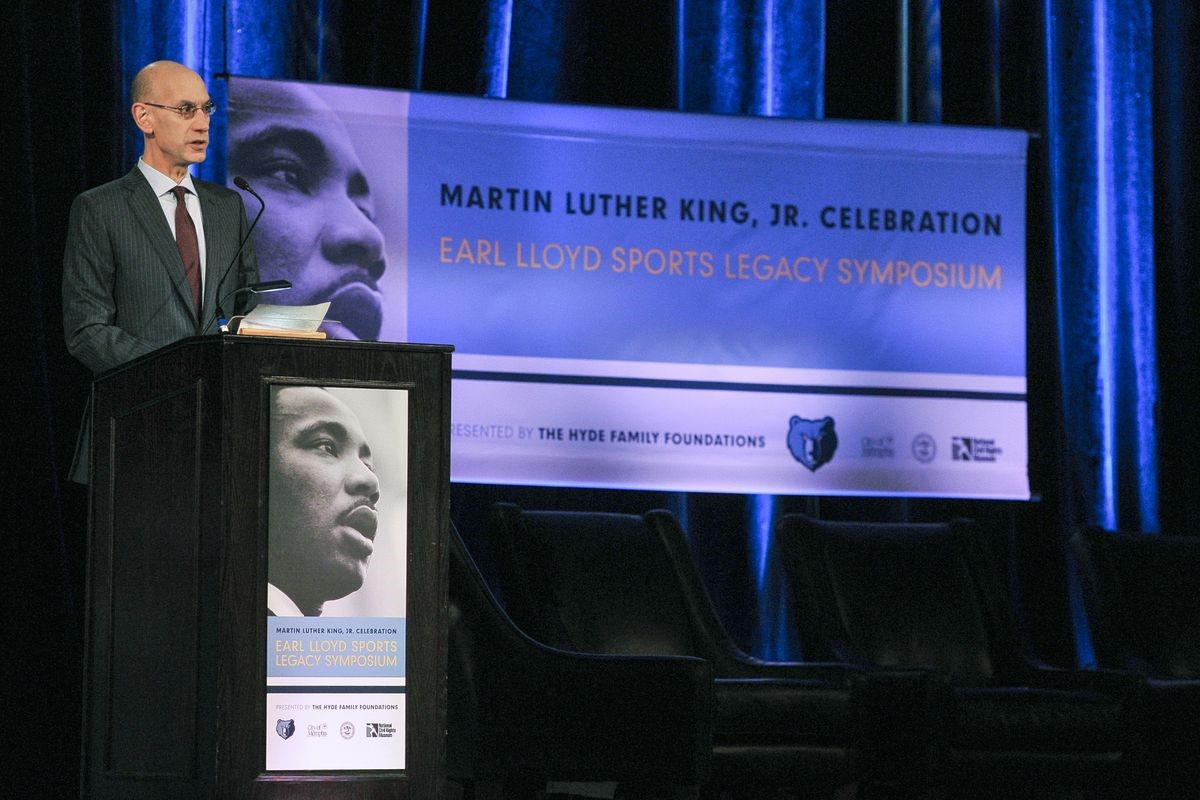 The NBA will have a triple double treat via TNT on Martin Luther King Jr. Day on Monday, January 21, 2019. The Memphis Grizzlies kick off the festivities with their 16th annual Martin Luther King Jr. Celebration Game against the New Orleans Pelicans in Memphis. The second game will feature a showdown between dark horses in the Houston Rockets and the Philadelphia 76ers in Philly. The main event will be a rematch of the Christmas Day game between the Golden State Warriors and the Los Angeles Lakers, this time around at the Staples Center.

Can’t wait? Same here. So mark your calendars now so as not to miss out on these exciting games. We will be updating you with the full and complete 2018-19 NBA season schedule once that is available so stay tuned and keep it here.