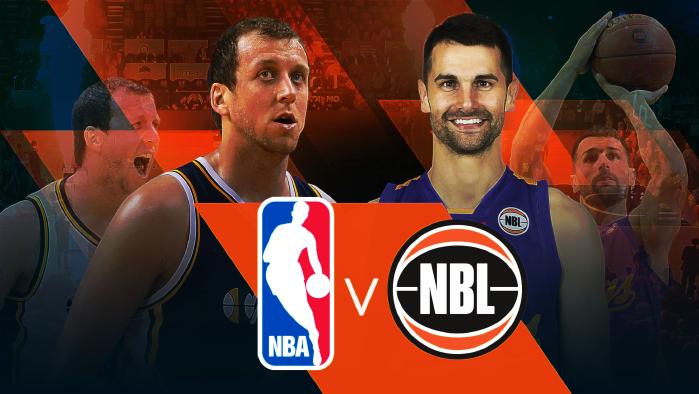 To cut down on teams back to back games, the NBA has decided to add one week to its upcoming regular season. They’re doing that by cutting one week off the preseason, which makes sense really because the players these days work out and play basketball even in the summer. This October, each NBA team will play around 5-7 preseason games before the regular season begins on October 17, 2017. Despite the ‘setback’ to the traditional preseason, the upcoming NBA preseason is still going to make history.

For the first time ever, NBA teams will host teams from Australia’s National Basketball League ( NBL ) in three preseason games. In an announcement, the NBL said:

“The National Basketball Association (NBA) and the National Basketball League (NBL) today announced that the Sydney Kings, Melbourne United and the Brisbane Bullets will take part in the 2017 NBA preseason in October, marking the first time that NBL teams will travel to the U.S. to play against NBA teams.

The NBA vs NBL games are the brainchild of NBL boss Larry Kestleman. Since taking over the ownership of the NBL in 2015, Kestleman has worked tirelessly to build a good relationship with the NBA.
His efforts began to pay off after the establishment of a Global NBA Academy at the AIS in Canberra. The. In the just concluded 2017 NBA Summer League, NBL coaches Andrew Gaze and Joey Wright took assistant coaching jobs with Indiana and Utah, respectively. But more than those, Kestleman also lobbied for games between the NBA and NBL teams.

“I won’t rest until we see the Sydney Kings playing the Warriors or the Chicago Bulls,” Kestelman confidently said in January. "It will happen, whether it’s on our soil or theirs, but it will definitely happen."

Kestleman's dream is finally a reality. The games are finally happening! The NBL will invade the U.S. this coming October. The Sydney Kings are coming to play in America! Unfortunately, the Kings won't be playing the Golden State Warriors or the Chicago Bulls. However, they will be facing an opponent who have links close to their Australian hearts. 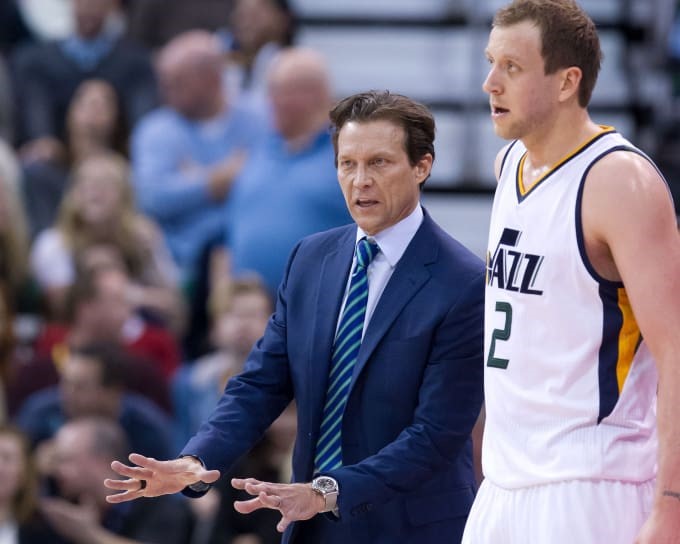 The Utah Jazz were a powerhouse team in the 1990's when they were led by John Stockton and Karl Malone. The duo led Utah to back to back NBA Finals appearance in 1997-1998. However, they would come up short both times against Michael Jordan's Chicago Bulls. Since the two retired, the Jazz have been on a long and hard rebuild. They broke through last season by upsetting the L.A. Clippers in the first round of the 2017 NBA Playoffs. But they got swept by the eventual champs, the Golden State Warriors in round two of the playoffs.

With some momentum, next season was supposed to be a follow-up year. But Gordon Hayward left the team in favor of the Boston Celtics earlier this summer. Still armed with a $136M payroll of young stars and veterans, all isn't lost for the Jazz who have rediscovered the winning road with coach Quin Snyder. Speaking of Quin Snyder, the Jazz head coach is the first link in this Kings vs Jazz game.

In1989, P.J. Carlesimo's Seton Hall Pirates beat The Duke University Blue Devils 95-78 in the 1989 NCAA Final Four. Leading the way for the Pirates was Australian scoring machine Andrew Gaze who scored 20 points in that game. On the other end of the bench was Quin Snyder who made just 3 of 10 shots for the Blue Devils. Snyder committed his fifth foul with 3:39 left in the game and watched his title hopes disappear together with the Blue Devil's 18 point first half lead.

Point Guard of The Future 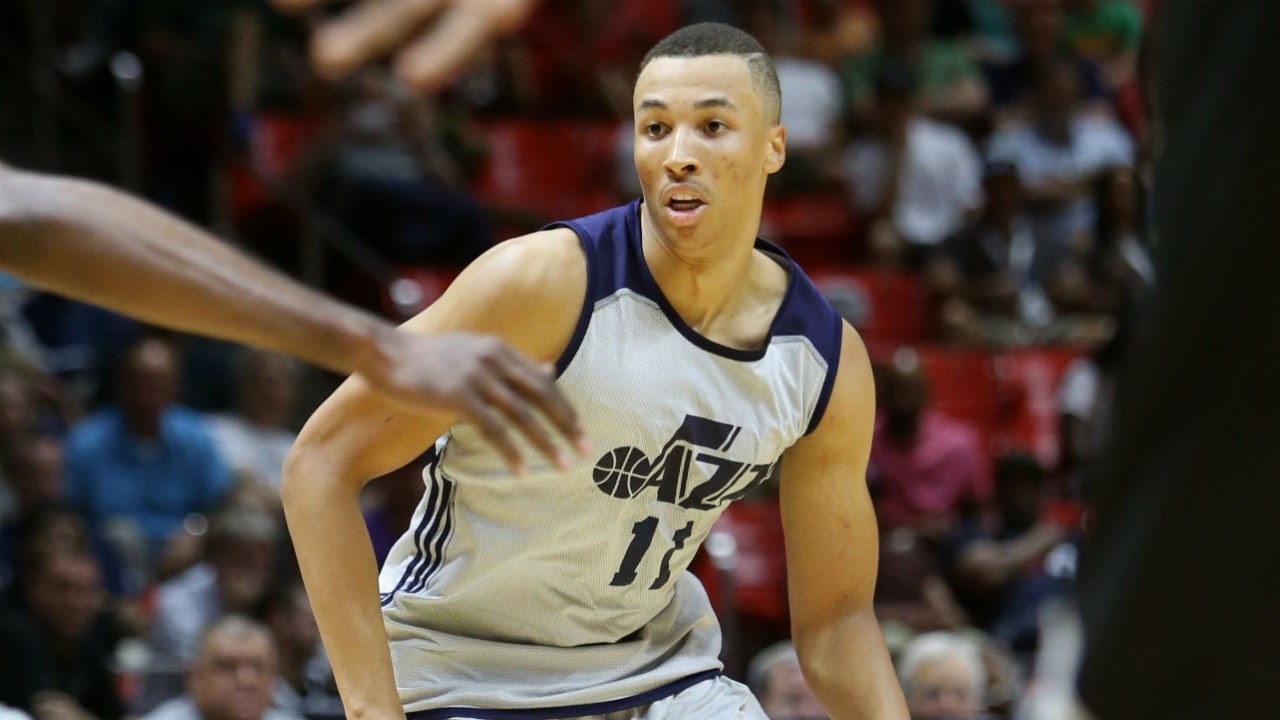 The main highlight of the match-up are the two Australian mainstays of the Utah Jazz. First is point guard Dante Exum, who was the 5th overall pick of the 2014 NBA Draft. Although Exum has fallen short of expectations in his first three NBA seasons, he showed tremendous progress and potential while playing in the 2017 Utah Summer League.

Exum led all players in assists at 6.3 per contest and was the second leading scorer in the tournament at 20 points per game. Exum also showed a lot of improvement with his shot. The 6-6 guard shot 51% from the field and 5 out of 12 from three point distance.

With this exciting development, the Jazz are hoping Exum will carry his summer form to the regular season where he is expected to back-up newly acquired Spaniard Ricky Rubio at the point guard spot. Being a back-up wasn’t what Exum was drafted for, but he should learn from Rubio and continue to develop as Utah’s point guard of the future.

Then there is Joe Ingles, the 29 year old forward who played a key role for the Jazz in the 2017 playoffs. Ingles was a restricted free agent this summer but Utah made him a priority in the offseason by rewarding him with a four year $52M contract. With Haywood’s departure, Ingles role is expected to increase this coming season.

Ingles' 2017 averages of 7.1 points, 3.2 rebounds and 2.7 assists per game don't look deserving of $13M per annum. But his value goes beyond those numbers. Ingles is one of the rare position less 3 and D wingmen in the NBA today. He made 44% of his three pointers and is capable of playing 2-4, run pick and rolls and can lock down both guards and forwards alike.

Although he will only be entering his fourth NBA season, Ingles is a decorated veteran who has won a title in two of the most prestigious basketball leagues in the world. As a 19 year old, Ingles helped the South Dragons to the NBL title in 2006-07. In 2013-14, Ingles played on David Blatt’s Maccabi Tel Aviv European championship team. 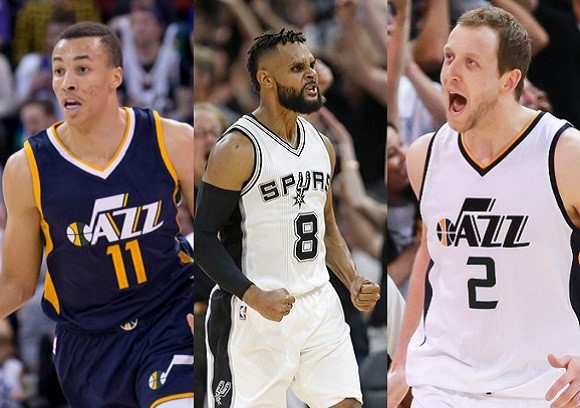 There was a time when Australians were a rarity in the NBA. That changed beginning 1991 when Luc Longley became the first Australian to step foot in the NBA. Longley played a key role in three of the Chicago Bulls’ six NBA titles. In 2005, Andrew Bogut became the first Aussie to be drafted first overall in the NBA Draft. Bogut would later become the defensive anchor of the 2015 Golden State Warriors title squad.

A year before Bogut won his NBA championship ring, Patty Mills was an important bench player for the San Antonio Spurs’ 2014 championship team. In 2016, Matthew Dellavedova provided the needed back-up support for Kyrie Irving during the Cleveland Cavaliers’ title run. Ben Simmons was also picked first overall by the Philadelphia 76ers in the 2016 NBA Draft.

Currently, there are eight Australians who will play in the 2017-18 season. With Australia now obviously included in the NBA’s radar, expect more talents to be discovered from the land down under.