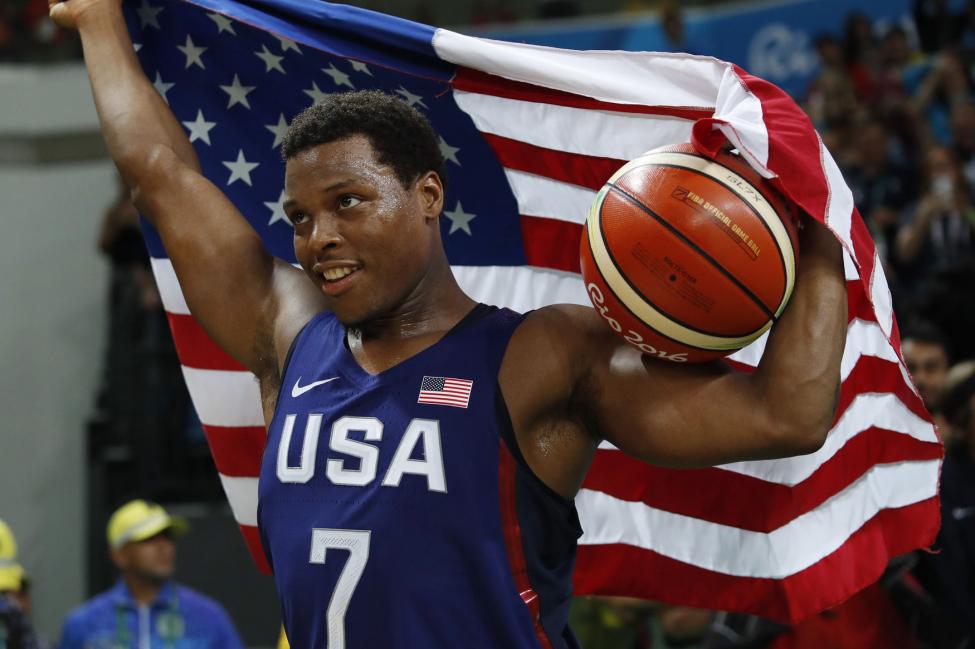 As if losing top-tier superstars isn’t enough, Team USA has again saw two potential key cogs withdrawing from a spot to compete at the 2019 FIBA World Cup in China later this month. Marvin Bagley III of the Sacramento Kings has reportedly declined an opportunity to make it to the Final 12, citing the need to fully-prepare for the upcoming 2019-20 season. On the other hand, Toronto Raptors star point guard Kyle Lowry has formally withdrawn from the squad as he is still recovering from a right thumb surgery he underwent last July after playing through the injury during the Raps’ successful title run.

Marc Stein of The New York Times was the first to report about Bagley’s withdrawal from the American squad.

Bagley III had played his way into contention for a frontcourt spot on the final 12-man roster that Team USA will field for the @FIBAWC in China but elected to step aside before the team reconvenes Tuesday in Los Angeles to keep the focus on next season with the Kings.”

Bagley, 20, posted an impressive stat line of 14.9 points, 7.6 rebounds and 1.0 blocks per game during his rookie season for the Kings. He will be entering his sophomore year in the upcoming season, and expectations are high for him and the young Sacramento squad. The Kings actually had a shot for a playoff spot last season, but they lost a lot of close games, ultimately costing them an appearance in the playoffs. The Kings front office has installed a new head coach in former Los Angeles Lakers coach Luke Walton, one of the best young coaches on the rise in the NBA.

As for the 33-year old Lowry, he expressed his regret on not playing for the national team this year, owing to the fact that he is still not cleared to return to the court. The veteran playmaker took to Instagram his sentiments.

"I was hoping to be cleared and ready for the tournament, but I was not cleared for full basketball activities. I was hoping to be available in time to help my country in their quest for the gold this upcoming tournament. I love playing for USAB but I have to sit this one out and support the team from home. At the end of the day, I believe the men that are playing will be great and will win the gold for our country ... GO SAB!!"

ESPN’s Adrian Wojnarowski also confirmed that Lowry went to training camp despite knowing that there’s a great chance that he won’t be cleared to play. The All-Star point guard could have bannered this year’s version of Team USA. He won the gold medal during the 2016 Olympics, racking up averages of 5.0 points, 3.3 rebounds and 3.8 assists per contest.

To report on the development of other countries’ national squads, it was confirmed that Miami Heat combo big man Kelly Olynyk will not play for the Canadian national team. During a tune-up game against Nigeria last week, Olynyk sustained a bruised bone on his knee after slipping on a wet spot on the floor and falling awkwardly. Wojnarowski reported about this sad development for Canada.

“After suffering a knee injury in competition last week, Miami Heat F Kelly Olynyk  will be unable to compete for Canada in the FIBA World Cup, source tells ESPN. Olynyk is expected to be ready for the start of the NBA season.”

Olynyk is the latest NBA player to withdraw from a spot in their roster. Young budding star Jamal Murray of the Denver Nuggets and highly-touted rookie prospect R.J. Barrett are also not donning their national team colors in the upcoming World Cup.

After numerous criticisms on its new rule implementation, the NCAA has now backtracked on its “Rich Paul Rule” and issued an important amendment in the ruling. Several hours after NBA agent Rich Paul published an op-ed piece that criticized the new ruling, the NCAA announced that they have removed the requirement dictating that an agent can only be eligible to represent college athletes if he or she has a bachelor’s degree. This recent development was announced by the NCAA on their official website.

“However, we have been made aware of several current agents who have        appropriately represented former student-athletes in their professional quest and whom the National Basketball Players Association has granted waivers of its bachelor’s degree requirement. While specific individuals were not considered when developing our process, we respect the NBPA’s determination of qualification and have amended our certification criteria.”

With college agents now only needing a certification from the NBPA, Paul’s article published on The Athletic has definitely done its mission. While Paul emphasized that the Klutch Sports Group won’t be affected had the new ruling stayed, he argued that a lot of aspiring agents who do not have the means necessary to finish a four-year college degree will have their dreams shattered.

“The harmful consequences of this decision will ricochet onto others who are trying to break in. NCAA executives are once again preventing young people from less prestigious backgrounds, and often people of color, from working in the system they continue to control.  In this case, the people being locked out are kids who aspire to be an agent and work in the NBA and do not have the resources, opportunity or desire to  get a four-year degree.”

Paul, the famous agent of Lakers superstar LeBron James, started the Klutch agency in 2012. He met James just after the superstar got drafted in 2003, and remained close to him throughout the years.

With teams now balanced in star power and depth, the NBA has finally released the full schedule of game for its upcoming 2019-20 season. With two-time Finals MVP Kawhi Leonard opting to play for the Los Angeles Clippers instead of the Lakers, the NBA will now be more exciting owing to the balanced spread of power to its teams.

The league also tinkered with the time schedules of nationally-televised games, making the tip-off earlier than usual, per the NBA’s official website.

The highly-anticipated opening night will be on the 22nd of October, a double-header featuring the Clippers going up against the Lakers, and the Toronto Raptors receiving their championship rings during a match against top rookie prospect Zion Williamson and the New Orleans Pelicans.

In addition, the Lakers and the Golden State Warriors have the most nationally-televised games with 30 each. They are followed by James Harden and the Houston Rockets (26), Kemba Walker and the Boston Celtics (25), Leonard and the Clippers (25), Giannis Antetokounmpo and the Milwaukee Bucks (24), Joel Embiid and the Philadelphia 76ers (34), Williamson and the new-look Pelicans (20) and Damian Lillard and the Portland Trail Blazers (20). Interestingly, the New York Knicks will only have three nationally-televised games.