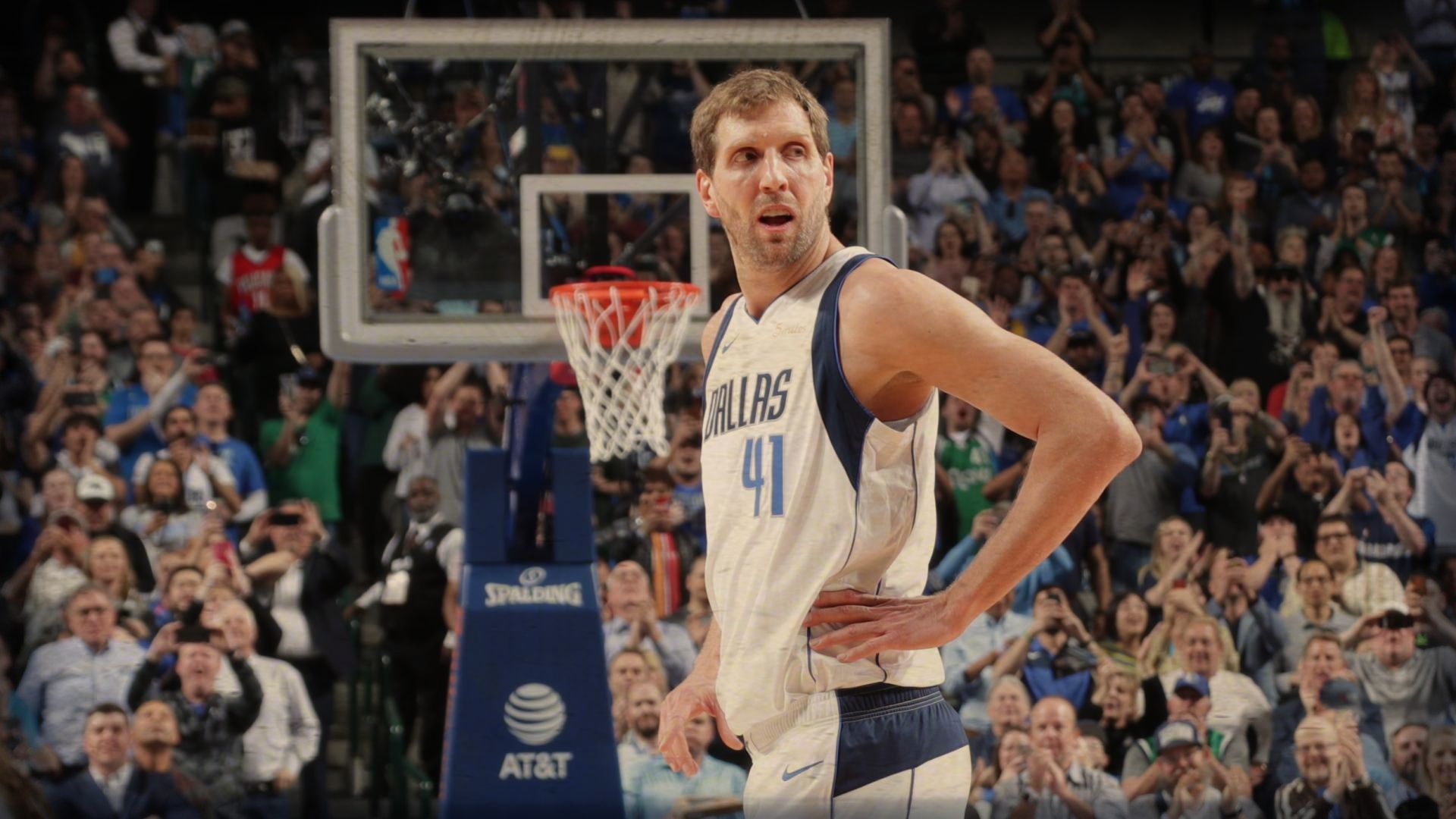 Arguably the greatest international player to play in the NBA, Dallas Mavericks long-tenured star Dirk Nowitzki has achieved yet another milestone. During a Monday night game against the New Orleans Pelicans, the sweet-shooting seven-footer made his signature fade-away shot at the top of the key, giving him a massive total of 31,420 points and pushing him to the 6th spot in the league’s all-time scoring list.

The legendary German big man says that his shooting prowess was a big advantage, especially for a frontcourt player like him, per NBA.com.

"The league wanted a change, and I came in at the right time. They basically forced  teams to do a little more movement and more pick-and-roll. All the guys now can shoot and spread the floor. It was just perfect for me and for my skill set."

Nowitzki, who is averaging 6.1 points and 2.4 boards this season, is rumoured to be on the cusp of retirement after this year. The Mavericks are currently sporting a 28-42 record, and are virtually out of contention for a playoff spot. Dallas head coach Rick Carlisle has developed quite a connection with the All-Star ever since they upset the LeBron James-led Miami Heat in the 2011 Finals. Here’s Carlisle’s statement on the underlying attribute that led to Dirk’s individual and team success.

"Not many people on the outside know the kinds of sacrifices to be on the floor to accomplish something like this. It’s just another credit to how he’s approached his entire career."

Indeed, the 40-year old superstar has sacrificed a lot of money and pride for the Mavericks to upgrade their roster and put them in championship contention year after year.

Rumoured to be on a possible coaching stint with the Los Angeles Lakers next season, Clippers head coach Doc Rivers squashed any reports linking him to his team’s hometown rivals. During a press conference, Rivers boldly ended the Lakers rumors by announcing that he and Clippers owner Steve Ballmer have agreed to contract extension this offseason, per Mirjam Swanson of the Southern California News Group.

"Let me end this. Magic Johnson & I are very close friends...but Steve Ballmer and I  have a great relationship. He gave me an out, where I could opt-out this summer...early this year, let's end this thing, extend, make it a longer deal. I'm here. My job is not done."

Rivers’ incredible work of leading an underrated Clippers team to the cusp of playoff contention has sparked rumors that the champion coach could be aggressively pursued by teams in search of a seasoned leader. Without a true superstar on their roster, the Clips are still holding an impressive 42-30 record, and are currently seeded 7th in the West’s playoff race. Ballmer, who has been one of the most well-loved owners in the league, has heaps of praises for the veteran coach, per Dan Woike of the Los Angeles Times.

Truthfully, the Clippers organization has a promising summer ahead of them. Aside from having valuable role players who are performing off the charts, the team can also sign two potential max free agents. They are already reported to be the frontrunners as possible destination for Toronto Raptors star Kawhi Leonard, who will be entering unrestricted free agency in the offseason.

While the Kristaps Porzingis trade had the basketball world buzzing about the potential deadly combo he would form with brilliant rookie point guard Luka Doncic, Dallas Mavericks fans are still somewhat skeptical on the health of the 7-foot-3 wonder. A Torn ACL injury is one of the most dangerous setbacks in the sport, and it might even be more dangerous for taller players like Porzingis. However, a light has been lit and the tunnel as the Latvian sweet-shooting center has now gone through his first full practice with the team.

“That’s not how we planned it. It’s just the progression that we had. I could have been on the court way earlier than this.

But we really took our time, we really stayed patient, I stayed really patient. I’m proud of myself for staying that patient. But now it’s here, I’m excited and I can’t  wait for the next practice.”

Porzingis, who was averaging 22.7 points, 6.6 rebounds and 2.4 blocks per game before he went down with the injury while still playing for the New York Knicks last season, hasn’t played a single game this year and is reportedly shut down for the whole season. That means the Luka-Kristaps duo would wait for a while, while the Mavs go through another offseason for a chance to retool their team and build around their stellar core.

Mavericks head coach Rick Carlisle says that he was encouraged by what he saw of Porzingis in the practice session.

“He went through a full practice with no issues, so very encouraging. He’s made   tremendous progress with his rehab, with his conditioning, his strength, and  (playing 5-on-5 basketball) was the next logical progression.”

Dallas also has a big decision to make as the 23-year old big man will be a restricted free agent in the summer. Sources have it that the Mavericks are already a lock in securing the services of Porzingis for the years to come.

Los Angeles Lakers point guard Lonzo Ball has reportedly cut ties with Gregory Alan Foster, a part owner of the Big Baller Brand. Ball is a majority owner of the company. Tania Ganguli of the Los Angeles Times reported on the recent development.

“Gregory Alan Foster was accused by Ball’s financial planner, Humble Lukanga, of  taking money from Big Baller Brand and general mismanagement of the Lakers point guard’s finances. ESPN reportedly has seen documentation that Foster took $1.5 million from Ball’s personal and business accounts and could not account for that money. The Times has not seen any such documentation.”

This setback has also sparked rumors that Lonzo might also be on his way out of the BBB. The sophomore point guard also confirmed reports that the Lakers have inquired him on how physically comfortable he is in wearing the Big Baller Brand shoes, and if it might have led to his ankle injuries, per Ramona Shelburne and Paula Lavinge of ESPN.

Lonzo saw his numbers went down this year as the promising Lakers team saw their season collapse. Ball is putting up 9.9 points, 5.4 assists and 5.3 rebounds per game, but has improved his shooting touch from beyond the arc. The 21-year old defensive point guard is now the team’s most valuable asset outside of LeBron James, especially with the blood clots that Brandon Ingram has sustained at the latter part of this season.