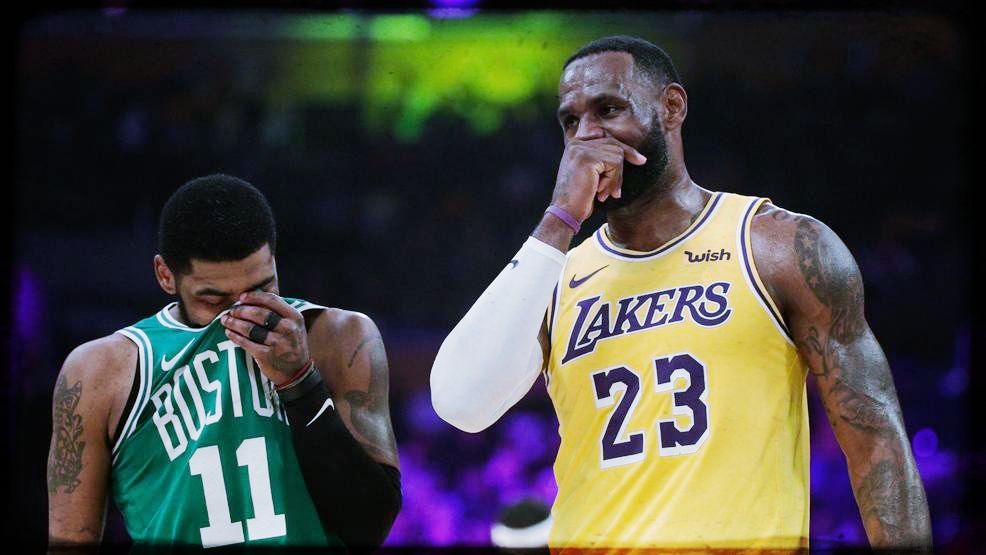 For the first time since 2005, there is a very high chance that the NBA playoffs will not feature transcendent superstar LeBron James. His Los Angeles Lakers are sporting a disappointing 30-36 record. Now that they’re 7.5 games behind the 8th-seeded Los Angeles Clippers, the Lakers may be heading for an early vacation.

But Miami Heat star Dwyane Wade says that this isn’t all frustration for the four-time Most Valuable Player, per Tim Reynolds of the Associated Press.

“Rest is going to help. I think the biggest thing with him is probably mental, the mental break from it. Physically, obviously, he’s getting older but he’s still very good at this game. Look at his numbers. They’re still very good. But he’s been going at it for a long time, so to get away from it and kind of look at it from a different lens, it’ll definitely help.”

James has played in the league’s past eight Finals series, and it’s safe to assume that the physical and mental aspects of running for the title are already taking their toll on the 34-year old future Hall of Famer. Cleveland Cavaliers star big man Kevin Love also says that taking an early vacation could prove to be a good thing for his former teammate.

“Just having that break, being able to reassess and come back really, really highly   motivated, I think it’s going to be big for him. If you get Bron highly motivated, anything can happen.”

Looking at his numbers on paper, it is impossible to think that LeBron is already turning 35 this year. He is still posting stellar all-around numbers of 27.1 points, 8.6 rebounds and 8.1 assists this season. However, he has also missed 18 games this season, the most games he has missed in a single season in his 16-year career. To make matters worse, his body language on the court indicates obvious frustration on the direction of the team.

The Lakers organization will face another offseason of revamp and changes. Whether they pursue New Orleans Pelicans superstar Anthony Davis or sign another max free agent, a healthy and motivated LeBron James is still the most important cog of their success.

Los Angeles Clippers sixth man Lou Williams is one of the most underrated scorers in the NBA. But after a 40-point performance in a much-needed win over the Oklahoma City Thunder, Williams has cemented his legacy on the league record books. Ben Weinrib of the Yahoo Sports reported on the 32-year old’s two milestones in just one night.

“In a 118-110 win over the Oklahoma City Thunder, the Los Angeles Clippers guard  set the NBA record for most career 30-point games off the bench while moving into second all-time for bench scoring.

Williams led all players on Friday with 40 points on 13-of-24 shooting, marking his   28th game with at least 30 points off the bench. That surpasses Ricky Pierce’s previous record of 27.”

Williams is leading the charge for the 8th-seeded Clippers this season, averaging 20.2 points, 5.4 assists and 3.0 rebounds per game. He is one of the league’s most notable non-All-Stars this year, and he is doing it off the bench for the Doc Rivers-led Clips. His 40-point outing against the Thunder is his second-most scoring game this season, behind his 45 points in a loss against the Minnesota Timberwolves.

To top it off, Williams is also on the verge of passing former Charlotte Hornets star Dell Curry’s record of off-the-bench 11,147 points, the highest in league history. Here’s Williams’ statement on his milestone, per Mirjam Swanson of the Southern California News Group.

“It means a lot, that’s part of my legacy at this point. It’s part of my history, part of my career and what people will remember about me when I walk away from the  game. To be in striking distance to be the leading scorer off the bench means a lot.”

Williams, a two-time Sixth Man of the Year awardee, has emerged as the Clippers’ main man after the Lob City-era. He signed a 3-year, $24 million contract last offseason, obviously a bargain deal for a brilliant borderline All-Star.

Just a week after cracking the top 10 in all-time steals total in league history, Houston Rockets star point guard Chris Paul recorded another career milestone. After a close-call 94-93 win over the Dallas Mavericks, it’s confirmed that Paul has passed Detroit Pistons legendary playmaker Isiah Thomas for 7thall-time in assists total. CP3 recorded 9 assists during that game, including a game-saving block to win the night for the Rockets.

“Paul recorded his third assist of the game with 1:38 left in the first half when PJ Tucker hit a three-pointer. That gave him 9,061 for his career, which tied former Detroit Pistons great Isiah Thomas for seventh-most all-time.

Paul took sole possession of seventh place four minutes into the second half when he  found Eric Gordon on a 25-foot triple. In all, seven of his nine assists on the night came on three-pointers.”

The 33-year old point guard has propelled the Rockets to an eight-game winning streak in the past few weeks. The Rockets are now holding a 41-25 win-loss card, good for the third seed in the stacked Western Conference. Despite averaging a career-low 15.4 points this season, Paul is still racking up the assists with 8.3 per game, on top of 4.4 rebounds and 2.0 steals.

The Houston Rockets and the Detroit Pistons are two of the hottest teams in the NBA right now. The Pistons, behind the impressive frontcourt play of All-Stars Andre Drummond and Blake Griffin, have won 13 of their last 16 games, including a current five-game winning streak. In that span, they have beaten higher-seeded playoff teams such as the Denver Nuggets, the Indiana Pacers and the Toronto Raptors.

Pistons star forward Blake Griffin had heaps of praises for his team, per the Associated Press.

"I've said it over and over again during these 14 games. We're playing basketball the right way. We're making extra passes and we're trusting each other. If you do that, you'll eventually get hot."

Moreover, Chicago Bulls head coach Jim Boylen says that the Pistons have been a high-caliber team, a group that his young Bulls team should imitate and learn from.

"Detroit's the kind of team we need to learn from. They've got a couple powerful guys in Griffin and Drummond, they've got some good role players and they've developed maturity. They were down 20 in Minnesota and won and they were down 20 to us the other night and won.”

If the Pistons keep this up, they could maintain a firm hold on the sixth spot in the East. They are currently leading the Brooklyn Nets with just a half-game as they match up in an important game in their next assignment.

As for the Rockets, they have been the hottest team in the league, riding an eight-game winning streak after a disappointing loss at the hands of the Lakers where James Harden sounded off on the NBA officiating. They have beaten elite teams during the streak, including the Golden State Warriors, the Boston Celtics, the Toronto Raptors and the Philadelphia 76ers.

Harden says that their recent success has something to do with the team’s resilience to win, per Jonathan Feigen of the Houston Chronicle.

“That’s what it’s about. Everything is not going to be great through the course of the game. There’s going to be a lot of ups and downs. As long as you can stay the course. We got locked back in, got some stops and put some shots in.”

The Rockets will face the Charlotte Hornets in their next game, followed by a powerhouse face-off against the Warriors.