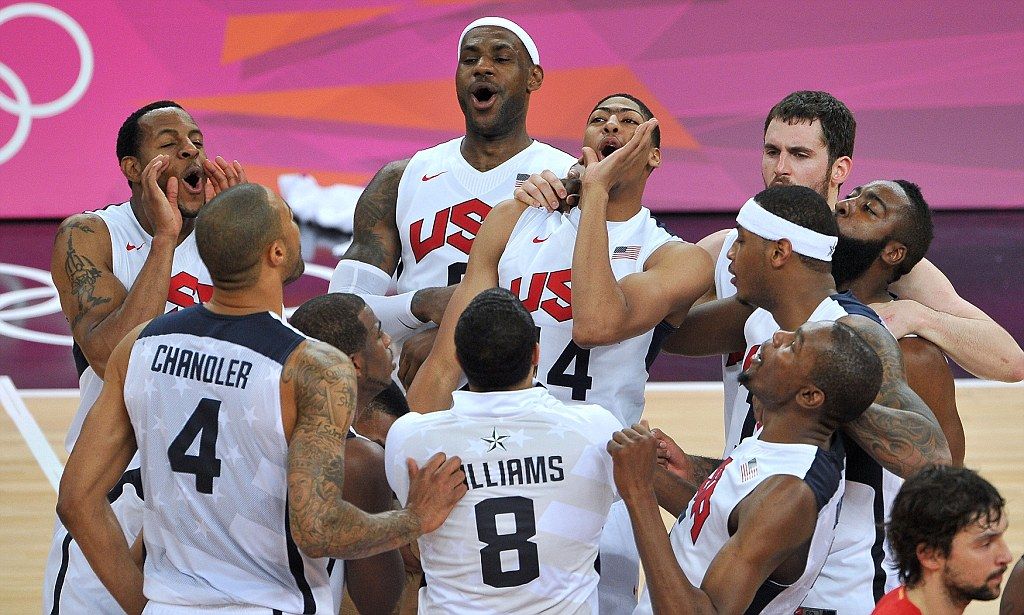 Houston Rockets superstar guard James Harden is now joining the quickly-growing list of NBA stars verbally committing to play for the national squad at the Tokyo Olympics next year. Harden said that playing in the 2020 Olympics is definitely one of his goals, as per Tim MacMahon of the ESPN.

“James Harden says “it’s one of my goals to represent this beautiful country” in the Olympics next summer.”

Harden has won two gold medals for Team USA. He got his first during the 2012 London Olympic Games, then won his second gold medal in the 2014 FIBA World Cup. He was named Team Captain of the 2014 national squad, and he provided validation to that title by scoring 23 points during Team USA’s Finals game victory against Serbia. However, the former NBA Most Valuable Player has withdrawn the duty in the past couple of major international tournaments, namely the 2016 Olympic Summer Games in Rio and the recently-concluded World Cup in China.

The Beard was supposed to be one of the leaders of this year’s national team, but he withdrew before the start of the camp. We don’t have the inside scoop on the main reason why Harden decided not to play for Team USA this summer. But judging from the numerous stars who crossed out their own names from consideration, we could assume that superstars like Harden don’t want to play two summers in a row. We can’t forget that the NBA regular season is 82 games-long, not even mentioning the extended grind of the playoffs.

If there is any upside to Team USA’s disappointing quarterfinals exit in China, we could point to the current trend of superstars now committing to represent the country next year. Golden State Warriors star backcourt duo of Stephen Curry and Klay Thompson were the first ones to start the movement, along with Portland Trail Blazers All-Star point guard Damian Lillard. Anthony Davis, the newest star big man in Los Angeles, also said that he would not hesitate in joining the team should Team USA head coach Gregg Popovich invites him.

As for Lakers superstar LeBron James, arguably still the biggest name in American basketball, taking a cautious approach would be important. James isn’t getting any younger, and he’ll already be 35 years old this coming December. The King isn’t immortal, and he emphasizes that everything will depend on how healthy he will still be come summer time next year.

Here’s LeBron’s statement during the Lakers’ media day a couple of days ago:

“I don’t know. I would love to. I want to stay healthy as well, that’s most important. “I was not happy about how we did this summer. We’re a brotherhood and I know the guys that was there this summer, they played extremely hard and played extremely well together, they just fell a little bit short of what our expectations are.”

James is also coming off a year where he missed a bunch of games due to a groin injury. But we could make a case that the four-time MVP is well-rested right now, having missed the playoffs in his first year with the Lakers. However, this upcoming season should turn out to be a different story for the Lakeshow. Anthony Davis is in town, and the Lakers arguably have a stronger supporting cast around James. They are expected to have a deep postseason run next year, so health and availability will be vital for LeBron and AD’s decision to play for Team USA.

Newly-acquired Clippers star forward Paul George also expressed his desire to join the national squad in 2020. He also has health as his main condition, especially now that the Clippers have what it takes to go all the way to the championship stage.

“I would love to. Hopefully, god willing, I can get through a season healthy. And  when that time comes, I would love to be part of the Olympics and represent. But this comes first, obviously. And getting through this year, giving everything to this year. Hopefully, by June, we're the last team standing and I'll deal with it at that point. It doesn't really matter if we go all the way. As long as I'm healthy -- when I get to that point and I'm healthy, I'm in. I want to be part of that group.”

George teamed up with recent Finals MVP Kawhi Leonard to create another formidable team in Los Angeles. Leonard, who helped bring the championship to Toronto last season, also wants to play for Team USA but will remain focused on taking the Clippers to the NBA Finals. Kawhi hasn’t played for Team USA yet, but he will surely be an impactful force for the team on both ends of the floor.

Miami Heat head coach Erik Spoelstra won’t be taking his talents away from South Beach. Ira Winderman of the South Florida Sun Sentinel reported that the Heat front office has decided to extend Spoelstra’s contract. The 48-year old head coach is actually in the final year of his previous contract.

“Erik Spoelstra’s enduring tenure with the Miami Heat will endure, with an NBA source confirming to the South Florida Sun Sentinel on Saturday that the team’s championship coach has agreed to a four-year contract extension.

Spoelstra, who has coached the Heat the past 11 seasons, leading Miami to NBA titles in 2012 and ’13, was entering the final year of his contract.”

Spoelstra’s rise from the team’s video coordinator to the head coach he is now has been very inspiring. He served as an assistant coach for the Heat from the 1997-2008. He was then given the keys to the team during the 2008-09 season, and has since racked up a winning coaching record of 523 wins against 363 losses.

Spoelstra led the Heat to four consecutive Finals run during the Big 3 era. They won it all in 2012 and 2013, but the Heat would become a middle pack team in the Eastern Conference following the departure of LeBron in 2014. Spoelstra’s coaching success has been largely underrated throughout his career. But his ability to effectively lead his team while managing the bevy of stars on his roster is something that only brilliant coaches can successfully do.

Spoelstra has also shown that he can get the most of his players, even those who are only considered to be role players or washed-up stars. The 2019-20 season will be his 12th in Miami, as the Heat officially moves on from the Dwyane Wade era. Even without Wade, the mild-mannered coach still have a deadly arsenal at his disposal. Jimmy Butler will be there to take the leadership mantle, while young guns Justise Winslow and Bam Adebayo are expected to be more than just the role players they were last season.

Just a couple of days after the NBA stated that they will enforce stricter rules and punishments for tampering, the league has announced that the Milwaukee Bucks has been fined a total of $50,000 for tampering with their own player. The Athletic’s Shams Charania reported about the said issue.

“The Milwaukee Bucks have been fined $50,000 by the NBA for violating league rules governing timing of player contract comments, when team spoke publicly about  offering Giannis Antetokounmpo the super max.”

Jon Horst, the Bucks team owner, said on television that Milwaukee is indeed planning to offer a supermax extension to Giannis once he becomes eligible next year. However, the timing of the statement violated NBA’s tampering rules. It turns out that teams are not allowed to even verbally commit to offering a supermax extension to their player who is entering his seventh season in the league.