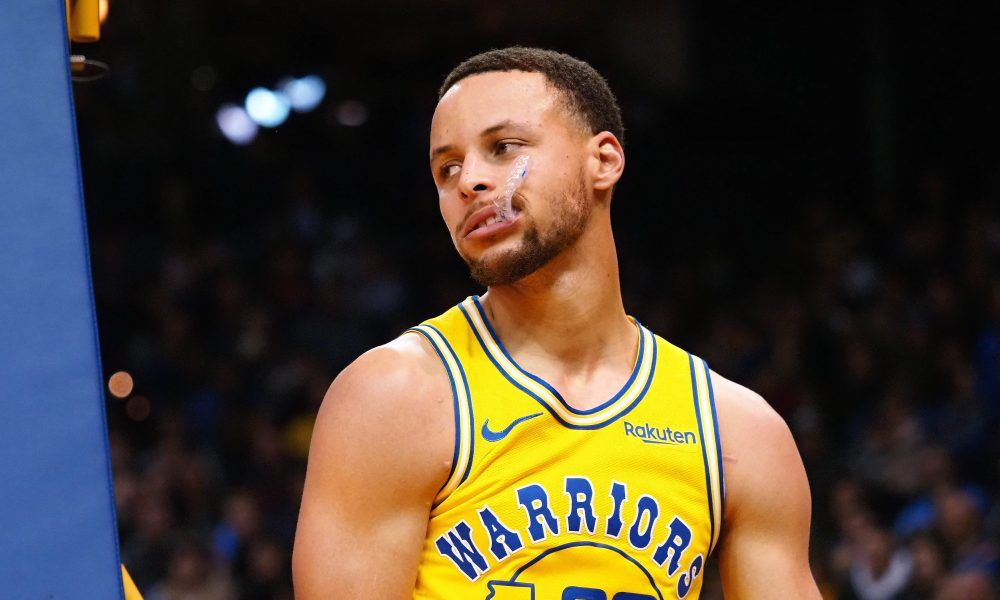 The Golden State Warriors are turning a new leaf in their 2019-20 campaign, but it might not be a sight to see for the team who has dominated the NBA in the last five years. After losing their first two games by a whopping average margin of 23.5 points, Warriors head coach Steve Kerr says that losing could be a reality for his team this season, per Nick Friedell of the ESPN.

"This is not a one-off, this is the reality. There's going to be nights like this this year. You've got to play through it, you've got to keep fighting and keep getting better.  That's the plan.

It doesn't feel very good. Losing stinks. It's no fun. This is more the reality of the NBA. ... The last five years we've been living in a world that isn't supposed to exist. Five years of, if I remember, the best record anybody's ever had over five years. So this is reality, nine guys 23 or younger, and we're starting over in many respects."

The Warriors lost their season opener against Kawhi Leonard and the Los Angeles Clippers by 19 points, only to be followed by an embarrassing 28-point beating from Chris Paul and the retooled Oklahoma City Thunder. Although they have bounced back with a much-needed win against the New Orleans Pelicans, they still gave up 123 points to a team without their main man in Jrue Holiday and prized rookie forward Zion Williamson.

While many people point out to the Warriors’ sputtering offense, it is in the defensive end that they are really struggling. Through their first three games, the Warriors are ranked 28th in opponents’ three-point percentage (43%) and dead last in opponents’ two-point percentage (62%). Golden State’s long-tenured defensive anchor Draymond Green even pointed to their defense as “non-existent.”

It’s easy to say that Kevin Durant’s departure has stripped the Warriors of their best scorer, but Durant was more than an offensive threat for them. His length and mobility helped him to alter shots at the rim, while also allowing Green and the Warriors’ perimeter players to be more active in playing the passing lanes. Most importantly, losing their best individual defender in Andre Iguodala should really cost them a lot of games this season.

Steph Curry, the only consistent scorer for the Warriors in these three games, emphasized that his squad has some “glaring” things to fix for them to get over this hump.

"The easy answer is it's one of 82, but there is some glaring things that we need to correct if we're going to win basketball games consistently. Credit the Clippers. They came off a pretty intense, hard-fought battle in L.A. in game one, so they were battle- tested in terms of being in that situation. They started the first six minutes with that same intensity."

Furthermore, the Warriors are also just starting to build a solid chemistry among them. They have ten newcomers this season, and all of them are relatively young and unproven. They have four rookies in the roster and two of them are logging in consistent minutes. Their biggest offseason acquisition in D’Angelo Russell is coming off his first All-Star season, but he is still 23 years old with a lot more to learn and prove in the league. Klay Thompson is still recovering from an ACL injury, and there’s a slight chance that he may not even play this year.

The frank assessment for this year’s version of the Dubs is that they are not yet built for success. The only hope for them is for the 31-year old Curry to turn in an MVP-caliber year and mesh really well with Russell. Even then, there’s still a lot of teams in the stacked Western Conference that have greater depth and overall experience than them. Curry and the Warriors should still be fun to watch, but fun doesn’t always translate to winning.

Phoenix Suns sophomore center Deandre Ayton has been suspended by the NBA for 25 games without pay. According to the official statement by the league, the 21-year old big man tested positive for a diuretic, a violation in the NBA/NBPA Anti-Drug Program. Ayton expressed his deep regret on this setback, per Duane Rankin of the Arizona Republic.

"I'm just ready to explode, to be honest. I don't even know how to express it.

I want to apologize to my family, the entire Suns organization, my teammates, partners, our fans and the Phoenix community. This was an unintentional mistake and unfortunately I put something in my body that I was completely unaware of.”

Ayton had a solid season opener in a Suns’ win against the Sacramento Kings. He came up with a stellar double-double performance of 18 points, 11 rebounds and 4 blocks. The 2018 top draft pick is coming off a tremendous rookie year that saw him put up 16.3 points and 10.3 boards per contest. At this early point of his career, Ayton already packs a solid low-post play combined with an excellent touch around the rim. He also has great rebounding instincts, and if he can further improve on his ability to protect the rim, Ayton should quickly establish himself as one of the league’s top big men in the years to come.

As for his suspension, Ayton quickly emphasized that it was an “unintentional” mistake on his part and that he was not aware of it. ESPN’s Adrian Wojnarowski reported that the NBPA has already appealed to reduce Ayton’s penalty. However, Suns general manager James Jones recently told the 98.7 FM Arizona’s Sports Station’s Burns & Gambo that he is yet to receive any updates on this appeal.

“I don’t. That’s in the player’s association’s hands. We’re supporting Deandre. We’re   focused on the team continuing to focus on the next game. That’ll take care of itself.

I know he misses being out there with his teammates and whenever he comes back, we’ll be ready to re-integrate him and continue with this forward movement and momentum.”

The Suns, who are now under new head coach Monty Williams, are off to a good start after defeating the Kings and the West’s powerhouse Los Angeles Clippers. Without Ayton for a good chunk of the season, the team will pin their frontcourt success on stretch big man Frank Kaminsky and veteran bruiser Aron Baynes.

Lakers will start Rondo once he returns

Los Angeles Lakers veteran playmaker Rajon Rondo is still yet to play this season as he is recovering from a calf injury. There are notions that the point guard’s performance on both ends of the floor has declined in recent years, but the Lakers aren’t having any of those speculations. In fact, Lakers head coach Frank Vogel says that Rondo will indeed be inserted to the starting line-up once he is cleared to play, per ESPN’s Dave McMenamin.

"I've given it a lot of thought, and I think he'll be in the starting lineup a lot. I  definitely envision a lot of games where he'll be the starting point guard.

He looked really good. He looked fresher than everybody else. A little bounce in his step, which is good. But, you know, it's not how he feels today, it's how he feels after today's workload. Right? So we'll see how he responds to what he's doing today and  make that decision tomorrow."

While the 33-year old’s elite athleticism is not there anymore, Rondo is still the team’s second-best playmaker behind LeBron James. Last season, he racked up a near double-double stat line of 9.2 points and 8.0 assists per contest. His much-improved shot from three-point territory should also be essential for the team. If Rondo cuts down on his turnovers and be more inspired in playing defense as he always had during his Boston Celtics years, Rondo could establish himself as a regular starter for the Lakeshow.