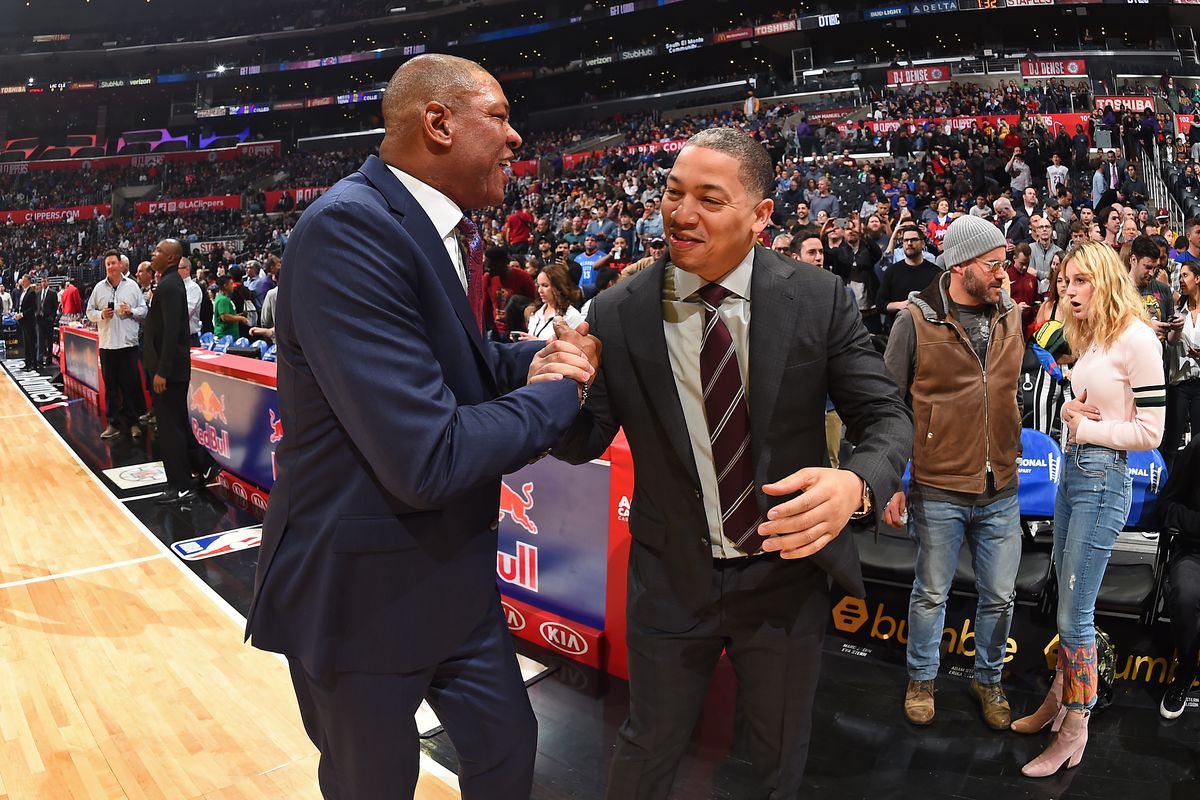 Reportedly one of the frontrunners for the head coaching job for the Los Angeles Lakers, former Cleveland Cavaliers champion tactician Tyronn Lue was on the verge of contract negotiations with the Lakers before the deal fell through and the latter appointing Frank Vogel as their top coach. But it turns out that Lue will take his coaching talents to LA after all, joining the Clippers as the top assistant coach for Doc Rivers, per Shams Charania of The Athletic.

Lue, one of the youngest coaches we have in the league, has served under Rivers before. He was an assistant coach for the Boston Celtics from 2011-2013. Rivers would then bring him to the Clippers during the 2013-14 season, where he also functioned as an assistant coach. In his four-year stint as a head coach for the Cavaliers, Lue was able to rack up a winning coaching record of 128 wins against 83 defeats, including the championship win over the Golden State Warriors in 2016. It’s also interesting to note that the Rivers-Lue partnership has produced winning records in each of the season they shared coaching duties with the Celtics and the Clippers.

The 42-year old former NBA player was this close to reuniting with LeBron James in the Lakers, but conflicts between him and the front office ended contract talks. The New York Times’ Marc Stein, who was the first to report that Lue and the Clippers were discussing a deal last week, cited two main reasons for the Lakers contract negotiations fallout.

“Lue wanted a longer deal with the Lakers that extended beyond the remaining three  seasons on James’s contract, given that Lue won a championship in 2016 in his first season coaching the Cavaliers.

Lakers management’s insistence on picking the team’s assistant coaches was another factor in the collapse of Lue’s talks. Vogel and Kidd were the Lakers’ prime targets for those roles if Lue had become head coach.”

Lue, a defensive-oriented coach, will be a big boost for the championship-contending Clippers squad. It is quite a strong offseason for the ‘”other team in LA”, bagging the services of two-time Finals MVP Kawhi Leonard and trading for All-Star forward Paul George. They were able to do all these while retaining their core of Lou Williams, Patrick Beverley, Montrezl Harrell and Ivica Zubac. Lue’s valuable presence on the team should further unlock the Clippers’ high defensive potential.

Interestingly, the Lakers and the Clippers will face off to open things up for the 2019-20 season. The Lakers will be parading star combo big man Anthony Davis, with LeBron still leading the way for the purple-and-gold.

After being one of the most promising young prospects for the national team, Sacramento Kings point guard De’Aaron Fox has pulled out of the national team and his chances to make the Final 12 roster, per Brian Windhorst of the ESPN. Originally chosen to be part of the Select Team, Fox impressed head coach Gregg Popovich enough to earn a promotion and the golden opportunity to represent Team USA in the 2019 FIBA World Cup later this month.

The decision comes just hours before the group was scheduled to fly to Australia for exhibition games leading up to the FIBA World Cup in China.

Fox played a team-low six minutes in Friday night's exhibition victory over Spain in  Anaheim, California. He was a strong candidate to make the roster because he'd played so well over the past two weeks in practices and scrimmages.”

This comes at the heels of the departure of his teammate, Marvin Bagley III, owing to reasons of preparing for the upcoming NBA season. The American national team has been losing star power here and there, including quality role players like P.J. Tucker, who left the squad as he is nursing a minor left ankle injury.

The speedy playmaker was expected by many to make it to the final cut. He produced 12 points, 3 rebounds, 3 assists, 3 steals and 2 blocks during the team’s exhibition victory over the Select Team. With Fox out of the picture, the point guard duties will now be shared by Boston Celtics new star Kemba Walker, San Antonio Spurs young combo guard Derrick White and Utah Jazz superstar Donovan Mitchell.

It could also be noted that Windhorst hinted out on the reason of Atlanta Hawks sophomore playmaker Trae Young’s departure from the team. While Young has cited an apparent eye injury, that ultimately came after his decision to leave, owing to his declining chances of making the final cut. It seemed like White, Popovich’s point guard at San Antonio, was looked upon as the backup point guard for the squad. That fact could be the reason why Young left, and can also be Fox’s thinking upon parting with the team.

In preparing for his upcoming campaign with the Kings, Fox is reportedly putting on some gains, according to a report by Jason Jones of The Athletic.

Meanwhile, the USA Basketball Team has been showing progress so far. They made people nervous when reports came out that they lost 36-17 during a scrimmage against a team of G-League standouts, the Americans have won their tune-up games against the Spain and recently, the Australian national team.

While playing and working out in Las Vegas, Los Angeles Lakers newly-acquired big man DeMarcus Cousins has sustained a Torn ACL injury, forcing him to possibly miss the entire season. ESPN’s Adrian Wojnarowski has the report on this unfortunate development at the Lakers camp.

There is no timeline for surgery.

Cousins' visit to team physicians in Los Angeles on Thursday confirmed the    diagnosis, which constitutes a third serious leg injury in the past year and a half.”

It is a devastating blow for the All-Star big man, another major injury for him to recover of after sustaining a Torn Achilles injury with the New Orleans Pelicans and a torn quad injury with the Golden State Warriors. Cousins signed a one-year, $3.5 million deal with the Lakers this summer, hoping to bring his effective partnership with Anthony Davis at LA.