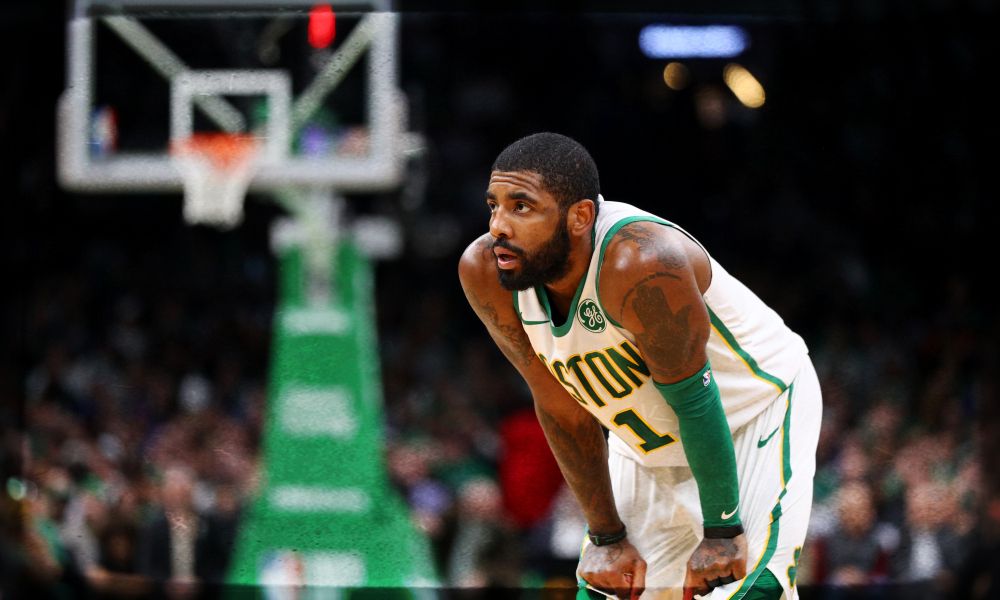 NBA Weekly Wrap: Mayhem in Lakers Land and The Sudden Uncertainty of Kyrie’s Future in Boston

Rome wasn’t built in one day, and starting up another Lakers dynasty won’t be that easy for Magic Johnson and the rest of his front office. After successive failures in landing New Orleans Pelicans superstar Anthony Davis through a trade, numerous reports surfaced online about an apparent confrontation between the ‘Lakers veteran players’ and head coach Luke Walton after a disappointing loss to the Golden State Warriors.

ESPN’s Dave McMenamin wrote about this heated situation and how the moment escalated in the locker room.

“Sources told ESPN that Walton criticized veterans for contributing to the Lakers' downfall by not playing a team game and making poor decisions in crunch time. Michael Beasley and JaVale McGee, in particular, took exception with the          feedback.”

McMenamin also reported that Walton was countered by Beasley and McGee about some inconsistencies in his game rotations this season. The Warriors won the game with a 115-101 outcome, but it was a tightly-contested game throughout, with the Lakers still leading by eight points entering the midway point of the third quarter.

On the positive side, Lakers fans shouldn’t be much worried if this confrontation turned to a physical altercation as Marc Spears of The Undefeated stated that a Lakers player told him that nothing serious really happened.

This locker room drama is a culmination of a horror week for the Lakers. It is no secret that Anthony Davis wants to play in Los Angeles, but the Pelicans front office has been turning down every trade offer from the Lakers. On top of that, they have also fallen down to the 10th spot in the Western Conference, trailing the 9th-ranked Sacramento Kings and the 8th-ranked Los Angeles Clippers.

Carmelo finally gets waived by Chicago

After holding on to Carmelo Anthony in hopes to use him as a trade bait, the Chicago Bulls have finally waived the 10-time All-Star, making him a free agent this season. K.C. Johnson of the Chicago Tribune tweeted out this interesting development from the Bulls camp.

The Bulls acquired Anthony in a January 22 trade with the Houston Rockets, but the veteran All-Star did not play a single minute in Chicago. Anthony was supposed to be the third All-Star behind the Rockets’ duo of Chris Paul and James Harden, but he never quite fit in with head coach Mike D’Antoni’s system in his 10-game stint in Houston.

With this development, ESPN’s Adrian Wojnarowski reports that the Los Angeles Lakers still remain interested in potentially signing Carmelo in time for their push for a playoff spot.

“The move is part of the franchise’s original plan with Anthony, which will allow him to now monitor the post-trade deadline roster flux to find his next destination.

The Lakers remain a possibility to sign Anthony, but that wouldn’t happen until the  Lakers use their current roster to exhaust trade deadline efforts to acquire New   Orleans star Anthony Davis. The Lakers would need to create an open roster spot to sign Anthony, who is a favorite of LeBron James.”

Carmelo is a long-time close friend of LeBron, and the Lakers organization will obviously do whatever needed to please James at this point. So far, they are failing on this goal as reports have it that LeBron apparently wants a coaching change soon. This doesn’t really come as a surprise as Luke Walton, while he is a good coach, is still too young and inexperienced to lead a pressured Lakers team to a serious title run.

The Boston Celtics were supposed to be a powerhouse team in the Eastern Conference, but that hasn’t been the turnout in the first half of the season. Their excellent depth and talent were supposed to be their major weapons, but players seem to get lost in their roles as the team is still in search of their overall identity.

With that said, ESPN’s Ian Begley wrote about Kyrie Irving’s statement if he remains committed to the Celtics after this season.

"At the end of the day, I'm going to do what's best for my career, and that's just where  it stands. That's just where it stands," Irving said on Friday morning ahead of the    Celtics' game against the New York Knicks. "And my focus this season is winning a  championship with the Boston Celtics. Obviously, we had goals coming into the season, and the primary goal is to win a championship. So that's where my focus is."

And when he was asked specifically if his initial decision on signing with the Celtics in the offseason has changed, Kyrie only replied with a short answer of: “Ask me July 1.”

Of course, this triggers a lot of alarms around the Boston organization as their future suddenly looked bleak with the thought of Kyrie leaving this summer. The 6-foot-3 All-Star point guard is set to become an unrestricted free agent after the season, and there are rumors that he may be considering joining the New York Knicks after all.

Similar with what the Lakers, their rivals, went through this week, Boston also had their share of horror. Aside from their young players pointing out Gordon Hayward as sort of a hindrance to their development and roles, the father of Pelicans star Anthony Davis went out to tell the media that he doesn’t want his All-Star son to play for the Celtics.

ESPN’s Ramona Shelburne wrote about this development, including Anthony Davis Sr’s statement on the possibility that his son will play in Boston.

"I would never want my son to play for Boston after what they done to Isaiah Thomas. No loyalty. Guy gives his heart and soul and they traded him. This is just   my opinion, not Anthony's. I've just seen things over the years with Boston, and there's no loyalty."

Sure, the Celtics still won that Irving-Thomas trade with the Cleveland Cavaliers but the way and the timing on which they made the deal could be haunting them in their plans to acquire Davis in the summer. If Kyrie also decides to leave the green-and-white in free agency, it will be a total disappointment for Danny Ainge and the franchise.