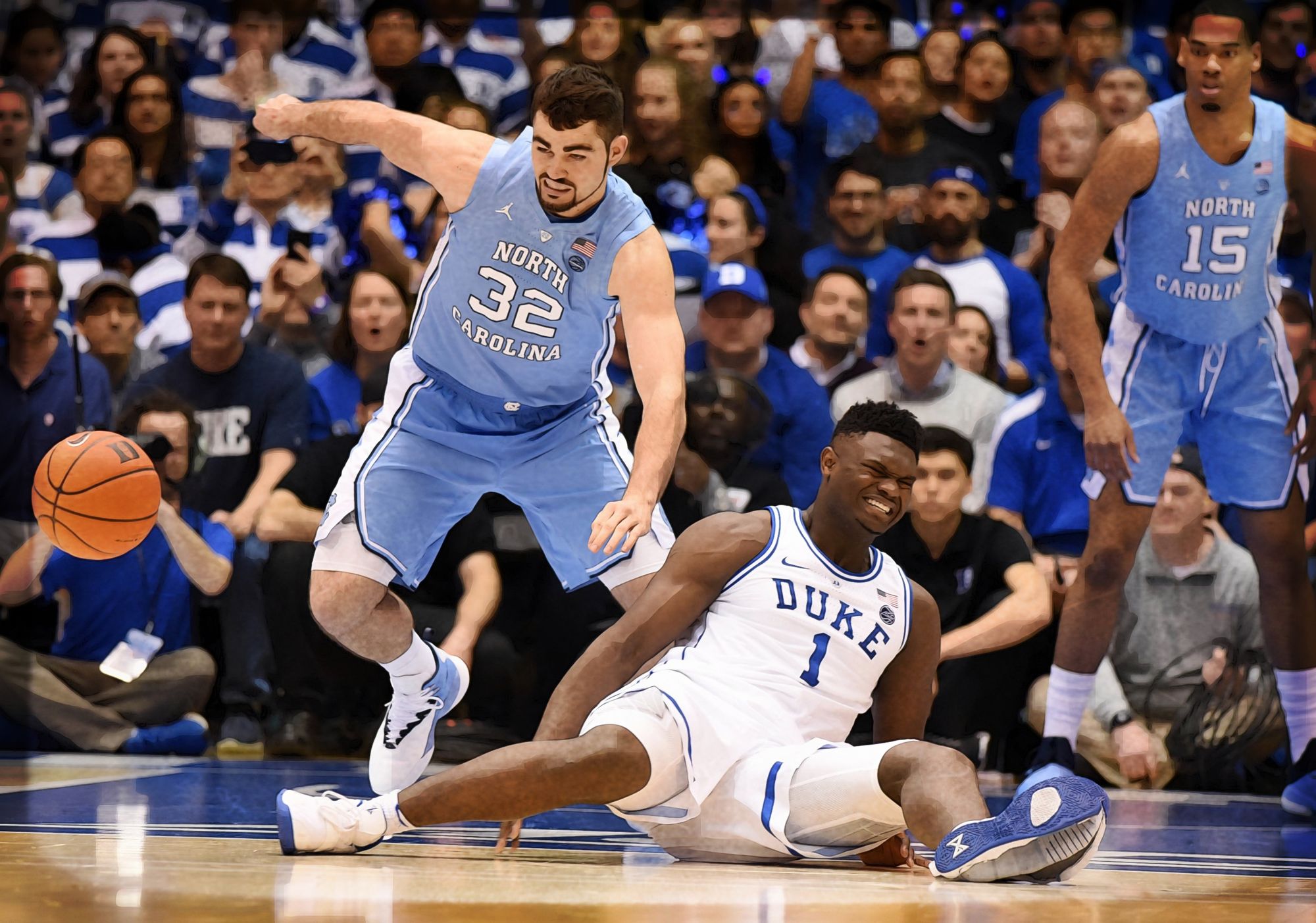 With only 23 games remaining in their season, the Los Angeles Lakers are still crawling through the tight rope and their team chemistry is in an all-time low. After sustaining a beatdown from the Anthony Davis-less New Orleans Pelicans, LeBron James had a lot to say about his teammates’ desire to compete and win, via the NBA TV.

“It’s how you approach the game every day. It’s how you think the game every day. It’s how you play the game. It’s how you prepare for the game, and that’s not even like, when you get to the arena. That’s like way before that. Is basketball, is that the most important thing while we’re doing this? Is this the most important thing in your life at this time? Are you giving it all to that game? And then if you feel like you put it all into it, then you have nothing to kind of look back on. You’re able to do other things. If you feel like you’re giving it all to the game, then you can go do other things. But if  you feel like you’re not giving as much as you can, then you can’t focus on anything else.”

James had 27 points, 12 assists, 7 rebounds and 4 steals in that deflating loss to a Pelicans team sans Davis. The Lakers’ defense has been inconsistent throughout the season, and to the younger Lakers’ defense, LeBron hasn’t been as good as he is in that end of the court. Paul Headley of The Wraparound NBA podcast cited a bewildering stat about the Lakers superstar.

“Since he returned from injury, LeBron James has been moving at the same speed on  defense as Dirk Nowitzki (3.26 mph).”

Indeed, LeBron seemed to lost a step on defense and has been largely uninterested to put in efforts on that end. His body language and reactions to teammates’ mistakes and missed shots have been obviously bad, leading us to question if his type of leadership is helping the young guns of the team.

The road will not get easy for the Lakers, either. They will face playoff-positioned teams in 16 of their next 23 games, including two match-ups against the league-leading Milwaukee Bucks, and difficult contests against the Denver Nuggets and the Golden State Warriors. At 29-31, the Lakers have dropped to 11th in the West.

In the aftermath of Duke University freshman Zion Williamson’s injury, the NBA has responded by proposing to lowering the draft eligibility age to 18 years old, making it possible for young aspiring players to skip college and jump to the pro ranks. Here’s NBA commissioner Adam Silver’s statement on this proposal, per USA TODAY’s Sam Amick.

“My personal view is that we’re ready to make that change. It won’t come       immediately,  but…when I weighed the pros and cons – (and) given that (former    Secretary of    State) Condoleezza Rice and her (NCAA) commission has recommended to the NBA that those one-and-done players now come directly into    the league and, in essence, the college community is saying ‘We do not want those players anymore,’ I mean that sort of tips the scale in my mind that we should be taking a serious look at lowering our age to 18.”

Zion injured his knee in the first possession of Duke during a nationally-televised game between them and the University of North Carolina Tar Heels. While his injury was ruled as just a minor one, it still set off shockwaves across the basketball world as pundits made it clear that the NBA should abolish their one-and-done rule and give these young athletes the money and exposure that they deserve.

Kyrie remains defiant that Celtics are unbeatable in playoffs

The Boston Celtics haven’t been as sharp coming off the All-Star break, losing to the Milwaukee Bucks and the bottom-dwelling Chicago Bulls to start their stretch run to the playoffs. Still, Kyrie Irving remains confident that the Celtics will put these losses behind them when the postseason starts on April, via Boston.com.

“You just gotta be able to adapt. In this league, the teams that adapt the quickest, or they adapt at the right time, are successful in the playoffs. We’re still waiting for that thing to click. We’ve gone on eight games, six games, four games winning   streaks and then we’ll hit a lull of three games and we’re back answering questions like this, so, it is what it is.

Like I said, I don’t get frustrated about this stuff anymore. It’s just part of the regular season. In the playoffs, when we can plan for a team, prepare for a team, I still don’t see anybody beating us in seven games.”

Irving has a lot to back-up this statement of his as he put up a team-high 37 points and 10 assists in Boston’s loss to the Bulls. They have fallen to the bottom half of the current playoff-positioned Eastern Conference teams, a mere 1.5 games behind the 4th-ranked Philadelphia 76ers. With only 22 games remaining in their schedule, the Celtics should get rid of these consecutive losses to take a homecourt advantage at least in the first round of the postseason.

Kyrie and the Celtics will take on Kawhi Leonard and the Toronto Raptors on Tuesday.

Love’s under-the-radar return to the Cavaliers

After signing a massive five-year, $113 million extension deal with the Cleveland Cavaliers last summer, All-Star forward Kevin Love hasn’t quite lived up to his salary all because he had to sit out the first half of the season with a toe injury. Love’s injury steered away any Cavs’ hopes of contending in the first year of their post-LeBron James era.

But Love has went back to work this February, playing four games and averaging a double-double in his previous two performances. He recently impressed with an outstanding production of 32 points and 12 rebounds in just 25 minutes of play during their win against the Memphis Grizzlies.

However, Cavaliers head coach Larry Drew reminded everyone that they are still taking a cautious approach on Love’s recovery and will be on minutes restriction for the games to come, per Fox Sports Ohio.

Love, 30, has arguably a few more prime years left in his career. Though he is not that young anymore, Love doesn’t really rely on his athleticism to make plays as he has an excellent perimeter game and a natural knack for getting every rebound available. While his future with the team is still up in the air, the Cavaliers’ rebuilding process could prompt both Love and the team’s front office to gauge the star big man’s value in the trade market.

Entering the stretch run to the postseason, the league-leading Milwaukee Bucks and the Golden State Warriors have maintained their place in the top spots of their respective conferences.

Giannis Antetokounmpo and the Bucks have won five consecutive contests, and 17 of their last 19 games. They have recently defeated two elite East contending teams – Boston Celtics and Indiana Pacers – and will face the uprising Sacramento Kings on Wednesday.

On the other hand, the Warriors have split their last four games, losing to the Portland Trail Blazers and the James Harden-less Houston Rockets. They will travel to Florida to face the Miami Heat on Wednesday. The defending champs started their four-game road trip with a win over the Charlotte Hornets. They have to make the most of this stretch as the 2nd-ranked Denver Nuggets are just 1.5 games behind them, and are also on a four-game winning streak.