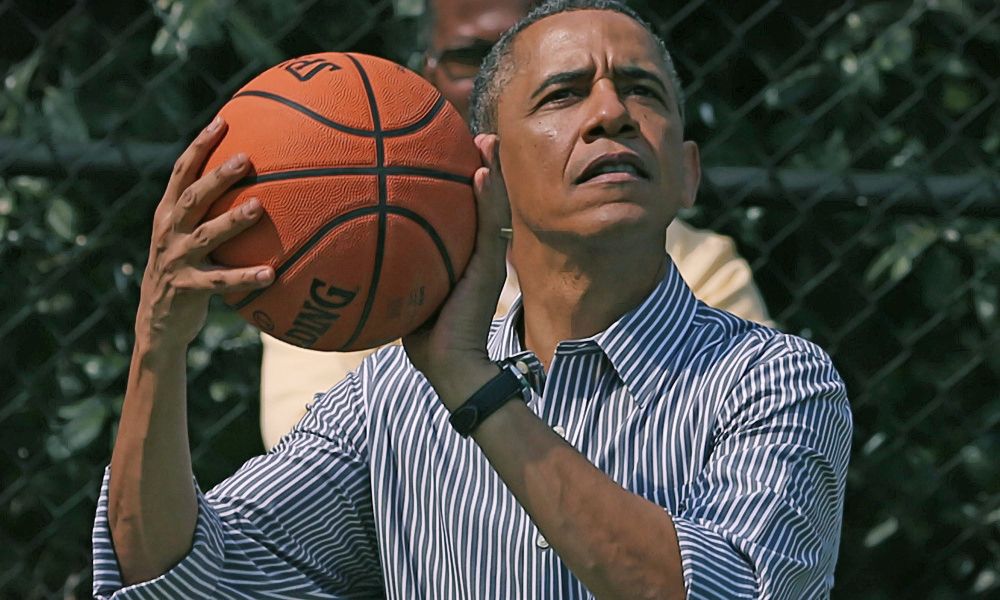 LeBron James is not just a swiss knife in the basketball court, but in the business field as well. Aside from the gigantic four-year, $154 million contract he signed with the Los Angeles Lakers this season, James also has a huge number of endorsement deals, including the massive profit he gets from having a lifetime signature shoe deal with Nike. Also, James co-owns SpringHill Entertainment, a Hollywood production company. According to Forbes, LeBron has a total estimated net worth of $450 million.

Whopping, it is. But James appears not satisfied at all as he confirms rumors that he is planning to own an NBA team in the future, per Joe Vardon of The Athletic. Here’s the future Hall of Famer’s response when asked about that rumor.

LeBron’s basketball IQ when on the court is off the charts, but it remains to be seen if he also has the knack for making the right decisions on the business side of basketball. Paul Wachter, another business adviser of LeBron, reiterated that the four-time NBA MVP also approached him with his team ownership plans.

“I have a pretty good idea of what it takes to be a great sports team owner, from    having watched the Fenway ownership group and others I know, and there is zero  doubt in my mind that LeBron will be a great owner. I would bet the ranch on that. He has all the same qualities. He’s preparing for it, he’s studying for it, he’s    watching owners in many sports, trying to learn best practices. He and Maverick  both. I promise you LeBron has no interest in being a second-tier owner.”

If that happens, LeBron will not be the first former NBA player to own a team in the league. Of course, we all know about that good former Chicago Bulls shooting guard who now owns the Charlotte Hornets.

NBA Commissioner Adam Silver did not deny reports that the NFL has approached him multiple times to offer him a commissioner position in the league. The reports say that Silver got the offer in 2017, but turned it down. Current NFL commissioner Roger Goodell signed an extension that year. Here’s Silver’s statement on the reports, via ESPN’s Senior Writer, Ramona Shelburne.

"I'll just say I have not given it any thought. I feel very fortunate to be in this position. As a longtime fan, as a longtime league employee, the opportunity to become the commissioner of this league was beyond anything I even ever dreamed of as a kid.”

"I've loved every day I've been in this job, and I think there's nothing but enormous opportunity ahead for this league. And ultimately, I realize I'm just passing through like every player who's gone through this league and ultimately like every owner, and I feel an enormous obligation to the fans and to this greater NBA family to do my best and try my hardest every day. But that's where 100 percent of my focus is."

Silver replaced former NBA commissioner David Stern in 2014, and is now on his fifth-year in the job. Ever since Silver took the position, the NBA has grown and developed a wider reach worldwide, paying more attention and providing more resources to grassroots programs in basketball-heavy continents like Africa and Asia.

However, it remains to be seen how Silver will handle the current issues inflicted by superstars wanting out of their teams even before their contracts expire. Also, statistics state that the NBA viewership ratings have gone down, and it’s interesting to see how Silver will solve this as well.

Former U.S. president and avid basketball fan Barack Obama has been tapped by the NBA to lead a new basketball league in Africa called, ‘Basketball Africa League.’ The new NBA project, which will be partnered by FIBA, Pepsi and Nike’s Jordan Brand, will have club teams from Angola, Egypt, Kenya, Morocco, Nigeria, Rwanda, Senegal, South Africa and Tunisia. Obama tweeted out about this recent exciting development.

“I’ve always loved basketball because it’s about building a team that’s equal to more  than the sum of its parts. Glad to see this expansion into Africa because for a rising continent, this can be about a lot more than what happens on the court.”

If the plans come into fruition, this will be the first time that the NBA will coordinate in a league outside the American soil. NBA Commissioner Adam Silver says that Dikembe Mutombo, an African NBA player inducted to the Naismith Basketball Hall of Fame, influenced how the league has been expanding their reach to the continent, as per The Undefeated.

“We did this because players like Dikembe pointed to the opportunity that existed,   not just in basketball, but the sports industry throughout the continent. There are a lot of young players in Africa who know about the success of Mutombo but don’t understand how to pursue those opportunities.”

The NBA, along with FIBA, announced the partnership during the recently-concluded All-Star Weekend in Charlotte. Silver also says that Obama himself told him that it his desire to be directly involved in this project. Obama has been known for being a big fan of basketball, even playing with his White House staff and chiefs in a regular basis.

The Anthony Davis circus in New Orleans has reached another level as the Pelicans front office has reportedly fired general manager Dell Demps on Friday. In place of the position vacated by Demps is former Cleveland Cavaliers and Atlanta Hawks GM Danny Ferry, who has been hired by the organization to be the interim general manager of the team. Here’s Ferry’s statement, via The Athletic.

"My focus for the rest of the season is to provide leadership to our basketball operations group and give Alvin and our players the resources and support to positively impact the culture and foundation now and moving forward.”

Ferry, who also won a championship as a player with the San Antonio Spurs in 2003, will inherit the leadership role in an organization that is obviously in shambles. The Pelicans have been circulating in social media platforms for some time now, but for the wrong reasons. Anthony Davis is the newest addition to a growing list of NBA superstars demanding trades from their current teams, forcing NBA fans to question the future of the league and their approach in controlling these situations.

As for Demps, his widely-documented stand-off with the Los Angeles Lakers on trade negotiations centering around Davis could be traced as his downfall. Though it’s not entirely his fault, the Pelicans could be desperate for a fresh start and bright new ideas in handling the AD situation, which apparently hit another low as fans are hinting that Davis could have faked an in-game injury that forced him to miss the rest of a contest against the Oklahoma City Thunder, and walk out of the locker room and the arena with his controversial agent, Rich Paul.

“I want to thank you for supporting the Pelicans during my time as general manager of the team.”

“Through the highs and the lows, your love for the team did not go unnoticed.”