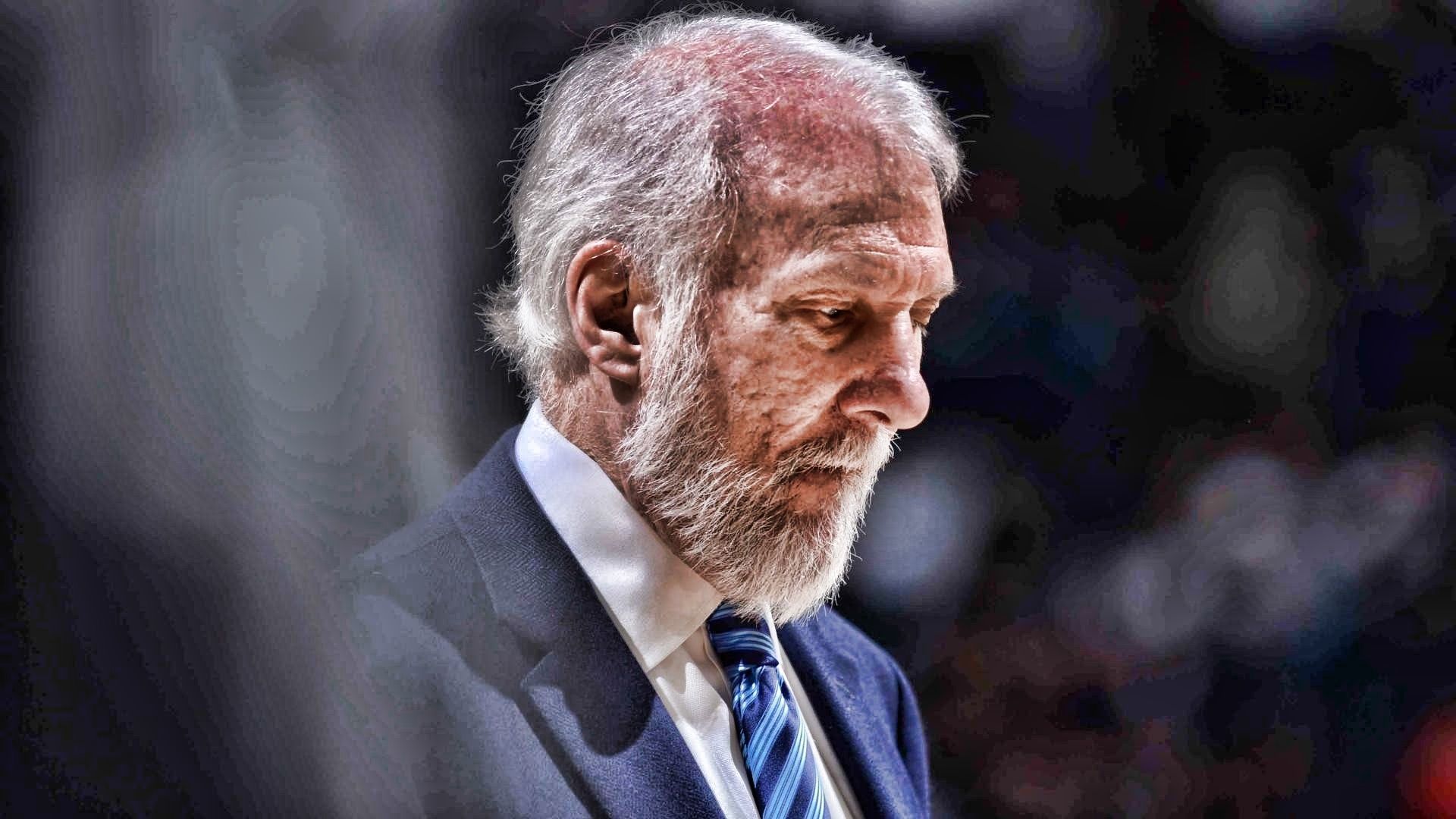 NBA Weekly Wrap: Popovich may be pondering retirement, Kyrie and his leadership mishaps, and the latest updates on LeBron’s recovery

Is it possible that San Antonio Spurs long-tenured head coach Gregg Popovich may be done coaching in the NBA next season? The 69-year old brilliant tactician gave out an unsure, vague answer when he was asked by a reporter if he will still coach the Spurs after their current campaign. Marc Stein of The New York Times wrote an article about this interesting interview.

Popovich, who turns 70 on Jan. 28, is in the last season of a five-year contract extension he signed after the Spurs won their most recent championship in 2014.

“I don’t know the answer,” Popovich said when asked about his plans for next season in an interview Wednesday night after the Spurs’ 105-101 victory over the Dallas Mavericks.

Still, we should not put too much sauce on this statement as Popovich is known to being unspecific during interviews. One thing’s for sure is that he is not done coaching just yet as he has recently replaced Duke University’s Mike Krzyzewski as the head coach of the USA Men’s Basketball Team.

If this could be the last season of Popovich in the NBA, it would be a culmination of one of the greatest coaching stint in the league. Popovich led the Spurs to five successful championship runs, and won the Coach of the Year award three times.

As if the injuries to LeBron James and Rajon Rondo are not enough, the Los Angeles Lakers lose another key cog as sophomore point guard Lonzo Ball will be sidelined for four to six weeks due to an ankle injury. Five days ago, LeBron’s agent, Rich Paul, reiterated that the superstar’s injury has a timeline of three to six weeks, even saying that James is “not on nobody else’s timeline.”

However, ESPN’s Brian Windhorst believes that the Lakers front office hasn’t been entirely honest about their recent updates on LeBron’s groin injury.

“It’s either that they were not truthful or that this injury is worse than they thought   it was.”

“But when you have the team saying one thing and you have his agent, Rich Paul,  on the record saying this is a three-to-six week injury from day one, especially in the  era right now where there is more of a demand for transparency because of the  betting on these games... this is a worrisome thing.”

LeBron injured his groin during the Lakers’ Christmas Day win over the Golden State Warriors. At 34 years old, this could be the most time that James has missed, prompting concerns that maybe Father Time has finally caught up with him.

With the injury to Ball and Rondo, the Lakers have reportedly called up point guard Alex Caruso from the G League.

Kyrie, his leadership mishap and his apology call to LeBron

The Boston Celtics’ mind-boggling and confusing dip to the middle pack of the Eastern Conference took on another subplot in the past week. After another loss that featured an angry Kyrie Irving mincing out some words to veteran All-Star Gordon Hayward, Irving would say in a post-game interview that his younger teammates don’t know what it takes to win a championship. It was a widely-documented issue that had Jaylen Brown disapproving of Kyrie’s decision to publicize the negative comments.

As another day went by, Kyrie would then retract on his comments, admitting to himself that publicizing and calling out his teammates like that isn’t what leaders are supposed to do. Apparently, it turns out that he made a phone call to LeBron to apologize for not understanding what the four-time MVP did as a leader over the course of the four years that they were on the same team with the Cleveland Cavaliers.

After the apology, Kyrie then led the Celtics to two straight wins. He posted double-digit assists in both games, including a career-high of 18 assists. Crazy as it seemed just a week ago, this could be the turning point that the Celtics desperately need at this crucial point of the season.

Amidst the excitement over DeMarcus Cousins’ debut, the Golden State Warriors have coasted to the top of the Western Conference, besting the Denver Nuggets with a half-game advantage. The hot-shooting Warriors are now on a seven-game winning streak, including nine of their previous ten games. The embarrassing Christmas Day loss that they sustained in the hands of the Los Angeles Lakers obviously served as a wake-up call for the defending champs. They have lost only two games since that Lakers game – a one-point overtime defeat against the Portland Trail Blazers and another one-point loss against the Houston Rockets.

One of the key factors of this Warriors’ streak is the return of Draymond Green’s overall efficiency and impact on the floor. After a bunch of games where he looked lost on both offense and defense, Green has suddenly put on his All-Star form, anchoring the Warriors defense while being excellent in facilitating the team’s deadly offense. The Warriors don’t seem to have any problems in integrating Cousins on offense, but it remains to be seen how the relationship will turn out in the long run.

The NBA has released the third fan voting returns for the 2019 All-Star Game, which will be held in Charlotte. Milwaukee’s Giannis Antetokounmpo, Toronto’s Kawhi Leonard and Joel Embiid of Philadelphia still make up the frontcourt starting unit of the East. Boston’s Kyrie Irving and Miami’s Dwyane Wade are the leading backcourt players for the conference. On the Western Conference, LeBron James of the Los Angeles Lakers, Dallas’ Luka Doncic and Oklahoma City’s Paul George lead the frontcourt, while Golden State’s Stephen Curry and Minnesota’s Derrick Rose comprise the backcourt unit.

Though these players lead the fan voting returns, there’s still no assurance that they will make it to the All-Star team. Fan voting only accounts to 50% of the overall votes, while the NBA players and the media comprise 25% each. With that said, it’s unlikely that Wade, Doncic, and Rose will make it to the starting lineup given how many players are ahead of them in terms of overall stats.