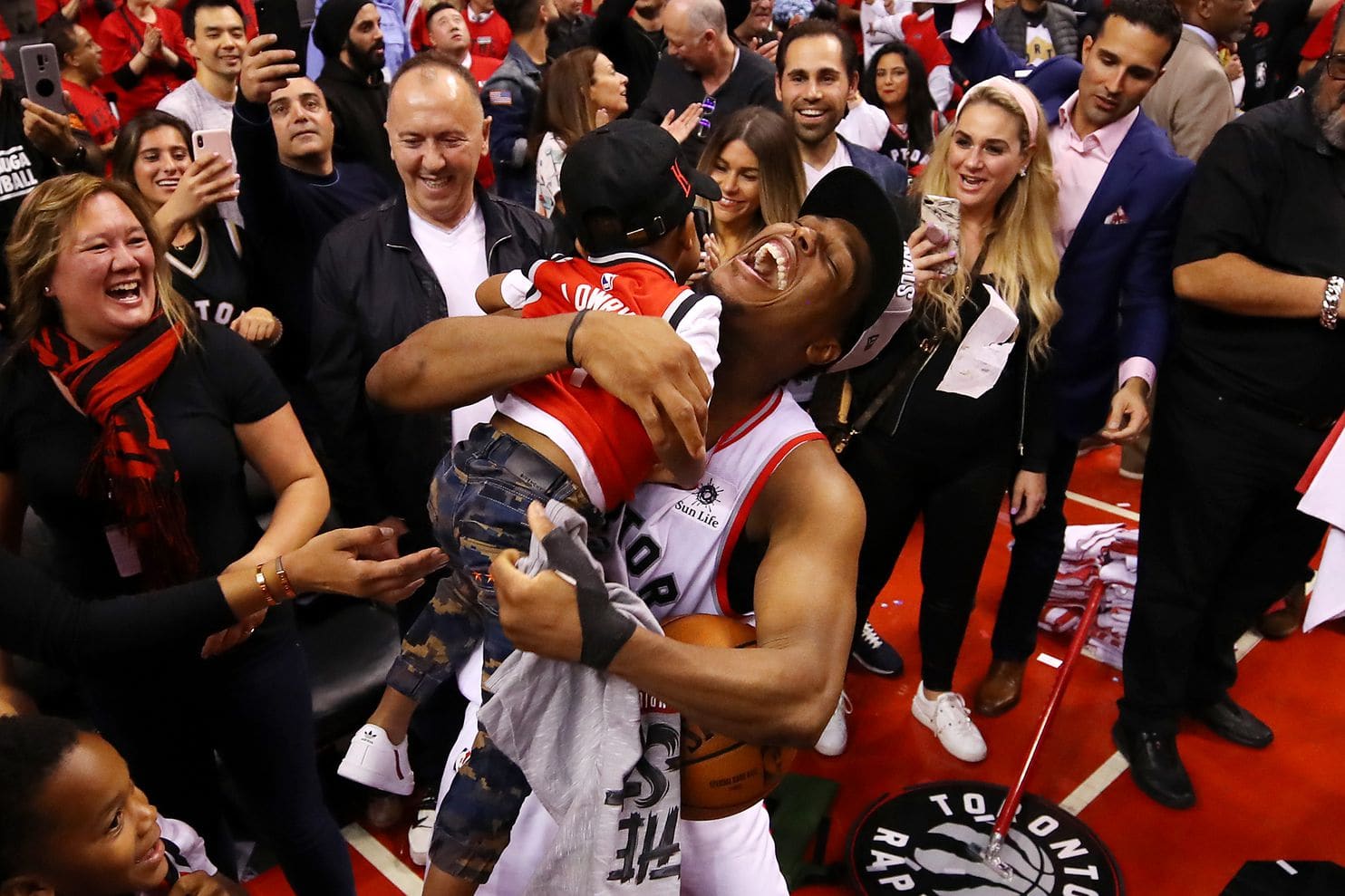 Vince Carter. Tracy McGrady. Chris Bosh. Most recently, DeMar DeRozan. We would have put Kyle Lowry in there, but the long-tenured Raps point guard will finally play in basketball’s grandest stage. Those first four names mentioned above are the stars who have done tremendous jobs in putting Toronto on the NBA map, but failed to steer the franchise to a championship run. Then enter last year’s offseason when general manager Masai Ujiri pulled off a stunning deal that sent DeRozan and young center Jakob Poetl to San Antonio in exchange for then disgruntled star Kawhi Leonard and veteran gunner Danny Green. And as they usually say – the rest is history.

The Raptors, behind the postseason heroics of Kawhi and the emergence of his supporting cast late in the Conference Finals match-up against the Milwaukee Bucks, are now moving on to the championship round where they face five-straight finalists Golden State Warriors. With his stellar performance this playoffs, Kawhi has established himself as a top-tier player in the ranks of LeBron James and Kevin Durant. The Klaw is posting impressive numbers of 31.2 points, 8.8 rebounds, 3.8 assists and 1.6 steals per game in the Raptors’ successful run to the NBA Finals.

It wasn’t just long ago that the Raptors lost Game 2 against the Bucks in a very embarrassing fashion. The Bucks beat them by 22 points, and took a commanding 2-0 lead in the series. Almost everyone thought that the Raptors are headed for an earlier vacation, and the Ujiri gamble on Kawhi will be nothing more than another failure for the franchise. But the Raptors didn’t put their head down and found the right combinations to counter the Bucks. Toronto’s first-year head coach Nick Nurse emphasizes how his players put in the effort to match up with the physicality of Milwaukee after being handed a beatdown in Game 2, per Jeff Zillgitt of USA TODAY.

The Raptors did just that. Bucks superstar forward Giannis Antetokounmpo found it more difficult to get his rhythm going as the Raptors clamped down on him with constant double-teaming. Aside from that, Toronto’s supporting cast finally came alive with Fred VanVleet, Norman Powell and Serge Ibaka putting in superb contributions off the bench. But Nurse also points out Lowry’s leadership, along with his all-around production in every game of the series against Milwaukee, as being instrumental to the team’s success, per John Schuhmann of NBA.com.

"His natural instincts are to be a leader out there, and he shows it. He does it with his IQ and his great knowledge of the game. He shows it with tremendous toughness as well. That's his other natural characteristic. He's blocking out guys twice his size. He's taking charges every game. He's just going to fight to win. He's a hell of a competitor, and that rubs off on guys."

Now on the verge of capturing a Larry O’Brien trophy, look for Lowry and the championship-hungry Raptors to issue a tremendous challenge to the Stephen Curry and the rest of the defending champs.

For the first time in the five consecutive years that they have reached the Finals, the Golden State Warriors won’t have to face LeBron James, whom they have denied of multiple championships by beating the Cleveland Cavaliers thrice in the last four years. Of course, this was inevitable as James is now in the Western Conference with the Los Angeles Lakers, but it still feels surreal that that we won’t be witnessing James try to solve the Warriors puzzle again this year.

But of course, the spotlight should be shone on how the Warriors have beaten all odds to still come out on top of the Western Conference despite losing stars Kevin Durant and DeMarcus Cousins to injuries. Curry averaged 36.5 points in the four-game sweeping of Damian Lillard and the Portland Trail Blazers, and scored all of his 33 points in the second half of the series-clincher against the Houston Rockets. All-Star forward Draymond Green has put up two consecutive triple-double stat lines in Games 3 and 4 of the WCF, while Andre Iguodala and Klay Thompson are doing their usual effective roles.

Warriors head coach Steve Kerr emphasizes just how much his squad wants to win despite already being the league’s most successful team of this decade, per Brian Windhorst of ESPN.

"I just can't say enough about the competitive desire about the group of players that  we have here and the culture that they have built together. Being without Kevin these last five games has put us in a really tough spot, and our guys stepped up in a  big way."

The Warriors could have made a lot of excuses with their numerous injuries this season, as well as the distractions caused by the impending free agency of Durant and Thompson. But the defending champs buckled in, put in the work, and have now found themselves competing for another championship trophy to add to their growing collection.

It’s no secret that the Rockets top brass aren’t satisfied with settling for a second-round finish in the playoffs. Their goal in the past couple of years is to overtake the Warriors to the top of the Western Conference, but the team has failed to accomplish that so far. Their semi-final loss to the Dubs came in a painful way as they were not able to take advantage of a banged-up Warriors team playing without Durant and Cousins.

“Jeff Bzdelik, the Rockets associate head coach who guided the defensive         improvement last season, was let go today, a person with knowledge of the decision said.”

Bzdelik has been a key cog of the Rockets’ much-improved defense in the previous seasons, so this comes as a surprise for Rockets fans. But the circus didn’t stop there as Shams Charania of The Athletic also reported another ouster within the Rockets coaching staff.

There’s more. The Rockets also fired assistant coaches Roy Rogers and Mitch Vanya, and video coordinator John Cho, while Yahoo Sports’ Jack Baer reported that assistant coaches Brett Gunning and John Lucas are the ones possibly staying with the team. There’s no telling what the Rockets front office are planning in the long run, but Marc Stein of The New York Times speculated that these power moves could mean more than it literally shows.

“New owner Tilman Fertitta told @Jonathan_Feigen earlier this month he intends to keep Mike D'Antoni as Houston's coach, but the flurry of changes imposed on D'Antoni's staff has some in the coaching community wondering if the Rockets are trying to nudge D'Antoni toward the exit.”

There are also recent reports that mention star point guard Chris Paul questioning the offensive distribution of D’Antoni’s system. With the Houston top brass deciding to let go of D’Antoni trusted assistants, it might not come as a surprise anymore if we see the Rockets start the next season with a new head coach.