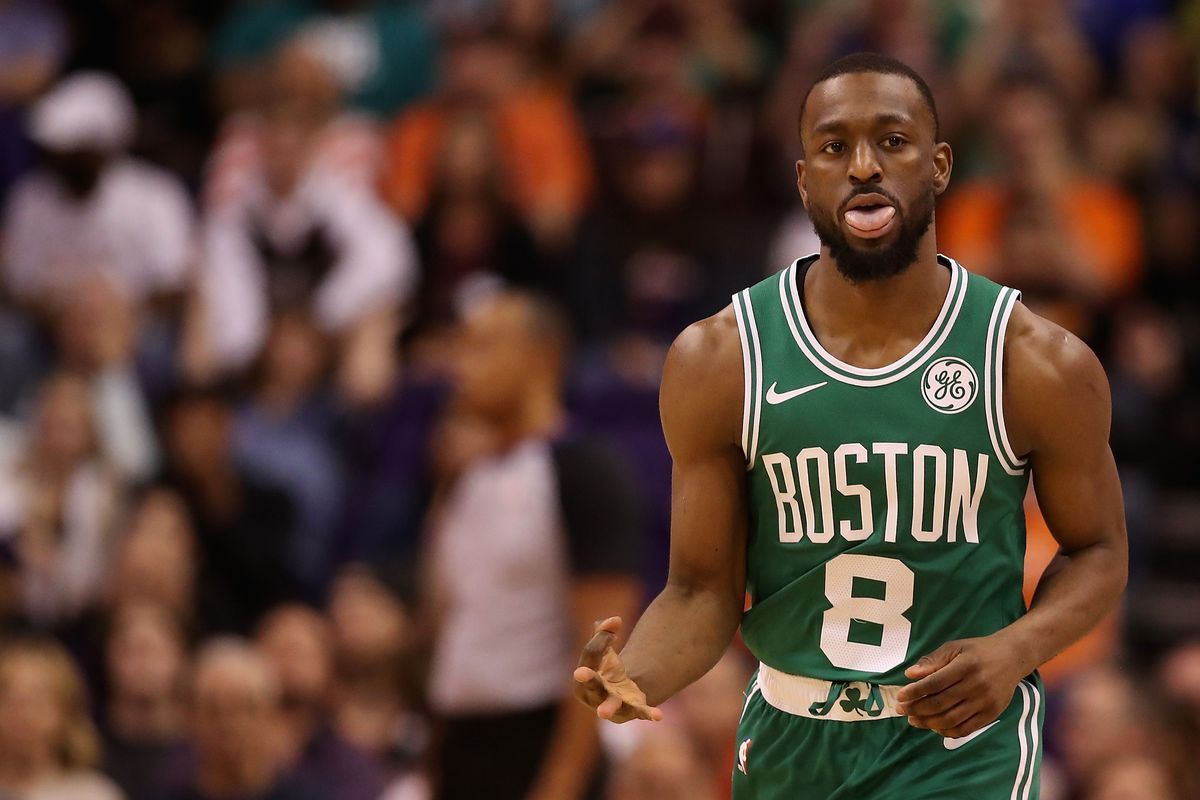 The Celtics’ eight-game winning streak was marred by an unfortunate Gordon Hayward injury, but that should not take away the fact that the green-and-white is again lording it over the Eastern Conference. It’s such a shame for Hayward to go down like this, especially with how he is again performing at All-Star level. He will just miss a few weeks after undergoing the surgery to fix his fractured left hand, and it’s almost certain that Hayward will come back stronger than ever.

Despite that Hayward setback, the Celtics still managed to win without their veteran stat-stuffing leader. Hayward only played 15 minutes before he got injured in that game against the San Antonio Spurs, but Boston was still able to hack out a 20-point victory against the Gregg Popovich-led team. Then they followed it up by beating the impressive Luka Doncic and the Dallas Mavericks.

Sure, they lost to the Philadelphia 76ers during the season opener. But the Celtics have also defeated perennial East contenders like the Toronto Raptors and the Milwaukee Bucks. We expected them to be good this season, but we didn’t anticipate that they would be able to smoothly transition Kemba Walker to the system this early. Kemba is already posting 24.5 points, just a shade below his career-high 25.6 last season for the Hornets. On top of that, he is grabbing 5.1 boards (a career-high) and dishing out 4.5 assists per contest.

Furthermore, Jayson Tatum and Jaylen Brown are performing better this season and are arguably matching the high expectations people placed on them. Tatum has not only upped his scoring (21.3) and rebounding (7.6), but his three-point shooting has been stellar as well. He is hoisting more shots from beyond the arc, and is doing it very efficiently with a 44% clip. As for Brown’s case, his long-range shooting may be suffering a bit but he is still scoring at will. He is consistently getting to the free throw line, and has filled in quite nicely for the scoring void that Hayward left. Brown put up 30 points in the Spurs game, and followed it up with a 25-point night against the Mavericks.

Marcus Smart, the Celtics’ resident defensive stalwart, has been anchoring the team’s defensive schemes. They are holding opponents to 103.8 points per game, good for the top spot in the league. During their recent win over the Mavs, Smart was even tasked to defend the much taller big man Kristaps Porzingis. Porzingis only came up with 4 points and made only one of his 11 shots. When asked how he felt on being assigned to defend big men like Porzingis, the 6-foot-4 Smart answered with pride, per Taylor Snow of Celtics.com.

“I love it. It’s a challenge that I love every single time I get the call. I pride myself on the defensive end. That’s where I earn my keep. So when I’m matched up against those guys, I never think it’s a disadvantage for me. I think it’s an advantage for me on both ends.”

This week, the Celtics should further improve on their league-best record. They will face cellar-dwellers Washington Wizards, the star-less Golden State Warriors and the depleted Sacramento Kings. Although they have a difficult tail-end part of their five-game road trip as they go up against the Phoenix Suns, the Los Angeles Clippers and the Denver Nuggets.

The Knicks have found themselves in a deeper hole this season. That is to emphasize how they have been hitting a new low, and how they have become a resident laughingstock of the NBA. They have lost eight of their first 10 games, capped by an embarrassing 21-point loss at the hands of the Cleveland Cavaliers. Obviously, the veteran signing movement they did last offseason is not working well and head coach David Fizdale may just become the scapegoat for that terrible miscue.

ESPN’s Adrian Wojnarowski and Malika Andrews recently reported that the Knicks management is already inclined on stripping Fizdale of his position. Knicks team president Steve Mills told the media that he and team general manager Scott Perry are disappointed with how the squad is failing to meet their expectations.

"Scott and I are not happy with where we are right now. We think the team is not  performing to the level that we anticipated or we expected to perform at, and that's something that we think we collectively have to do a better job of delivering the product on the floor..."

This is Fizdale’s second year with in New York. We knew right from the get-go that they will be bad this season, leading to the confusion on why the Knicks front office are pointing the blame on Fizdale. Marcus Morris, the Knicks’ newly-acquired vet forward, says that the problem is not on the coaching part of the game, as per SNY.

“At the end of the day, f–k the x’s and o’s. We [players] have to come out and we have to be better. That’s just what it is…we know what we need to do, we know we need to be better.”

The bottomline is that this roster is not built for contention. Sure, you acquired a tough-minded veteran in Taj Gibson and a budding yet unproven star in Julius Randle. But they still don’t have the stars to compete with superstar-laden teams, not to mention that this roster still needs more time to get acquainted with each other and build some chemistry. Obviously, they could have gotten more out of trading away Porzingis to the Mavericks last season but they cannot afford to get caught up with that.

Yes, Fizdale may not be getting the best out of this roster but he is no Gregg Popovich. Several top-tier players in the league, among them Kevin Durant, have said that the Knicks are no longer a preferred destination for free agents because of the James Dolan-led issues. Dolan, the Knicks team owner, has seen his share of off-court issues and antics over the years. There’s too much negativity going on within the organization, and I believe that coaching is at the bottom part of that priority list.

With the arrival of Mike Conley and Bojan Bogdanovic to bolster their offense, the Jazz were predicted by experts to be at the top half of the Western Conference. Donovan Mitchell is quickly evolving into a superstar, while Rudy Gobert just bagged the Defensive Player of the Year award.

But after starting the season with a strong 4-1 record, the Jazz would then lose two consecutive games. The biggest problem was Conley’s dipping performance as he is putting up single-digit points and an inefficient assist-turnover ratio. Conley was supposed to be the steadying presence for the team, but it was obvious early on that he is still getting his feet wet in acclimating himself to Utah’s system on both offense and defense.

But the Jazz are surging yet again. They are winners of three straight games, with big victories over the Bucks and the Sixers. Conley did a bit of everything with 15 points, 6 rebounds, 2 assists and 2 steals in the win over Philly then followed it up with a 20-point outing against the Bucks. Conley, who produced 22 points and 7 assists, also starred alongside Mitchell and Gobert in the lopsided win over the helpless Warriors.

Also worth taking a perspective is the pairing of Conley and Gobert. They are slowly playing to each other strengths, particularly in how they are executing at the pick-and-roll offense. The win against the Warriors saw Gobert amass a season-high 25 points, while Conley’s seven assists was his second-highest passing output of the year. Conley expressed his satisfaction in seeing his partnership with Gobert grow, per Ben Anderson of the KSL Sports.

“Just the spacing and the timing and the rhythm is coming together. The more and more I play the easier it’s starting to get. We were working today, and it was fun to see us start to have some good plays at the end of it.”

On top of that, Utah is also getting consistent excellent games from Mitchell and Bogdanovic. This team still has plenty of room to grown in terms of their cohesiveness and chemistry, making them a scary team to face in the playoffs. The Jazz will face Kyrie Irving and the Brooklyn Nets on Tuesday, and then pay a visit to Ja Morant and the Memphis Grizzlies on Friday.