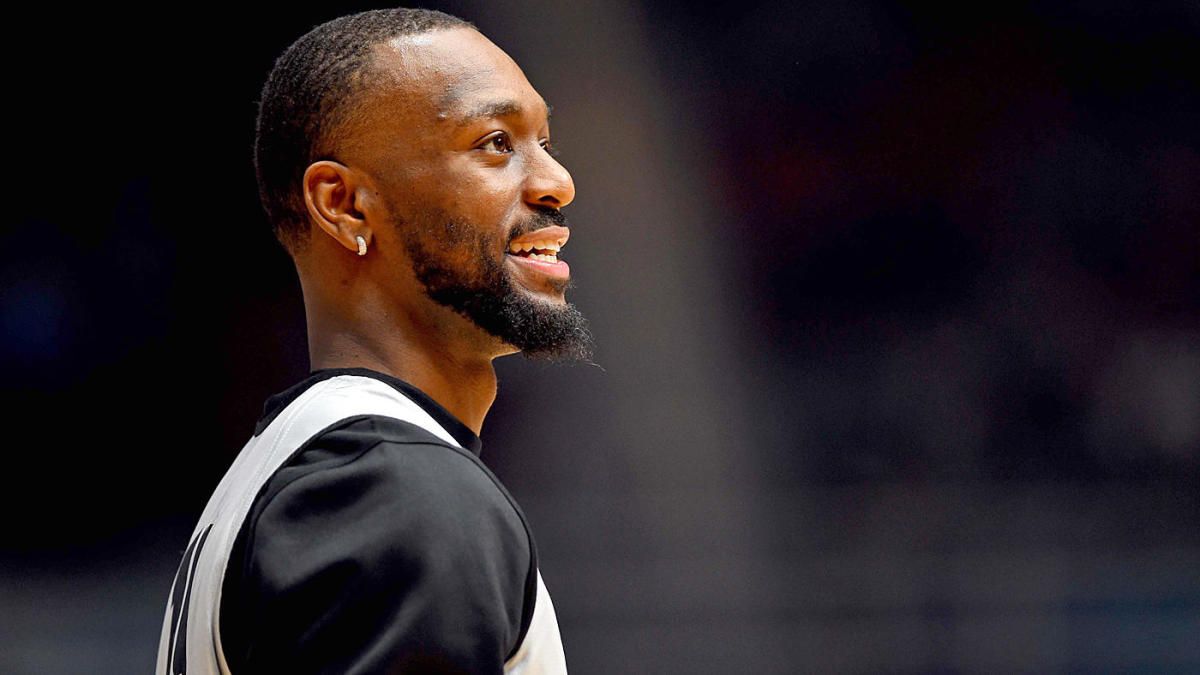 The American basketball national team may have run out of top-tier superstars to field in this year, but there is still one star who has agreed to lay his body on the line to serve the country. Kemba Walker, the newly-acquired Boston Celtics All-Star point guard, is now making his name in the international stage. He has been on a number of Select Teams, but this is the first time that the 6-foot-1 scoring guard was chosen to be on the final roster of the national squad.

Walker sat down with Brian Windhorst of the ESPN and expressed his joy at witnessing how his game has translated to his selection to Team USA and garnering a lot of respect from opponents across the world.

"This is something I've been looking forward to being a part of for a long time. It's special to be a part of this team. I've been a part of USA Basketball for years, I was on a couple Select Teams where I didn't get this far. I appreciate it.

It's always good to have respect from opposing teams, especially in FIBA basketball. I'm just a kid from New York, from the Bronx. It's a great feeling to have fans all around the world for me."

Walker, 29, has always been overlooked throughout his eight-year career with the Charlotte Hornets. A three-time All-Star, the recent season marked the first time that he started in the All-Star game. He also put in his most productive season, racking up career-highs of 25.6 points and 4.4 boards, on top of 5.9 assists and 1.2 steals per game. His inclusion in the All-NBA team earned him the right to demand a supermax contract during his free agency this summer. When Kyrie Irving made it clear that he wanted out of Boston, the Celtics obliged and then acquired the services of Walker.

But instead of taking a vacation and focusing his sights on preparing for his first get-go with the Celtics, Walker took head of the call of the country and joined Team USA. When superstars like Houston Rockets guard James Harden, Los Angeles Lakers big man Anthony Davis and Portland Trail Blazers’ star backcourt duo of Damian Lillard and CJ McCollum withdrew from the national team, Kemba took it as a golden opportunity for new guys like him to finally shine in the international stage.

"This is like a once-in-a-lifetime opportunity for a lot of us. I think a lot of us are happy those guys pulled out because this is our chance.

It's our chance to get on the big stage and showcase our talent. A chance for us to do something new. It'll be a new-look team. Everybody is kind of doubting us, but I think we're hungry."

Interestingly, Walker is actually not abandoning his NBA team duties while gutting it out with the national squad. Three of his Celtics teammates – Jayson Tatum, Jaylen Brown and Marcus Smart – are also on the team. This learning experience with Team USA should be a source of motivation for the Celtics moving forward. Despite being a powerhouse team in the Eastern Conference last year, a dysfunctional team chemistry limited their performance and ultimately caused them to bow out of the East Semi-finals.

Most importantly, they have the opportunity to prove that the superstar-less Americans are still dominate the world. The Americans have taken care of their first two assignments of the group stage at 2019 FIBA World Cup. They dominated the Tomas Satoransky-led Czech Republic by a wide margin of 88-67. Walker had 13 points and 4 assists in the win, while Tatum contributed a little of everything by putting up 10 points, 4 boards and 2 dishes.

The squad’s game against Turkey was a different animal. The Americans were already on the verge of being upset, but four straight missed free throws from Turkey led to two made ones from Khris Middleton, giving Team USA a very precarious 93-92 victory. Walker again produced 14 points, but he also grabbed 6 boards and dished out 7 assists. Tatum, who had a double-double performance of 11 points and 11 rebounds, was taken out during that last possession after sustaining an ankle injury right after he passed the ball to Middleton.

It was indeed a game that exposed Team USA’s weaknesses, but it also showed that these mix of young players and quality veterans won’t just wilt under the pressure of a very close game. Despite the tough, exhausting win, Kemba expressed his excitement in being a part of that match, per ESPN’s Brian Windhorst.

"That was an incredible game to be a part of. At the same time, there is so much room  for improvement. We have a bunch of young guys, we're a new team, we're still learning. We're still learning each other. But I think tonight, that win, it's going to help us, you know, take this team to another level."

With the two important wins, Walker and the rest of Team USA will now barge on to the second round. They still have one group game against the Japanese, another chance for them to build up on their chemistry.

Timberwolves president calls out Wiggins to step up

When he was drafted with the top selection during the 2014 NBA Draft, Andrew Wiggins was expected to be way more than just the scorer that he is right now. Projected to be a two-way superstar that could even reach the ranks of Kawhi Leonard and Paul George, Wiggins hasn’t shown much improvement in his five-year stint with the Minnesota Timberwolves. To make matters worse, his aggressiveness and passion for winning are often questioned.

However, Wolves new team president Gersson Rosas still believes that Wiggins could be the answer to most of their problems moving forward. Rosas knows the potential that Wiggins has and calls him out to take the leap now, per Chris Hine of the Star Tribune.

“Andrew in particular with his talent and physical abilities, the potential he’s shows,  we’ve got to get that on a more consistent basis. He’s focused on it as well. In order for us to have the success we want to have, he’s got to be a main contributor. He understands that, we understand that.”

Rosas also bares the fact that during this summer, Wiggins has worked harder than any of the previous offseason preparations he had in his career.

“To be fair to him, he needs some continuity in terms of coaching, philosophy, strategy and style of play. We think he’s going to be one of the better beneficiaries of this style of play. His physical tools, talent and skill. We do feel there’s a lot of upside for him. He’s worked very hard this summer. He’s been committed to everything that we’ve done.”

Wiggins, 23, actually had a decent 2018-19 season. He put up 18.1 points, 4.8 rebounds and 2.5 assists per contest for the Timberwolves. But high expectations were placed on him when he signed a massive five-year, $147 in 2017. It was indeed a very lucrative contract, and it came on the heels of the 2016-17 season that saw Wiggins average a career-best 23.6 points. Since then, the 6-foot-8 swingman has declined in his production and efficiency.

One could say that this should be a make-or-break season for Wiggins. The Wolves selected Jarrett Culver in the recent draft, a young gun who plays the same position that Wiggins fulfills. Sophomore defensive ace Josh Okogie also had an impressive rookie year, and it’s only a matter of time before he finally blooms on the offensive end. If Wiggins doesn’t take the leap this year, we might hear the Wolves front office becoming aggressive in moving him to another team.

New York Knicks prized rookie RJ Barrett has agreed with Puma on a muti-year contract deal. ESPN’s Nick DePaula was the first to report on this partnership. Barrett, the teammate of top overall pick Zion Williamson with the Duke University, is expected to become the cornerstone of the Knicks for the years to come. Barrett says that it was a decision that he took some time on, and that Nike and Adidas also offered him deals.

Adam Petrick, the global director of brand and marketing in Puma, emphasized how excited the company is in partnering with Barrett and that they do believe that the 6-foot-7 lefty scorer will have a great 2019-20 season.

"RJ's excited for the opportunity to have a prominent profile with a major brand. It's very unique. Of all the top brands, it's hard for a young guy to craft a lot of visibility early in their career. Puma has committed to him at that level, and it's very exciting.

When it came time to sit down with RJ, it was about ensuring that he has a big    splash this year, knowing that we're serious about activating him, using him in photo   shoots and making him the face of the brand and certain products."

Barrett will join a Knicks squad desperately hoping for more wins. They have missed out on signing superstars in free agency, but the team made some strides by acquiring quality veterans to help build a winning culture in the organization.