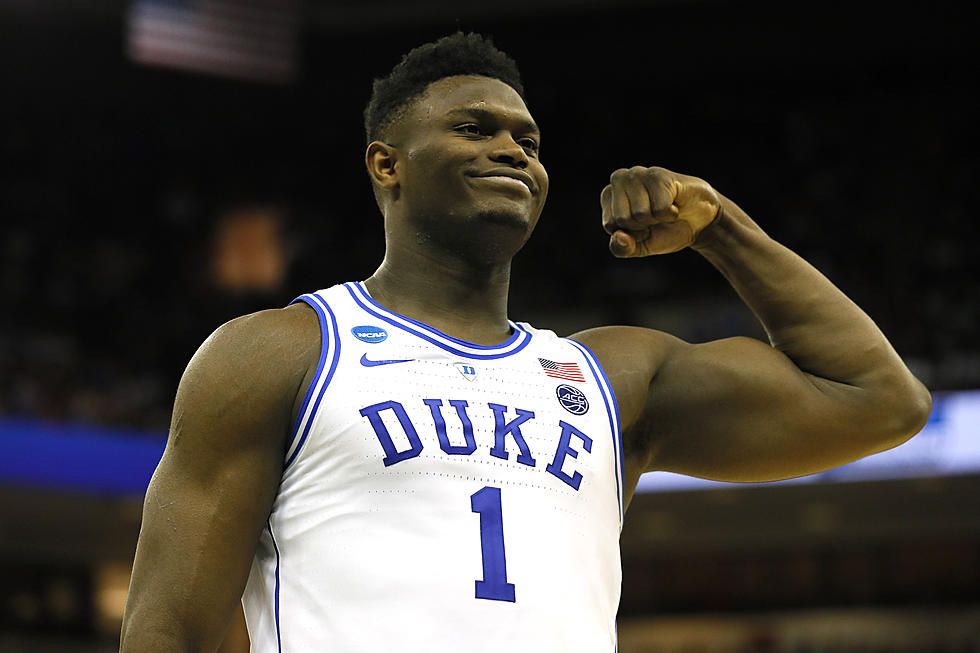 Zion Williamson, the top prospect in this year’s draft, has chosen the Creative Artists Agency to work as his agent moving forward. ESPN’s Adrian Wojnarowski reported about this interesting development for the Duke standout.

“Duke's Zion Williamson -- one of the most anticipated NBA draft prospects in a   generation -- has signed with CAA Sports, the agency announced Thursday.

Among the reported agencies with the opportunity to sign Zion were Klutch Sports Agency, the same agency that has LeBron James and Anthony Davis as clients, and Roc Nation. However, Joe Vardon of The Athletic squashed any rumors that Zion has spurned Klutch Sports, saying that there was never any ‘formal recruitment’ between the two sides.

“One more item on Zion Williamson choosing CAA as representation. Suggesting he chose the agency ‘over’ Klutch Sports and Rich Paul is a stretch. They never met nor was there a formal recruitment of Zion, per sources.”

The failure from both camps to start initial negotiations could be pointed to the fact that Davis reportedly still adamant in his desire to be traded from the New Orleans Pelicans. The Pelicans sent shock waves across the basketball world when they won the draft lottery, and should be a lock to acquire Zion’s services with the first overall selection. While the New York Knicks are rumoured to be Zion’s preferred destination in the NBA, reports also have it that the 6-foot-7 athletic forward also sees himself playing long-term in New Orleans.

With Davis all set to bolt out the door, Williamson will bring in a new era of Pelicans basketball. The Pelicans front office doesn’t appear to be bent on totally rebuilding as they are looking to hold on to star point guard Jrue Holiday. Power forward Julius Randle is likely to forego his player option for next season to earn a bigger contract in the summer. Zion’s type of play is a bit similar to Randle’s so it won’t come as a surprise if New Orleans lets Randle walk away in free agency.

With the World Cup just a couple of months away, the USA Basketball coaching staff are now escalating their efforts to enlist players for the star-studded roster. ESPN’s Adrian Wojnarowski listed out the names that new USA Basketball head coach Gregg Popovich is aiming to bring to the team.

Notably missing from the list are Team USA mainstay names such as LeBron James, Kevin Durant, Paul George and Kyrie Irving. While LeBron has reiterated his commitment to joining the team in the 2020 Tokyo Olympics, the 34-year old superstar forward’s summer is already occupied with preparations for the movies he would produce, as well as his involvement in recruiting star players to join him in Los Angeles. As for Durant, the Warriors star could be skipping the basketball festivities in August as he is still recovering from a calf injury that has been keeping him out of Golden State’s NBA Finals series against the Toronto Raptors.

Additionally, Marc Stein of The New York Times reported that Zion Williamson has also been extended an invitation to join the select team, earning him a chance to be selected to the final 12-man roster.

“USA Basketball has invited Zion Williamson to join the 10-man select team that will  compete alongside the 18-man training camp roster Coach Gregg Popovich will oversee in Las Vegas in early August, @NYTSports has learned.”

Reports also have it that veteran forwards P.J. Tucker from the Houston Rockets, and Paul Millsap from the Utah Jazz are participating in the training camp to inject much-needed cohesion and tough-mindedness to the powerhouse team. USA Basketball is slotted at Group E, where they are grouped with Turkey, Czech Republic and Japan.

Walton ouster already hinted out early in the season

After firing three-year head coach Luke Walton after the regular season, the Lakers have revamped their coaching staff with the hiring of head coach Frank Vogel, along with assistant coaches Jason Kidd and Lionel Hollins. While Walton’s firing was already expected around the league, Baxter Holmes of the ESPN now reports that LeBron James’ agent Rich Paul is one of the personalities that didn’t see eye-to-eye with how Walton handled the Lakers.

“In November, NBA commissioner Adam Silver and Maverick Carter, LeBron's  longtime business partner, met for lunch. James' agent, Rich Paul, was seated at a nearby table, and at one point, approached Silver to complain about Walton, multiple sources familiar with the interaction told ESPN. Paul said he didn't believe   Walton was the right coach for the Lakers. Silver shrugged off the remark and asked  whom Paul thought would be the right coach. Paul suggested Tyronn Lue.”

Paul has been a prominent figure in the NBA, especially this season. He is also the agent of New Orleans Pelicans center Anthony Davis, the superstar that the Lakers are still very desperate to trade for. Holmes also mentioned that Paul never liked how Walton managed the rotation of his players and also cited the inconsistent line-ups that the Lakers are fielding every game.

But if this is indeed true, one could make a case that any head coach in the NBA would still be experimenting with line-ups early in the season. Paul’s complaint to Silver happened in November so the Lakers are still in the process of meshing with each other, especially given the fact that half of the team just signed in the offseason.

Come December, the Lakers were already at the top five of the West, no easy feat to do in the stacked conference. They defeated the Golden State Warriors in their first match-up, the same game where James injured his groin that cost him a lot of games. The Lakers took a downward fall since then.

For more of Paul’s influence on the Lakers organization, Holmes included a statement from an anonymous agent that has an inside scoop on the team.

So the Davis-Lakers saga doesn’t come as a surprise anymore. Only Dell Demps, the Pelicans former general manager, stood in the way of that trade. Otherwise, Davis could have been wearing the purple-and-gold threads by now.

The NBA has announced that they will be moving up the start of the free agency moratorium this offseason, per ESPN’s Tim Bontemps.

“The NBA is expected to move up the start of its annual moratorium from midnight  on July 1 to 6pm on June 30, sources told ESPN. The move will shift the league  away from an antiquated system by allowing teams to start talking to players at a reasonable hour.”

While this isn’t really a big development, it is a primer for what would be a whirlwind of events on June 30. This summer’s free agency class boasts top-tier superstars Kevin Durant, Kyrie Irving, Jimmy Butler, Klay Thompson, Kemba Walker and Kawhi Leonard.