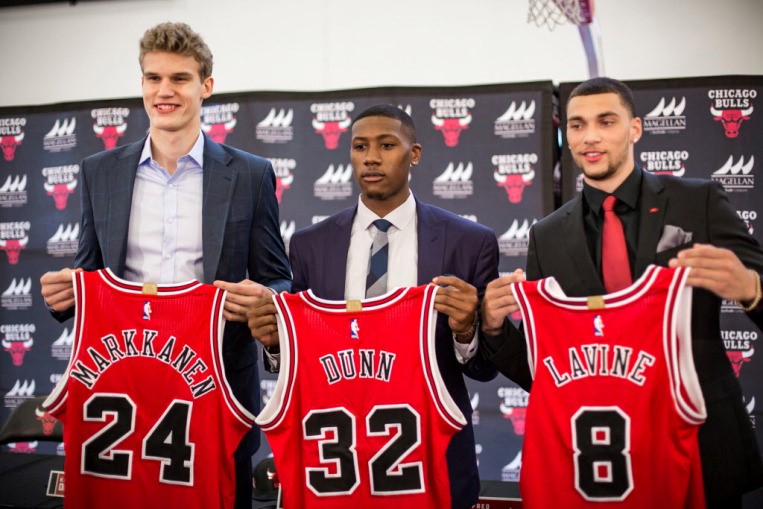 What’s worse than losing your season opener by blowout?

The Phoenix Suns lost their season opener to the Portland Trail Blazers by 48 points, the worst season opener defeat in NBA history. That appears to be worse. But actually, it’s not as bad as what the Chicago Bulls are experiencing right now.

The Bulls lost their season opener to the Toronto Raptors 117-100. They also lost their top two power forwards for a significant period: Nikola Mirotic for six weeks and Bobby Portis for 8 games. So how does a team lose two players who play the same position at this early stage of the season? Simple, both players were involved in one incident.

Punch In The Face 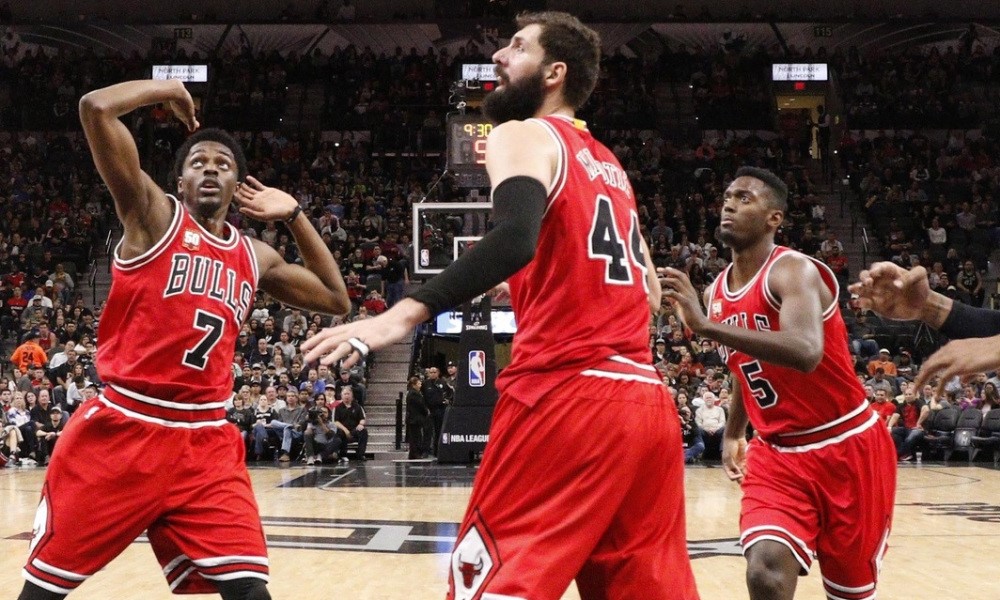 Mirotic and Portis forced each other out of the early season by fighting each other- in practice. Yes, Nikola Mirotic and Bobby Portis are teammates. But after a heated practice session just before the Bulls’ opening game against the Raptors, one of them ended up throwing a punch that put the other in the hospital. The other was suspended for disciplinary reasons.

According to sources, Bobby Portis threw a punch to Nikola Mirotic’s face after the two engaged in a shouting and shoving match-up during Tuesday’s practice. The sources said that Mirotic immediately dropped after being hit in the face and lay on the floor for several minutes. When all was said and done, Mirotic was sent to the hospital after sustaining a concussion and suffering fractured bones on his face. Per team sources, Mirotic may need surgery.

Following the incident, the Bulls suspended Portis for eight games as disciplinary action. VP of Basketball Operations John Paxson refuted earlier claims that Portis threw a cheap shot, saying both were at fault for the incident but that punching a teammate was ‘inexcusable’. Paxson went on to call Portis a ‘good kid’ who simply ‘made a mistake’. 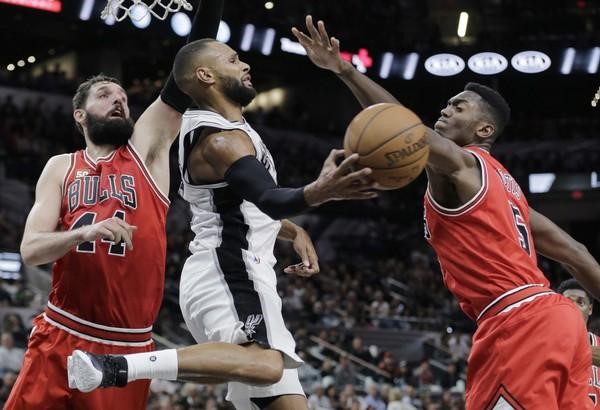 The conflict between Mirotic and Portis has been going on for years. This is according to some players and Paxson himself. The two power forwards have been involved in several shouting and shoving incidents since the 2015-16 season. Those old flames were re-lit during the Bulls’ preseason.

While Portis and the rest of the team worked tirelessly to earn their minutes, Mirotic was absent from all the workouts as he sorted out his contract issues. Sure, he was a restricted free agent awaiting a contract for most of the summer, but his absence at the Advocate Center probably rubbed off in a wrong way with his teammates.

During their exit interviews last May, players like Portis, Jerian Grant, Denzel Valentine and Cristiano Felicio were told by GM Gar Forman to work out at the Advocate Center during the summer. They were under the impression that if they worked hard in the summer, their efforts will be rewarded and recognized under the ‘new’ culture. 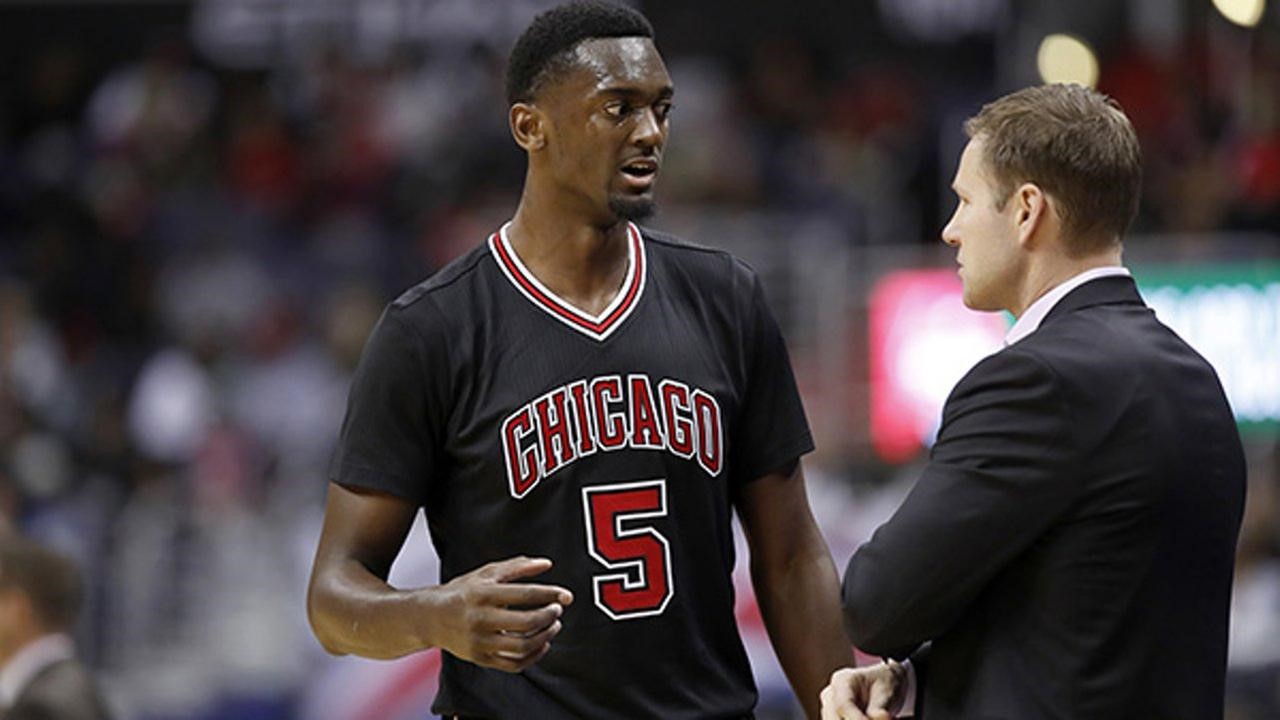 However, two weeks after Mirotic signed a two year deal with the Bulls, Fred Hoiberg proudly declared that he would be the starter at power forward, choosing him over Portis. If you were in Bobby Portis shoes, would you been happy with that announcement after all the hardwork you put during the offseason?

Clearly, there was a communication issue there. GM Foreman sent out a different message during the exit interviews and VP John Paxson making a statement that would contradict Foreman’s promises. This wasn’t the first time this happened to this group. In fact, it’s the reason why this team is where it is right now.

In the past, Jimmy Butler’s criticism of Hoiberg and Rajon Rondo’s infamous Instagram post were seen as the biggest distractions to the team. With Butler and Rondo ( plus Wade ) gone this season, things were supposed to go smooth relationship-wise for this young unit. Instead, it may have gone worse. 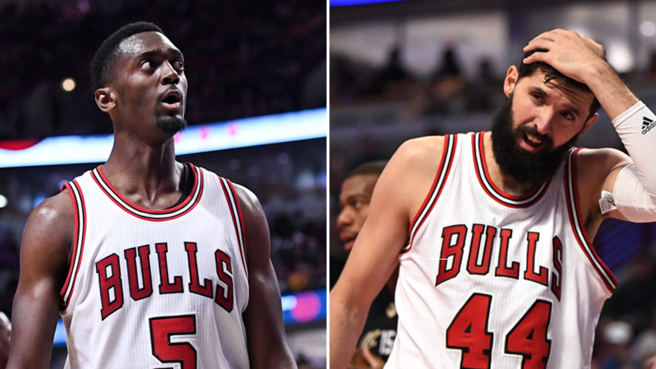 Now, the Bulls are two man down early in the season. The 26 year old Mirotic averaged 10.6 points and 5.5 rebounds per game for the Bulls last season. He is a valuable piece for the Bulls because at 6-10, Mirotic is a floor spacer given his ability to knock down the three ball.

Portis was the Bulls 22nd overall pick in 2015 out of Arkansas. The third year forward averaged 6.8 points and 4.4 rebounds per game last season. In an increased role after the first half of the 2016-17 season, Portis played 21.1 minutes per game and upped his scoring average to 10.2 points per game.

In the absence of both Mirotic and Portis, rookie Lauri Markkanen started at power forward for Chicago. The 7th overall pick of the 2017 NBA Draft scored 17 points ( 2-6 three point shooting ) and grabbed 8 rebounds in 33 minutes of action. Markkanen played for his NBA debut well but surprisingly, it was Robin Lopez who got the most shot opportunities for the Bulls at 15 FG attempts. 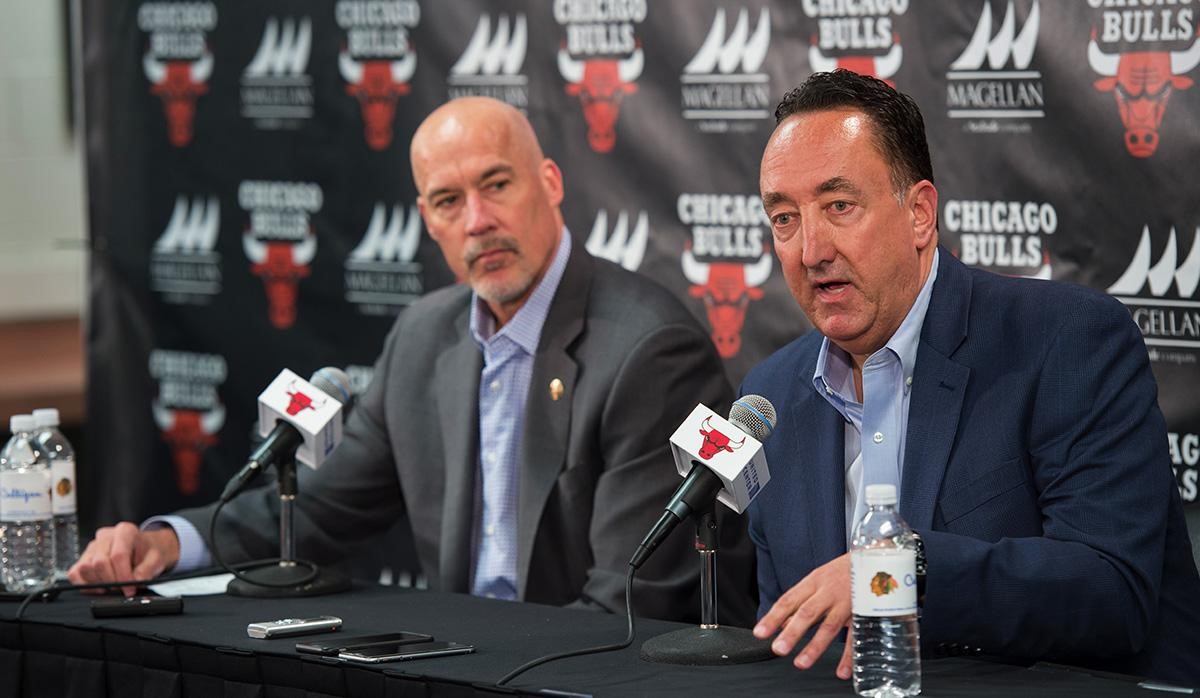 It’s always a coach’s dream to see his players go at each other and compete like hell during practice sessions. That shows how the players are taking things seriously. But being competitive and physical with your teammates doesn’t mean that somebody has to end up in the hospital.

"I think for us, it's obviously a lesson learned. All of our players saw it, they were around it, and it's a lesson learned. It's really unfortunate that it happened, and honestly, we're disappointed. It hurts both players, but it hurts our team. And I think at the end of the day when both Bobby and Niko digest it and look at it, they'll both understand the position they put their teammates in."

This incident will not dramatically affect much how the Bulls will finish in the team standings at the end of the season. After trading Jimmy Butler and letting go of Rajon Rondo and Dwyane Wade, they were expected to be at the bottom ( or near it ) of the league anyway.

But this cannot be called a rebuild season because in fact the players are destroying each other and doing so literally. The now famous Bobby Portis punch is a sign that this ‘new’ Bulls team is still suffering from its ‘old’ dysfunction. And neither Portis nor Mirotic is to blame here. Butler, Wade and/or Rondo were not the real problem last season either. It’s not the players, it’s the leadership in the organization that needs a rebuild.