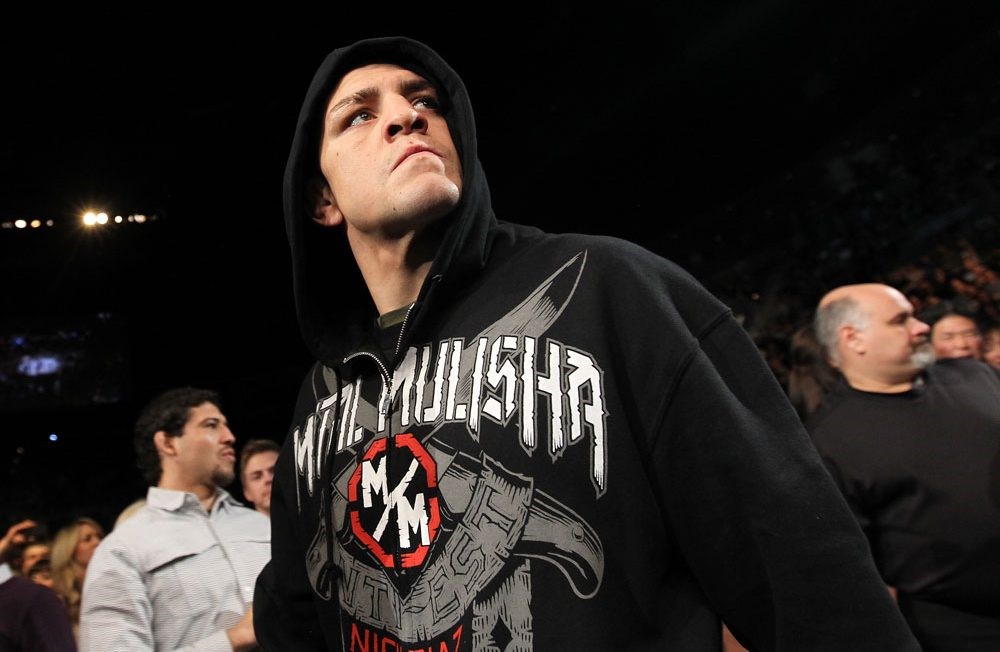 Nick Diaz To Return At UFC 235

Nick Diaz is back. Are you surprised MFs? Well, yes because many of us though that one half of the UFC’s famous Diaz brothers had already retired after a couple of USADA suspensions and a string legal woes. Apparently, were so wrong as Nick Diaz is said to be returning to MMA next year.

According to the ESPN’s Brett Okamoto, Diaz will make his long awaited octagon return in March 2019 and he will be facing a top 10 welterweight in the person of Jorge “Gamebred” Masvidal:

Breaking: The UFC is close to finalizing Nick Diaz's return to the Octagon, per Dana White. The fight is Jorge Masvidal at UFC 235 on March 2 in Las Vegas. Diaz's first appearance in more than four years. Story coming soon to @ESPN. 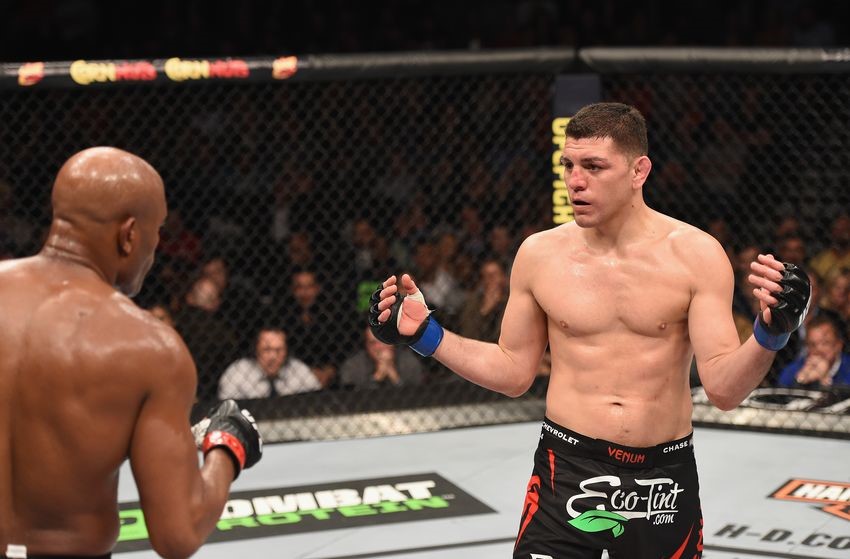 Diaz has not competed inside the octagon since fighting longtime UFC middleweight champion Anderson Silva at UFC 183. He lost that bout by decision but the verdict was later overturned into a no-decision after both fighters failed drug tests.

As for Diaz, he tested positive for traces of marijuana. Diaz is a known cannabis user so the findings weren’t surprising but because it was his third time to be flagged for marijuana use, Diaz was ordered to pay a $165K fine and suspended for five years. However, Diaz and his lawyers made an appeal and his sanctions were revised to a shortened suspension of 18 months and a reduced fine of $100K. That suspension was officially lifted on August 1, 2016.

A year later, Diaz was flagged by USADA for failing to report his whereabouts. As a member of the UFC’s USADA pool, Diaz is required to report his location. Failure to do so on three different occasions warrants a suspension. After Diaz missed his third straight drug test on April 19, 2017, he was suspended for another year by the USADA. But with the suspension retroactive to the date of the latest drug test missed, Diaz was eligible to compete 10 days after the suspension was officially announced.

Born To Be A Star

Despite that, there were no signs that Diaz was going to return to fighting, if ever. But because he never announced his retirement, his fans and the rest of the MMA world remained hopeful that they would see one of the sport’s most popular fighters return to the cage once again.

Diaz began his MMA career in 2001 shortly after his 18th birthday and he was born to be a star. He won the IFC welterweight championship in 2002 in only his second MMA fight, defeating Chris Lytle at IFC Warriors Challenge 17. In 2003, Diaz won the WEC welterweight title after submitting Joe Hurley with a kimura at WEC 6.

After his success in the IFC, the UFC signed Nick Diaz and he made his debut 17 UFC 44, submitting Jeremy Jackson in a bout that completed their trilogy. Jackson was the first fighter to defeat Diaz but the Stockton standout won the rematch and the third encounter, both by stoppage.

Diaz would go 3-4 in the UFC after submitting Jackson. However, he would go 15-2 over his next 17 fights, appearing in promotions such as Pride, EliteXC, Dream and Strikeforce. At Strikeforce, Diaz would win the promotion’s welterweight title and defend the belt successfully three times.

Nick would return to the UFC in 2011, defeating the legend B.J Penn. He beat Penn by decision and then next faced Calos for the interim UFC welterweight belt. Condit defeated Diaz by unanimous decision but Nick would earn a shot at Georges St. Pierre’s welterweight title. Once again, Dia would lose the fight via another unanimous decision. Almost two years of layoff, Diaz emerged to face Anderson Silva at UFC 183. We know how that bout ended.

Shortly after the announcement, the betting lines for the fight have opened and according to betmaker Betonline.ag, Diaz is currently a +135 underdog against Masvidal who is now pegged at -155. It’s a little surprising why the bookies are very high on Diaz who has not fought in nearly four years.

Masvidal is currently the promotion’s #9 ranked welterweight and although Gamebred is coming off back to back losses to former title challengers Demian Maia and Stephen Thompson, he has fought a total of nine times since Diaz last fought inside the octagon. Masvidal went 4-5 over that nine game stretch but four of the five losses during that period were by split decision. Gamebred posted finishes over Donald Cerrone, Jake Ellenberger and Cezar Ferreira during that stretch.

As for Diaz, he is coming off a very long layoff and we don’t know the condition he is in right now although knowing Nick Diaz, he will be ready to fight anybody when the right time comes. Diaz may be the underdog right now but we know very well how huge his fanbase is and when the betting money arrives, the verbal assassin could very well turn the betting tables to his side.

But it’s not just betting money that matters here. What matters more is that one of the UFC’s top crowd favorites is going to return to the octagon after a four year absence. UFC 235 will take place on March 2, 2019 at the T-Mobile Arena in Las Vegas, Nevada via pay per view. The event still doesn’t have a main event although the Diaz-Masvidal showdown, once made official, is expected to be the co-main event. That’s dope.

Let us emphasize though that the terms and contracts of the bout haven’t been signed yet although sources are confirming it’s close to being s done deal. And because we are dealing with a “Diaz brother” here, let’s not get too ahead of ourselves until Nick puts pen to paper. But yeah, this is actually great news and a good sign at the very least. Keep your fingers crossed.